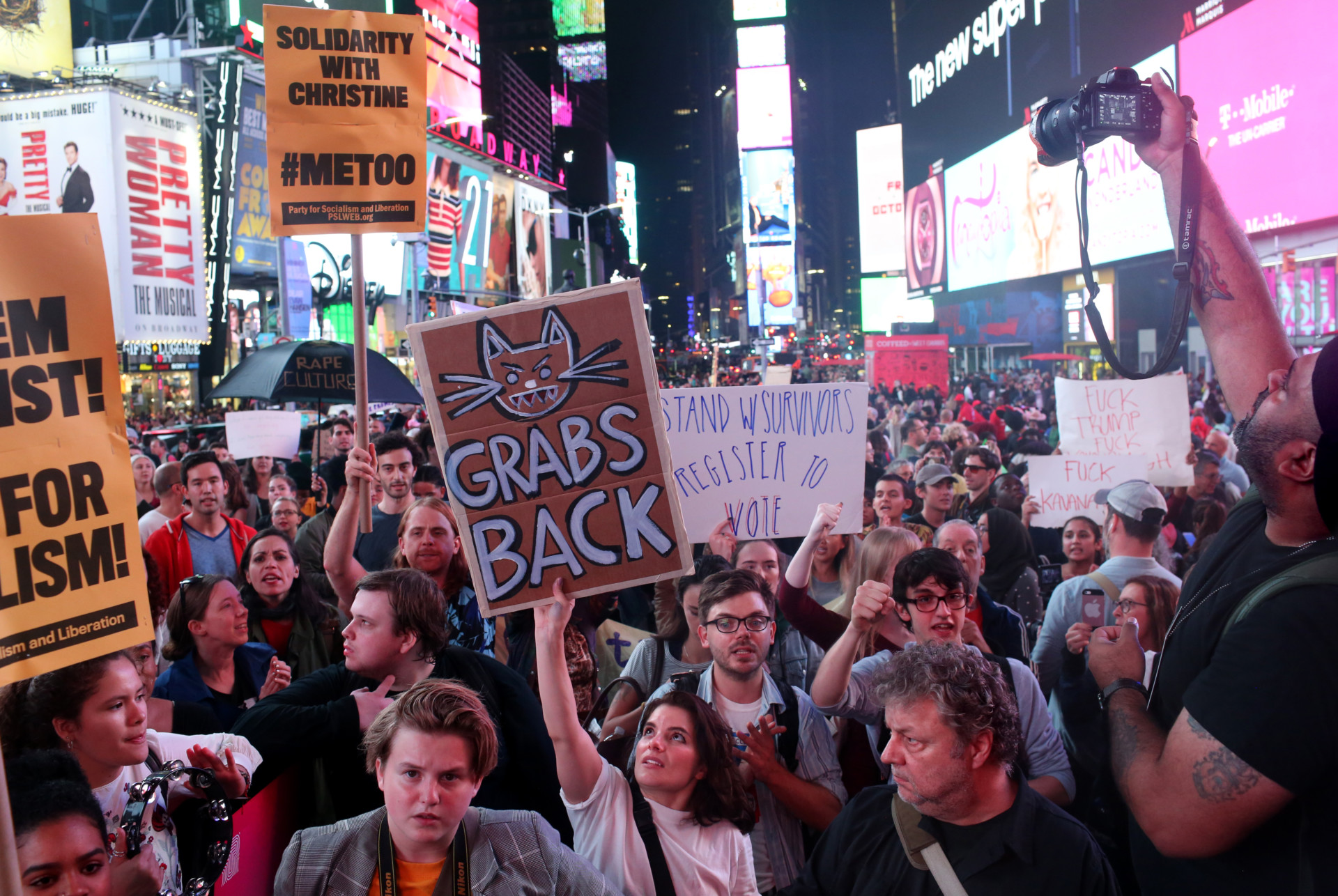 As the midterm elections near, President Donald Trump and other Republicans have sought to brand Democrats as mad, unruly and incapable of governing.

But a recent Morning Consult/Politico survey shows that while more voters considered Democrats to be angry, it was Republicans who were less likely to be viewed as civil. 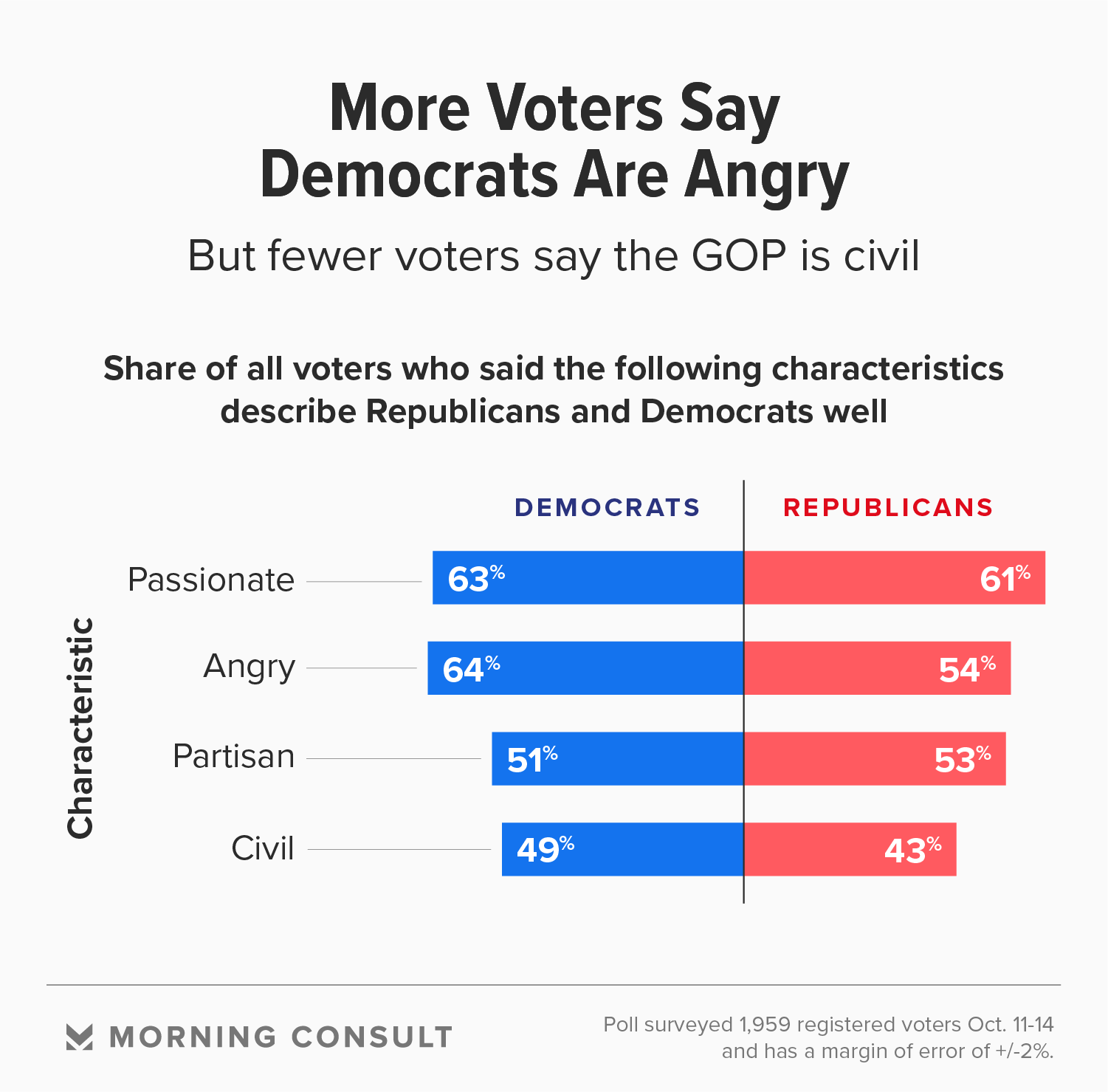 In the Oct. 11-14 poll, 64 percent of registered voters said the term “angry” described Democrats well, compared with 54 percent who said the same was true for Republicans. When it came to who was considered civil, Democrats held a narrow edge over Republicans: 49 percent to 43 percent.

The poll of 1,959 registered voters, which carries a 2 percentage point margin of error, was conducted after former Attorney General Eric Holder, a possible Democratic presidential candidate in 2020, produced an alternate version of former First Lady Michelle Obama’s famous slogan: “When they go low, we go high.”

“When they go low, we kick them,” he said at an Oct. 7 event for Democratic candidates in Georgia, clarifying later in his remarks that he didn’t “mean we do anything inappropriate.” That did not stop House Majority Whip Steve Scalise (R-La.), who nearly died after being shot by a left-wing extremist in 2017, from describing the remarks as a “call for violence.”

Holder said on Twitter to “stop the fake outrage,” explaining that he was “not advocating violence.”

Those Democrats were also significantly more likely to acknowledge their own anger: Fifty-nine percent described themselves as angry, 18 points higher than the 41 percent of Republicans who reported that feeling. The party’s strategists will be hoping its voters — much like the conservative tea party movement from 2010 — channel that rage into votes on Nov. 6.