But voters most hope to see congressional action on weather-resilient infrastructure, water and emissions 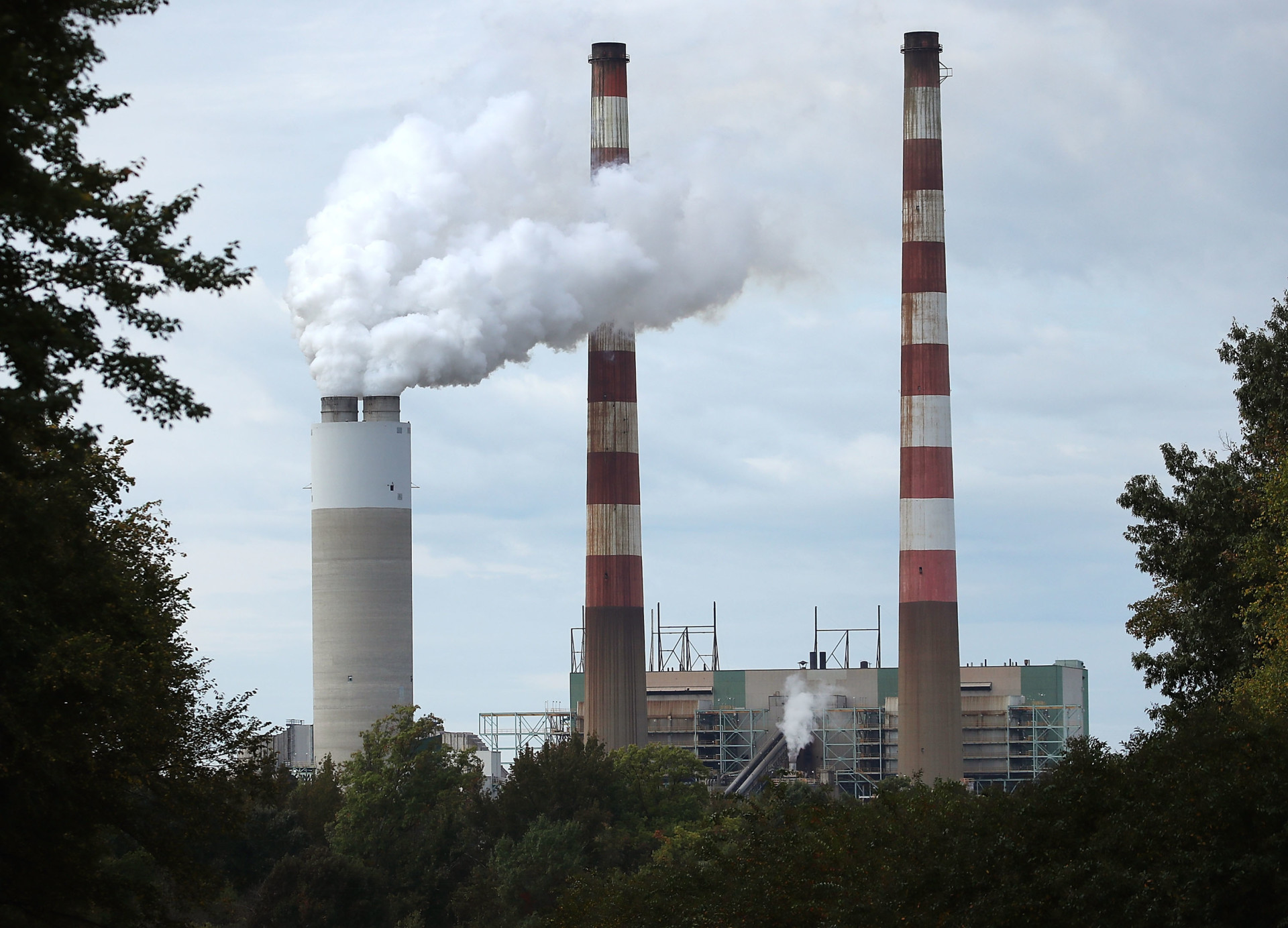 The coal-fired Morgantown Generating Station in Newburg, Md., in October 2017. When asked about several energy-related topics in a Morning Consult/Politico poll, more voters said that having the next Congress address emissions or other environmental issues should be a top priority. (Photo by Mark Wilson/Getty Images)
By Jacqueline Toth

Officials at agencies with energy and environmental missions can confidently expect greater scrutiny from the 116th Congress now that Democrats will control the lower chamber.

But Democrats lack a 60-vote threshold in the Senate to pass legislation that is not bipartisan. Democratic aides in Congress largely agreed that the most their party can hope for is shedding light on any missteps they see from the Trump administration on policy or implementation.

One Democratic aide suggested that a Democrat-led House can now publicly discuss a lack of transparency at several federal agencies that was previously only known due to media reports of internal administrative directives. 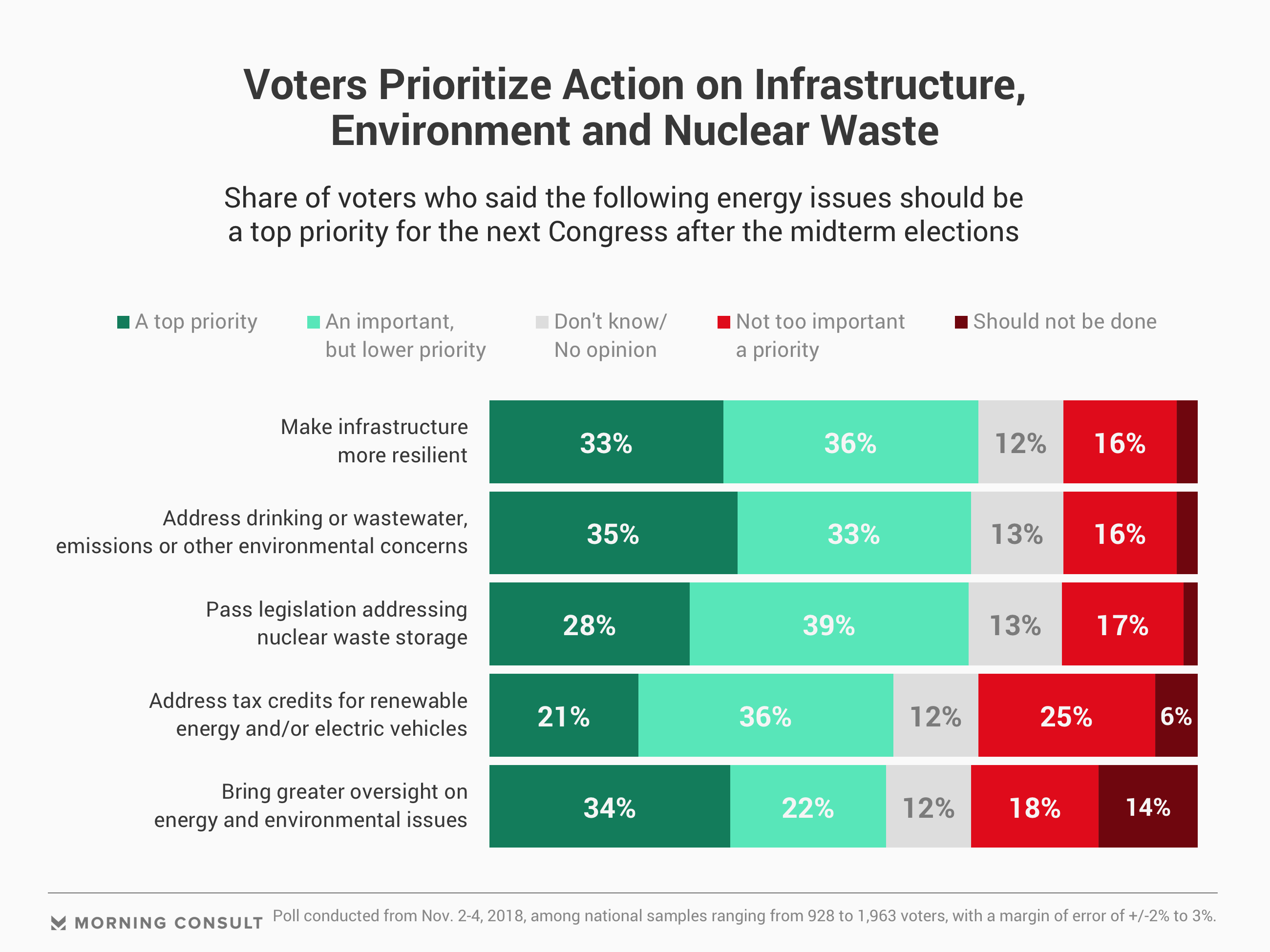 “The Republicans really haven’t been doing that, and so it’s going to be a very productive activity” for House Democrats, he said on Wednesday.

A Morning Consult/Politico survey conducted Nov. 2-4 asked registered voters about their priorities for what Congress should do in the new session. Among energy and environmental issues polled, addressing environmental concerns such as drinking water, wastewater and emissions drew the most interest, with 35 percent of voters considering it a top priority for lawmakers. That included 46 percent of Democrats, 34 percent of independents and 26 percent of Republicans.

Another of voters’ top energy and environment priorities is for Congress to bring greater oversight to the Trump administration’s actions in that area, selected by 34 percent of voters, and passing legislation to make infrastructure more resilient to severe weather. The poll surveyed a national sample ranging from 928 to 1,964 registered voters.

As soon as you start subpoenaing documents, you never know what’s going to turn up that could end up having some big impact down the road.

Aaron Weiss, media director of the Center for Western Priorities

Of course, energy and the environment were rarely top of mind for most voters, compared to issues such as health care. For example, 71 percent of voters in the survey said addressing the rising cost of health care merits being a top priority for Congress, and 79 percent said the same about passing legislation to protect patients from surprise medical bills.

In addition to providing more money for green energy and drinking water infrastructure, Frank Pallone (D-N.J.), the top Democrat on the House Energy and Commerce committee, plans to focus on the actions of the EPA, according to his spokesman.

In a statement issued Wednesday, Pallone said he would soon ask committee members to support him to be chairman next year and that the panel will “conduct vigorous oversight of the Trump Administration.”

Rep. Diana DeGette (D-Colo.), who has long served as ranking member of the Oversight and Investigations Subcommittee on Energy and Commerce, is particularly interested in addressing climate change and the impact of energy production on the environment, according to her communications director, Lynne Weil.

She also wants to address water quality and ensure that the Environmental Protection Agency legally implements the amendments to the 2016 Toxic Substances Control Act, which regulates chemicals in the United States, and will have more opportunity to examine those issues in a majority-Democratic House, Weil said.

Congress also has a role to play in ensuring ethics rules are followed at the agencies, though Weil was uncertain where that would fit in terms of legislative priorities, she said on Nov. 1, ahead of the election.

Rep. Bobby Rush (D-Ill.), ranking member of the Energy and Commerce’s Energy Subcommittee, is likely to become its chairman next session. In that role, he intends to focus on issues such as an infrastructure package that includes grid modernization and updating natural gas and lead water pipelines, Ryan Johnson, his communications director, said in an email Wednesday. Rush also “intends to hold public officials accountable at agencies that fall under the jurisdiction of the Energy Subcommittee,” Johnson said.

Aides and others did not see an appetite in Congress for legislation that targets actions Democrats consider illegal or underhanded in the federal bureaucracy, such as at the EPA, Energy Department or Interior Department.

Instead, they suggested that lawmakers can play a role in creating a record that could prove helpful to litigation against the Trump administration’s actions that is currently making its way through the court system.

A key impact of greater Democratic oversight “certainly could be shaking something loose that ends up having an effect either on these lawsuits or on the investigations into [Interior] Secretary [Ryan] Zinke,” said Aaron Weiss, media director of the Center for Western Priorities, on Wednesday.

“As soon as you start subpoenaing documents, you never know what’s going to turn up that could end up having some big impact down the road,” he said.

For their part, House Republicans focused on priorities that may gain bipartisan support in the next Congress.

Sarah Matthews, spokeswoman for the House Energy and Commerce panel, suggested by email Wednesday that current Chairman Greg Walden (R-Ore.) “has and always will reach across the aisle” on policies that benefit job growth and consumers.

“It’s in America’s interest that we find common ground on a number of vital issues such as completing the licensing process for the permanent repository at Yucca Mountain, which has long enjoyed broad bipartisan support,” she said.

Related: Pluralities of Democrats and Republicans Want Congress to Focus on Data Protection

The head of the House Natural Resources committee, Rob Bishop (R-Utah), plans to focus on making public lands accessible and reducing regulatory burdens at the agency level, a spokeswoman said by email on Tuesday.

The committee declined to comment further on Wednesday about whether Bishop intends to work with Democrats on legislation.

More bipartisan energy legislation might come from the Senate.

Weiss, from the Center for Western Priorities, said the Senate Energy and Natural Resources Committee “has always been one of the most functioning bipartisan committees,” something he expects to continue in January.

This story has been updated with new comments from lawmakers and experts on Wednesday, following the announcement of midterm election results.