Self-Driving Legislation Sputters in 2018, and 2019 Prospects Aren’t Much Better 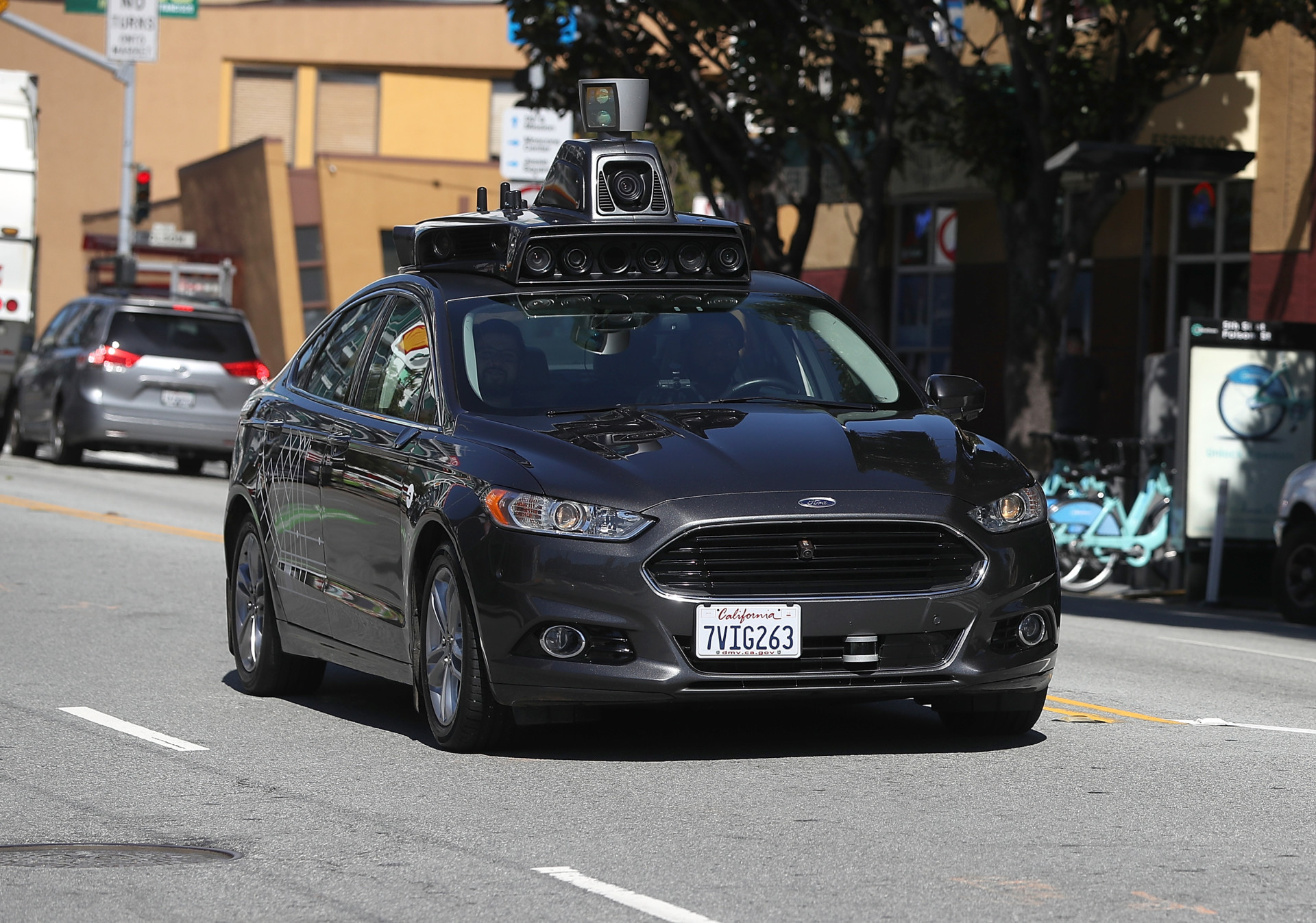 Congress was unable to pass legislation to speed up the production and development of self-driving vehicles before the end of the year, and some lawmakers and experts say that even if efforts to reintroduce the bill next year are ultimately successful, the measure may not be enough to assuage safety concerns because it lacks an enforceable federal safety framework.

The House passed autonomous vehicle legislation, H.R. 3388, by voice vote last year that would help create uniform standards for the development of driverless cars. Senate supporters of S. 1885, the Senate counterpart to the House bill, had hoped to attach the bill to an end-of-year spending measure, but lawmakers were unable to pass the bill before the end of the congressional session. The Senate bill stalled this year as a result of holds from Democratic senators who expressed concerns that the legislation “indefinitely” preempts state and local safety regulations even in the absence of federal standards. Until those Democratic lawmakers’ concerns are addressed, next year’s prospects for congressional legislation are dim.

The lack of an enforceable federal safety framework for regulating driverless cars has resulted in a patchwork of different state actions and voluntary Transportation Department guidance. Thirty states and the District of Columbia have enacted autonomous vehicle legislation, according to the National Conference of State Legislatures, while governors in at least 11 states have issued executive orders on self-driving vehicles.

Jeff Bridges, a Democratic member of the Colorado House of Representatives, co-sponsored legislation to allow autonomous vehicles to operate in the state.

Bridges said the bill, which was signed into law by Colorado Gov. John Hickenlooper (D) in June, provides a solid foundation for companies that want to safely test driverless vehicles to do so in conjunction with the Colorado Department of Transportation and the Colorado State Patrol. But Bridges said the federal government should ultimately be taking the lead over states in passing self-driving car legislation.

“States shouldn’t be having to pass legislation about driverless cars like that,” Bridges said.

Rep. Bob Latta (R-Ohio), who sponsored the U.S. House of Representatives’ self-driving car legislation, said that if Congress doesn’t act, “you could have 50 states and the District of Columbia doing their own thing.” 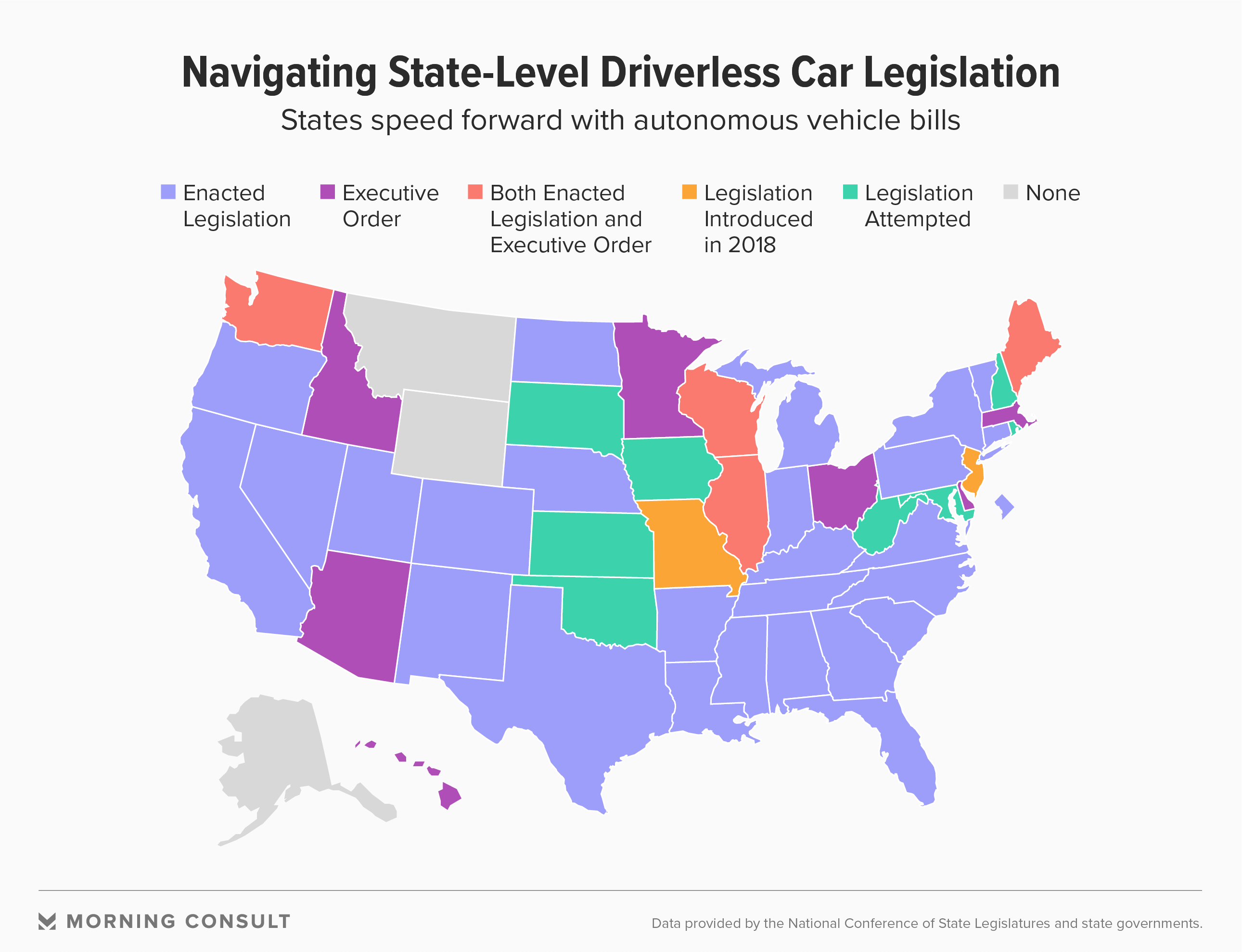 Self-driving cars and vehicles with semi-autonomous components are already on the road — and involved in accidents. In Tempe, Ariz., this year, an Uber Technologies Inc. self-driving prototype struck and killed a pedestrian, with the Tempe Police Department calling the accident “entirely avoidable” in a report that alleged that the car’s safety driver may have been watching Hulu at the time of the fatal crash. In March, a Tesla Inc. Model X driver was killed while the car’s Autopilot was engaged after colliding with a freeway median barrier.

David Friedman, vice president of advocacy at Consumer Reports and a former deputy and acting administrator of the National Highway Traffic Safety Administration, said lawmakers should focus on legislation that invests in NHTSA and requires the agency “to quickly set federal safety standards.”

“My honest fear is this kind of reckless, rush-ahead approach is going to delay the technology because consumers are going to have knee-jerk reactions every time a company messes up,” Friedman said. “And the way you guard against that is you set a bar for every company.”

The Department of Transportation in October released its third iteration of voluntary guidelines to help the auto industry move forward with the production and development of driverless cars. The report noted that NHTSA, a federal agency charged with ensuring motor vehicle safety, plans to move ahead with plans “to reconsider the necessity and appropriateness of its current safety standards,” including seeking public comment on proposed changes and exemptions to certain standards.

But since those guidelines are not enforceable — particularly as they relate to automakers providing federal officials with data and information on the vehicles — it’s up to Congress to provide a federal framework, including NHTSA funding.

“If we have to start over, and we don’t give NHTSA the tools they need to improve safety — and it’s just a voluntary guidance — that’s not a good thing,” said Rep. Debbie Dingell (D-Mich.), a member of the House Energy and Commerce Committee who supported the House version of the legislation.

Rep. Jan Schakowsky (D-Ill.), who worked with Latta on the Energy and Commerce Committee to help craft the House’s driverless car bill, said the effort remains “a work in progress.”  But the lawmaker said that the House legislation better addresses security and privacy concerns than its Senate counterpart and could serve as a template if the legislative process has to restart next year in a Democrat-controlled chamber.

“I am very hopeful that it’s just knocking out some of the details to make sure we go forward in a way that does protect consumer safety, privacy, and the rights of our states and local governments,” Schakowsky said. “I think it’s really going to be more about some of the nitty-gritty, but I think that there is a sense among everyone that we do need it, and it’s time for us to move forward.”