Otting said not releasing vetting information is his ‘prerogative’ 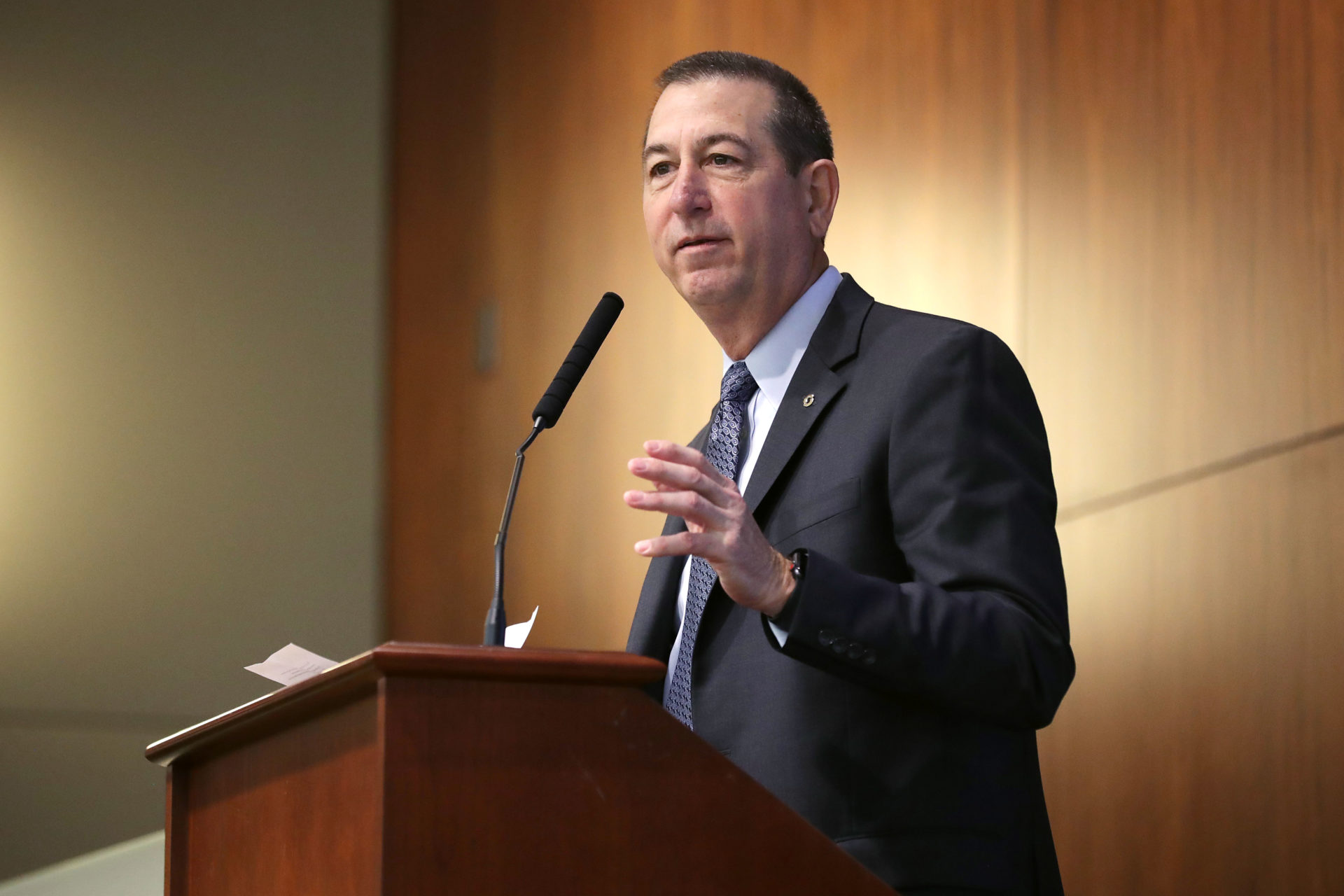 Comptroller of the Currency Joseph Otting, pictured during a conference on financial technology at the Federal Deposit Insurance Corporation on April 24, 2019, said the OCC will review Wells Fargo's pick for its next CEO, but won't release that vetting to the public. (Chip Somodevilla/Getty Images)
By Claire Williams

Otting’s comments came after Sen. Elizabeth Warren (D-Mass.) questioned him at the hearing with other financial regulators on the OCC’s plans to vet any potential Wells Fargo CEO.

Wells Fargo’s former CEO, Tim Sloan, left the bank shortly after testifying in front of Congress about the bank’s multiple consumer scandals and receiving a public rebuke from the OCC in March. While Allen Parker, the lender’s general counsel, is currently serving as acting CEO, Wells Fargo is still searching for a permanent chief executive.

Warren said the OCC has the power to “effectively veto” the candidates of some banks. The OCC has previously waived that right with Wells Fargo in consent orders on the bank, including in 2016 after the fake accounts scandal, she said.

“The result was that Tim Sloan, a bank insider, complicit in the fake account scam, became CEO without a peep from the OCC,” Warren said.

While Otting told the bank panel that the OCC will conduct a review, he confirmed the results will be treated as confidential supervisory information, with the decision to not release the results of the review at his “prerogative,” he said.

Warren has pressured Otting and the OCC to take a tougher stance on Wells Fargo in the past. In a heated exchange with Warren, Otting said that no one has been “tougher on Wells Fargo than myself.”

“I would disagree with that, I find it insulting that you would make that comment,” Otting responded.