Democrats, Republicans disagree on whether brands are doing enough to address the issue 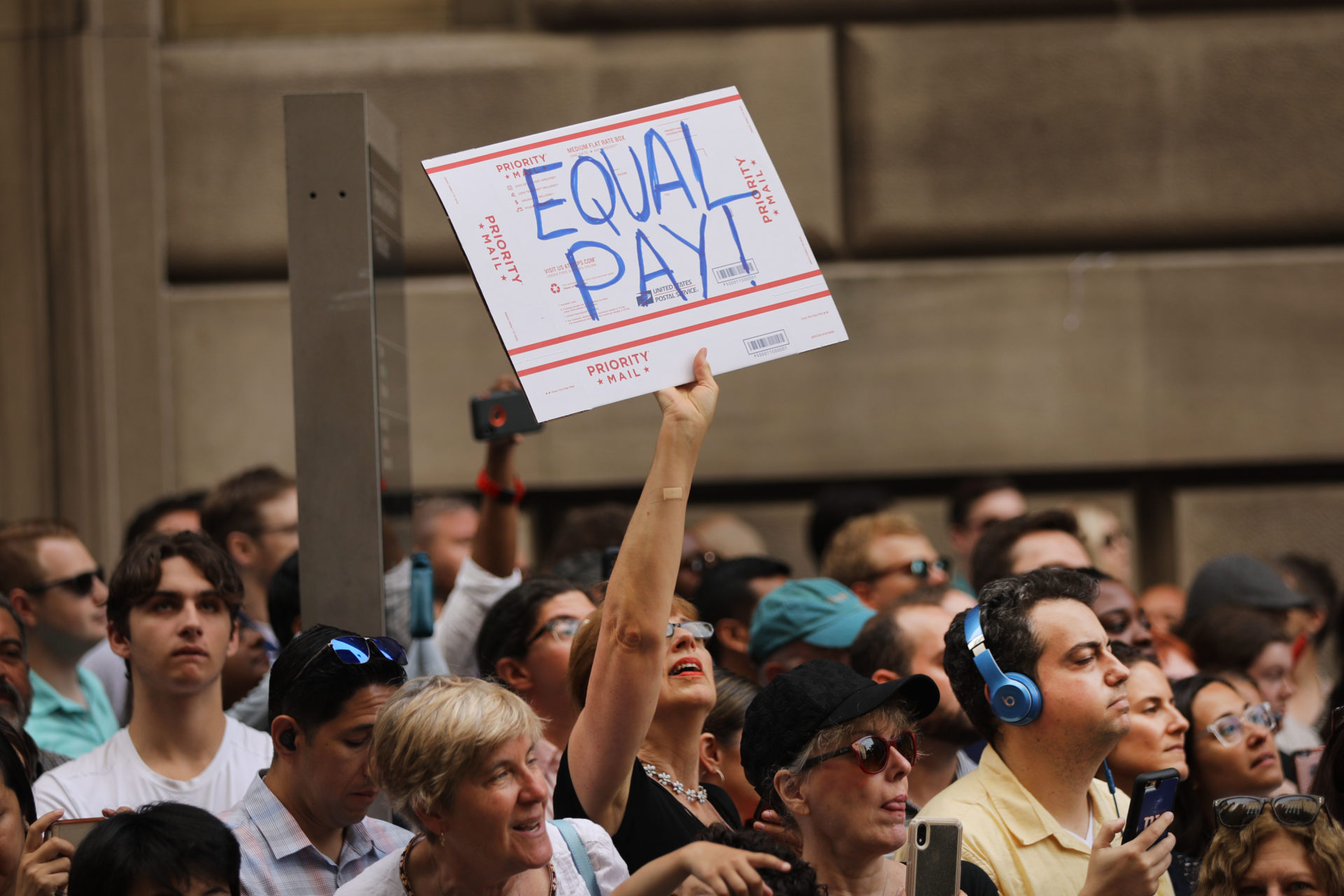 Supporters of the U.S. women's national soccer team cheered during a ticker tape parade for the 2019 Women's World Cup champions on July 10 in New York. During the tournament, team members spoke about the disparity in pay between male and female soccer players in the United States. (Spencer Platt/Getty Images)
By Joanna Piacenza

As the U.S. women’s national team started to celebrate their 2-0 World Cup win over the Netherlands earlier this month, the energetic crowd shifted from cheering on the group’s record fourth title to chanting a mantra of a slightly different tone when FIFA President Gianni Infantino took to the field: “equal pay.”

The U.S. women’s team has been outspoken about their fight for equal pay in the world of professional soccer: In March, 28 members of the team filed a gender discrimination lawsuit against the U.S. Soccer Federation, a follow-up to a 2016 complaint with the U.S. Equal Employment Opportunity Commission, which in February allowed the women’s team to sue U.S. Soccer. In the lead-up to their World Cup victory, several players on the team — most notably co-captain Megan Rapinoe — have talked openly about what they called an unfair pay structure at U.S. Soccer.

And new polling from Morning Consult, in partnership with women’s empowerment organization ASCEND, shows just how powerful and persuasive the U.S. women’s national team has been on this issue in just the past few weeks, and illustrates the political divisiveness that ensues when brands take a stand on gender and pay. 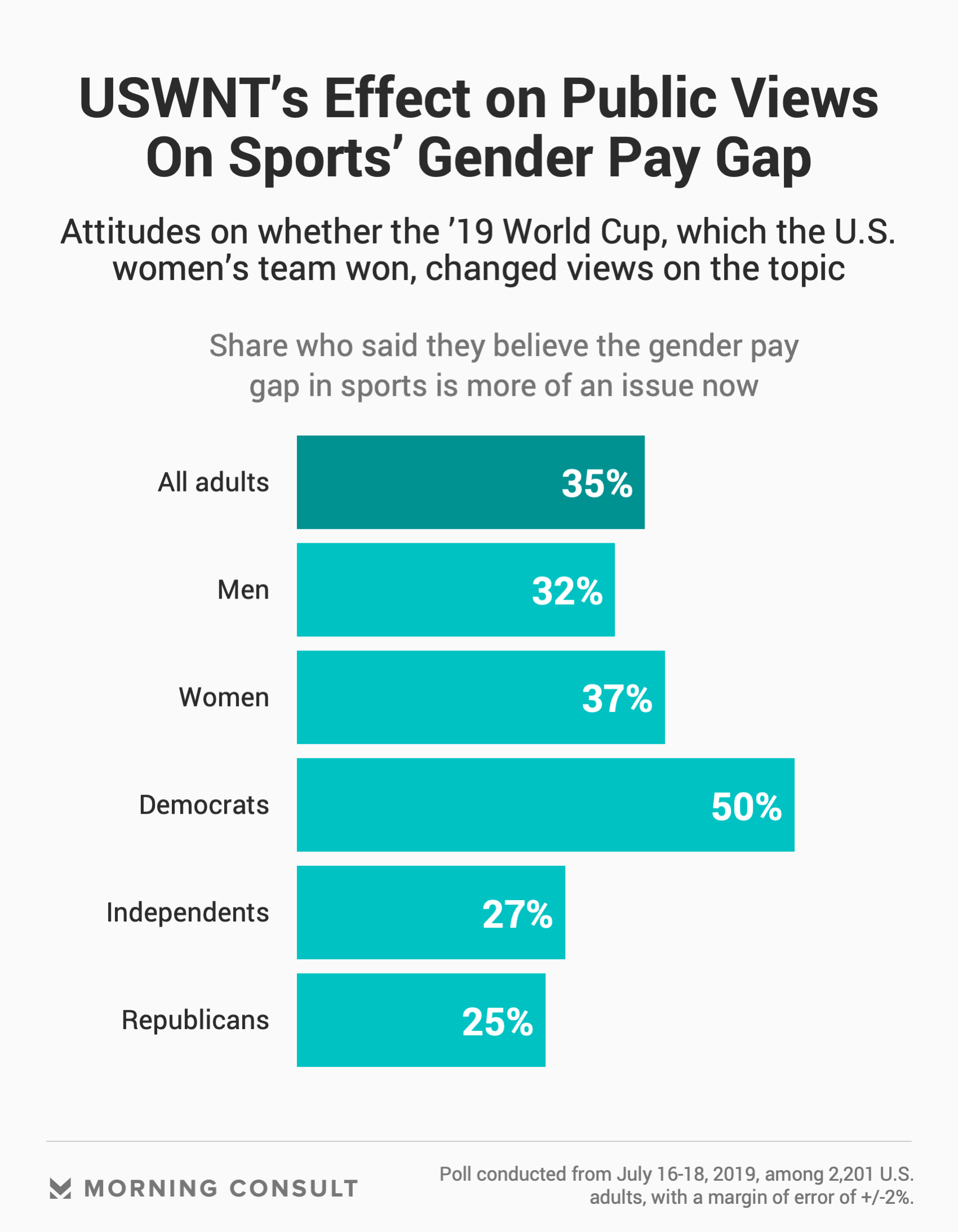 While most respondents said their minds weren’t changed (40 percent) or offered no opinion (21 percent), more than one-third of the U.S. public said they now consider the gender pay gap in professional sports to be more of an issue specifically because of the U.S. women’s team’s victory in the World Cup. Four percent said they believe the pay difference in sports is less of an issue now.

Although the pay structures for men’s and women’s teams are very different — characterized by Rapinoe as “apples to oranges” during a July 12 episode of Pod Save America — the women’s team argues in its lawsuit against U.S. Soccer that female athletes are considerably underpaid compared to their male counterparts.

Los Angeles Times columnist Kevin Baxter, however, reported that the union representing the women’s team negotiated a base pay of $100,000, plus another $72,500 for playing in the National Women’s Soccer League. U.S. Soccer did not respond to requests for comment. 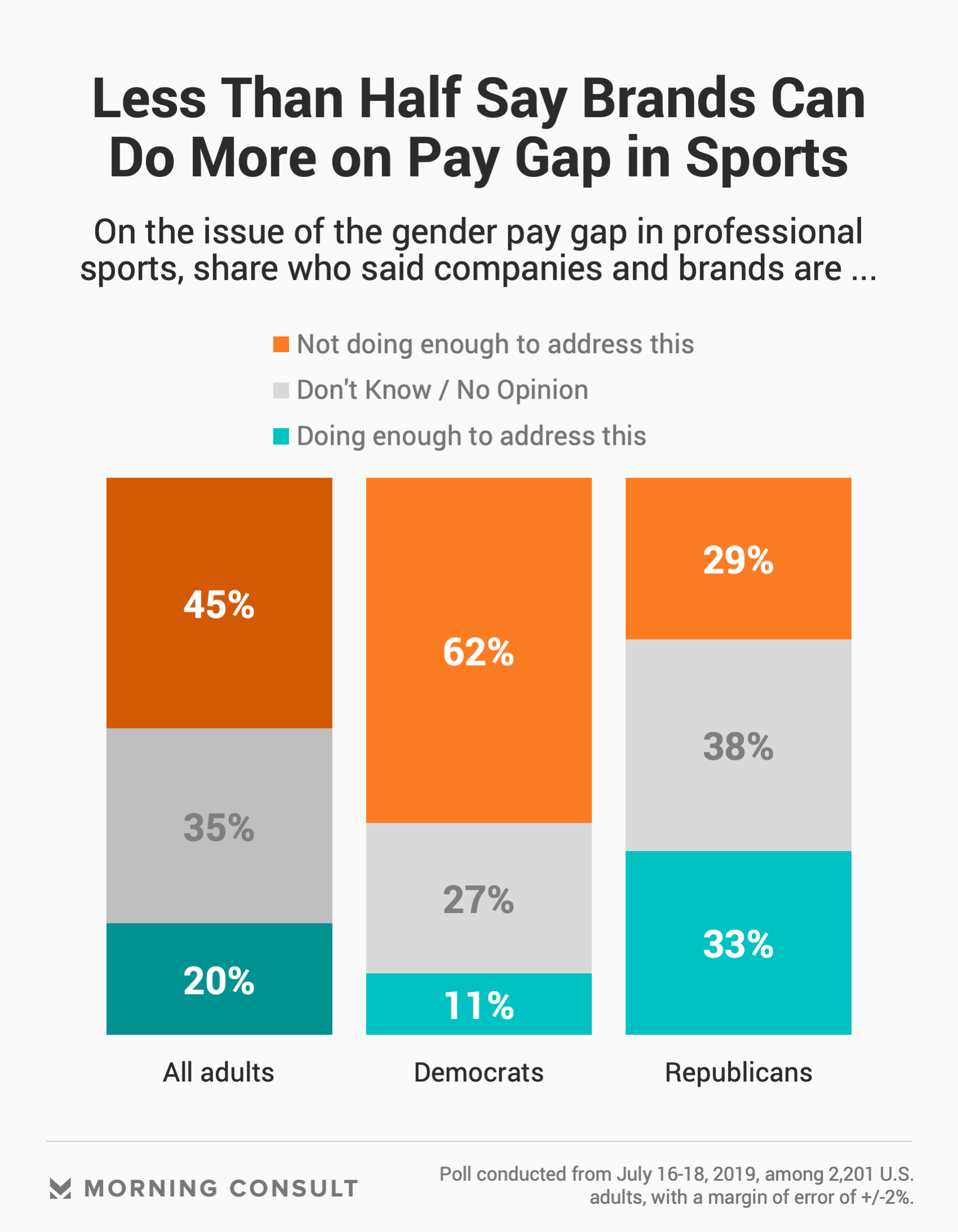 Several brands, such as Clif Bar & Co.’s Luna Bars and Adidas AG, have helped elevate the issue as well, pledging to donate money directly to team athletes to help balance out salary discrepancies in the league. Most recently, Procter & Gamble Co.’s Secret Deodorant donated $529,000 to the U.S. women’s team after they won the World Cup.

But the public is divided along party lines on what kind of role brands and companies should be taking on when it comes to the pay gap between men and women in general — which could stem from general perceptions of the pay disparity itself.

Men are about twice as likely as women to say the gender pay divide doesn’t exist (19 percent vs. 10 percent).

Related: Sisterhood in the Workplace Only Goes So Far When It Comes to Perceptions of Pay
Gender Inequality Soccer World Cup