But more adults overall would rather stream new releases 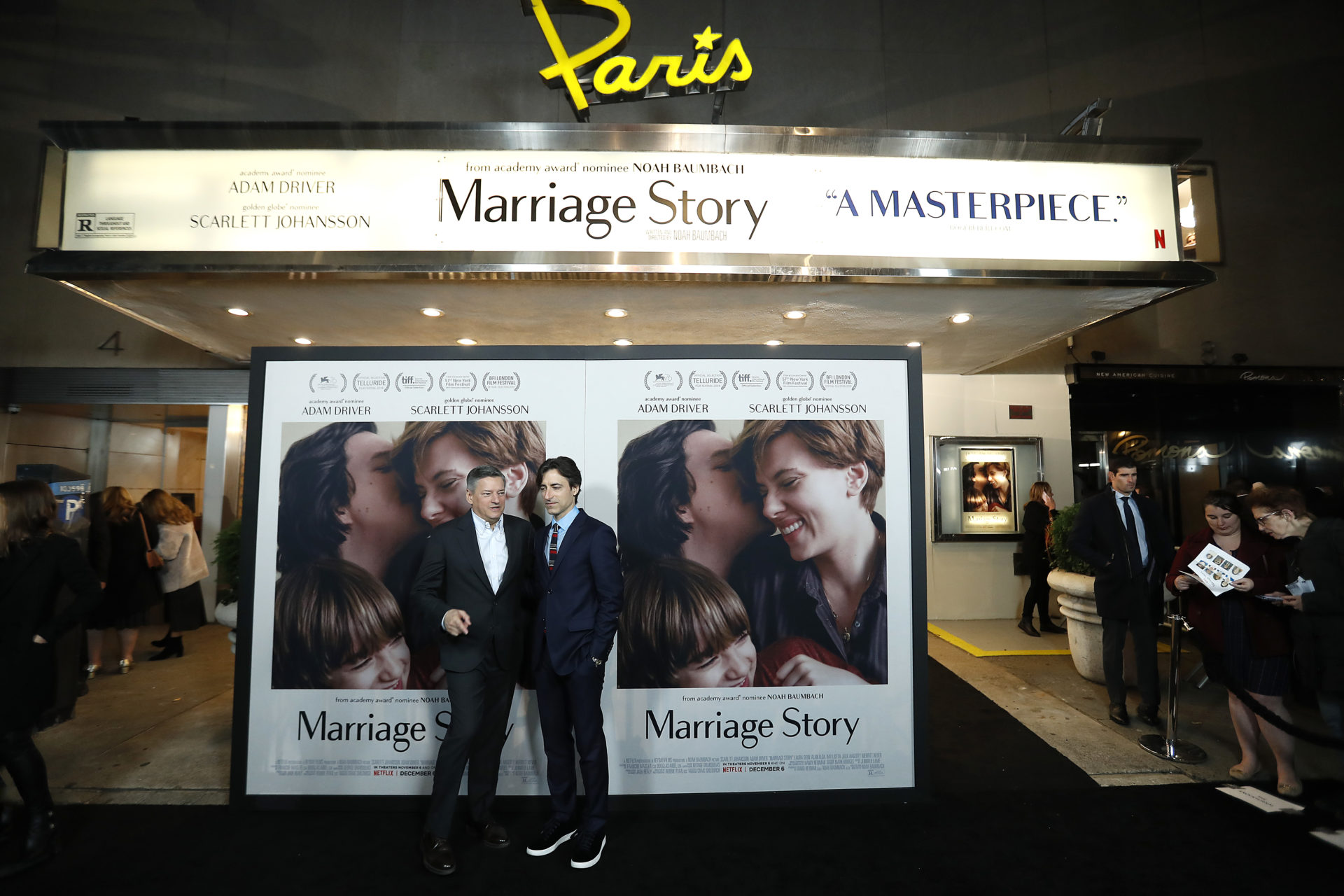 In an effort to qualify for awards season prizes, Netflix Inc. has been releasing select films in movie theaters — often at the same time or shortly before it releases them on streaming services. And while new polling finds that adults overall are more likely to prefer seeing new releases via streaming, those ages 18-29 are almost evenly split on whether they would rather check out a buzzy new release at their local movie theater or stay on the couch and hit play.

A Jan. 8-9 Morning Consult/The Hollywood Reporter survey of 2,200 U.S. adults found that a 48 percent plurality of adults strongly or somewhat preferred to watch recently released films via streaming services, compared to 37 percent who said they would rather see them on the silver screen. However, those ages 18-29 were evenly split on where they preferred to watch new films: Forty-five percent said they preferred going to movie theaters, while 46 percent said they liked to stay home and watch on a streaming service. 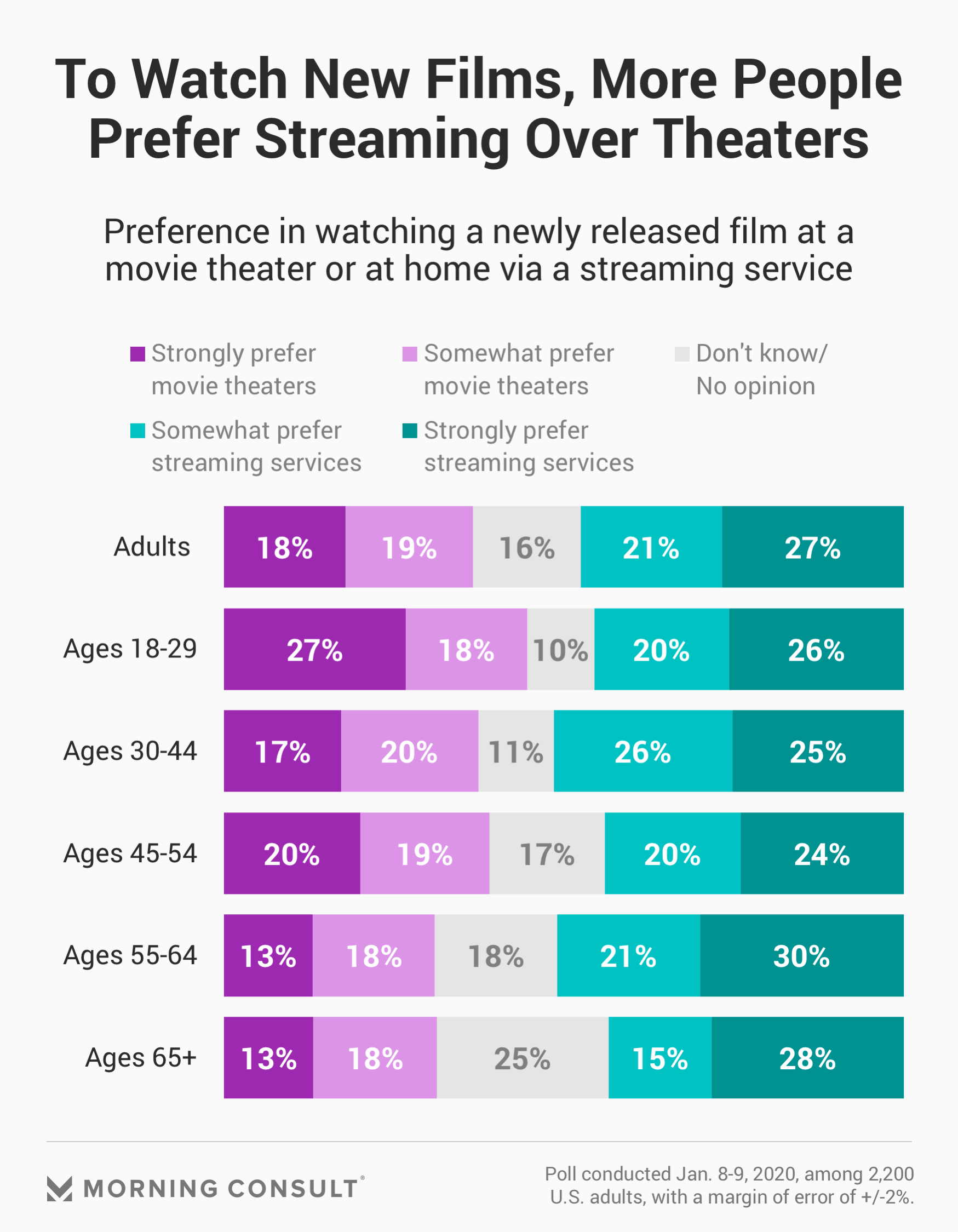 The poll’s overall margin of error is 2 percentage points, while the margin or error for the 18-29 subsample is 5 points.

Among the 1,047 adults who said they preferred to watch new releases through streaming services first, 71 percent cited streaming’s affordability compared to movie theaters as a major factor. And 39 percent said the main reason they preferred the format was because they could watch the film in the comfort of their own home.

In order to be nominated for an Oscar, a film must play “for a theatrical qualifying run of at least seven consecutive days,” according to the Academy of Motion Picture Arts and Sciences. In order to align with eligibility rules, Netflix has been releasing select films in a limited fashion, with a film’s theatrical run sometimes overlapping with its streaming release.

But just because a film is available in theaters doesn’t mean audiences will see it there.

Martin Scorsese’s three-and-a-half-hour epic “The Irishman” was released in select theaters Nov. 1, 2019, weeks before its Nov. 27 Netflix streaming debut. But despite the head start, respondents were five times more likely to say they’d watched the film via a streaming service (15 percent) than in theaters (3 percent). Three of Netflix’s other awards contenders — “Marriage Story,” “Dolemite is My Name” and “The Two Popes” — had an even lower rate of traditional viewership, with just 1 percent of the public saying they had seen each of these films in a movie theater.