In Another Letter, Elizabeth Warren Again Presses Fed Nominee on Past Statements 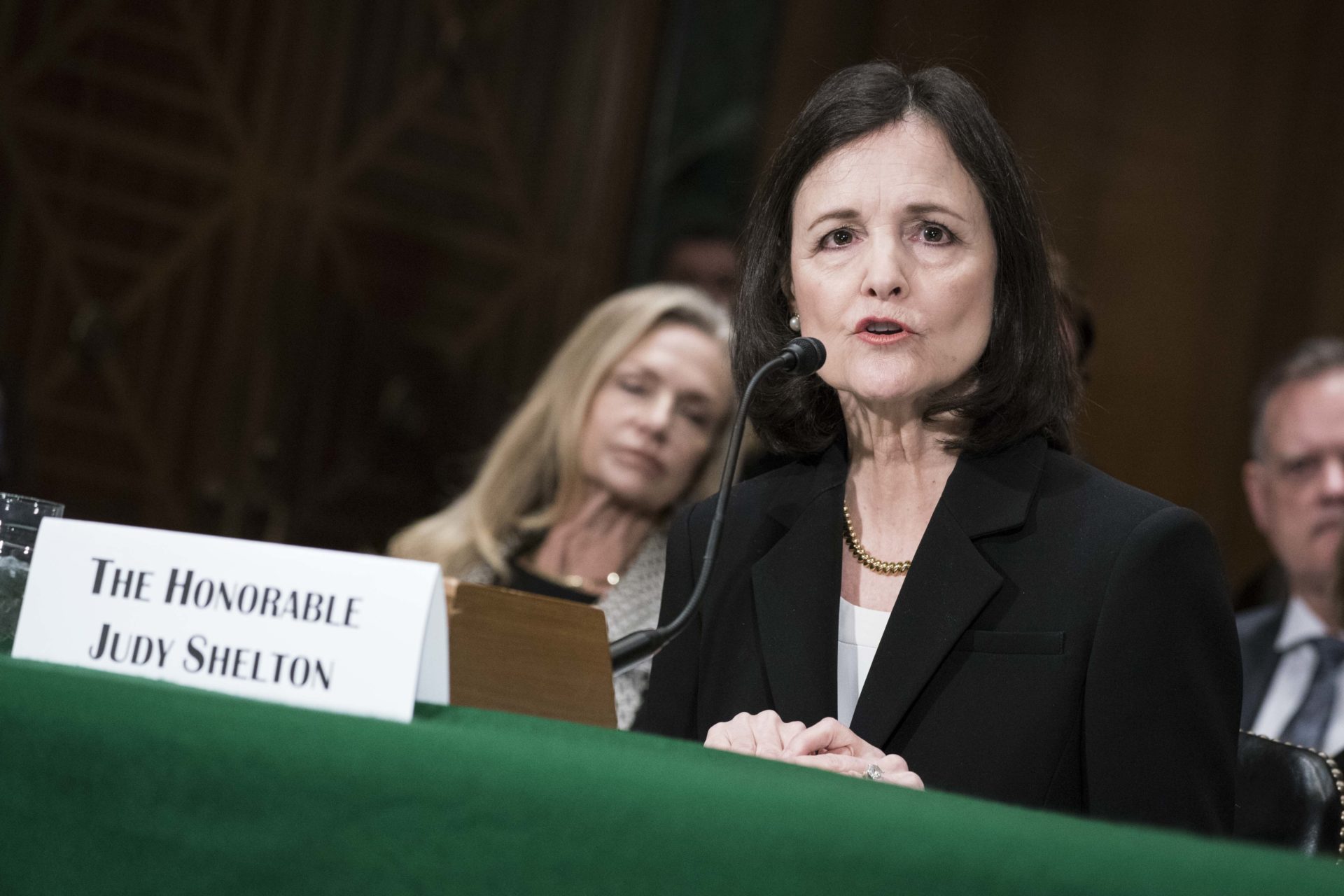 Judy Shelton testifies before the Senate Banking, Housing and Urban Affairs Committee during a hearing on their nomination to be member-designate on the Federal Reserve Board of Governors on Feb. 13, 2020, in Washington, D.C. (Sarah Silbiger/Getty Images)
By Claire Williams

Sen. Elizabeth Warren (D-Mass.) pressed Judy Shelton again on her position on deposit insurance and what the Federal Reserve nominee believed was the cause of the 2008 financial crisis after the Democratic presidential candidate said Shelton’s responses to an earlier letter “require further clarification.”

Warren, Shelton’s most prominent detractor on the Senate Banking Committee, sharply criticized the nominee in a six-page letter dated Jan. 30, ahead of Shelton’s hearing last week, saying that Shelton has a “history of inaccurate and radical statements.”

More recently in a Feb. 13 letter, obtained by Morning Consult through her Senate office, Warren doubled down on her questioning of the Fed nominee with follow-up questions to Shelton’s written responses.

For example, in Shelton’s Feb. 13 letter, also provided to Morning Consult through Warren’s office, Shelton addressed some of her past comments, including a 2009 C-SPAN interview where she said she was “so tired of the criticism — this was even among Republicans — of Wall Street greed or predatory lending.”

And in regard to the 2008 financial crisis, Shelton said she remains most concerned about the central bank’s “lack of prescience in recognizing what was happening in credit markets.”

In her most recent letter, the senator sought to have Shelton further explain that stance by asking the Fed nominee what will cause the next recession and whether consumer debt is a concern.

In additional questions for the record, Warren asks Shelton to clarify her stance on how the Fed should prepare for financial stability issues as a result of climate change. Warren also posed a series of questions on bank regulation, including the Community Reinvestment Act, Wells Fargo & Co. oversight and a Fed rule determining when a company controls a bank and vice versa.

It’s unclear whether Shelton will be able to secure every Republican vote on the banking panel or if she will become Trump’s fifth pick to fall short of a seat on the Fed board. With the committee split 13 Republicans to 12 Democrats, one GOP vote against her would jeopardize Shelton’s chances at a Fed seat.

One of the biggest issues brought up at her nomination hearing is her past comments on the gold standard. In her letter to Warren, as well as at the committee hearing, Shelton said she wouldn’t use a central bank position to push the issue.

“Congress created the Federal Reserve as an independent agency with the mission to promote maximum employment, stable prices, and moderate long-term interest rates,” she wrote. “This is the framework under which I will make monetary policy decisions, if confirmed as a member of the Board of Governors.”

Shelton also addressed statements made in her 1994 book “Money Meltdown,” which Warren and others have said advocated for the end of federal deposit insurance  — something economists often credit with restoring confidence in the banking system after the Great Depression.

After stating that she did not support the elimination of deposit insurance, Shelton wrote, “I was simply emphasizing the importance of prudent capital and management standards being in place for banking institutions as the first bulwark against potential losses, rather than relying on government-provided deposit insurance.”

Efforts to reach Shelton for comment through social media were not immediately successful.