Adults More Likely to Trust CDC, WHO Over TV News for Coronavirus Information

13% said they trust cable news ‘a lot’ to provide accurate information, compared to 50% who said the same of CDC 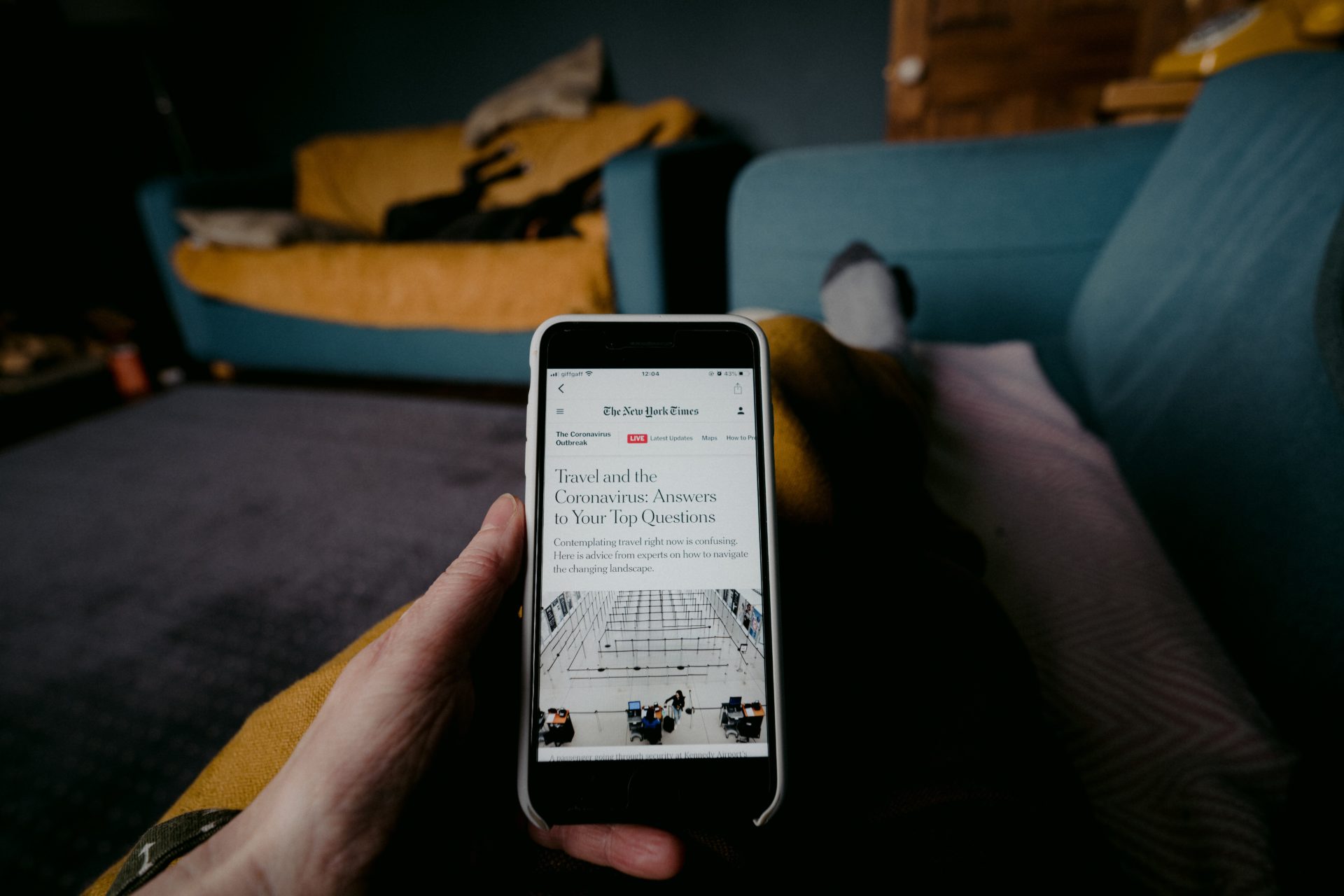 While half of adults trust the CDC "a lot" for correct information on the coronavirus, just 14 percent said the same of newspapers. (Photo by Annie Spratt on Unsplash.)
By Sarah Shevenock

As daytime and late-night talk shows, as well as scripted comedies and dramas, suspend production amid the coronavirus pandemic, news coverage is becoming the centerpiece for many networks. But a new poll finds that Americans are much more likely to trust health agencies over cable and network news and that half the public thinks the media is overhyping the spread of the virus.

A March 12-15 Morning Consult/The Hollywood Reporter poll found that half of the 2,200 individuals surveyed said they trusted the Centers for Disease Control and Prevention “a lot” when it came to information about the coronavirus pandemic. That includes 56 percent of respondents who watch cable for news at least once a week, as well as 55 percent of those who get their news from network TV at least once a week. Forty-three percent of the public said the same of the World Health Organization.

Respondents were much less trusting of media outlets about coronavirus information: Thirteen percent said they trusted cable news “a lot,” and 17 percent said the same of network news. 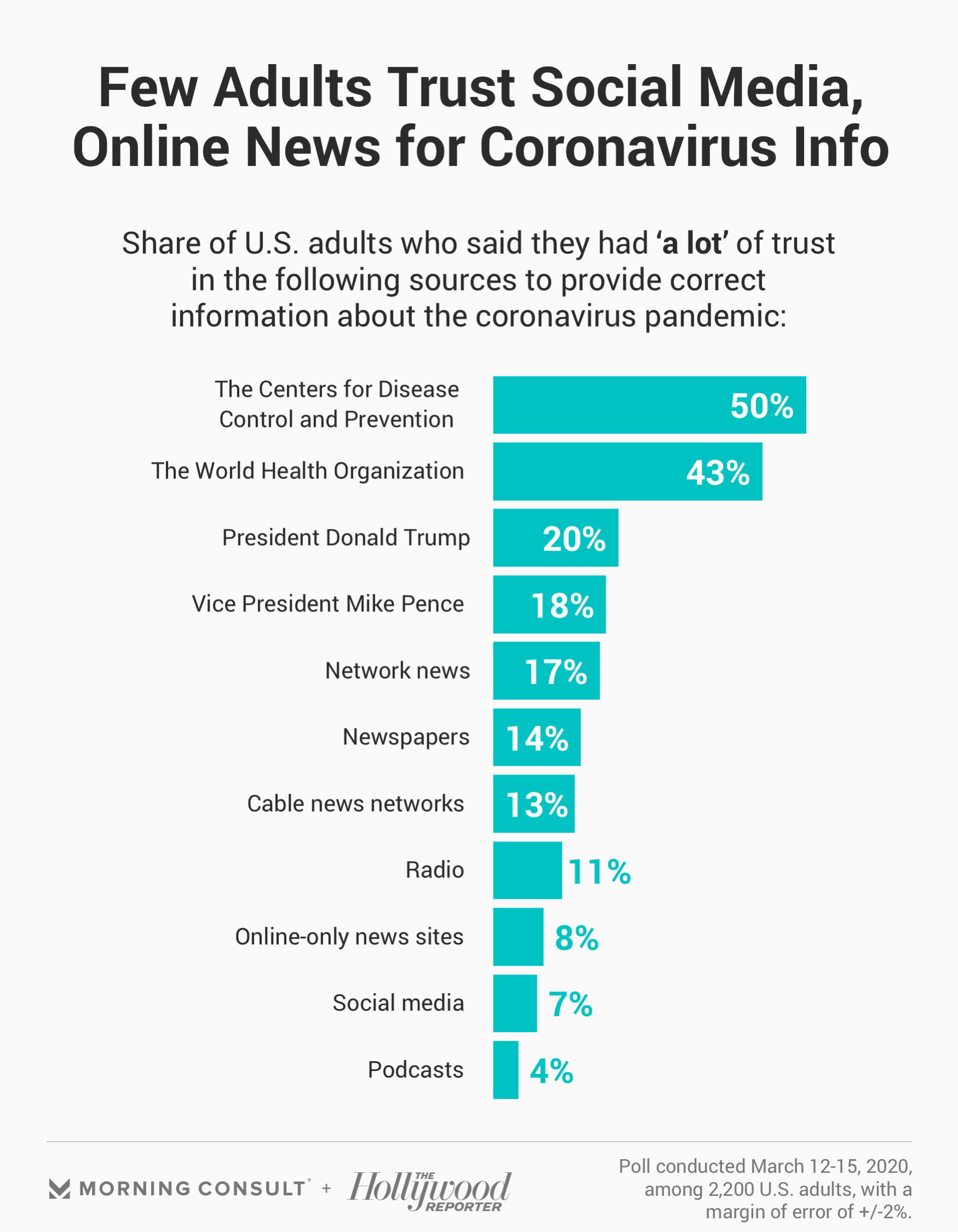 The poll also indicates that a portion of the public has a high threshold for accurate information and isn’t afraid to tune out if that expectation isn’t met.

Fox Business host Trish Regan saw her program placed on indefinite hiatus Friday after she described the coronavirus as “another attempt to impeach the president” during her show last week. The network said the move came as a result of “the demands of the evolving pandemic crisis coverage,” per The New York Times.

And as networks adapt their programming as a result of the coronavirus — with ABC moving “Jimmy Kimmel Live!” back to 12:05 a.m. to make room for pandemic coverage on “Nightline” — half of survey respondents say the media is overhyping the extent of the illness, though one-third of respondents said the coverage was appropriate. A 46 percent plurality of adults said the media is paying too much attention to the outbreak, compared to 37 percent who said the media is paying the right amount of attention.

Related: Media Credibility Perceptions Are Down, Due to Republicans
Coronavirus News Media Trust