Adults are nearly twice as like now to say they expect to spend more on streaming than they did in a March 6-9, 2020, survey. (Image by mohamed Hassan from Pixabay)
By Sarah Shevenock

As movie screens, amusement parks and concert halls go dark in an effort to curb the spread of the coronavirus, leaving consumers stuck at home, new polling finds that adults are nearly twice as likely to say they expect to spend more money on streaming services than they were just a week ago.

A Morning Consult survey conducted March 6-9 found that 1 in 10 adults said they anticipated spending more money on movie and TV streaming services because of the coronavirus pandemic. Six percent said they were likely to spend more on music streaming services for the same reason.

Both of those numbers nearly doubled by March 13-16, when a survey found that 19 percent of respondents now predict they’ll spend more money on movie and TV streaming, while 11 percent of those surveyed said they would likely spend more on music streaming.

The surveys, conducted among roughly 2,200 U.S. adults each, both have margins of error of 2 percentage points. 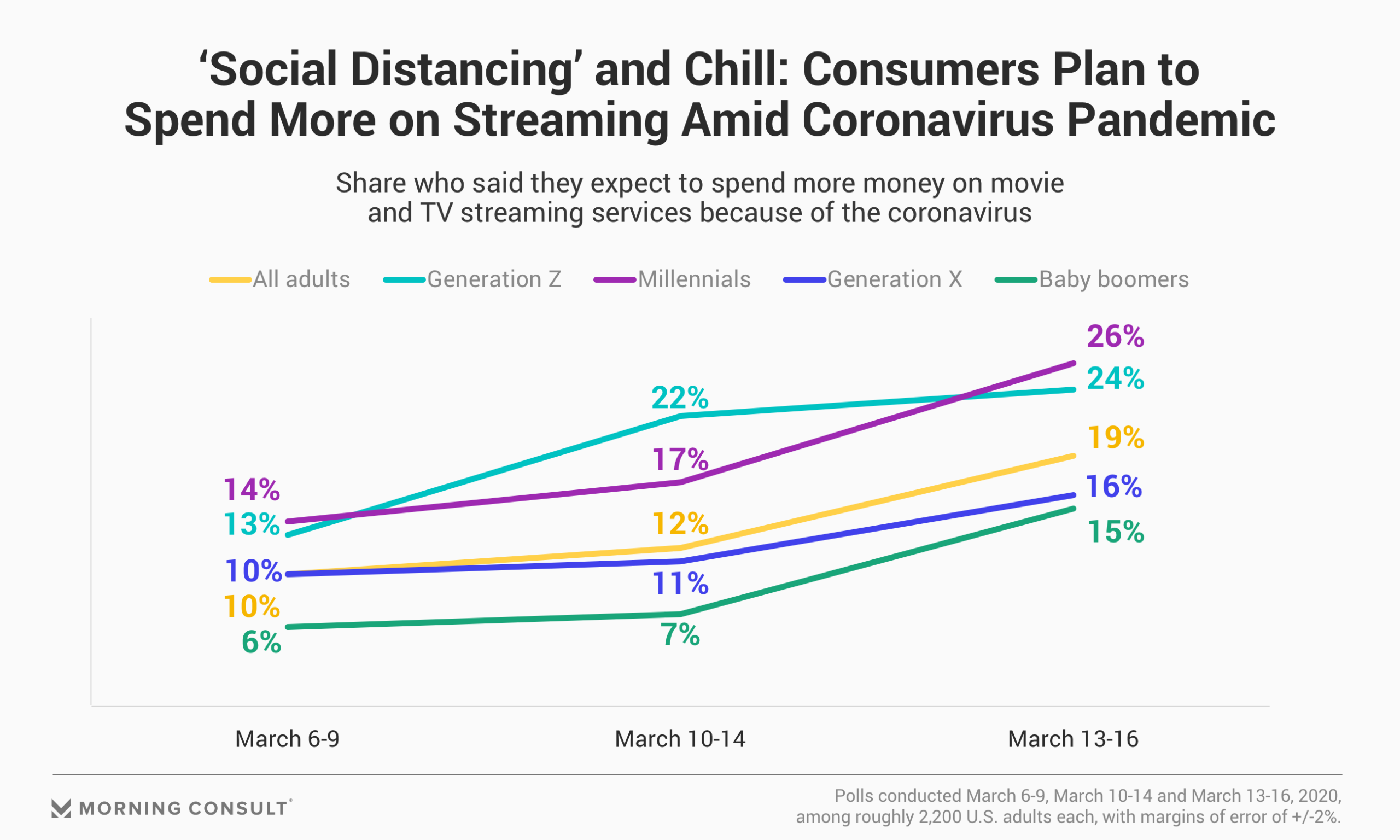 Millennials were also the most likely overall to say they expect to increase their spending on video streaming. 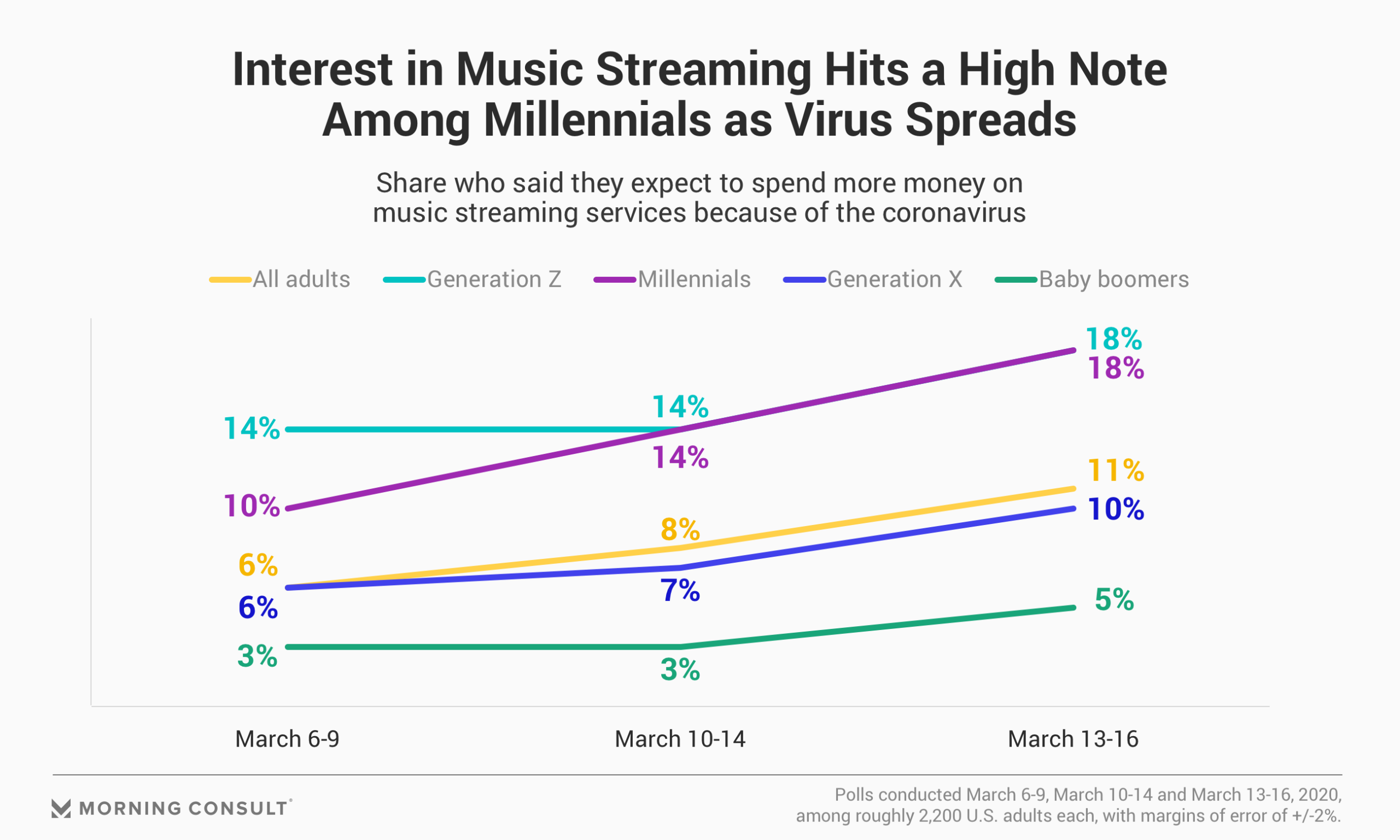 As for the youngest adults, 13 percent of Gen Z respondents in the initial survey anticipated spending more money on movie and TV streaming, while 24 percent said the same as of March 16.

As communities ramp up social distancing, a new report from Nielsen Holdings PLC shows the amount of media content people consume can increase by nearly 60 percent when they spend extended periods of time indoors.

And media companies are adapting to provide more content for consumers to watch at home.

This past weekend, Walt Disney Co. made “Frozen II” available to stream on its Disney+ service, three months earlier than it initially planned, saying in a statement that the effort would surprise “families with some fun and joy during this challenging period.” And Universal Pictures announced Monday that it would make current theatrical releases “Emma,” “The Invisible Man” and “The Hunt” available for at-home rental starting March 20.

And new streaming services, including WarnerMedia’s HBO Max, Quibi and Comcast Corp.’s Peacock, are all slated to debut within the next few months. But while continued efforts to keep people at home could provide a captive audience for new entrants to the streaming market, The Information reports that neither WarnerMedia nor Comcast Corp. have plans to bump up the services launch dates.