In Letter to Mnuchin, Warren Airs Concerns About Leveraged Loans Amid Pandemic

A boom in risky corporate debt could cause a domino effect amid coronavirus pandemic, experts say 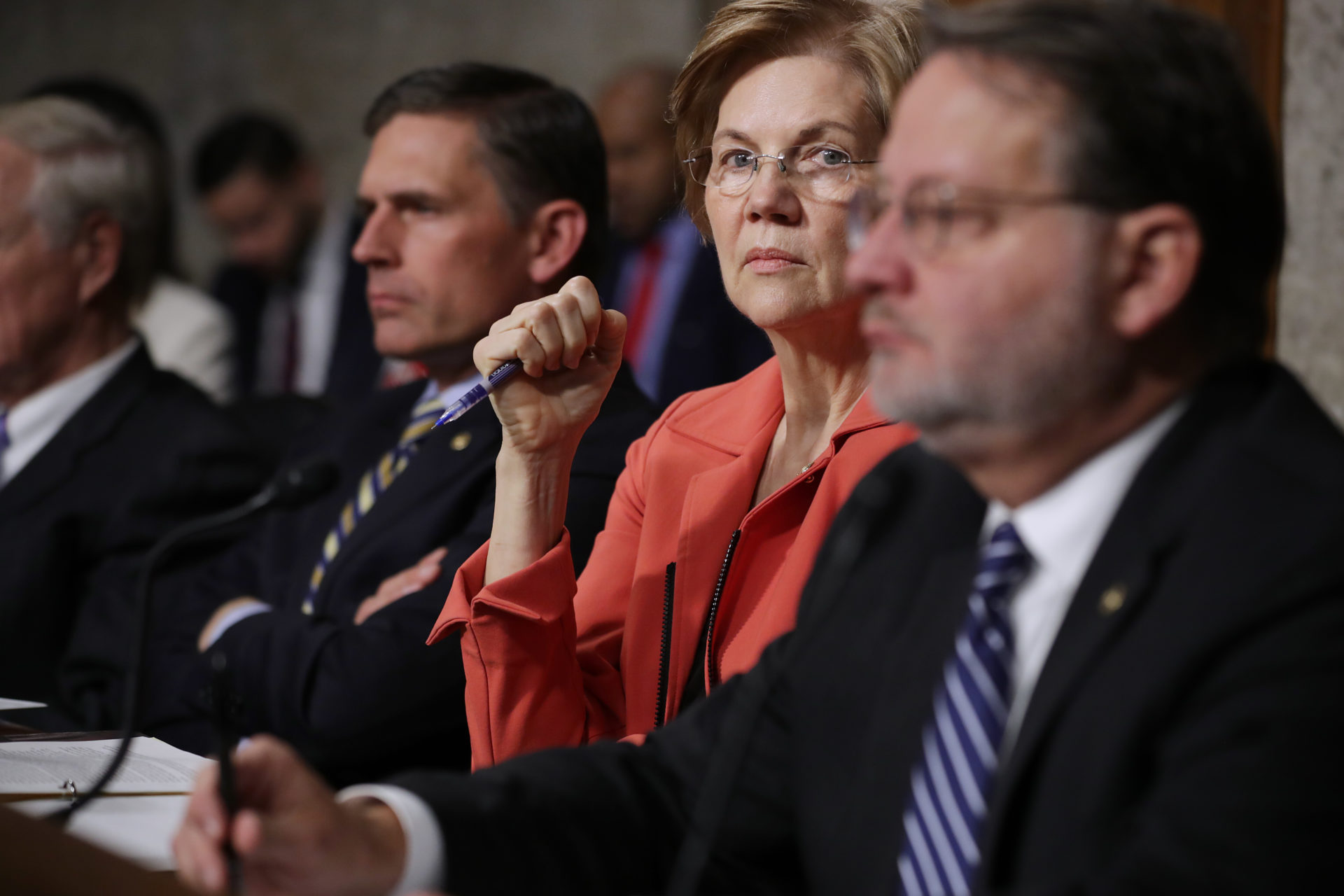 Financial policy experts, and at least one prominent lawmaker, are sounding the alarm on a pile of risky corporate debt as the economic fallout of the coronavirus pandemic grows.

Sen. Elizabeth Warren (D-Mass.), in a letter sent to Treasury Secretary Steven Mnuchin and provided to Morning Consult, highlighted the lack of data available on the issue and asked him to show how the Financial Stability Oversight Council is monitoring the risk of so-called leveraged loans. She also reiterated previous critiques over the lack of regulation around leveraged lending and the products that these loans are often packaged into, called collateralized loan obligations.

“Similar to the subprime mortgage market prior to 2008, the securitization of these loans and the growth of CLOs has allowed the exposure and risks associated with this lending to spread throughout the economy to multiple investors and industries,” Warren wrote. “Now, as we are on the verge of another, potentially deeper, economic crisis, regulators still have not taken meaningful action to mitigate these risks.”

Behind the letter are fears that the coronavirus pandemic could unearth record levels of risky debt, industry experts have argued, rarely held by banks because of post-2008 financial crisis regulations and often offloaded into complicated securities. Because the risk isn’t held by banks, these leveraged loans fall into a regulatory silo, allowing risk in the financial system that has gone unchecked for years.

In that time, low-interest rates and easy access to credit have created an environment for these kinds of loans to balloon into an estimated $1.2 trillion market. And with the coronavirus pandemic triggering a global economic shock, some in Washington are starting to call on regulators to address this build-up.

Regulators have previously flagged leveraged lending and CLOs as an issue, and it’s been cited as a major concern several times in speeches by former Federal Reserve Chair Janet Yellen. Now, however, the fear is that a global economic slowdown could cause the credit markets to seize up and leave indebted companies without access to funds. That could trigger a domino effect, with more job losses, bankruptcies and broader economic slowdown.

The industry has argued that these loans don’t present a systemic risk, an important threshold that, if passed, would put the market under more careful regulatory scrutiny. The Loan Syndications and Trading Association, a trade group that represents the market, noted in an interview that the risk isn’t held by banks, and the most affected industries right now — the travel and service industries — don’t pose that much of a threat to the financial market via CLOs, at least. And most debt won’t mature for years, although some companies could struggle to service that debt in the meantime.

“The reality is, banks do not have a lot of exposure to the leveraged loan market,” said Meredith Coffey, executive vice president of research and public policy at the Loan Syndications and Trading Association. “Do we think there’s a systemic risk? We do not.”

But others point out that even if banks don’t hold this debt, it could spill over into the broader economy, banks included. Banks have also invested in CLOs, and there’s still vulnerability via prime brokerage and credit derivatives, which banks are exposed to.

“There’s too many people fighting the last war,” said Dennis Kelleher, president of Better Markets. “It goes to the core of financing the economy. So while it’s true that this debt isn’t on the bank balance sheets, that’s irrelevant to the current crisis that’s going to cascade to corporate America and then hit the banks.”

The scale of the economic downturn that the coronavirus pandemic sparks is important here, experts say. Because CLOs and leveraged lending can be spread out across multiple industries and globally, their diversity lends them a degree of protection.

“The real problem is if there’s a common economic shock that would hit a lot of borrowers at the same time,” said Erik Gerding, a banking law professor at the University of Colorado Law School. “Unfortunately, that’s what we’re seeing now.”