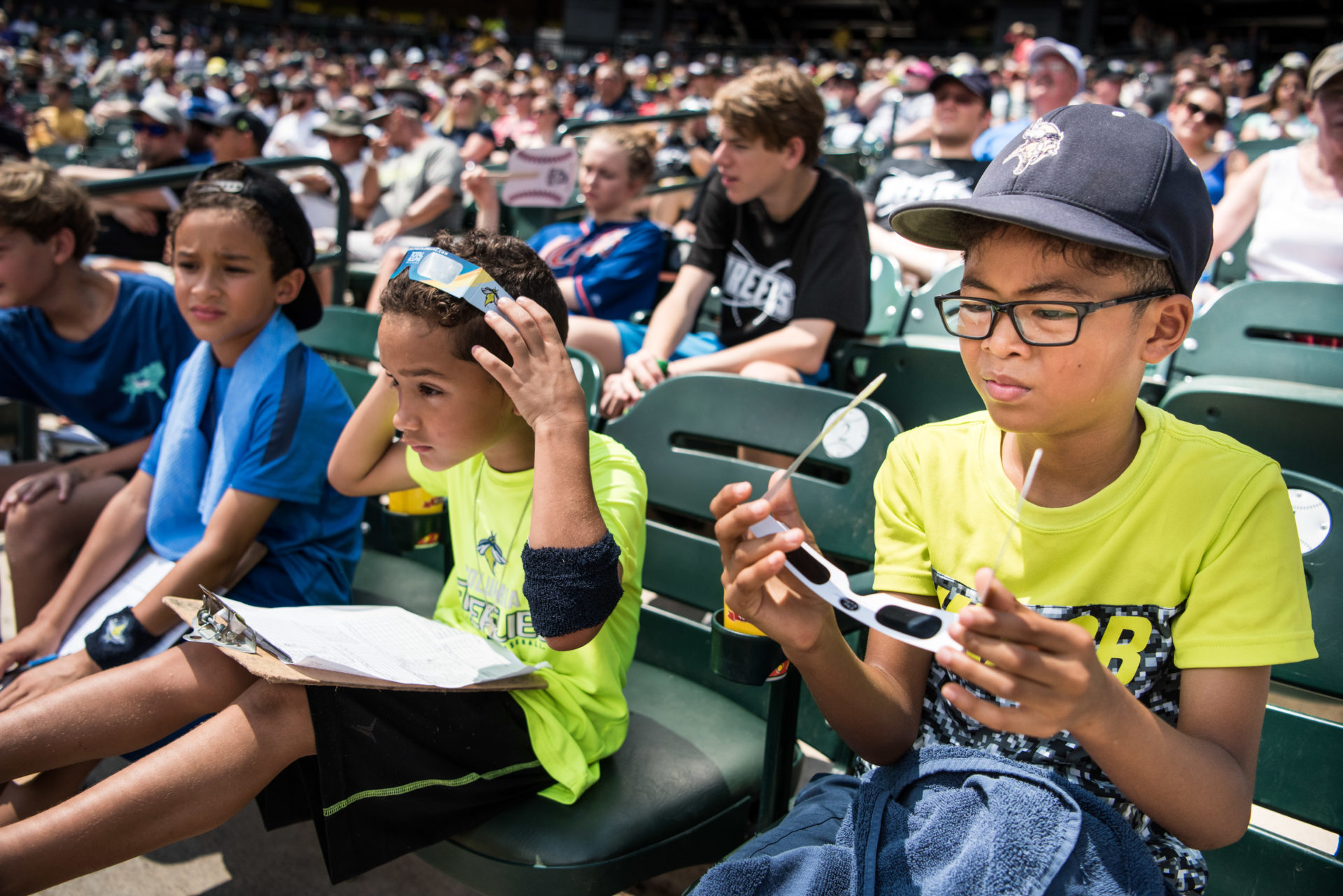 Fans at a minor league baseball game on Aug. 21, 2017, in Columbia, S.C. Minor League Baseball expects many of its teams to apply for federal assistance through the new coronavirus relief package. (Sean Rayford/Getty Images)
By Alex Silverman

With the federal government offering $349 billion in loans to small businesses that are struggling to pay the bills amid the coronavirus pandemic, Minor League Baseball said it expects a significant number of its 160 teams to apply for federal assistance, and at least one owner of a top-level professional team has pointed to the new law as a potential source of assistance amid a near-total sports shutdown.

Under the Coronavirus Aid, Relief, and Economic Security Act, signed into law by President Donald Trump last week, businesses with fewer than 500 employees are eligible to receive up to $10 million each in a government loan. Recipients are allowed to spend the money on employee salaries, benefits, mortgage payments, rent, utilities and debt obligations incurred prior to March 1. Individual salaries of more than $100,000 are excluded.

The loans, which are administered by the Small Business Administration under the Paycheck Protection Program, are forgiven in their entirety for businesses that keep all of their employees. Businesses that proceed to lay off employees will see the amount forgiven decrease proportionately to the percent of employees laid off.

Jeff Lantz, senior director of communications for MiLB, said Monday that he believes many clubs are looking into applying to receive federal aid amid the indefinite suspension of the 2020 season, particularly those at the Class A and Short Season levels.

Ownership of the Triple-A Iowa Cubs and Columbus Clippers each confirmed they will seek funding.

Sam Bernabe, president and general manager of the Iowa Cubs, said he has been keeping an eye on congressional relief efforts and is now pulling together the necessary information to apply for aid through the Paycheck Protection Program in an effort to keep the team’s staff employed.

“We’re going to need more than just this program to get us over the hump, I’m fearful,” he said. “This isn’t just a summer problem for us. This is going to be an 18-month problem for us. We’ll have cash flow problems all the way through clear into next year’s baseball season.”

The government aid shouldn’t be seen as just for minor league teams, said Mark Cuban, whose NBA team, the Dallas Mavericks, earlier this month committed to paying hourly arena employees for six postponed games. During SportTechie’s State Of The Industry virtual conference Friday, he noted that the Mavericks have fewer than 500 employees and would likely be eligible for aid under the Paycheck Protection Program.

In an email Monday, Cuban doubled down on his position that sports teams at all levels should accept government help if they need it.

“If they are getting financially hurt, yes they should,” he wrote. “Do you really want a minor league baseball team or a G-League team going bankrupt and everyone losing their jobs? Or even a major sports team. Not all make money in the best of times, let alone times like these.”

He didn’t answer a question about whether the Mavericks would pursue federal funds. 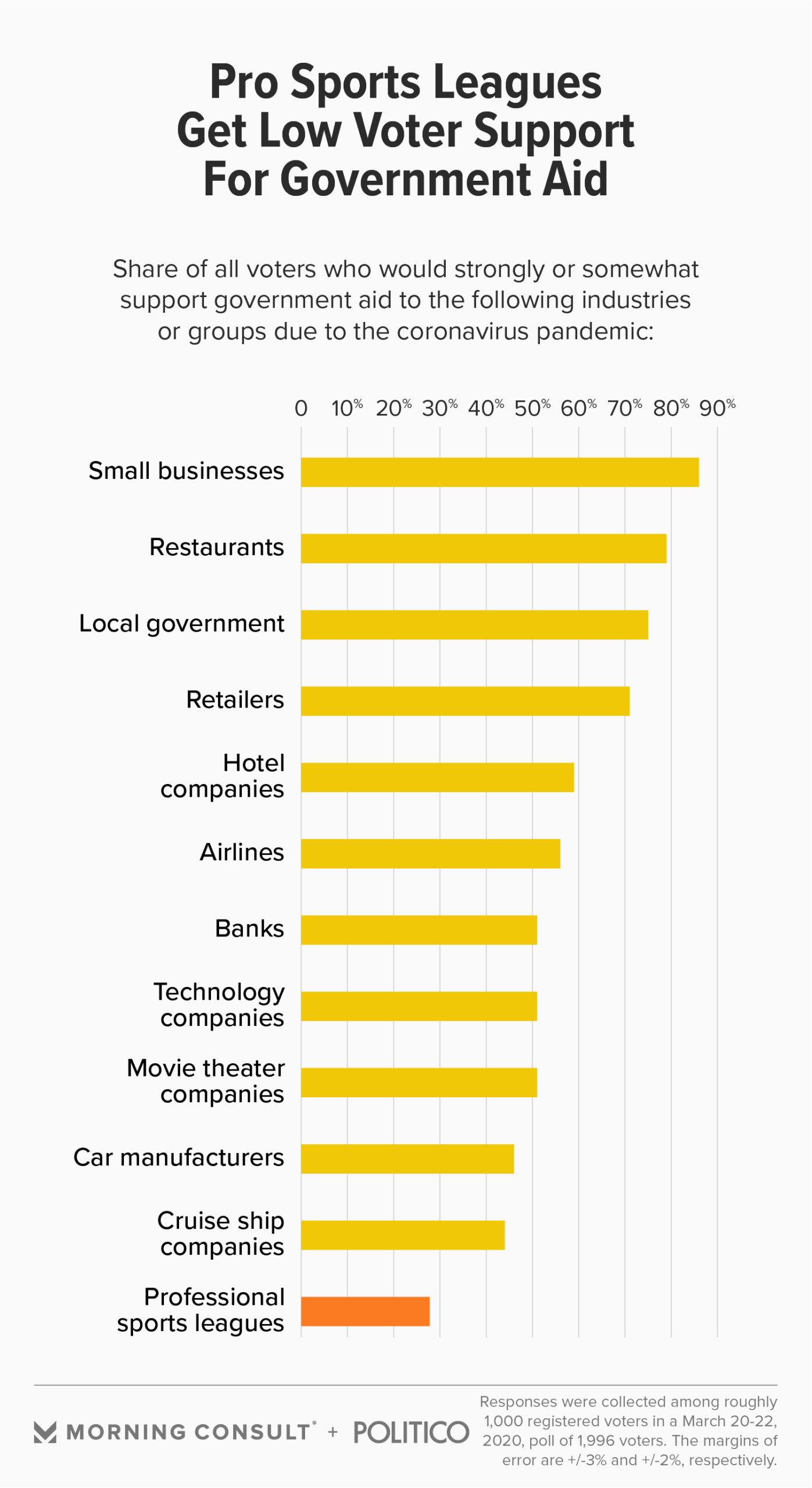 Bruce Haynes, a vice chairman leading the COVID-19 response task force at strategic communications firm Sard Verbinnen & Co., stressed the importance of teams making it clear that any public funding they accept will flow down to the rank and file.

“Taking public money, if you’re a team right now without a really clear explanation of where that money is going to go and why you’re doing it, could be problematic,” he said.

There is also a difference in perception between helping top-level professional sports franchises — with their multimillion dollar payrolls and lucrative broadcast deals — and minor league teams that offer a more affordable experience for families.

Though a handful of minor league clubs are owned by their MLB affiliates, the majority are independently owned businesses. Lantz said the timing of the pandemic couldn’t have been worse for these clubs, which have been spending money in preparation for the 2020 season since last September and now don’t have any revenue coming in.

“They all budget for three or four rainouts potentially, but when you start getting into eight, nine, 10 games that get rained out, for these teams, that can be the difference between a year in the black and a year in the red,” he said. “Now that we’re looking at potentially losing 20, 30 home games, that’s pretty crippling.”

Bernabe said that while professional sports might be perceived as glamorous, it’s ultimately just like any other business, particularly amid a crisis as unprecedented as the coronavirus pandemic: “Whether you’re a baseball team or a shoe store or a local bar, we’re all in the same boat.”