Cooped Up at Home, Millennials Most Likely Among All Adults to Turn to Food, Alcohol

Millennials were 9 points more likely than the general population to say they’re drinking more during their self-quarantine and social distancing efforts. (Manfred Richter from Pixabay)
By Joanna Piacenza

Trapped at home with cabin fever amid the coronavirus pandemic — it’s an emotional time for everyone. Millennials are leading the way in two types of common coping mechanisms, according to new Morning Consult polling: eating and drinking alcohol. 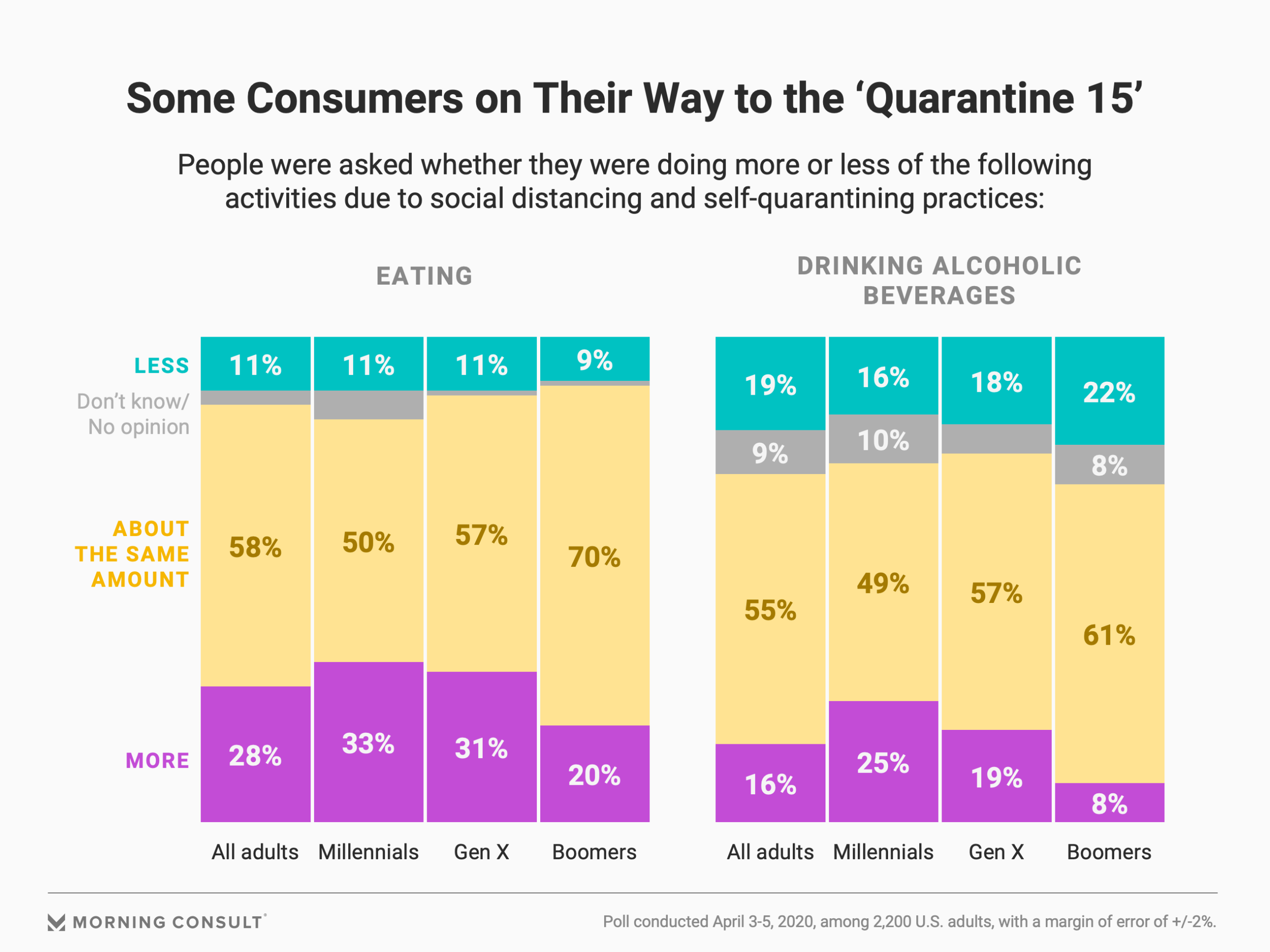 Twenty-eight percent of U.S. adults say they’re eating more during their self-quarantine, as millions across the country hole up in their homes to curb the spread of COVID-19. Sixteen percent say they’re drinking alcoholic beverages more now — a data point reflected in the 55 percent rise in the sale of alcoholic beverages in the United States in the week ending in March 21 compared to the year-earlier period, according to a CNN report citing Nielsen data.