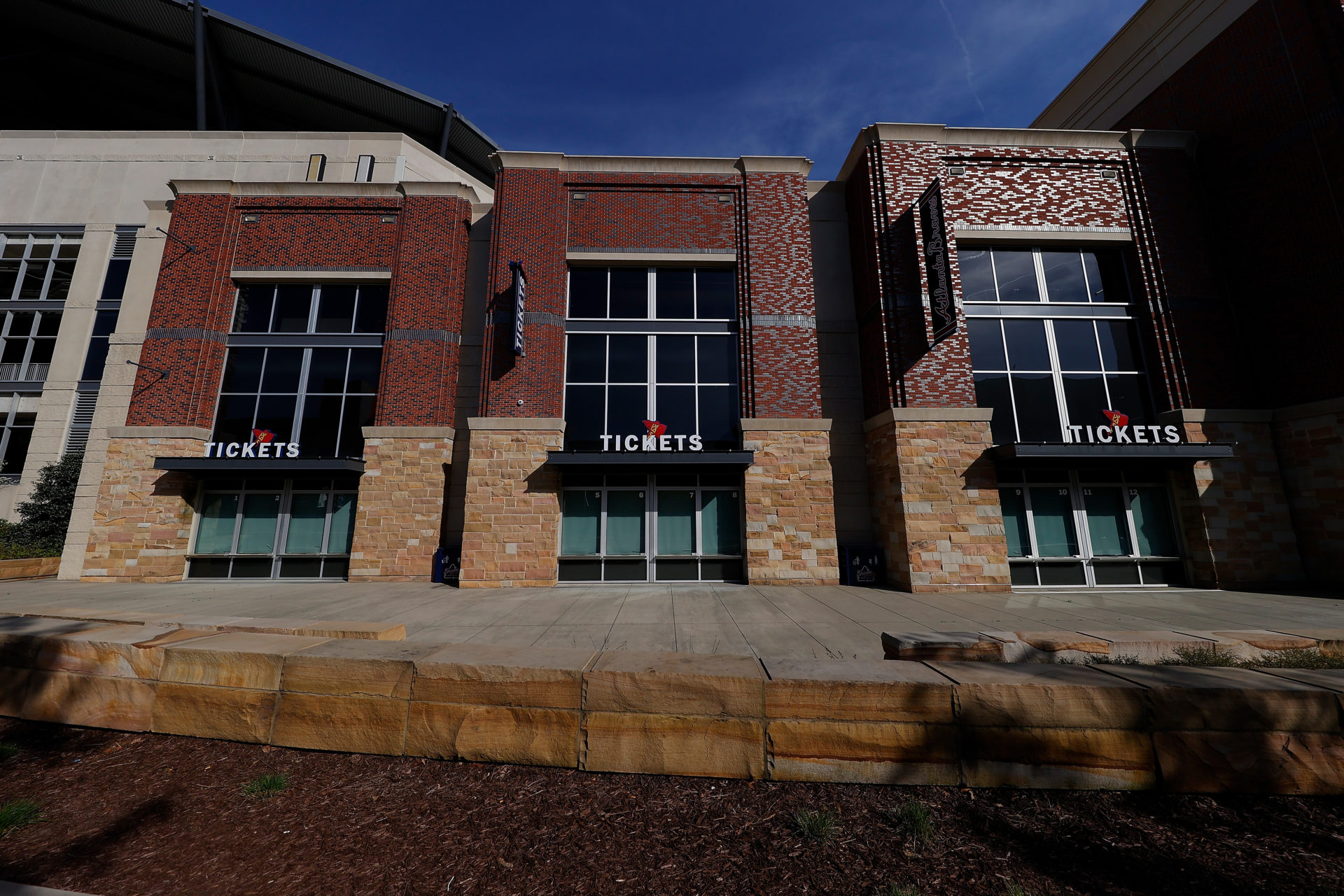 A general view of the ticket counters outside of Truist Park, home of the Atlanta Braves on March 26. MLB has postponed the start of its season indefinitely due to the coronavirus pandemic, and ticket sales professionals say they would welcome the return of a tax incentive that until 2018 allowed businesses to write off a portion of what they spent entertaining clients, including by bringing them to sporting events. (Kevin C. Cox/Getty Images)
By Alex Silverman

Whenever the powers that be deem it safe for sports fans to attend events again, teams and leagues across the country will face an unrecognizable ticket sales environment, defined by a bruised economy and a population wary of gathering in public spaces.

Amid the uncertainty prompted by the coronavirus pandemic, ticket sales professionals say they would welcome the return of a tax incentive that until 2018 allowed businesses to write off a portion of what they spent entertaining clients, including by bringing them to sporting events. But they add that the move, advocated for by President Donald Trump, would only have a marginal impact.

On an April 4 call with the top executives from the country’s most prominent professional sports properties, Trump reportedly suggested the leagues come together to lobby in favor of bringing back the deduction, which the GOP’s Tax Cuts and Jobs Act of 2017 eliminated. He’s also urged Congress to pass legislation reinstating deductions for business meals and entertainment via Twitter and during a March 29 Rose Garden press conference.

Although the president has pushed the policy, aides to key lawmakers, including House Speaker Nancy Pelosi (D-Calif.) and Senate Minority Leader Chuck Schumer (D-N.Y.), did not respond to requests for comment on its prospects.

Ticket sales professionals said that when companies lost the ability to write off 50 percent of what they spent on tickets in 2018, the negative impact on business was noticeable but not devastating.

Anthony Esposito, vice president of ticket operations for the Atlanta Braves, said the club saw a slight financial loss as a result of the deduction going away, though he declined to attribute a dollar amount to the policy change. He added that while not many clients canceled completely, some corporate clients cited the lost deduction in dialing back the number of seats or games in their packages.

A ticket sales representative for a mid-market NBA team, who asked not to be identified, estimated the team lost 5-10 corporate clients as a result of the lost write-off.

Scott Spencer, the president of luxury suite resale platform Suite Experience Group, said the simultaneous double-digit drop in the corporate tax rate and economic prosperity over the past two years likely mitigated the effect of the deduction policy change on the sports industry. He acknowledged, however, that it did have some impact.

“We saw a really big uptick in the number of suite leaseholders to list their suite on our platform,” Spencer said. “After those deductions, I’d say for six months to a year, we would get calls where people would specifically cite that as one of the reasons they were looking to offset a portion of their costs and resell games.”

Dan DeMato, president of Long Island-based ticketing consultancy FutureTix, said the return of the tax incentive would be “a pleasant stimulus,” but isn’t enough to offset the headwinds sports organizations will be up against.

“More recently, these stadiums that have 50, 60 suites can’t give them away,” he said. “The tax issue was a part of that — at that level it did hurt. But that’s not going to come back resoundingly just because you change that tax approach.”

DeMato also expressed concern that with the break from the normal ticket renewal cycle due to the extended hiatus, even companies that were locks to renew their seats will suddenly have an opportunity to re-evaluate the expenditure.

“People tend to just get an invoice from year to year and keep going,” DeMato said. “Now this has given them reason to take a look at it and say, ‘Why am I even doing this $15,000, $20,000 or $30,000 package I get every year from whatever sports team? How much is it being utilized as we’re laying people off?’”

Looking at the 2008 financial downturn as precedent, Spencer expects teams will see fewer suite lease renewals and more defaults on current payments as a result of the virus’s impact on the economy.

“With those two things, a tax deduction would actually go a meaningfully long way,” he said. “It’s not going to be the end-all, be-all — but I think it could blunt the impact a bit of helping companies justify hanging onto those tickets if they can claim that deduction again.”

Esposito, who in addition to his role with the Braves serves as chairman of the International Ticketing Association, a trade group, said he and his colleagues didn’t think much about companies’ ability to write off a portion of their ticket spending until it went away in 2018. If it’s reinstated, however, he plans to incorporate it into his sales pitch to corporate clients.