Amid GOP friction in Washington, poll finds Democratic voters are more divided on the issue 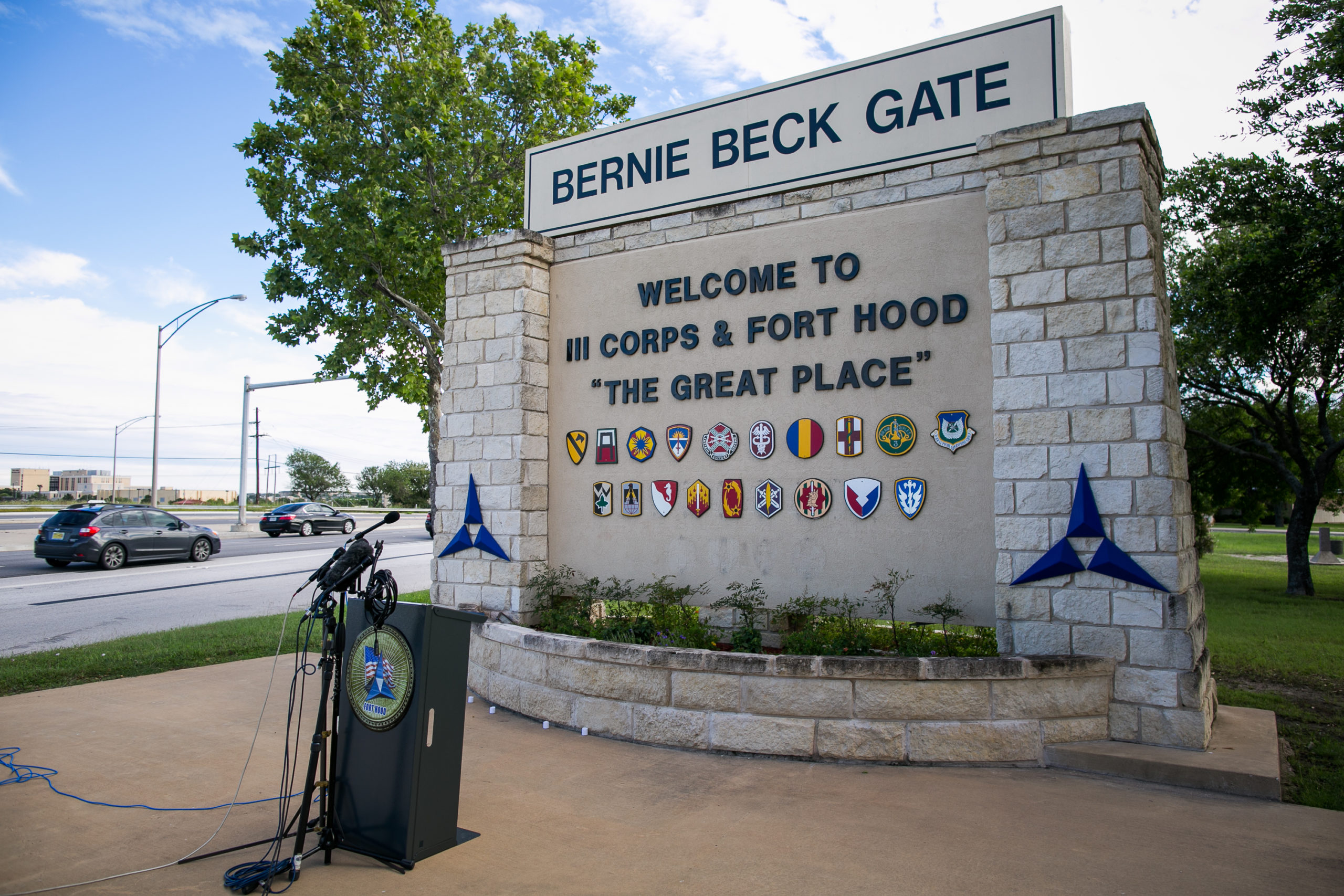 Media outlets gather outside the Bernie Beck gate at Fort Hood on June 3, 2016 in Fort Hood, Texas. Nearly half of voters believe that bases named after Confederate leaders, like Fort Hood, should keep their names. (Photo by Drew Anthony Smith/Getty Images)
By Cameron Easley

As President Donald Trump and some Senate Republicans work to kill an effort aimed at stripping the names of Confederate leaders from U.S. military bases, a new Morning Consult/Politico poll shows voters tend to agree with them.

Nearly half (48 percent) of voters in the June 12-14 poll said they believe that bases bearing the names of Confederate leaders should be left as is, compared with one-third who said they should be renamed. It’s a question that has divided the Senate Republican Conference and the Trump administration in recent days — but when it comes to voters across the country, the survey shows it’s Democrats who find less consensus on the answer. 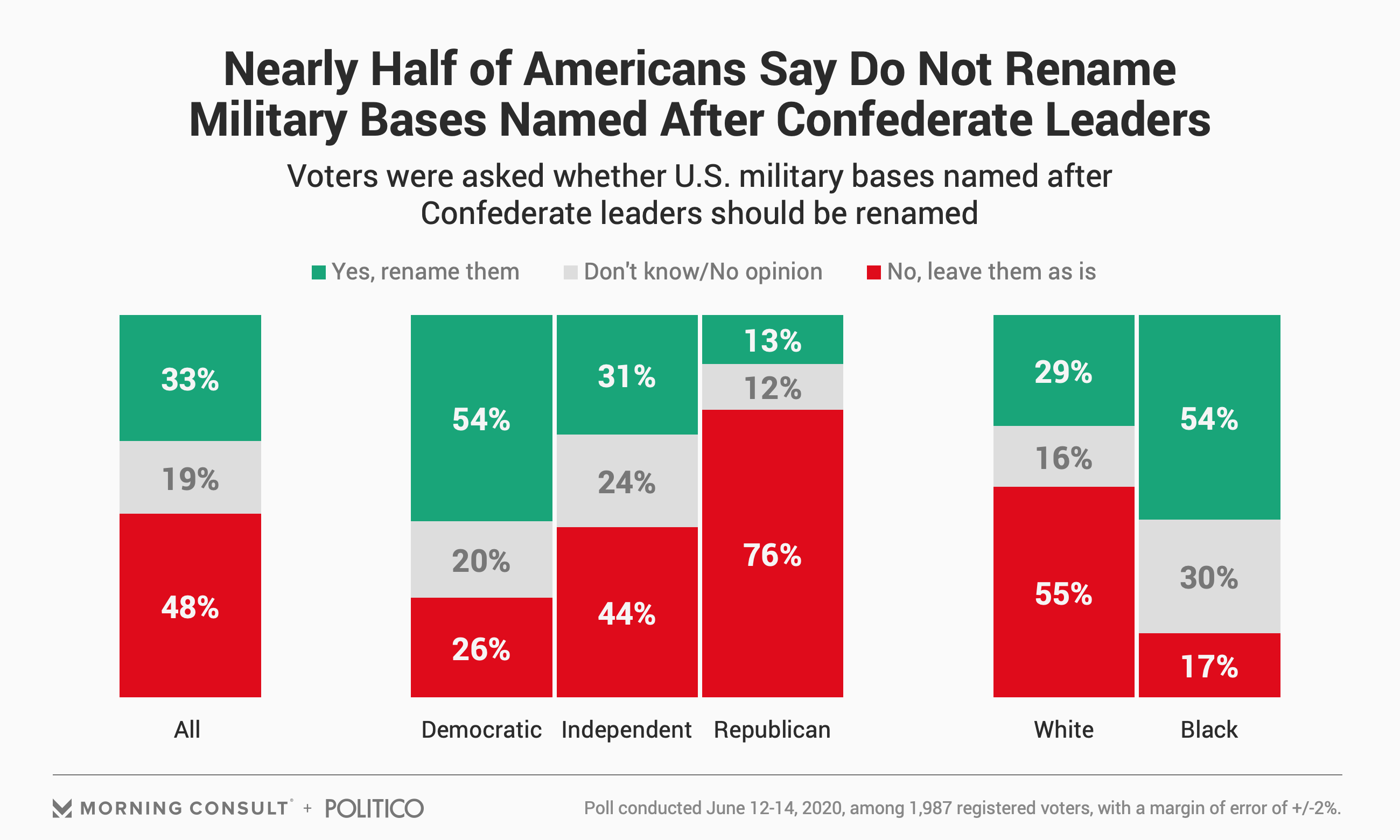 Roughly three-quarters (76 percent) of GOP voters said no changes should be made to the bases, compared with 54 percent of Democrats who backed renaming them. And while 13 percent of Republicans dissented with their peers, Democrats were twice as likely to break ranks.

The findings echo other recent data points concerning America’s symbols of the Confederacy, with voters tending to agree that statues and memorials honoring those leaders deserve a place in modern-day society.

The nationwide protests and demonstrations stemming from the killing of George Floyd in Minneapolis on May 25, for which four police officers are now facing charges, have prompted officials at all levels of government to consider or take steps to draw the curtain on such monuments. Some of these moves at the federal level have drawn the ire of Trump.

Last week, the president nixed an emergent effort from the Army to consider renaming its 10 bases that bear the monikers of Confederate generals. The White House has also threatened to veto the National Defense Authorization Act if it retains an amendment from Sen. Elizabeth Warren (D-Mass.) that would require the Pentagon to rename those bases.

The Senate is expected to take up the NDAA this month.