Highlights from the Spanish soccer league will play on screens at gas stations across the U.S. 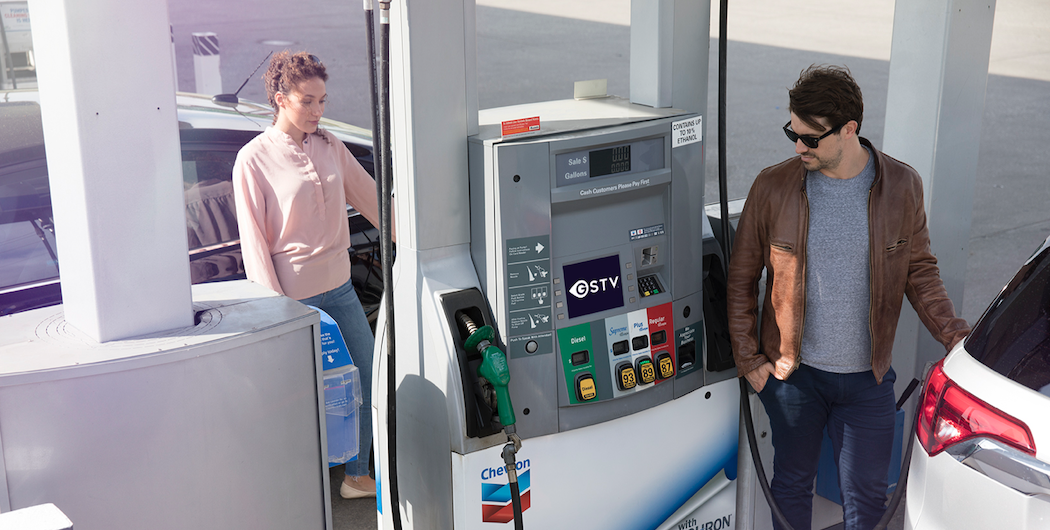 Since officially launching its North American marketing venture with Relevent Sports in 2018, Spanish soccer outfit La Liga has leaned on its in-house content studio to churn out video for fans to view on platforms like Twitter, Instagram and TikTok. Its newest distribution initiative, just ahead of the Sept. 12 start of its 2020-21 season, takes the global soccer property from the screens in fans’ pockets to the ones they find at the gas pump.

La Liga is the latest sports property to sign on as a content partner for GSTV, a nationwide video network with screens on fuel dispensers at tens of thousands of filling stations across the country that play both video and audio. The company says it reaches 1 in 3 U.S. adults each month when they stop to fuel up their vehicle. Sean McCaffrey, president and chief executive of GSTV, said the average fuel-up takes three to five minutes, meaning drivers who fill up regularly are exposed to GSTV for 15 to 20 minutes a month.

“With all the distractions that you have when consuming content in different parts of the day, this specifically is one that you get almost undivided attention,” La Liga North America President and CEO Boris Gartner said of the gas pump displays.

Despite the proliferation of ride-share apps and the availability of public transportation in urban areas, most Americans still find themselves at the fuel pump on a fairly regular basis. According to a 2018 Gallup poll, 64 percent of U.S. adults drive a car every day and 83 percent do so most days.

Each week during the soccer season, La Liga will create original short-form highlight reels featuring the top goals, saves and dribbles from the previous week, which GSTV will incorporate into its daily 3.5-minute programming loops that include about a 50/50 split of content and commercial messaging. La Liga will initially only deliver English-language content for GSTV, but Gartner said it could potentially shift to creating Spanish-language segments to run on GSTV in specific markets.

Terms of the agreement between La Liga and GSTV were not disclosed, but the network said it compensates its content partners under a digital ad revenue sharing model. Gartner confirmed the league is receiving incremental revenue from the deal, but made clear that exposure in key markets like Los Angeles, Chicago, Miami, Dallas and Houston is the primary motivation behind the deal. 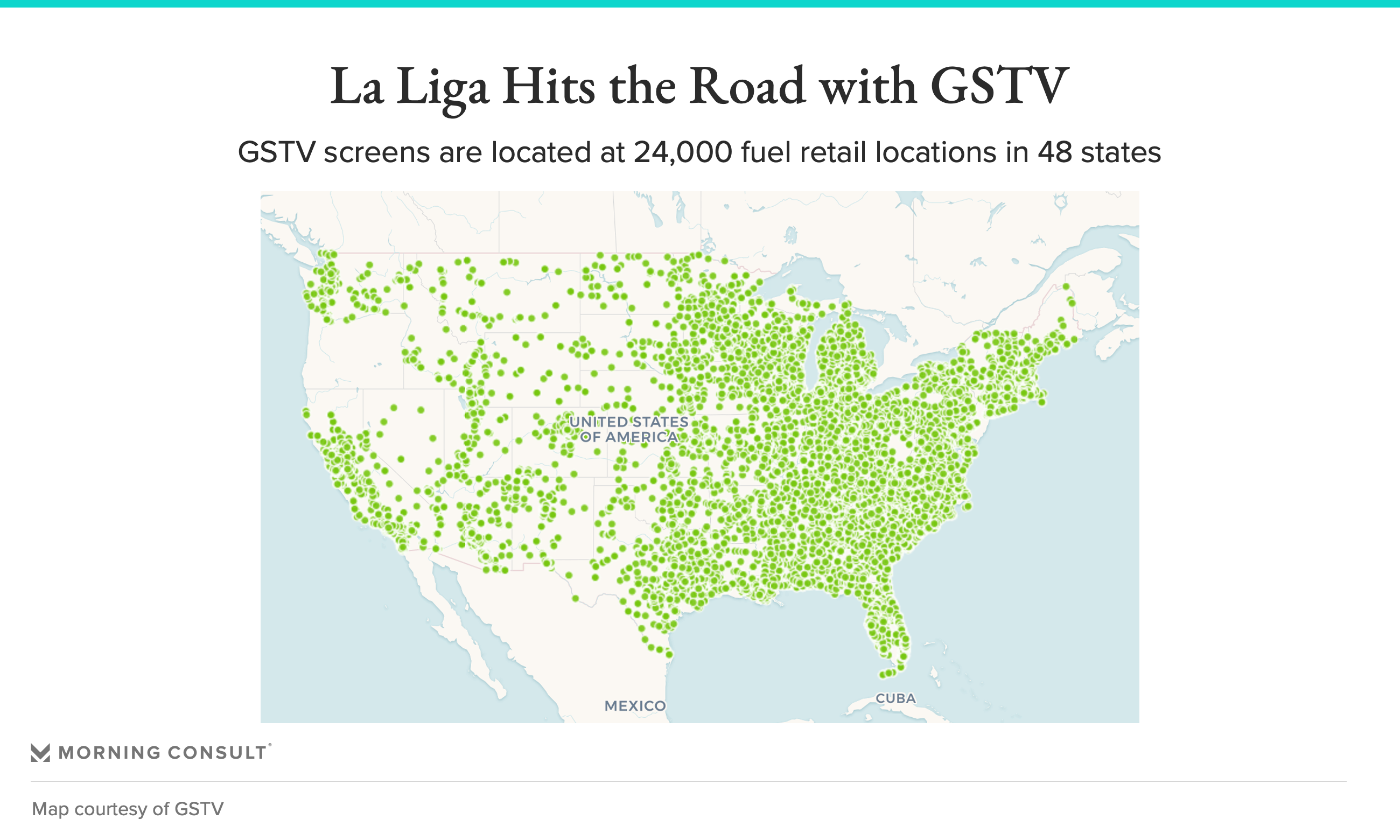 GSTV screens are located at 24,000 fuel retail locations, including 7-Eleven, Arco, BP, Circle K, Chevron, Exxon-Mobil, Gulf, KwikTrip, Marathon, Phillips 66, Speedway and Sunoco, in the 48 states where drivers are allowed to pump their own gas (New Jersey and Oregon are full-service only by law).

For La Liga, reaching fans through non-traditional channels is particularly important given the league’s relative lack of distribution on linear television. The league has a media rights agreement with beIN Sports through 2024 for the United States and Canada, which a source said pays slightly more per year than the $166 million NBC Sports pays annually for the English Premier League’s U.S. rights, but beIN has struggled to achieve wide distribution on cable and satellite television.

McCaffrey acknowledged GSTV viewership dropped roughly 20 percent earlier this year as people locked down due to the coronavirus pandemic. Now, with many stay-at-home restrictions lifted and drivers returning to the road, he said GSTV is now reaching more people than before COVID-19.