Nearly 2 in 5 Adults Say They’ve Gotten a Flu Shot, and Another 1 in 4 Plan to Get One 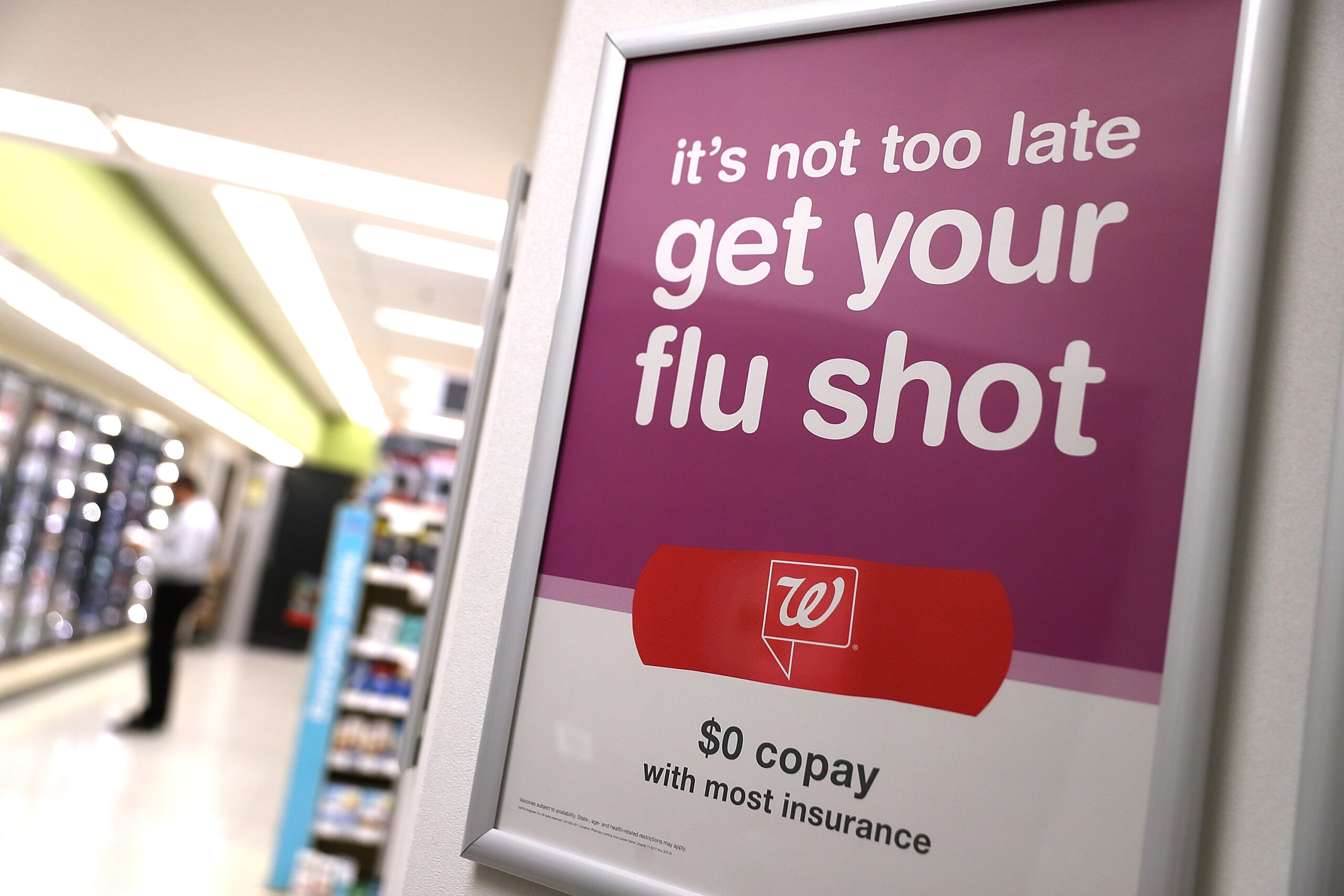 A sign advertising flu shots is displayed at a Walgreens pharmacy on Jan. 22, 2018, in San Francisco. A Morning Consult survey conducted Oct. 23-25, 2020, found that 38 percent of U.S. adults have already received a flu shot, and another 25 percent plan to do so. (Justin Sullivan/Getty Images)
By Gaby Galvin

Public health officials and doctors are urging Americans to get a flu shot this year in an effort to prevent a winter “twindemic” marked by a surge in both flu and COVID-19 infections that could strain health care systems.

A new Morning Consult poll indicates these pleas may be working: 38 percent of adults say they’ve gotten a flu shot this year and another 25 percent say they plan to get one. And the coronavirus pandemic is a significant motivating factor for some, with 30 percent of adults who have already had a shot and 42 percent of those who plan to get one saying COVID-19 played a role in their decision. 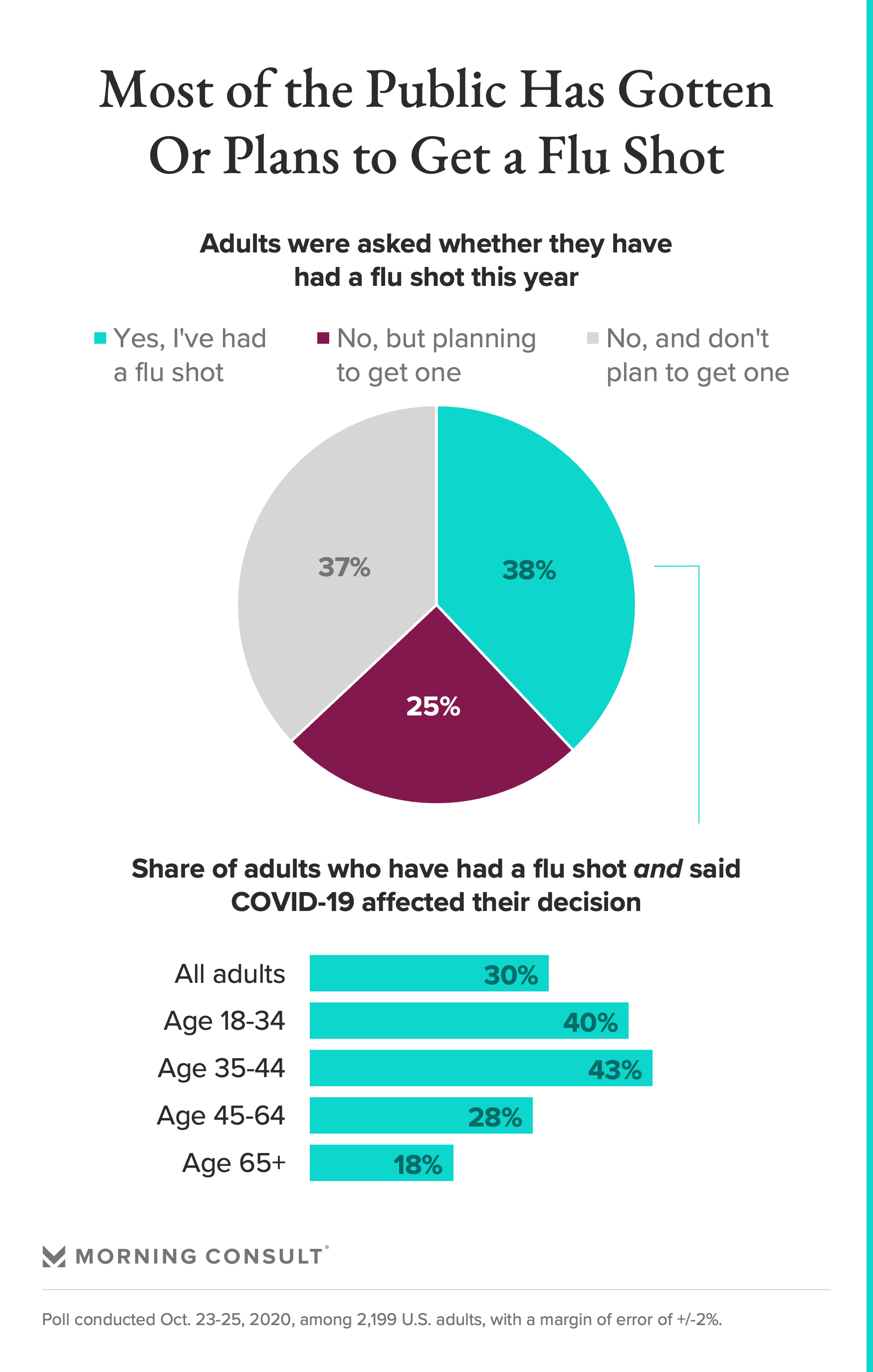 During the 2019-20 influenza season, about 48 percent of adults got a flu shot, as did 64 percent of children under 18, according to the Centers for Disease Control and Prevention. The agency estimates that flu shots prevented 7.5 million illnesses and 6,300 flu deaths last season.

Older adults are considered higher risk for serious complications from the flu and tend to get vaccinated at higher rates, and this year, 60 percent of adults 65 and older say they’ve already gotten a shot, compared with 28 percent of those ages 18-34. Parents were slightly more likely than adults overall to say they’ve gotten a flu shot this year, at 42 percent, according to the survey, which was conducted Oct. 23-25 among 2,199 adults and has a margin of error of 2 percentage points.

“We’re really pushing, trying to get parents and children vaccinated for the flu,” said Dr. Sally Goza, president of the American Academy of Pediatrics and a practicing pediatrician in Georgia. “We do not want to see a bad flu season, along with a bad Covid season, because that could be disastrous for everybody. Our hospitals would be overwhelmed.”

The survey findings come as pharmacies report a surge in demand for flu shots, with CVS Health Corp. already surpassing the 9 million flu shots it administered in the entire last season and Walgreens Boots Alliance Inc. doling out 60 percent more doses in the United States than at this point last year, Bloomberg reported. As of the week of Oct. 16, 154.6 million doses of the flu vaccine had already been distributed across the country, according to data from the CDC.