Fox News’ Popularity Slips Among Republicans in Wake of Election 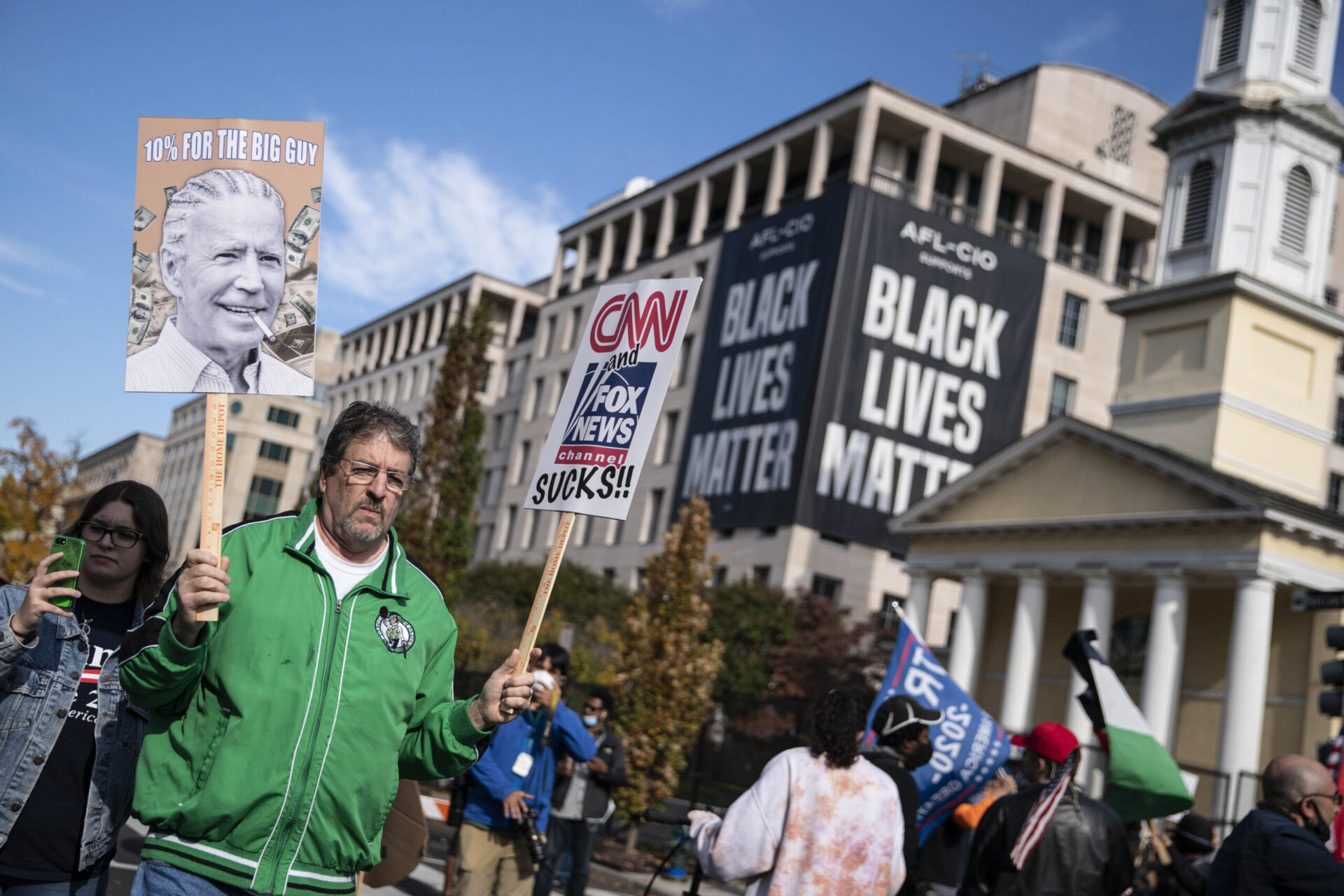 Supporters of U.S. President Donald Trump demonstrate outside of the White House on Nov. 13, 2020, one day before the Million MAGA March in Washington, D.C. Morning Consult Brand Intelligence tracking shows Fox News' favorability rating has declined among Republicans since Election Day, when the network was the first to project victory for President-elect Joe Biden in Arizona. (Sarah Silbiger/Getty Images)
By Joanna Piacenza

Fox News’ favorability has tumbled among Republicans since Election Day, as the cable news network has faced a steady drumbeat of criticism from President Donald Trump. 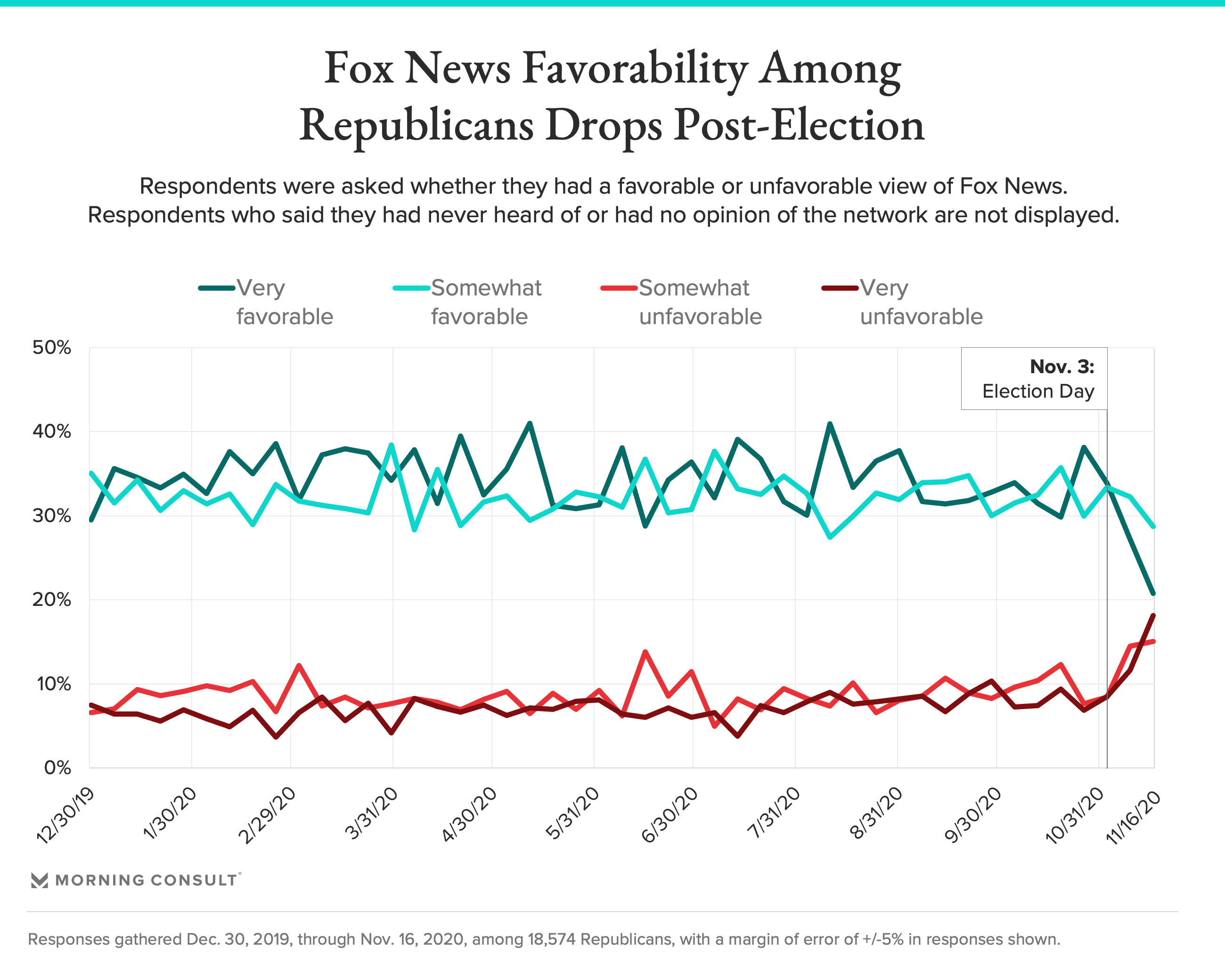 From late December 2019 through Nov. 2, 67 percent of U.S. adults who identify as Republican viewed Fox News favorably, according to Morning Consult’s Brand Intelligence, which tracks consumer attitudes of thousands of brands, while roughly 16 percent had an unfavorable view of the cable channel.

Then came election night, when Fox News was the first news organization to project a Trump loss in the battleground state of Arizona.

The announcement reportedly enraged the president, and in the days since he has continued to wallop the network on Twitter, saying its ratings have “completely collapsed,” criticizing its coverage of his supporters’ rally in Washington, D.C., on Nov. 14 and suggesting that his followers turn instead to One America News Network or Newsmax, two conservative cable news networks.

It appears such rhetoric has impacted public opinion of the brand. In polling conducted Nov. 9-16, the network’s average favorability rating among GOP respondents has dropped 13 percentage points, to 54 percent, and the average share of those with an unfavorable view of the network nearly doubled, to 30 percent.

Related: Fox News’ Upper Hand Next Year: The Country’s Eyeballs, Down to Districts

Even before Nov. 3, the president had been increasingly critical of the network, particularly its news operation, over the years, culminating in an Election Day interview on “Fox & Friends” in which he accused the network of abandoning him.

“Somebody said, ‘What’s the biggest difference between this and four years ago?’ And I say ‘Fox, it’s much different,’” Trump told the hosts.

Trump supporters have taken their cue from the president. When they marched through the streets of Washington to protest the election, at several points during their demonstration they chanted, “Fox News sucks!”

Conservatives’ souring on the network has been reflected in other research: Conservative viewership of Fox News on YouTube dropped the week following the election, according to an independent research project called Transparency Tube.

Trump reportedly wants to capitalize on this erosion of support for Fox. Last week, Axios reported that Trump has told friends he wants to create a digital media company to “wreck” the network, according to one source.