Daily Life Has Gotten Worse for Nearly 2 in 5 Adults During Pandemic, Survey Shows 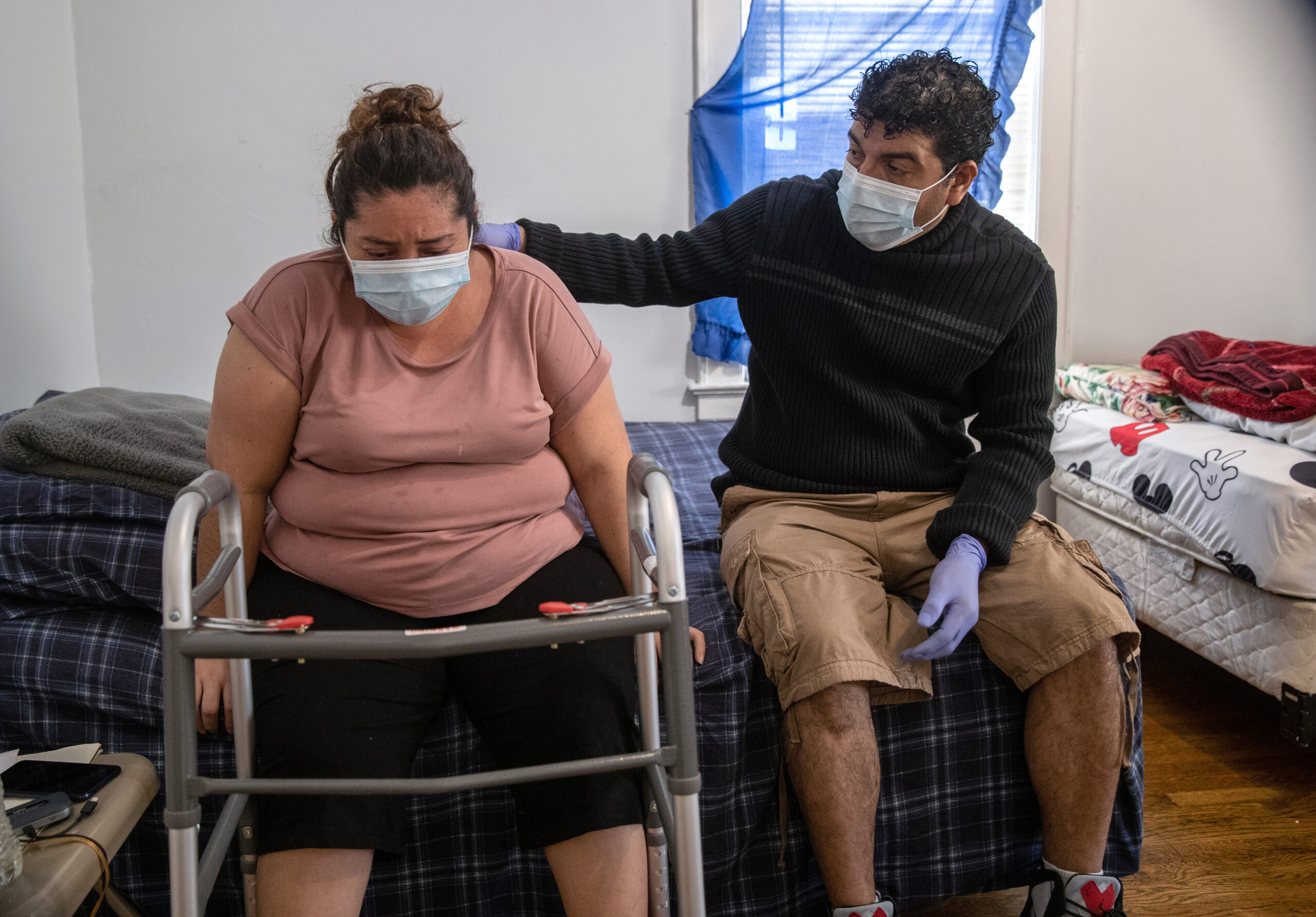 Worried over her husband Marvin (R), and son Junior's health after receiving uncertain COVID-19 test results for them, Guatemalan immigrant Zully cries in quarantine on May 7, 2020, in Stamford, Conn. (John Moore/Getty Images)
By Gaby Galvin

Nearly 2 in 5 adults say their daily lives have gotten worse during the coronavirus pandemic, according to a Morning Consult survey that asked how people’s relationships, finances and health have fared since COVID-19 struck. 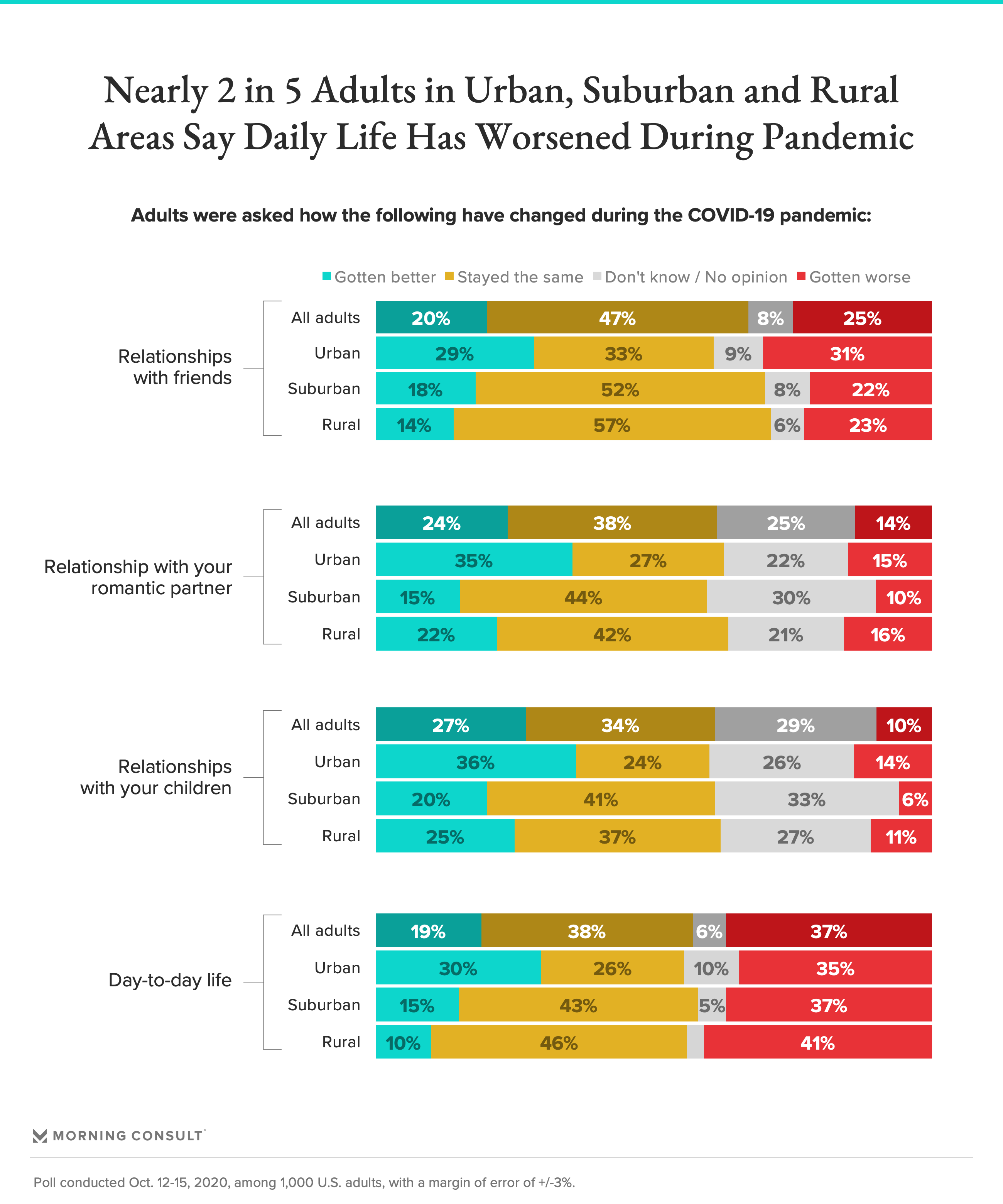 The survey was conducted Oct. 12-15 among 1,000 adults, and has a margin of error of 3 percentage points. Since then, the number of coronavirus cases in the United States has nearly doubled, rising to 14.7 million as of Monday, up from just under 8 million on Oct. 16, according to the COVID Tracking Project. More than 64,000 people died from COVID-19 in those 52 days, while the Bureau of Labor Statistics released a grim employment report last week that indicates nearly 10 million fewer people were employed in November than in February.

Urban adults were also more likely to say their relationships with romantic partners, friends and children have improved during the pandemic, as well as their physical and mental health, personal finances and career and work lives. Twenty-seven percent of adults in urban areas said their careers had improved, for example, compared with 11 percent of people in rural communities. The survey’s urban and suburban samples had 5-point margins of error, while rural groups had a 6-point margin of error.

Yet there were few differences in the shares of people in urban, suburban and rural areas who said things have gotten worse for them during the pandemic. Overall, adults were most likely to say their personal finances had been negatively affected, at 39 percent, while 28 percent said their careers and work lives had worsened. 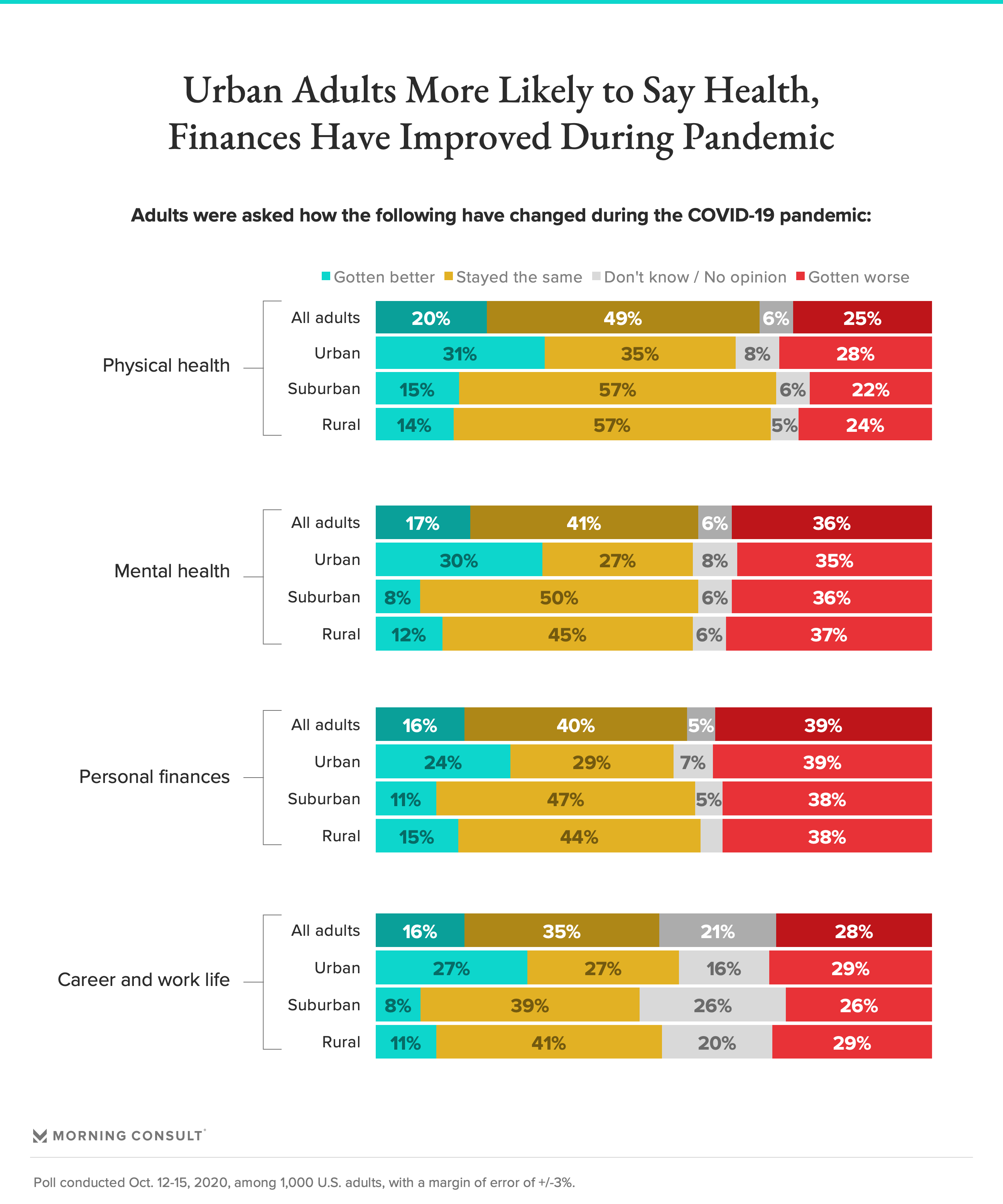