OCC’s ‘Fair Access’ Rule Has Limited Shelf Life, but How Short Depends on How Fast Biden’s Regulator Can Act

New OCC chief can withdraw rule before it publishes in Federal Register; otherwise, Congress and courts could dismantle regulation 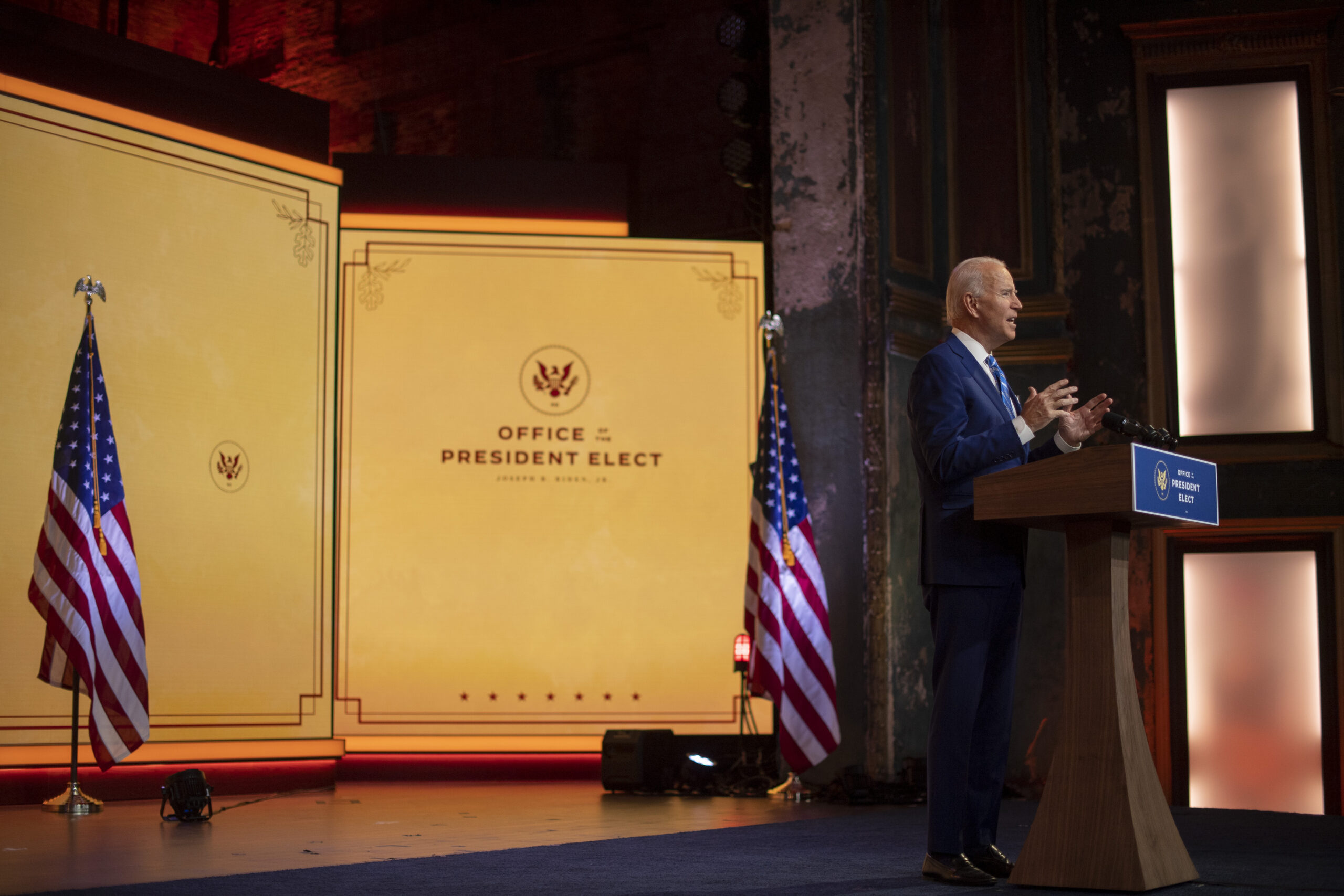 President-elect Joe Biden on Nov. 25, 2020, in Wilmington, Del. Biden's pick to lead the Office of the Comptroller of the Currency will be under pressure to quickly rescind the "fair access" rule finalized by Brian Brooks before it gets published in the Federal Register. (Mark Makela/Getty Images)
By Claire Williams

On his last day as acting comptroller of the currency, Brian Brooks and the OCC finalized the “fair access” rule that has drawn the ire of banking and consumer groups alike, but it’s not likely to survive the Biden administration, according to industry watchers and experts.

The fair access rule, effective April 1 and finalized just 10 days after the comment period closed, would prohibit banks from refusing to lend to entire categories of controversial businesses, including oil drillers, private prisons and firearms manufacturers.

Banks’ shunning of these industries has been a longtime source of frustration for some Republicans, including Senate Banking Committee Chairman Mike Crapo (R-Idaho), who cheered the OCC’s move Thursday.

“Today’s final rule reflects what I have said for years: business lending decisions should be based on creditworthiness, rather than politics or political pressure,” Crapo said by email.

Similarly, Brooks said in a statement accompanying the rule that “elected officials should determine what is legal and illegal in our country,” rather than banks.

But the rule isn’t likely to stay on the books long, if it gets there at all, according to industry watchers and experts. Because the rule wasn’t published in the Federal Register on Thursday morning, the 11th-hour regulation can be quickly rescinded by the Biden administration, according to Jeremy Kress, assistant professor of business law at the University of Michigan’s Ross School of Business.

“The rule isn’t official until it hits the Federal Register, so the next comptroller could call it back before it’s published,” he said.

While it’s possible that the OCC could get the rule published in the Federal Register in the three business days before the new administration takes over on Wednesday, there is a good chance that the regulator will not succeed in doing so, said Justin Slaughter, a partner at Mercury Strategies and a former chief policy adviser and special counsel at the Commodity Futures Trading Commission under Democratic Commissioner Sharon Bowen.

The agency’s revamped rule on the Community Reinvestment Act, for example, was finalized May 20, 2020, and wasn’t published in the Federal Register until June 5.

‘The OCC raced against time, and they probably lost,” Slaughter said. “This rule could be pulled back by a Biden administration within hours of the clock striking noon on the 20th.”

That would mean there is growing pressure for the Biden administration to address the fair access rule from its first day, Slaughter said, as it would need to be withdrawn before the rule is published in the Federal Register to avoid a more drawn-out process via Congress, lawsuits or another rulemaking process.

Biden would need to appoint a comptroller in an acting capacity right away, and the transition team is mulling several options for the next head of the OCC.

Two of the top candidates are Michael Barr, professor at the University of Michigan Law School, dean of public policy at Michigan’s Gerald R. Ford School of Public Policy and a former Obama-era Treasury official, and Mehrsa Baradaran, a law professor at the University of California, Irvine School of Law, according to two people familiar with the matter. (Reuters first reported the candidates’ names on Wednesday.)

Manny Alvarez, currently the Commissioner of the California Department of Business Oversight, is being championed by the Congressional Hispanic Caucus, according to a letter viewed by Morning Consult from the caucus to the Biden transition team. The two people familiar with the matter didn’t rule out Alvarez as the next OCC chief but said Barr and Baradaran are the leading contenders.

A spokesman for the Biden transition team declined to comment on the record.

If the Biden administration isn’t able to immediately claw back the rule, other options are available, said Brian Knight, an adjunct professor at George Mason University and a director at its Mercatus Center. The new comptroller could initiate a new rulemaking process on fair access, but that could take around a year, leaving banks confused on whether they need to comply with the current finalized rule.

Congress could review the rule as part of the Congressional Review Act, Knight said, which means the rule could be overturned with a majority vote. Sen. Sherrod Brown (D-Ohio), incoming Senate Banking Committee chairman, told reporters earlier this week that his staff is coming up with a list of regulations enacted under the Trump administration that are candidates for being rescinded through the Congressional Review Act.

Brown’s staff didn’t immediately respond to a request for comment at the time of publication.

But Knight noted that the Democratic majority in the Senate is slim and that there are Democrats from energy-producing states that largely like the rule, such as Sen. Joe Manchin of West Virginia.

Bank groups, including the Bank Policy Institute, have complained about the OCC’s process on the rule, including the 45-day comment period that the trade group said was too short. That means they’re likely to mount a legal challenge to the rule, Knight said, if the Biden administration doesn’t roll it back quickly.

And if bank or consumer groups do challenge the rule, Knight said the Biden administration would probably not launch a robust legal defense.

Bank Policy Institute CEO Greg Baer said in a statement that the rule is unlikely to stand up under scrutiny because it “lacks both logic and legal basis” and “ignores basic facts about how banking works.”