Analysis: U.S. Consumers Are Increasingly Geographically Divided in Terms of Assessing the Economy 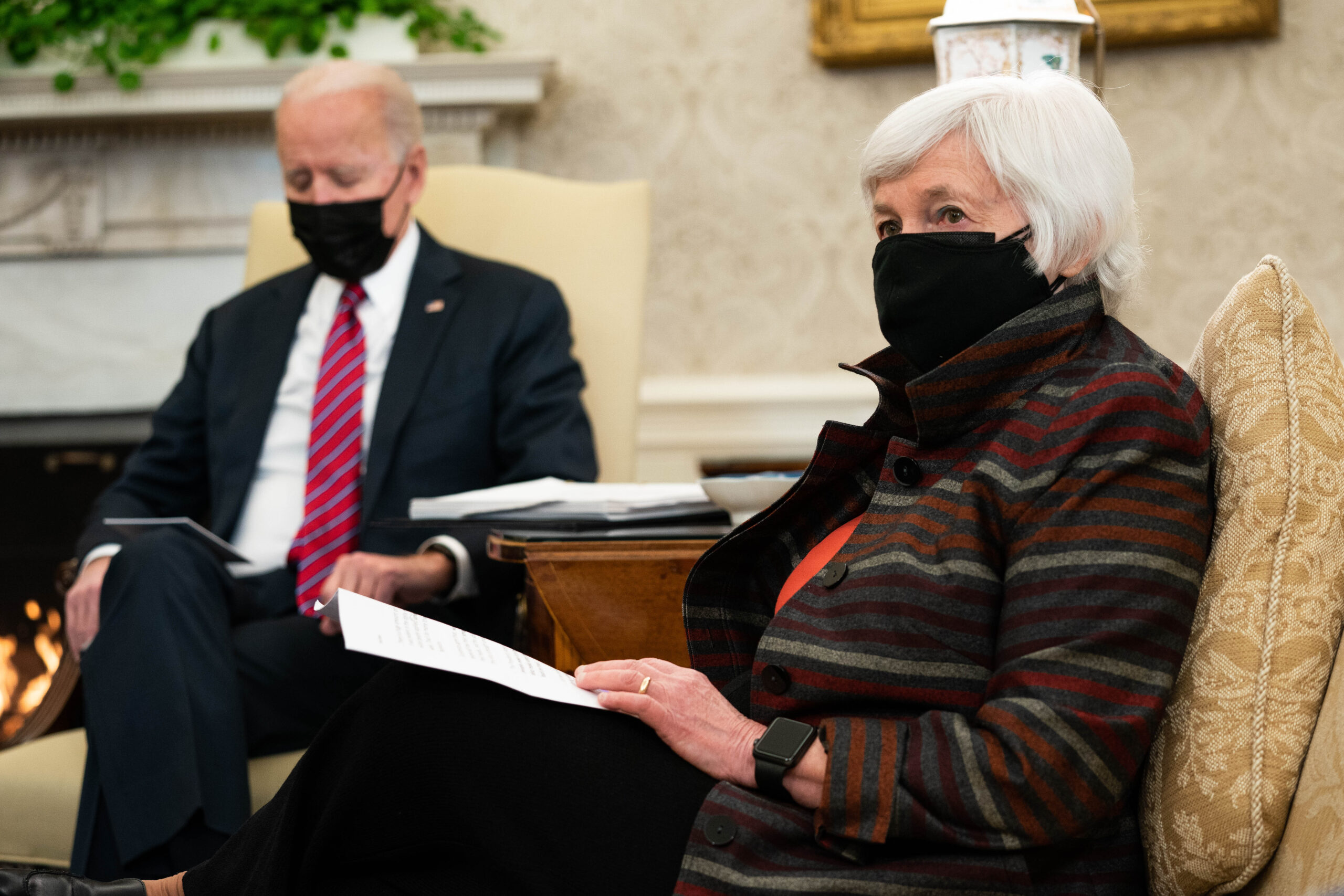 President Joe Biden with Treasury Secretary Janet Yellen in the White House during an economic briefing on Jan. 29, 2021. Morning Consult analyst John Leer says policymakers should reconsider a "one size fits all" approach to the economy because American consumers’ views on the economy increasing vary depending where they live. (Anna Moneymaker-Pool/Getty Images)
By John Leer

Much of the debate in 2020 focused on divisions and polarization within the American electorate. Morning Consult’s consumer sentiment data provides evidence of a similar phenomenon occurring in the economic sphere: American consumers’ responses to economic news and developments are increasingly a function of where they live.

Businesses and policymakers face a tradeoff between adopting a single strategic or policy approach for the country as a whole and catering their strategies and policies to meet the unique needs of consumers in different states and regions. While a single strategy may be operationally less complex, it misses out on potentially significant regional differences. For example, a nationwide marketing campaign that fails to identify just how downbeat consumers in a given state feel about the economy risks coming off as tone deaf.

The same goes for policy approaches to the economic recovery: While incomes on average may be rising, there are pockets of the country that risk being left behind. 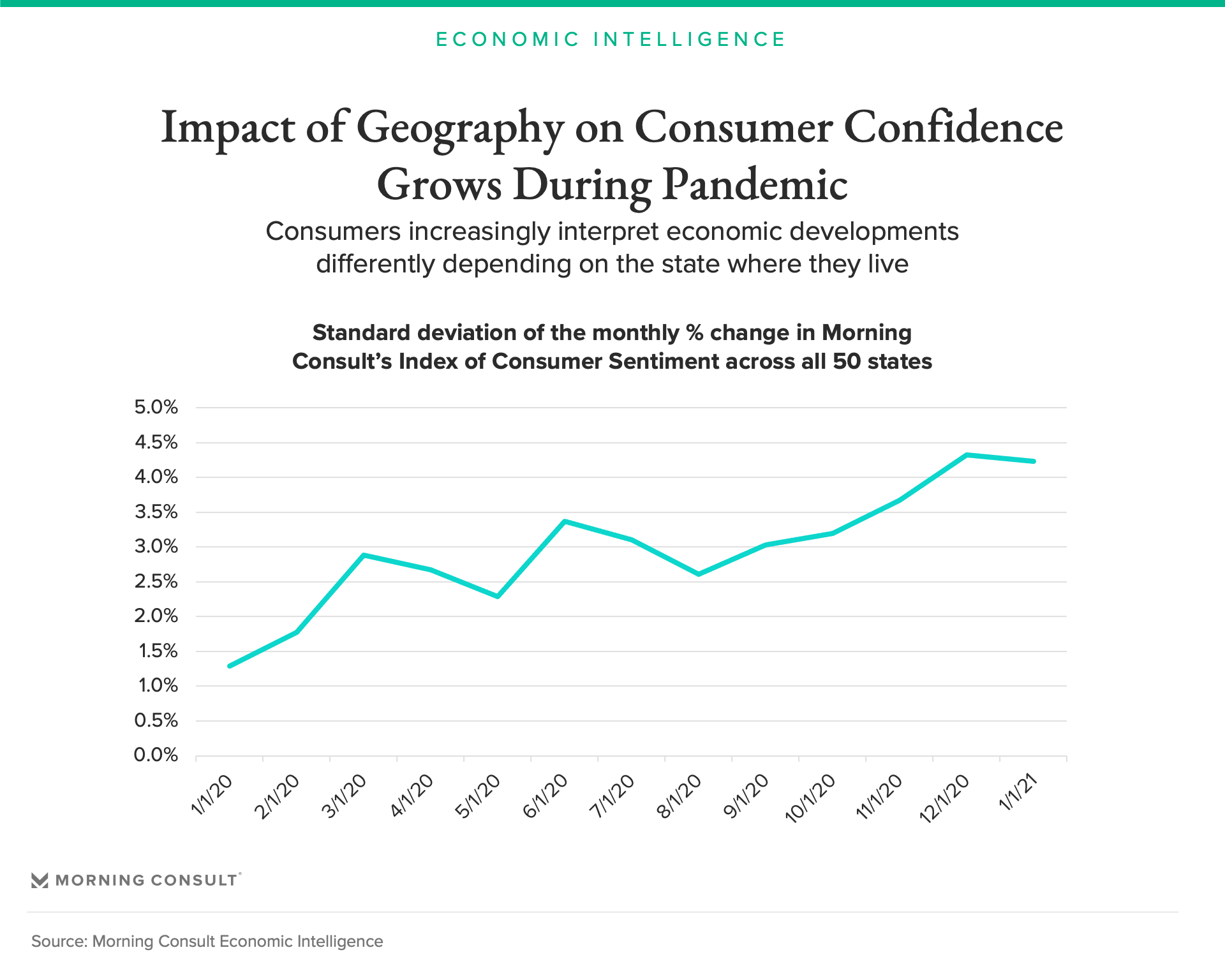 Thus, one of the most important factors in optimizing this tradeoff is understanding just how differently consumers across the country view and experience the economy. When consumers in different geographies share a common economic outlook and respond similarly to economic developments over time, the benefits of adopting a single strategic or policy approach often outweigh the costs.

The converse is also true. A high level of geographic heterogeneity justifies adopting a more localized approach to business strategy and economic policy.

Morning Consult data makes the case for a highly localized approach to business strategy and economic policy at this point in time. Consumers across the country increasingly reached different interpretations of the economy over the past year, as seen in Morning Consult’s Index of Consumer Sentiment. In the United States, the standard deviation in the monthly percentage change in the ICS across all 50 states more than doubled from January 2020 to January 2021. 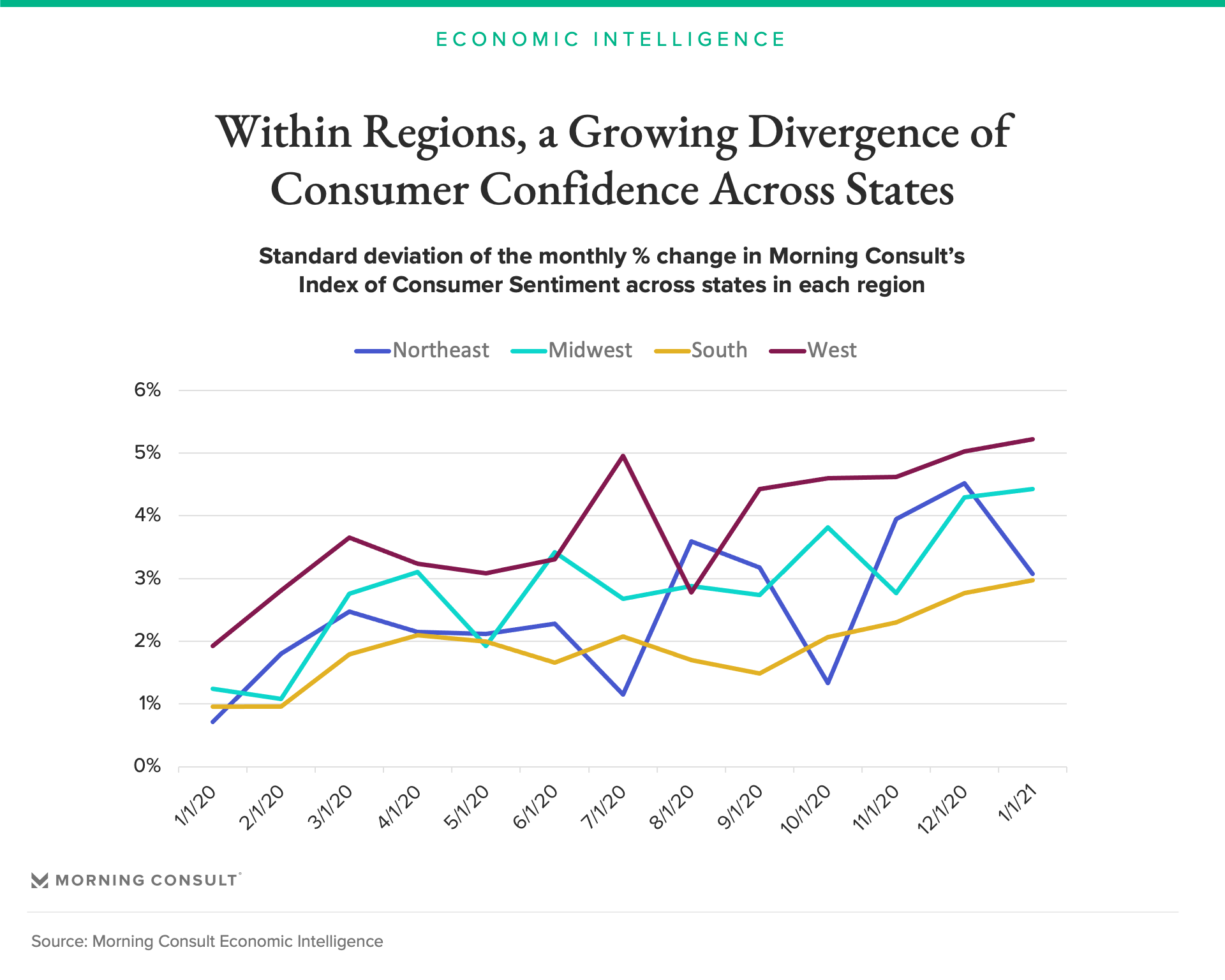 Similar phenomena exist within each of the four Census regions. The economies of states in the West (think California vs. Alaska) are more different from each other in terms of their primary industries and employment outcomes than economies of states in the South. This higher level of regional economic variance explains why consumers in the West consistently respond more differently to economic development than consumers in the South at any one point in time.

Despite these point-in-time differences, the broader trend of increasing state-level heterogeneity is evident within each of the regions over the past year. Consumers in a given state in the Northeast, Midwest, South and West interpret economic developments more differently from consumers in other states in the region now than they did prior to the pandemic.

For businesses trying to assess the strength of the U.S. recovery in consumers and consumer spending, this data supports the need to adopt a regional perspective. A one-size-fits-all business strategy across the country and even within a geographic region is unlikely to be successful as the economy recovers from the pandemic.

Economic policymakers would also be well-served to adopt policy interventions that account for the growing degree of regional consumer heterogeneity. In practice, these findings support providing state and local governments with federal fiscal support and granting state and local policymakers a greater degree of autonomy to allocate those funds to meet the needs of their economies.