30% of millennials, however, said they watched with a group of people from outside their households 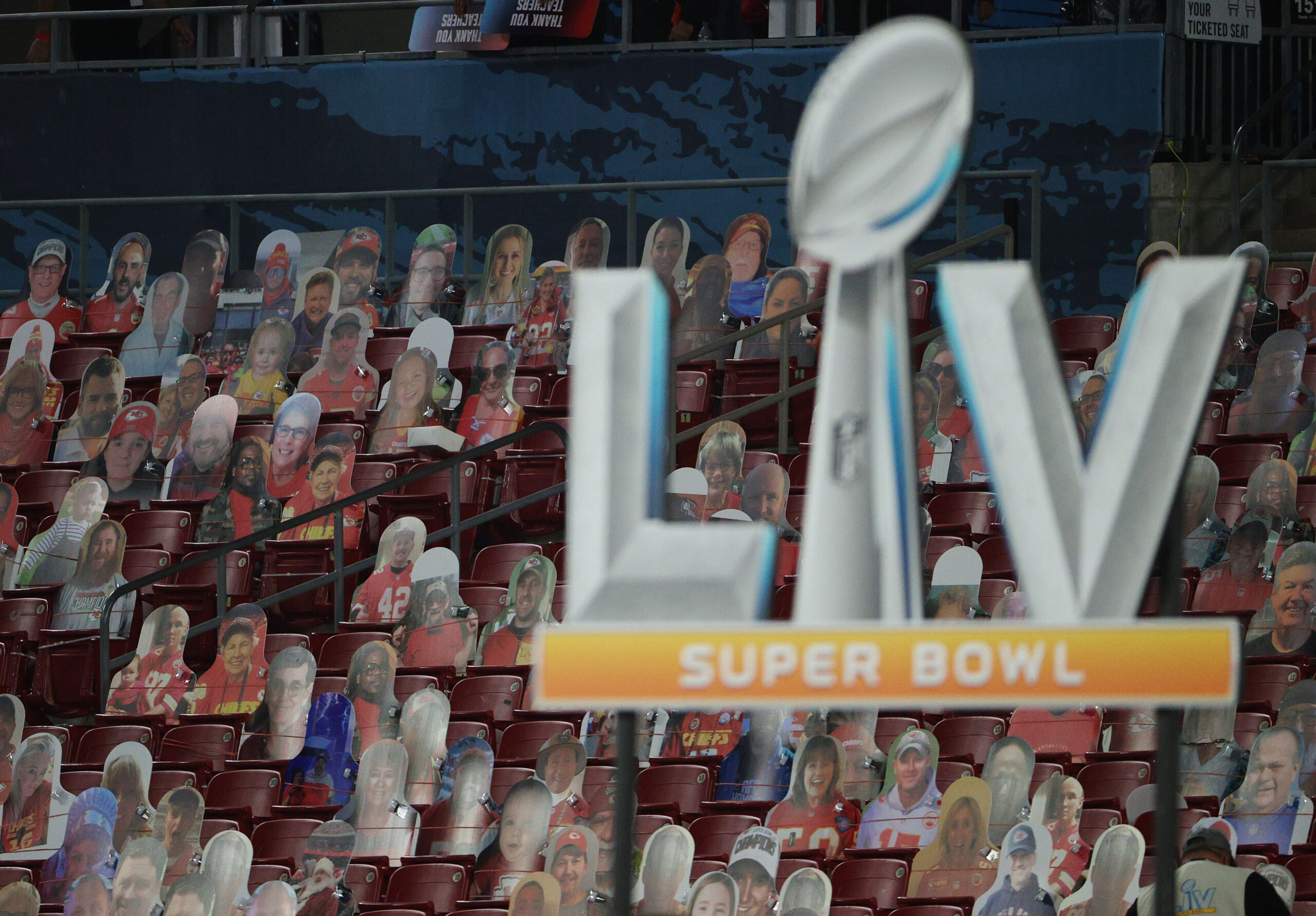 Nineteen percent of U.S. adults said they watched Super Bowl LV with a group of people who didn't live in their household, according to Morning Consult polling. (Patrick Smith / Getty Images)
By Alyssa Meyers

Super Bowl parties were few and far between this year, with fewer than 1 in 5 viewers saying they gathered with a group of people they do not live with to watch the game, according to new polling from Morning Consult. 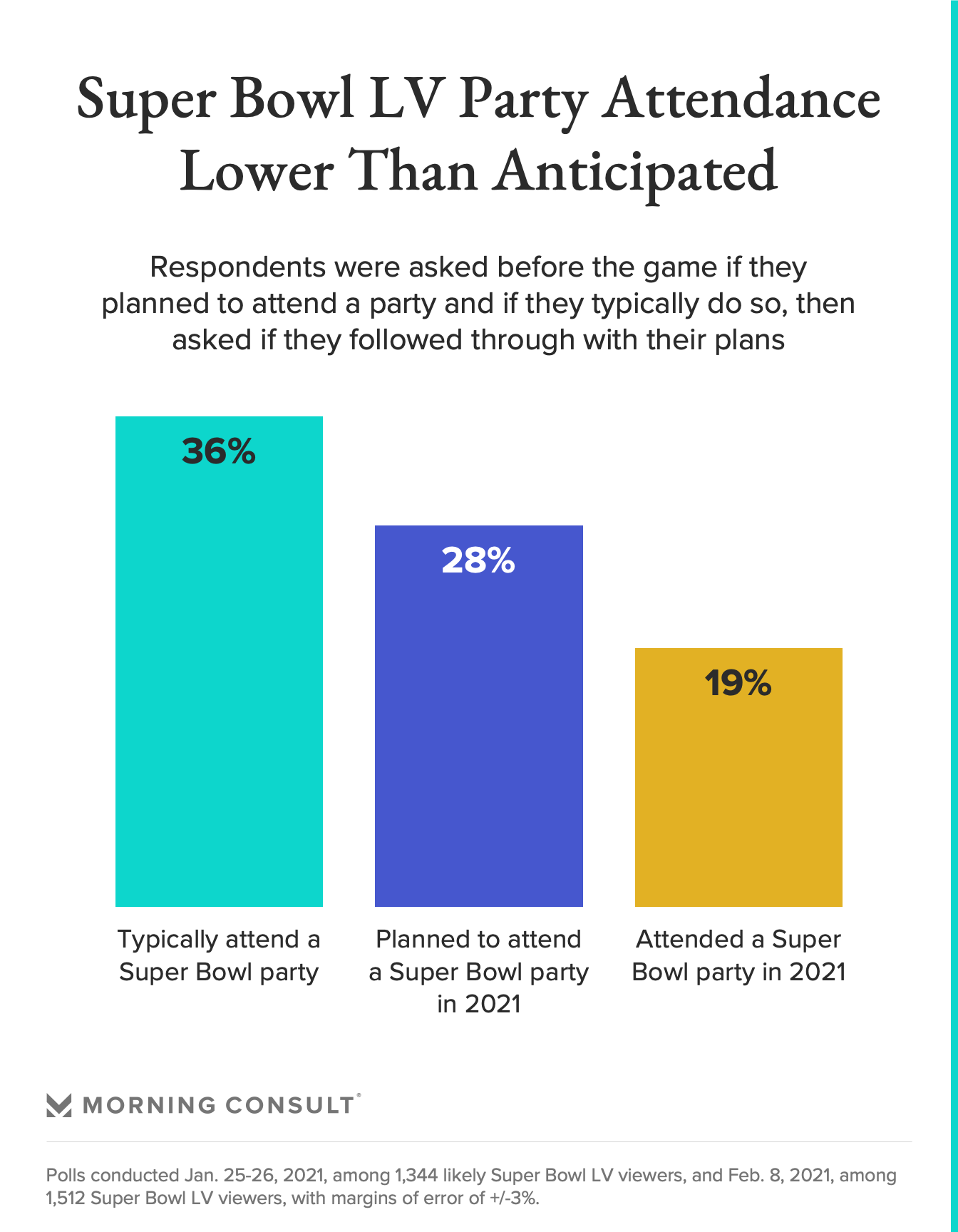 Nineteen percent of U.S. adults who watched Sunday’s Super Bowl said that they did so with a group that included people they don’t live with in the same household, according to the Feb. 8 survey, which carries a margin of error of 3 percentage points and was conducted among 1,512 self-reported Super Bowl LV viewers.

That figure is slightly lower than anticipated, according to Morning Consult trend data: A Jan. 25-26 Morning Consult survey found that 28 percent of those who said they were likely to watch the Big Game indicated they planned to do so at a party. Another 36 percent of likely watchers said that, in a typical year, they do so with people they don’t live with.

As Super Bowl LV neared, Dr. Anthony Fauci urged Americans to “just lay low and cool it” in regards to Super Bowl parties, which he reportedly said could turn into “’mini super spreader events” as the United States continues to fight the spread of COVID-19. 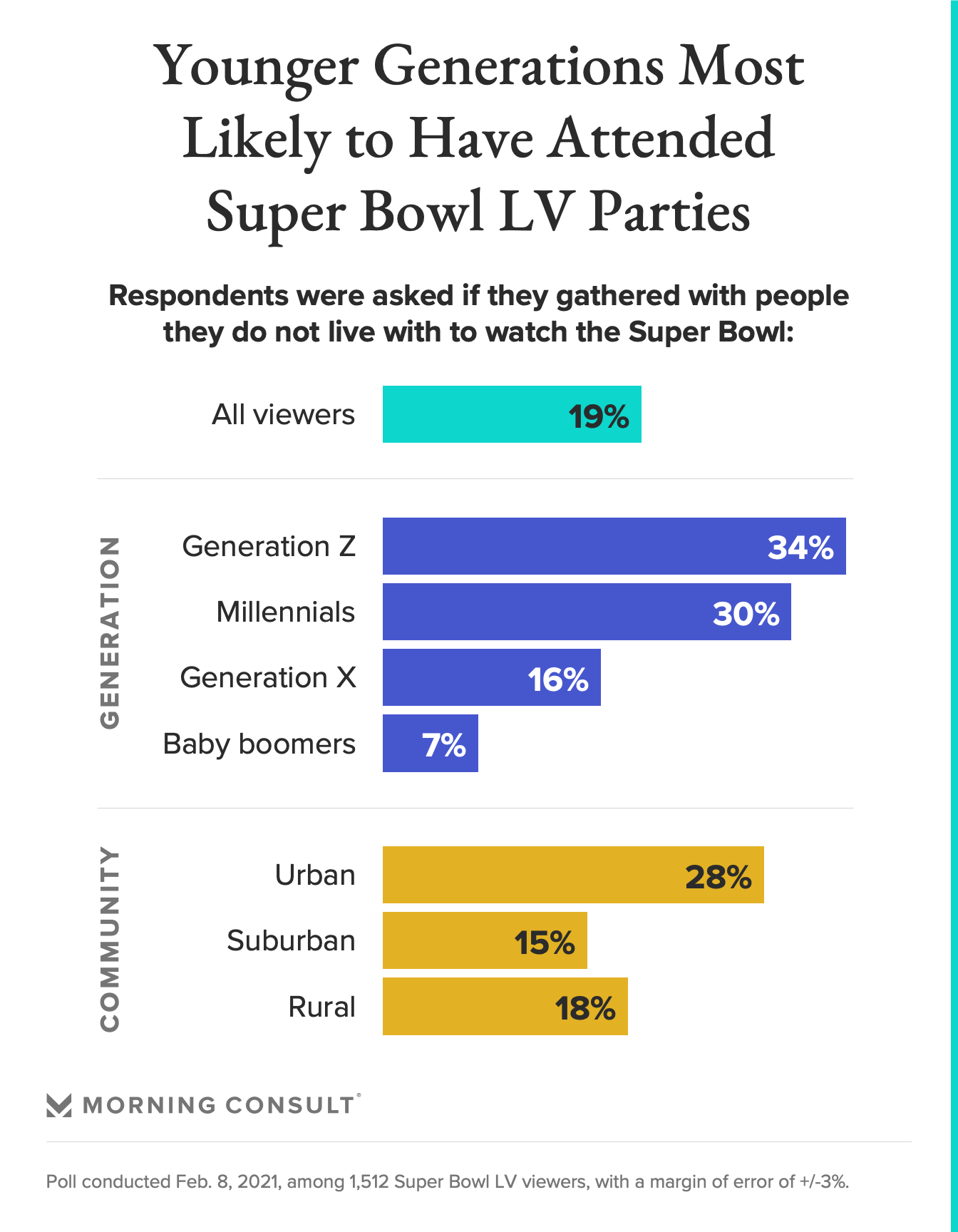 The youngest generations were most likely to discount this advice. Party attendance was significantly higher among adult Generation Z (34 percent) and millennial (30 percent) viewers  compared to older generations.

Viewers who live in urban areas (28 percent) were also slightly more willing to gather for the game than suburban dwellers (15 percent) and general viewers.