As the global economic recovery continues, consumers in Asia-Pacific countries are closest to regaining their confidence, while consumers across the Americas remain a long way off, Morning Consult economist John Leer writes.

The pandemic has affected virtually every corner of the global economy. Even countries that managed to control the spread of the virus face knock-on effects from sluggish global demand. And while the economic fall was relatively uniform, the rebound is increasingly country-specific.

To compare the pace and scale for how global economic powers are recovering, we analyzed Morning Consult’s Economic Intelligence tracking data on daily consumer confidence in 12 countries. This data provides a leading indicator of the strength of global consumer spending and sheds light on the future trajectories of the global economy.

Consumers in Asia-Pacific countries are the closest to regaining their confidence: Consumers across China, Japan and Russia are all roughly as confident in the economy as they were prior to the pandemic, and consumer confidence in Australia is actually higher than it was before the pandemic. 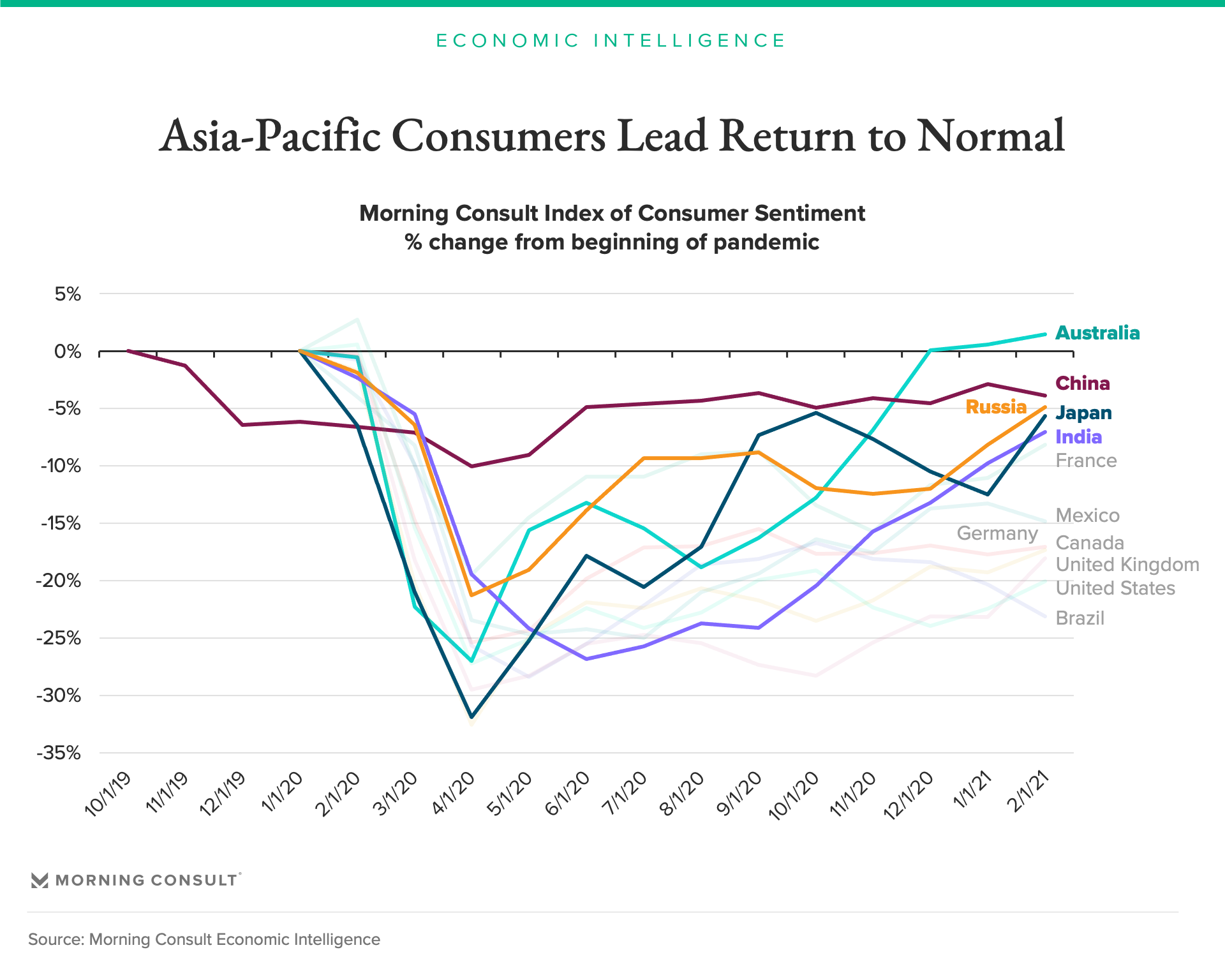 While Asia-Pacific countries are the least likely to exhibit strong post-pandemic booms in confidence or spending, they are also the least likely to suffer from long-term scarring effects from the pandemic. Confidence in all of these countries has essentially returned to where it was prior to the onset of the pandemic, providing consumers less room to bounce back to their pre-pandemic levels of confidence. By returning to normal sooner rather than later, these countries limited the likelihood of pandemic-induced economic problems such as decreases in employment becoming permanent.

In Europe, U.K. and France see rapid improvements while Germany lags: Consumer confidence in the United Kingdom and France rapidly improved in February, continuing trends in these two countries over the past few months. On the other hand, German confidence remains essentially unchanged since September. 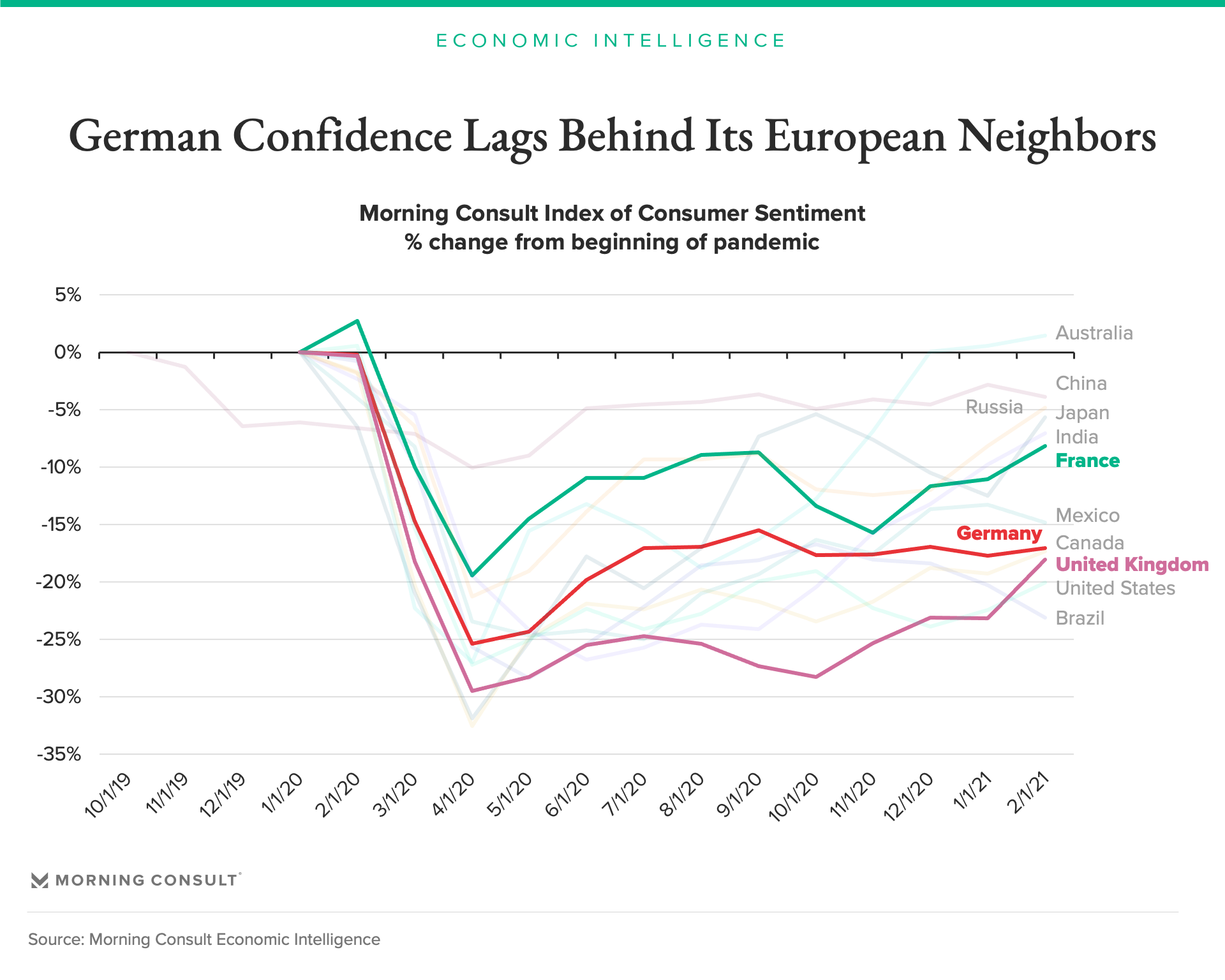 Across the Americas, consumer confidence remains significantly below pre-pandemic levels.  Recent trends in the United States and Canada are encouraging, signaling that these countries are poised for a rebound in confidence over the course of the year. The turnaround in the United States began in January as the spread of the virus decreased and additional fiscal support helped Americans’ finances. Assuming the rate of vaccinations remains constant and Congress passes another stimulus package, American consumer confidence is on pace to continue to increase this year. 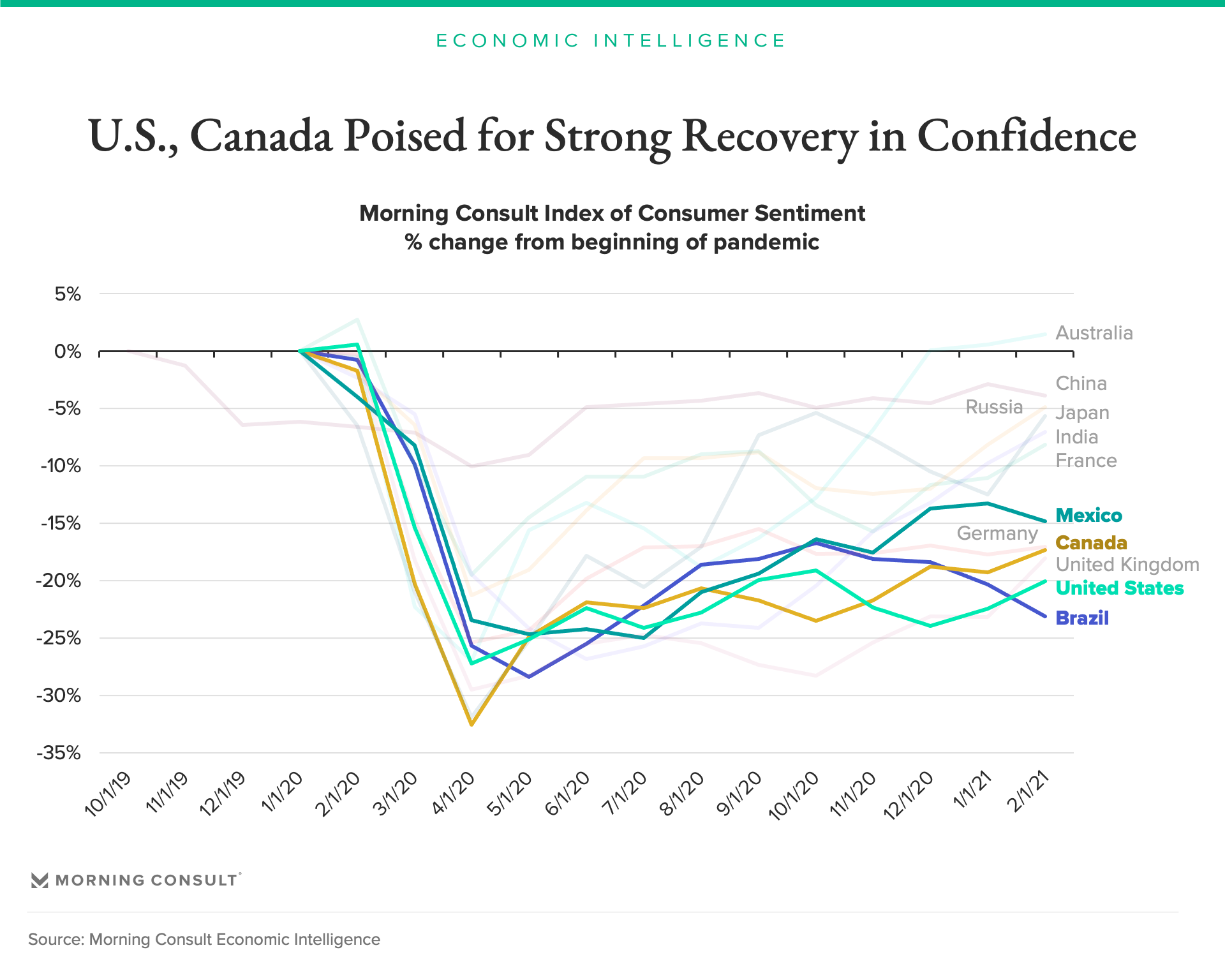 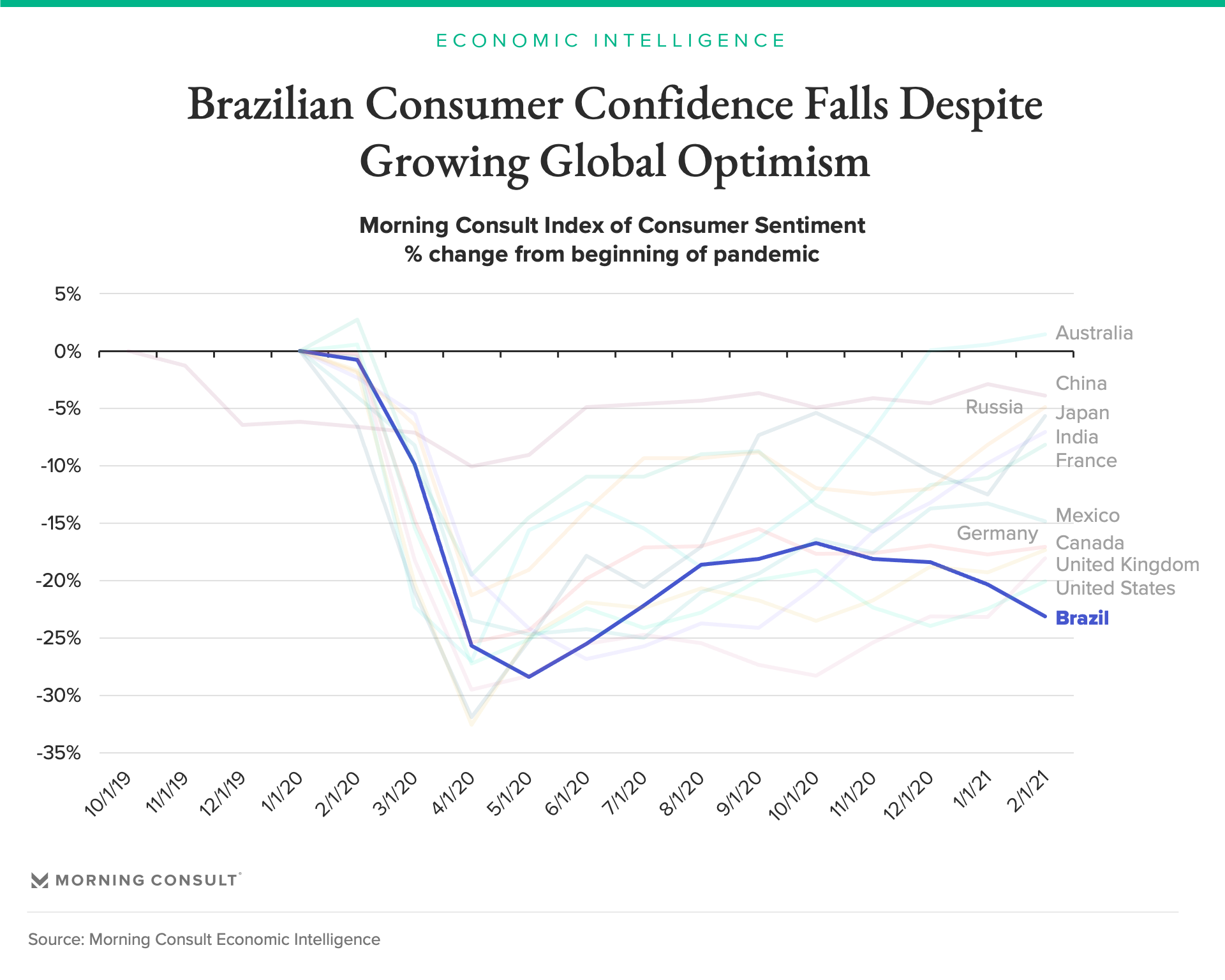 [1] Chinese consumer confidence significantly decreased in November 2019 and deteriorated further in December. However, the first official communication by the Wuhan Municipal Health Commission regarding cases of “viral pneumonia” was issued on Dec. 31, 2019. The timing of these events makes it difficult to definitively conclude that the drop in confidence in November and December was in fact caused by the growing concerns regarding the coronavirus. Other factors may be responsible for some or all of this decrease in consumer confidence. However, in an effort to capture the full extent of the possible impact of the virus on consumer confidence, this analysis uses October 2019 as the start date, acknowledging that some portion of the decrease in confidence in November or December may be attributable to other factors. (Go back to the article.)