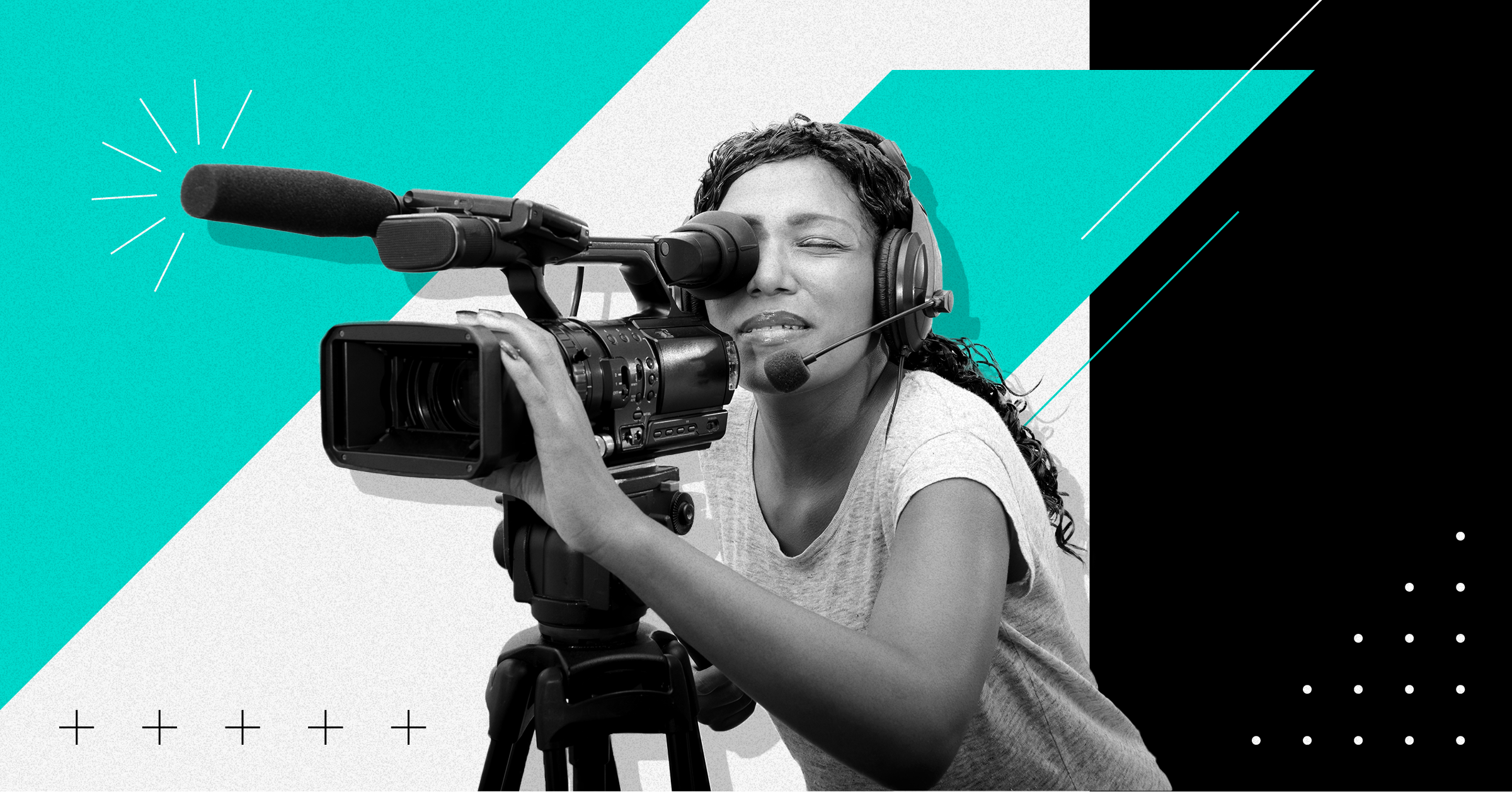 An analysis of streaming hubs featuring Black stories finds that on average 56% of films featured have at least one Black director or writer and 53 percent of TV shows have a Black creator. (Getty Images / Morning Consult artwork by Tadiana Martinez)
By Sarah Shevenock

As consumers began applying pressure on U.S. companies to increase their diversity efforts in the wake of renewed Black Lives Matter protests last year, streaming services did what they do best: They curated and launched hubs of content, this time focusing on Black stories. But new analysis reveals a disconnect between the Black stories promoted on these hubs and the racial and ethnic diversity of the voices creating the featured content. 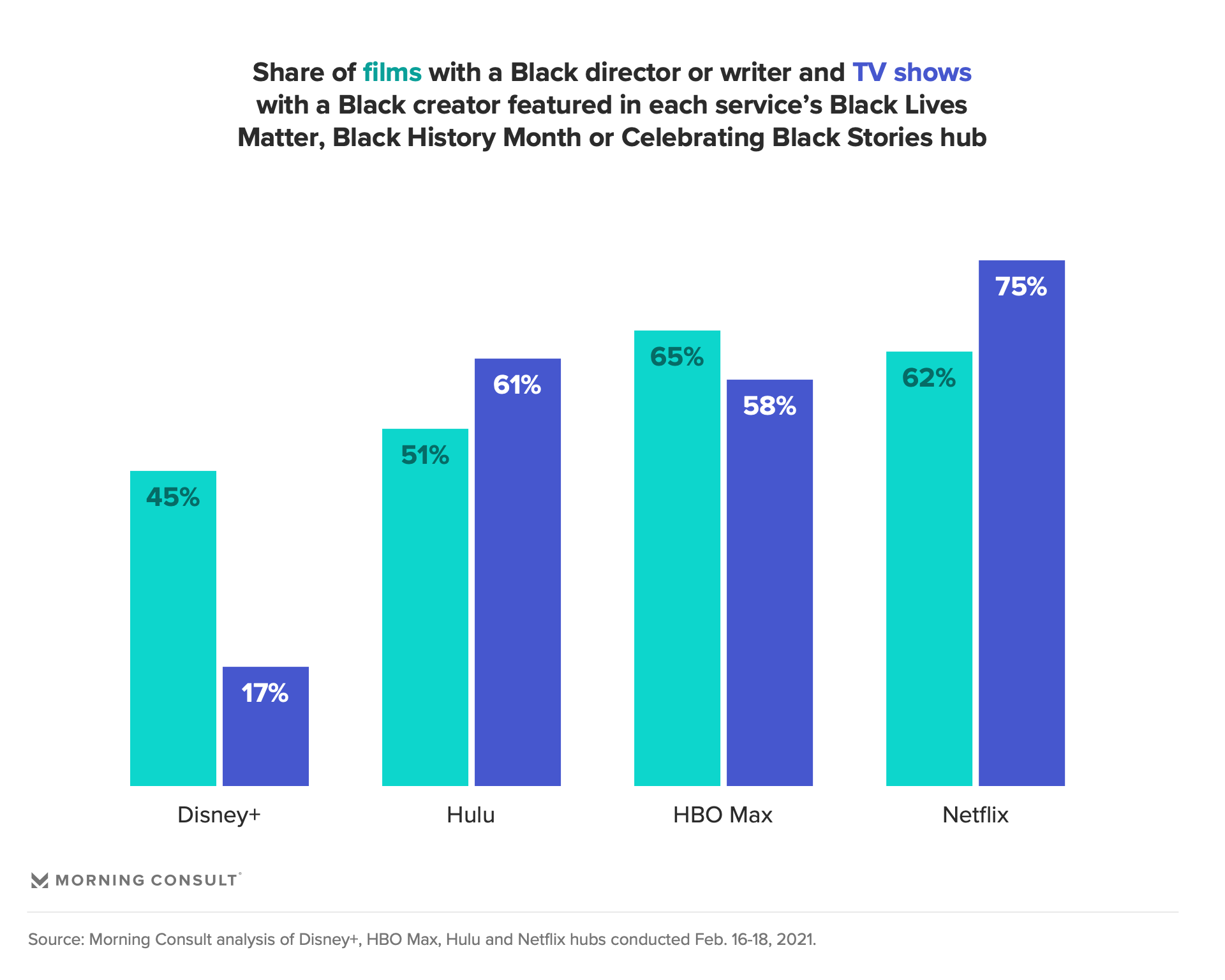 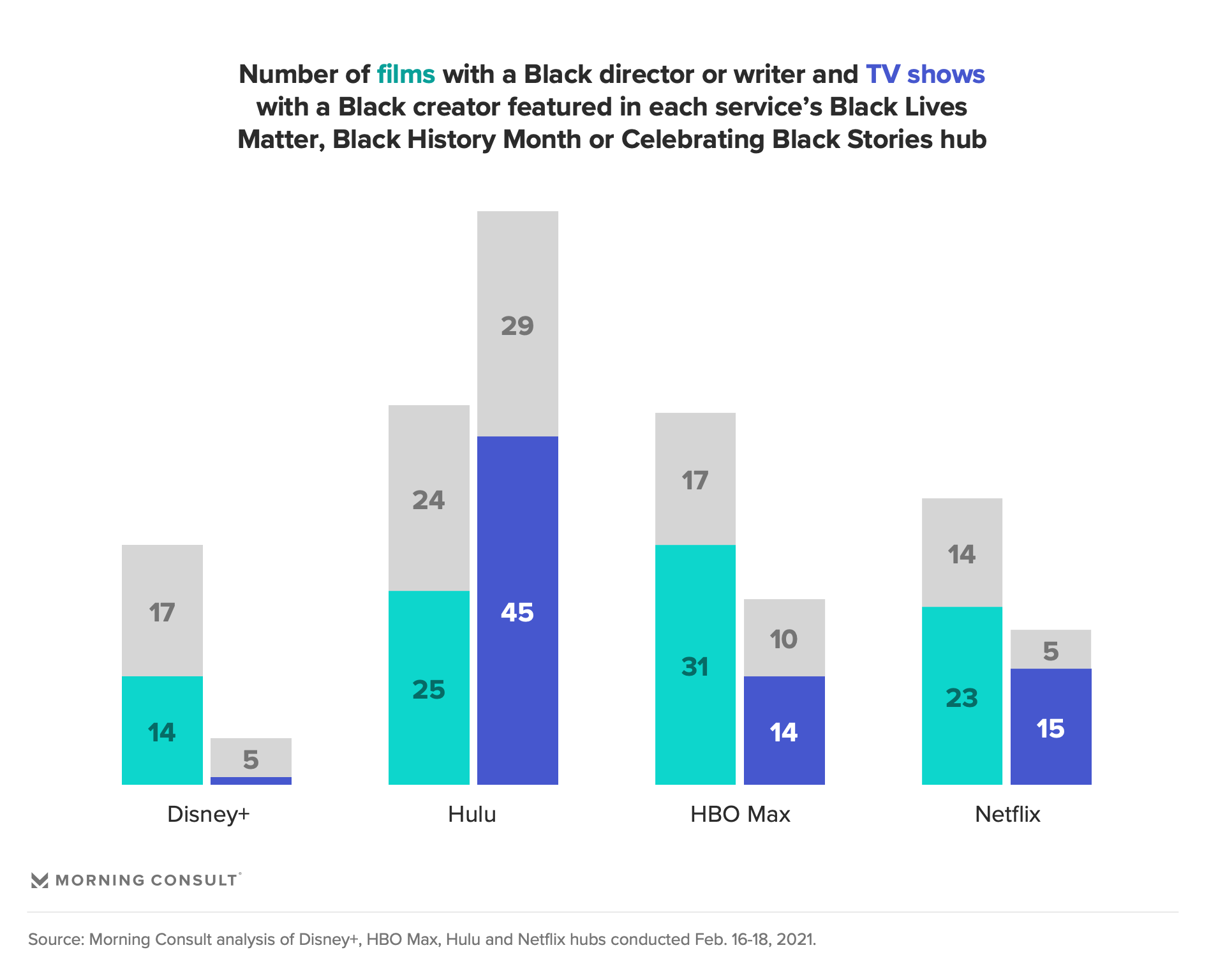 A Feb. 16-18 analysis conducted by Morning Consult of Black stories hubs on Netflix, HBO Max, Disney+ and Hulu found that on average, roughly half (56 percent) of the films featured have at least one Black director or writer and 53 percent of the TV shows have a Black creator.

Those advocating for increased diversity and inclusion in Hollywood say that while highlighting projects exploring Black stories, some of which come from Black voices, is a start, there’s still room to increase racial and ethnic diversity behind the camera.

“If you don’t have people of color in those decision-making positions, those creative positions, it’s hard to regularly produce content that’s going to be reflective of those experiences,” said Darnell Hunt, dean of social sciences at UCLA and co-author of the Hollywood Diversity Report.

Related: What Did People Watch the Most on Netflix in January? Netflix Originals.

Netflix featured the most TV shows with a Black creator, per the analysis, as 75 percent of the included television titles have a Black creator, such as Ava DuVernay who shepherded the miniseries “When They See Us.” HBO Max (65 percent) held a slight edge over Netflix (62 percent) for the highest share of featured films with at least one Black director or writer behind the camera. With 37 films and TV shows, Disney+’s “Celebrating Black Stories” hub had the least amount of content and the lowest share of titles created by Black individuals.

Marcie Cleary, a partner in the entertainment group at the law firm Frankfurt Kurnit Klein + Selz, which represents various clients in the industry, was surprised by the figures for all four hubs, calling them “jarringly low.”

“You would naturally assume that content about Black people would be made by Black people,” Cleary said. “We’re creating the content, but that’s still not the content that’s being necessarily pulled to display on these streaming hubs.”

Last summer, after the police killing of George Floyd in Minneapolis, Netflix Inc., Walt Disney Co. and WarnerMedia launched hubs showcasing Black stories. Titles in Netflix’s hub, “Black Lives Matter,” which has been available since its launch, have remained fairly consistent, while Disney noted that content would be continuously added to its “Celebrate Black Stories” and “Celebrating Black Stories” hubs on Hulu and Disney+, respectively. WarnerMedia launched a new hub on HBO Max, called “Black History Is Our History,” earlier this month.

Netflix, Hulu, Disney+ and HBO Max, all of which initially launched hubs over the summer, did not respond to requests for comment. Amazon.com Inc.’s Amazon Prime Video, which has since added a Black History Month hub, was not included in the analysis.

Hubs created by streaming services act like “a curated museum exhibit,” according to Hunt, “pulling materials together that people might not otherwise know exist” and making it easy for viewers to find the films and TV shows in one place.

Cleary added that while these hubs can help programs grow viewership among Black audiences, as they will be drawn to hubs featuring content that reflect their lives, she’s hesitant to say consumers of all racial identities will be actively seeking out films and TV shows in these hubs.

“What would be even more impactful is if these streamers made a conscious effort to include content that’s created by these Black creators on their main page 365 days a year,” Cleary said. “Every month it should look like there’s a celebration of Black and people-of-color creators.”

Expanding the number of Black creators working in Hollywood and the number of Black stories on screen will drive up diversity across the entertainment workforce, but Hunt emphasized the importance of focusing efforts in the executive suite and other decision-making roles, creating a trickle-down effect that would impact production, casting and other departments.

Cleary added that establishing recruiting at historically black colleges and universities and providing paid opportunities for students can help create a pipeline to increase diversity now and in the future.

“The biggest step that these media companies can take is to look at themselves in the mirror and ask, ‘Are we on the right side of history in terms of our own production practices?’” Hunt said. “‘From top to bottom, from the executive suites down to craft services, do we have talent and employees who are reflective of America’s diversity?’”