48% of Republicans heard “a lot” about first event vs. 44% who said the same of latter 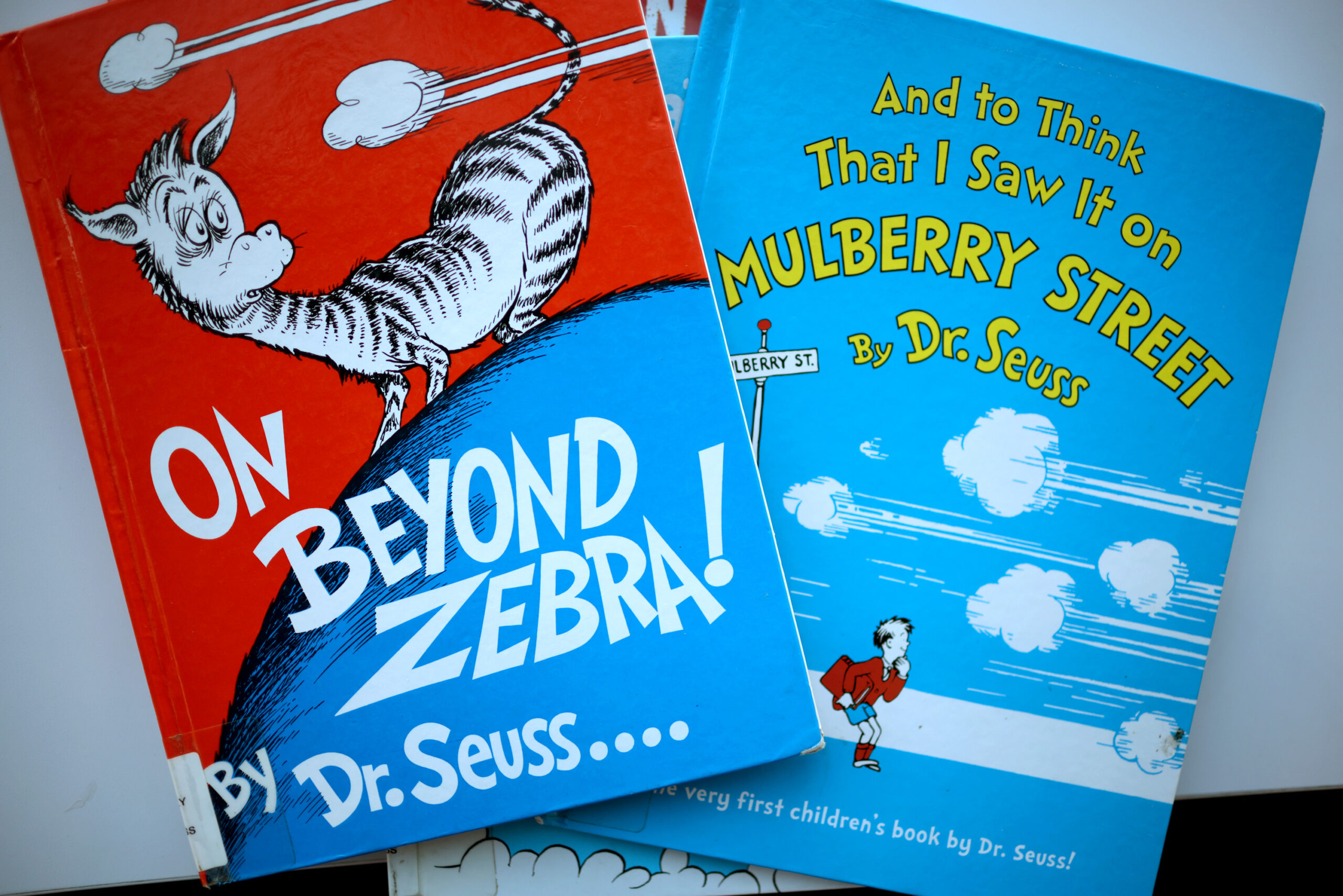 "On Beyond Zebra!" and "And to Think That I Saw it on Mulberry Street," two of six books by Dr. Seuss that will no longer printed due to accusations of racist and insensitive imagery, are offered at the Chinatown Branch of the Chicago Public Library on March 02, 2021, in Chicago. (Scott Olson/Getty Images)
By Cameron Easley

Conservatives on Capitol Hill and in the media have devoted ample time in the past week to criticizing the overseer of Dr. Seuss’ estate for pulling six books from publication because of their racist imagery. A new Morning Consult/Politico poll shows that messaging effort is resonating with the Republican base.

Nearly half (48 percent) of GOP voters said they’d heard “a lot” about the decision, according to the March 6-8 survey of 1,990 Americans, more than the share of Republicans who heard about any other news event tested in the poll, including the House’s successful passage of President Joe Biden’s $1.9 trillion COVID-19 relief bill (44 percent) on Feb. 27 and confirmation that former President Donald Trump and former first lady Melania Trump had been vaccinated for the disease (15 percent). 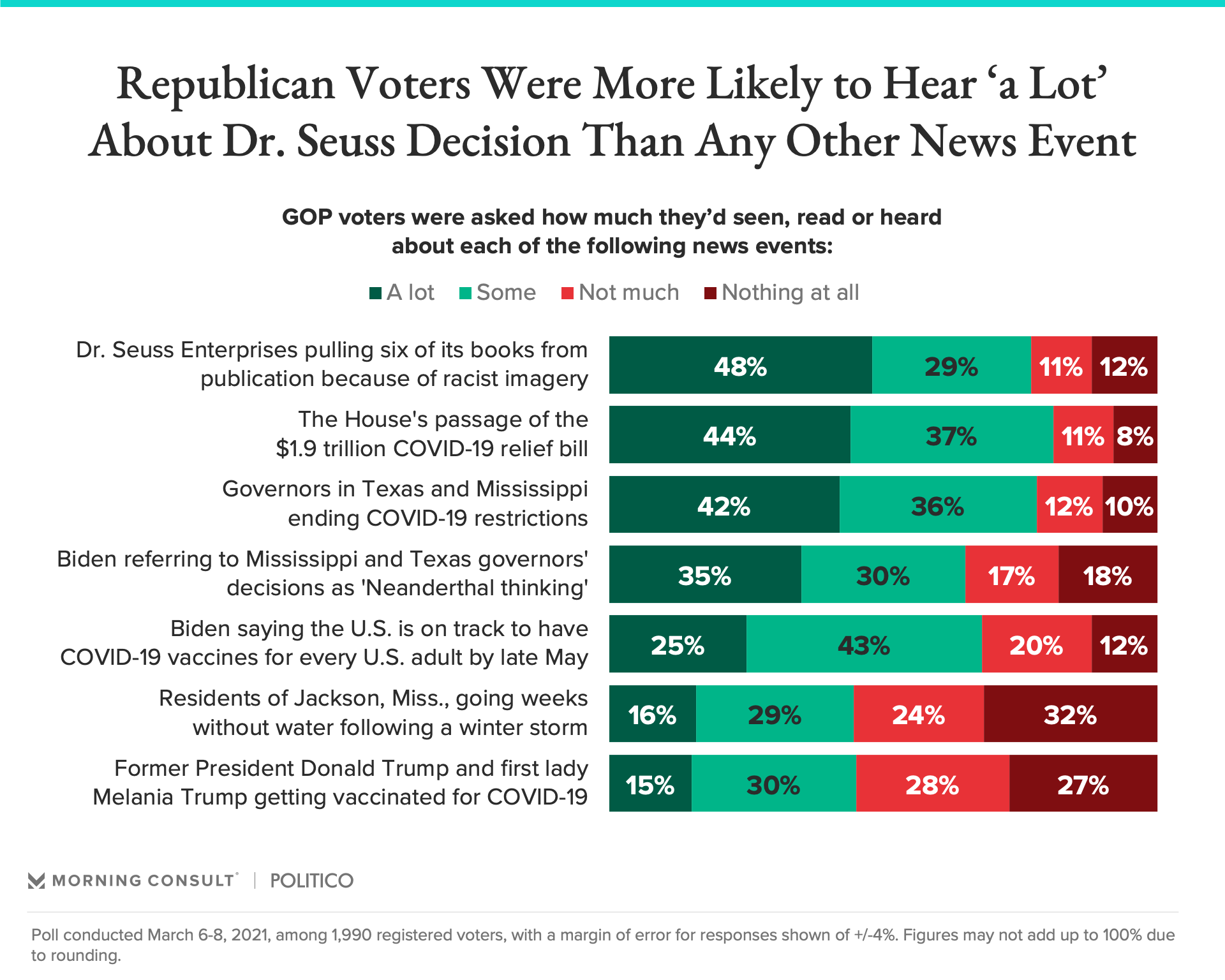 On March 2, Dr. Seuss Enterprises announced it had pulled six of the author’s lesser-known works for their portrayals of “people in ways that are hurtful and wrong,” a decision that earned more than an hour of coverage on Fox News that day, according to an analysis by the progressive watchdog group Media Matters for America.

House Republicans also seized on the news: House Minority Leader Kevin McCarthy of California released a video of himself reading “Green Eggs and Ham” and the National Republican Congressional Committee began sending copies of “The Cat in the Hat” to people who donate $25 to the House GOP’s efforts to retake the chamber in next year’s midterm elections. Notably, neither title was among those culled from production by Dr. Seuss’ estate.

Nonetheless, the attention paid to the decision reflects conservatives’ confidence that a focus on cultural issues will help the party at the ballot box. Republican commentator Erick Erickson on Tuesday predicted that come next year, “more voters will remember Seuss when they vote than the COVID plan.”

While that assertion remains in question, the latest poll’s findings suggest that the most recent front in the culture war is registering with the conservative base.