As FSOC Meets, Calls to Designate Nonbanks ‘Too Big to Fail’ Grow Louder After Fund’s Implosion 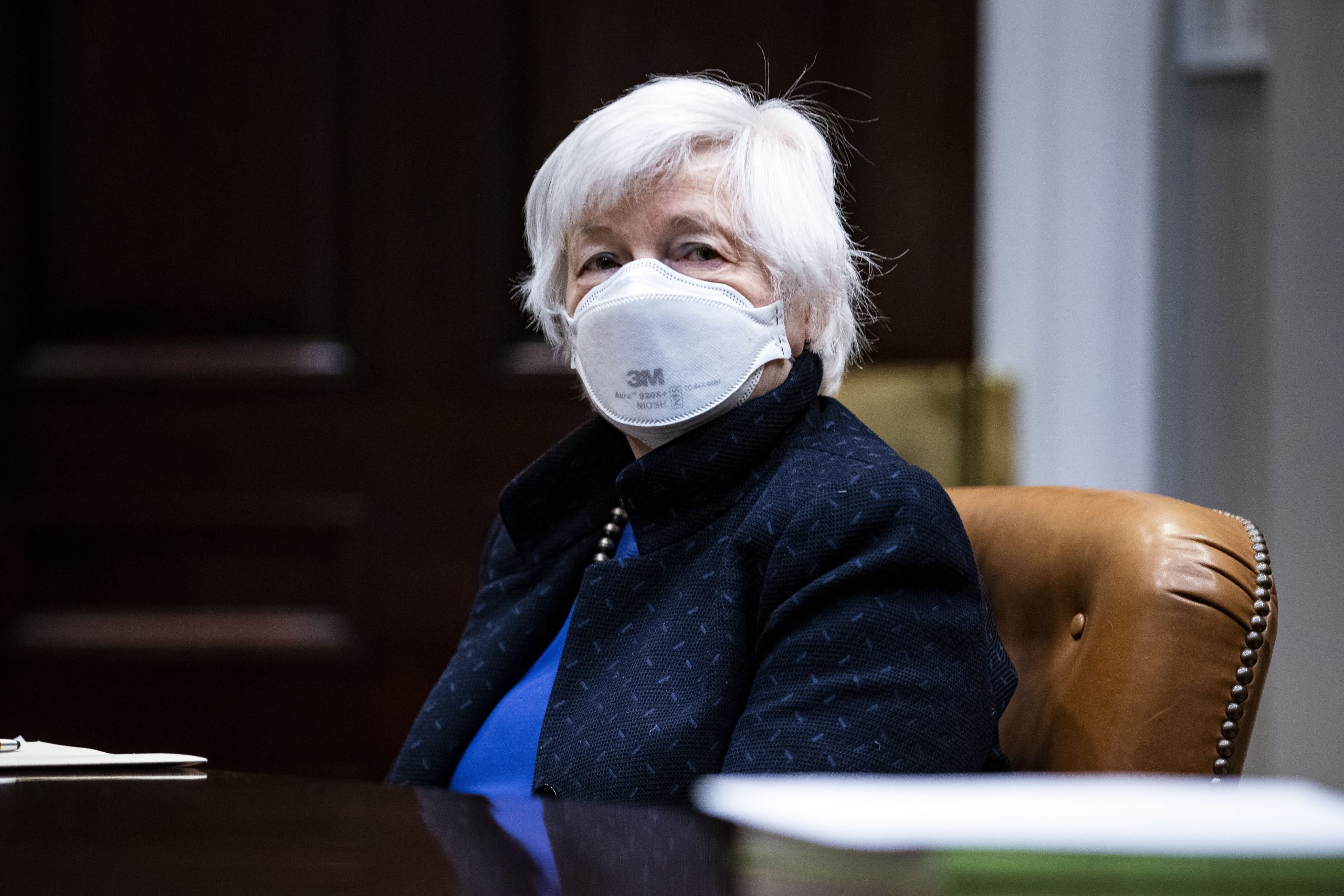 Treasury Secretary Janet Yellen, pictured during a meeting with President Joe Biden in the Roosevelt Room of the White House on March 5, 2021, will oversee her first meeting of the Financial Stability Oversight Council on Wednesday. (Al Drago/Getty Images)
By Claire Williams

The dramatic unwinding of positions held by Archegos Capital Management forced banks to take billions in losses, leaving other investors pondering the same question: Who else could have been exposed?

It’s a question that regulators will also want to know the answer to, as a powerful group of U.S. financial officials prepare to meet Wednesday. Ahead of the meeting, calls for closer scrutiny of the nonbank sector grew, including at least one group that urged the regulators on the Financial Stability Oversight Council to reconsider nonbanks as “too big to fail.”

While banks scrambled to shift assets and the Securities and Exchange Commission reportedly began investigating what happened, FSOC, led by Treasury Secretary Janet Yellen, geared up for its first meeting under the Biden administration — one where it was already set to discuss hedge fund risk to the financial system. Archegos, a family office, is run by former hedge fund manager Bill Hwang.

“The situations are slightly different, but they definitely rhyme,” said Gregg Gelzinis, an economic policy analyst at the Center for American Progress, which has close ties to the Biden administration.

(The public part of the meeting will include a discussion of climate risk and financial stability.)

Gelzinis writes in a report released Wednesday that the agencies should pass rules so policymakers can revisit systemically important financial institution designations for nonbank financials, which he argues have taken a lot of the risk that banks used to carry before the 2008 financial crisis and the Dodd-Frank Act. Being deemed systemically important would allow for tougher regulation and stricter supervision from the Federal Reserve.

Sen. Elizabeth Warren (D-Mass.) pressed Yellen just last week at a Senate Banking Committee hearing on the possibility of making asset manager BlackRock Inc. “too big to fail.” Yellen said that FSOC should focus on risky activities rather than individual companies, including the Treasuries market frenzy in March 2020 when the market for U.S. Treasuries nearly ground to a halt as some managers sold off their government debt en masse, which FSOC is scheduled to discuss Wednesday.

“Rather than focus on designation of companies, I think it’s important to focus on an activity like that and to consider what the appropriate restrictions are,” Yellen said.

In an email to Morning Consult, Warren made the argument for tougher scrutiny of nonbanks.

“Archegos’ meltdown had all the makings of a dangerous situation — largely unregulated hedge fund, opaque derivatives, trading in private dark pools, high leverage and a trader who wriggled out of the SEC’s enforcement,” she said. “Regulators need to rely on more than luck to fend off risks to the financial system: we need transparency and strong oversight to ensure that the next hedge fund blowup doesn’t take the economy down with it.”

Andrew Metrick, director of the Yale Program on Financial Stability and a former senior economist for finance on the Council of Economic Advisers beginning in 2008 who worked on Dodd-Frank, said regulators should be making sure they understand what banks’ exposures are to total return swaps (the kind of derivative that reportedly caused Archegos’ problems that are sometimes made by hedge funds and brokered by Wall Street banks).

“If you had asked me if banks would have had this much exposure to what is effectively a midsized hedge fund, I’d have thought it wasn’t likely,” he said. “Nothing horrible happened in this case, but what about next time? What if next time it’s a big one?”