Morning Consult’s China Index of Consumer Sentiment is now higher than it was in October 2019, before the first COVID-19 cases were reported in the country, writes Morning Consult economist John Leer 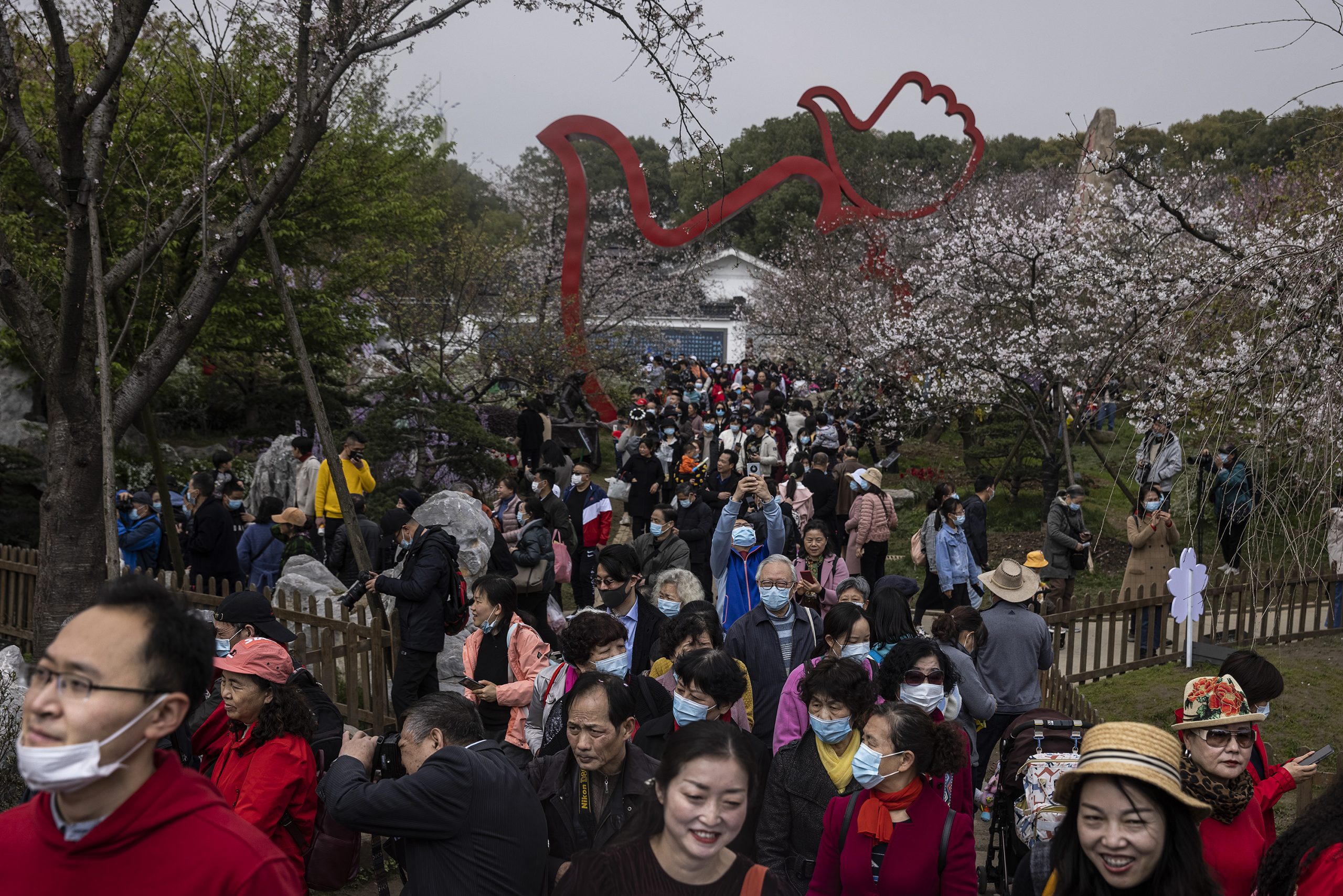 Tourists view blooming cherry blossoms in Wuhan, China, on March 12, 2021. As the Chinese return to their normal lives, consumer confidence is now higher than it was before the pandemic, according to Morning Consult data. (Getty Images)
By John Leer

For the first time since the onset of the coronavirus pandemic in late 2019, consumer confidence in China shot higher than its pre-pandemic level. Morning Consult’s Index of Consumer Sentiment in China read 156.85 for the first 13 days of April, up 2.36 points from March. This compares with the pre-pandemic figure of 153.14 for the month of October 2019.

April’s increase builds on the 5.54-point improvement in March, the second-largest monthly increase over the past 18 months. The improvements in March and April provide a clear indication that Chinese consumers have emerged from the pandemic even stronger than they were before. 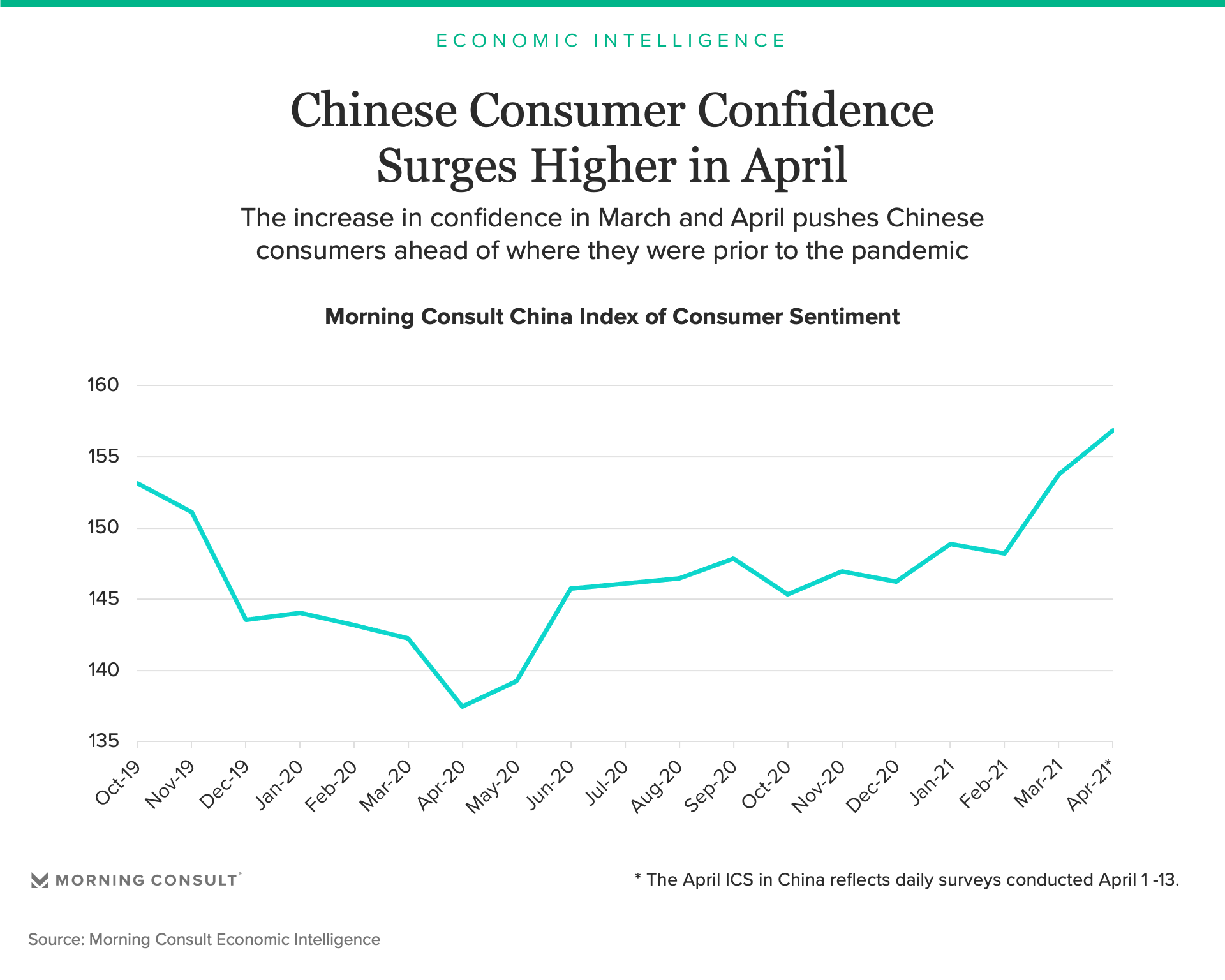 The Chinese economy is firing on all cylinders, but then again it never suffered as much from the coronavirus as Western economies. Dramatic increases in consumer confidence in March and April signal that strong and increasing consumer spending will continue through the end of the second quarter in China.

Chinese consumers have been a source of strength for the Chinese economy over the past 18 months. The looming recovery in service sector spending in the United States and Europe during the second half of 2021 should weaken demand for Chinese exports, testing the ability of the Chinese economy to increasingly rely on its own consumers to drive demand. This turn inwards began prior to the pandemic, and a return to normal in China implies a return to focusing more on its domestic consumer base.

The geopolitical implications of these developing economic trends are equally important. The United States and China are emerging from the pandemic as the true superpowers on the global stage. Once the U.S. economy transitions into a post-pandemic environment, China stands ready to engage with the United States on lingering issues of trade and intellectual property.

A strong and growing Chinese economy also provides Beijing with additional soft power to shape its global image and exert additional influence, particularly across emerging markets in need of financial support. However, as domestic demand increases in China and the United States, both countries risk exposing developing economies to higher food prices and food shortages, particularly in countries like Brazil that continue falling further into economic and political uncertainty.