By a nearly 2-to-1 margin, voters oppose allowing more justices to serve on the high court 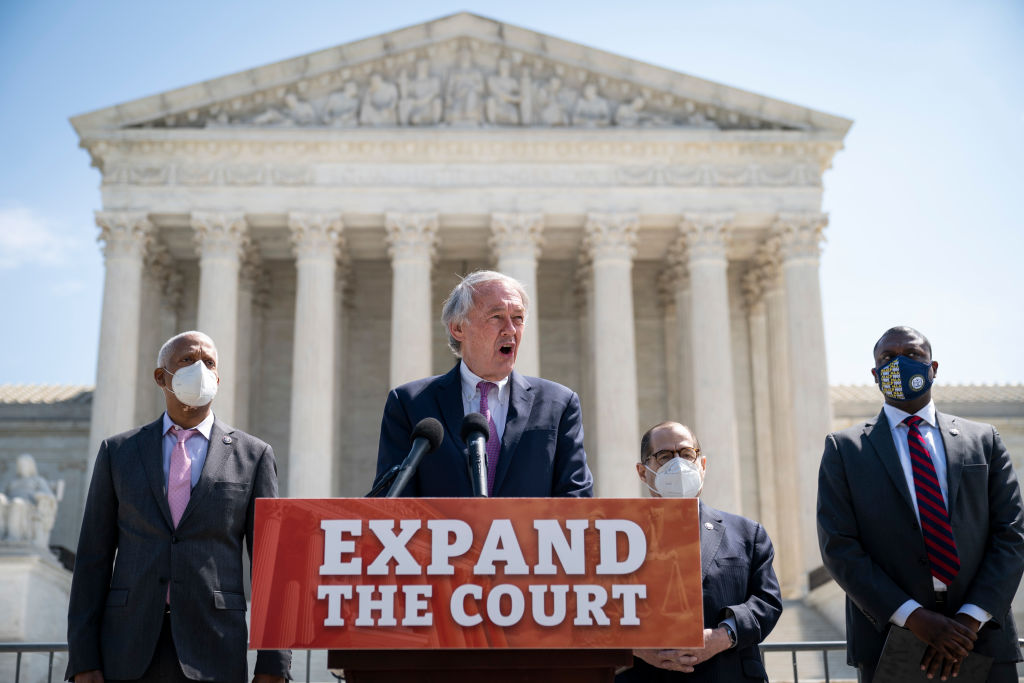 House Speaker Nancy Pelosi (D-Calif.) distanced herself last week from a Democratic bill that would add four seats to the Supreme Court, and a new Morning Consult/Politico poll helps to explain why she was quick to nip the plan in the bud: The idea is still broadly unpopular among the American electorate.

In the April 16-19 survey, voters were 20 percentage points more likely, at 46 percent, to say Congress should only allow nine justices to serve on the high court than they were to be in favor of passing a law to add more Supreme Court jurists. 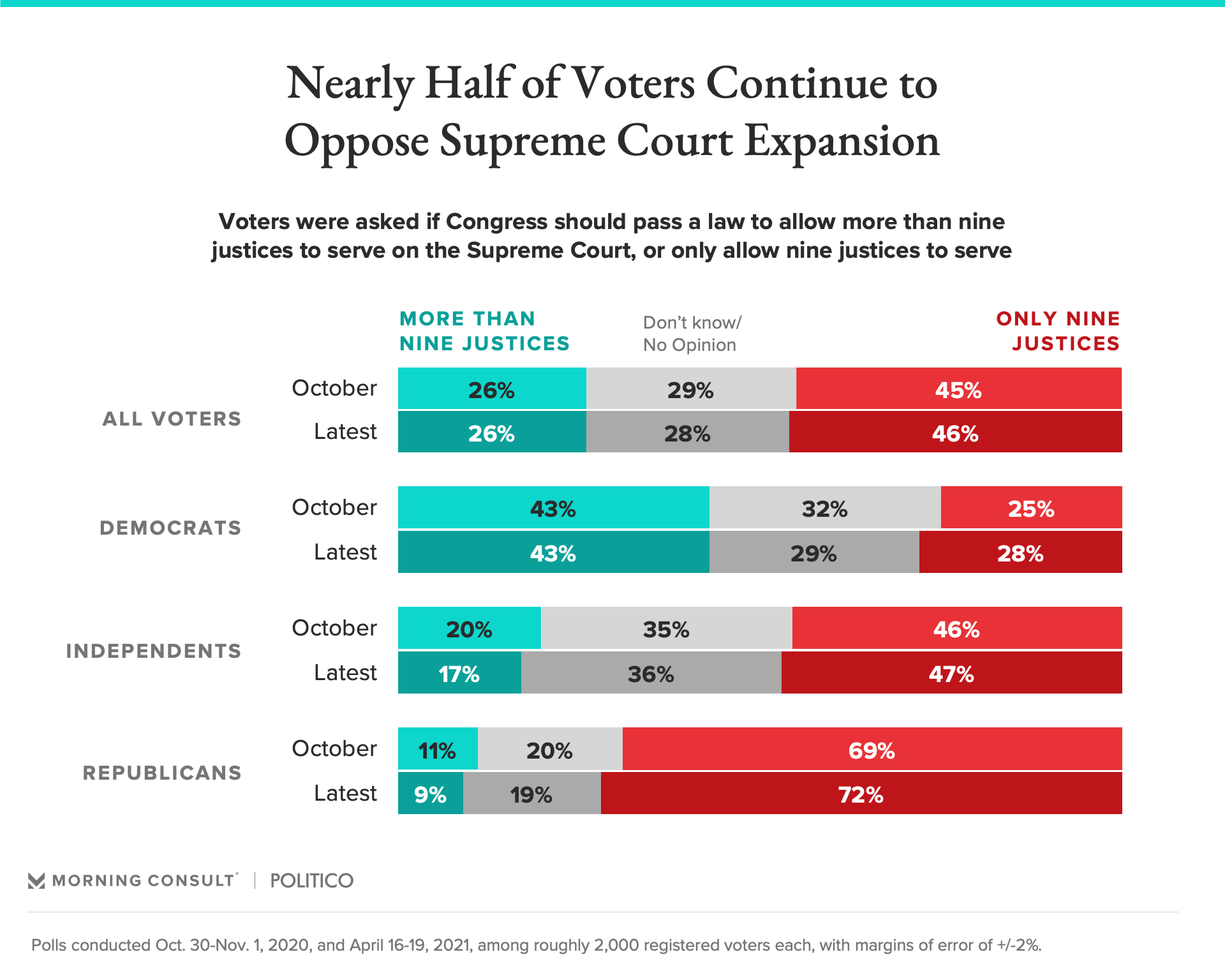 Those numbers were essentially unchanged from a Morning Consult/Politico survey conducted in the fall, reflecting a continued lack of public appetite for what has been an increasing source of interest for liberal activists since Senate Republican Leader Mitch McConnell of Kentucky blocked consideration of Merrick Garland, then-President Barack Obama’s appointee to the court, in 2016.

Both surveys were conducted among roughly 2,000 registered voters, with respective margins of error of 2 points.

In remarks to reporters at the Capitol on April 15, Pelosi said she does not intend to bring the bill to the floor after it was introduced that day in a news conference by House Committee Chairman Jerry Nadler (D-N.Y.), Sen. Ed Markey (D-Mass.) and others. Instead, the House speaker reiterated her support for President Joe Biden’s plan for a bipartisan commission to study the issue.

Republicans in Congress seized on the bill’s introduction, accusing progressives of trying to pack the court. Just over half (56 percent) of voters in the survey said they heard at least some about the unveiling of the bill, including 63 percent of Republicans and 59 percent of Democrats.

While the notion of adding Supreme Court seats is unpopular among the broader electorate, it is backed by a plurality of Democratic voters. However, that 43 percent share of support is still unchanged from the October survey.