Half of U.S. Voters Now Characterize Climate Change as a ‘Critical Threat’

Interest in being party to the Paris Agreement has remained steady since 2017, at roughly 60% 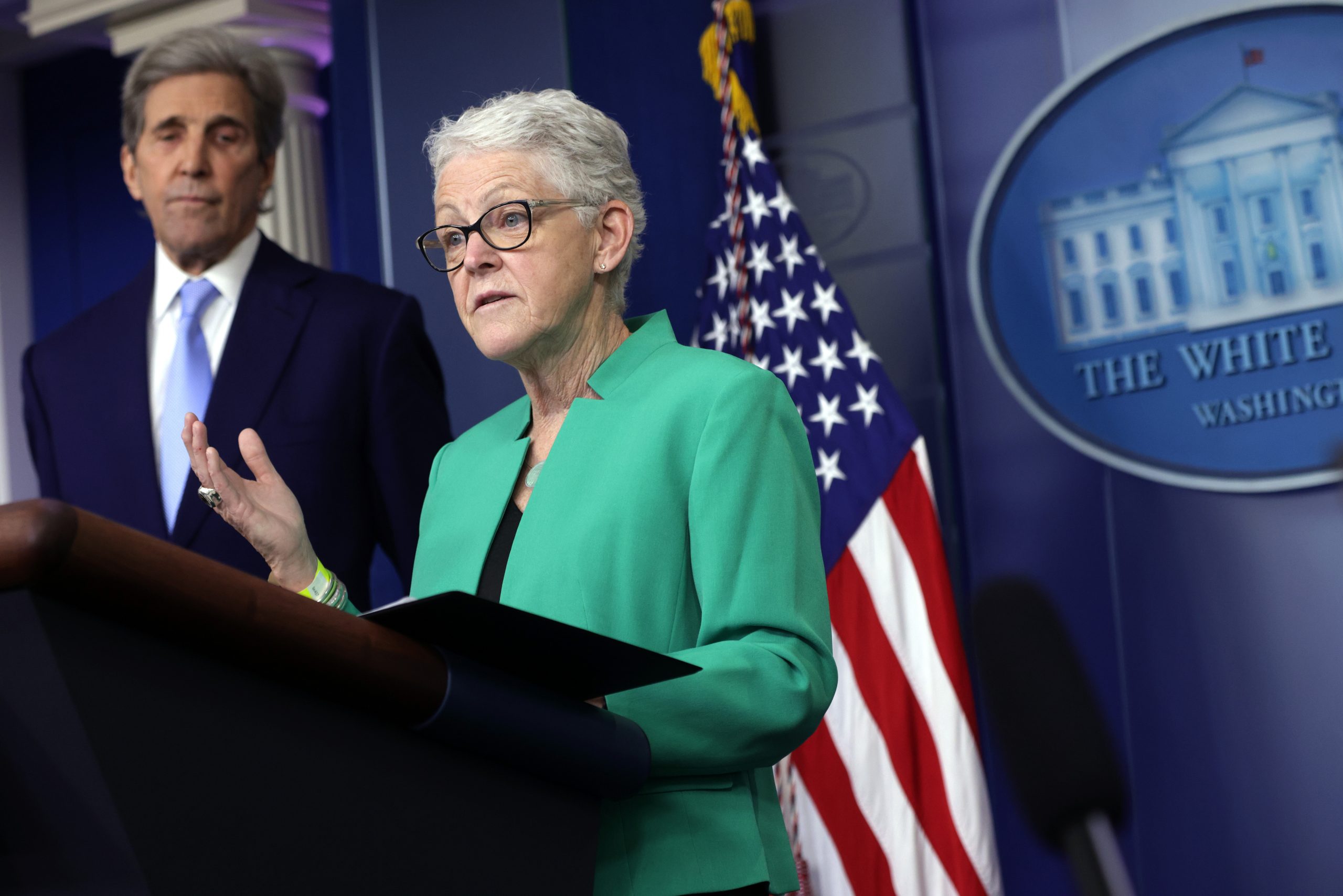 Last week’s climate summit was a sort of grand public display from the Biden administration to reassure the world that the United States will be proactive about climate change. And with the country’s announcement of its own more ambitious greenhouse gas emissions pledge and its encouragement of the same from others, President Joe Biden made clear that rejoining the Paris Climate Agreement on his first day in office was more than mere gesture.

For voters, the administration’s doubling down seems to have come at the right moment. According to new polling from Morning Consult, 50 percent of voters believe climate change poses a “critical threat” to the country’s vital interests in the next decade, an increase of 10 percentage points from a June 2017 poll and up 6 points from a March 2019 survey.

In the latest survey, conducted April 21-25, 26 percent said climate change is “an important but not critical threat” and 19 percent said the phenomenon is “not an important threat at all.”

The share of Democrats who call the climate change threat critical increased most substantially over the past four years, jumping 16 points to 75 percent. But the share of Republicans who said the same has barely budged, increasing from 20 percent to just 21 percent, within the subsample’s 4-point margin of error. 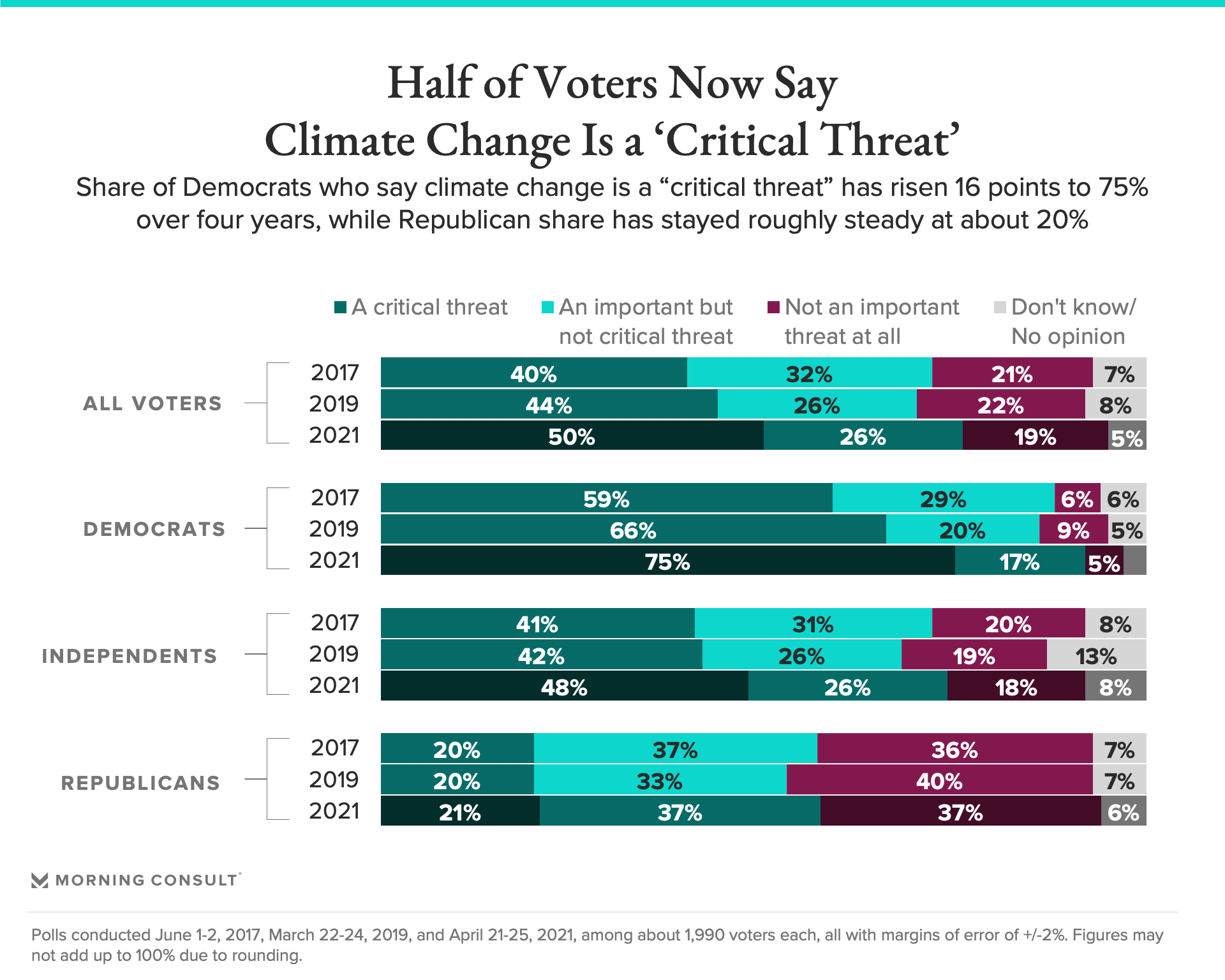 Voters were more likely to view other potential threats as critical than they were climate change, such as cyberattacks on the United States (69 percent), domestic terrorism (65 percent), the nuclear programs of North Korea and Iran (55 percent and 54 percent, respectively) and white supremacist groups (51 percent).

And climate change garnered the largest share of respondents who said it is not important, perhaps speaking to the intense political polarization that the issue has inspired. While certain Republicans have joined their colleagues across the aisle in emphasizing the importance of the issue, former President Donald Trump made his exit from the Paris Agreement a fixture of his campaign and presidency.

However, the shift in policy since Biden’s inauguration does not seem to have swayed voter interest in actually being party to that treaty, which enlists 197 countries to make commitments to reduce global emissions and keep warming to below 1.5 degrees Celsius, compared with pre-industrial levels. While the threat of climate change has seemed to loom increasingly large over the course of the past four years, the share of voters who said the United States should be a part of the Paris Agreement has remained fairly steady.

The latest poll found that 60 percent of voters believe the country should be a part of the Paris Agreement and 22 percent said it should not. While this is up slightly from the 2017 poll (at 57 percent yes and 24 percent no after Trump pulled the United States from the treaty), the bump barely clears the poll’s margin of error.

All three polls surveyed about 1,990 voters each and had 2-point margins of error.