Voters Are More Likely to Sympathize With Israel Than Palestine, Though Many Feel for Both Sides

Amid latest conflict, 28% sympathize with the Israelis while 11% side with Palestinians 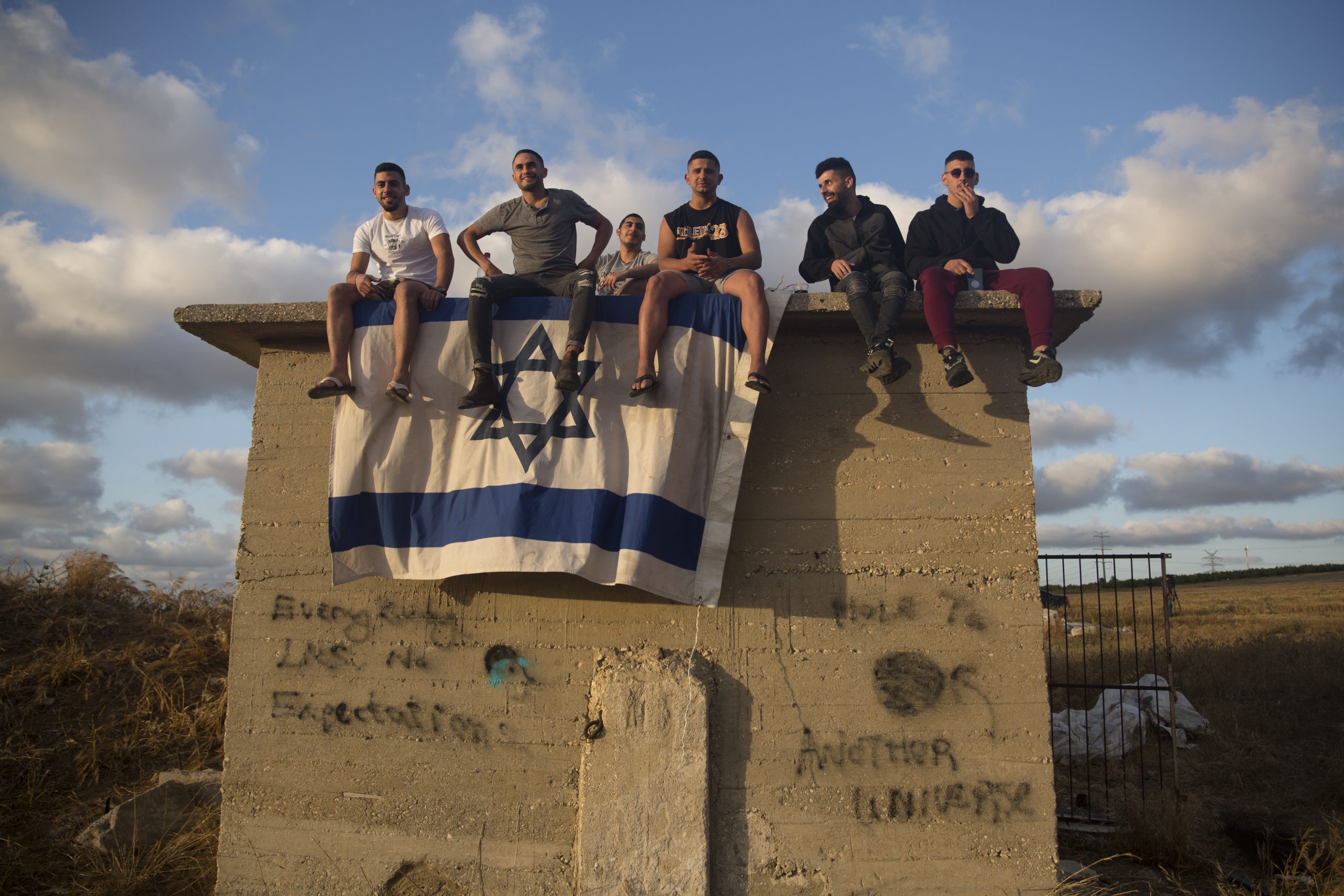 Israelis gather to watch the Iron Dome missile defence system launch to intercept rockets fire from the Gaza Strip on May 17, 2021 in Ashdod, Israel. Polling shows roughly 3 in 10 voters sympathize with Israel or both sides in the conflict with Palestinians. (Amir Levy/Getty Images)
By Eli Yokley

There is no unified position among U.S. voters on the escalating fighting between the Israeli military and Hamas militants, according to a new Morning Consult/Politico survey. 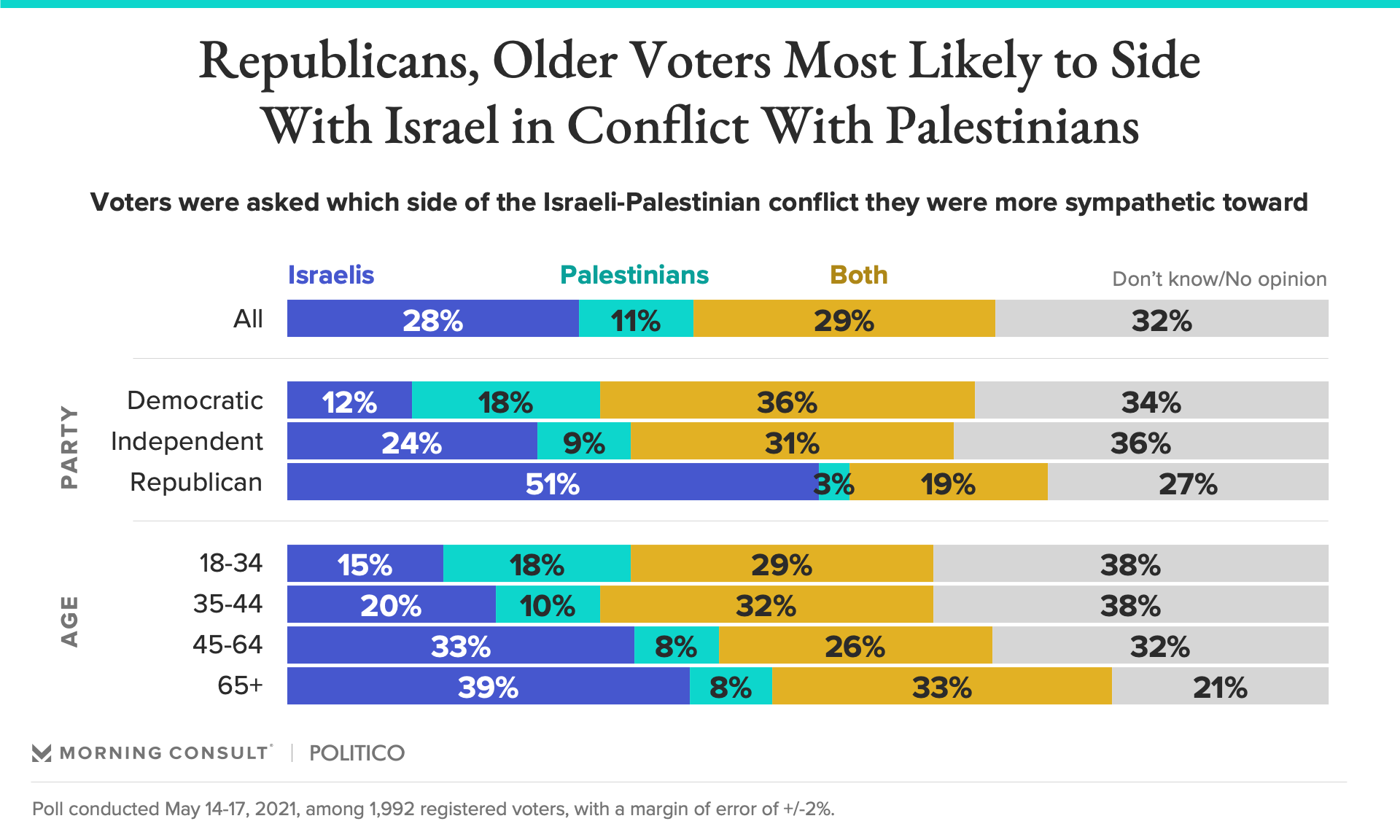 Support for Israel is driven largely by Republicans and older voters, while Democrats and younger voters are more likely to back the Palestinian cause in the decades-long Middle Eastern conflict.

As Hamas shot rockets at Israel and Israel dropped bombs over the Gaza Strip, President Joe Biden pushed to de-escalate the deadly situation: After a Monday call with Israeli Prime Minister Benjamin Netanyahu, the White House issued a carefully worded statement calling for a cease-fire to end the fighting while also defending the government in Jerusalem’s “right to defend itself against indiscriminate rocket attacks.”

Biden has received middling marks for his approach to foreign policy: A Morning Consult/Politico survey conducted May 7-9 found that 44 percent of voters approved and 39 percent disapproved. The latest conflict in the Middle East provides another test to that image, especially since it is a more divisive topic for Democrats than it is for Republicans.

According to the latest survey, 38 percent of voters said they had seen, read or heard “a lot” about escalating violence between Israelis and Palestinians, including almost equal shares of Democrats and Republicans, and news consumption could grow if the fighting continues. Voters ages 65 and older, who are more likely to be aligned with Israel and generally more likely to consume the news about various topics, were 19 points more likely than the youngest voters (those ages 18-34) to say they’d heard a lot about the conflict.

Related: Biden Is Off to a Strong Start in Office. But Now Comes the Hard Part
Middle East