17% of Japanese adults are in favor of moving forward with the Olympics, down from 25% in March 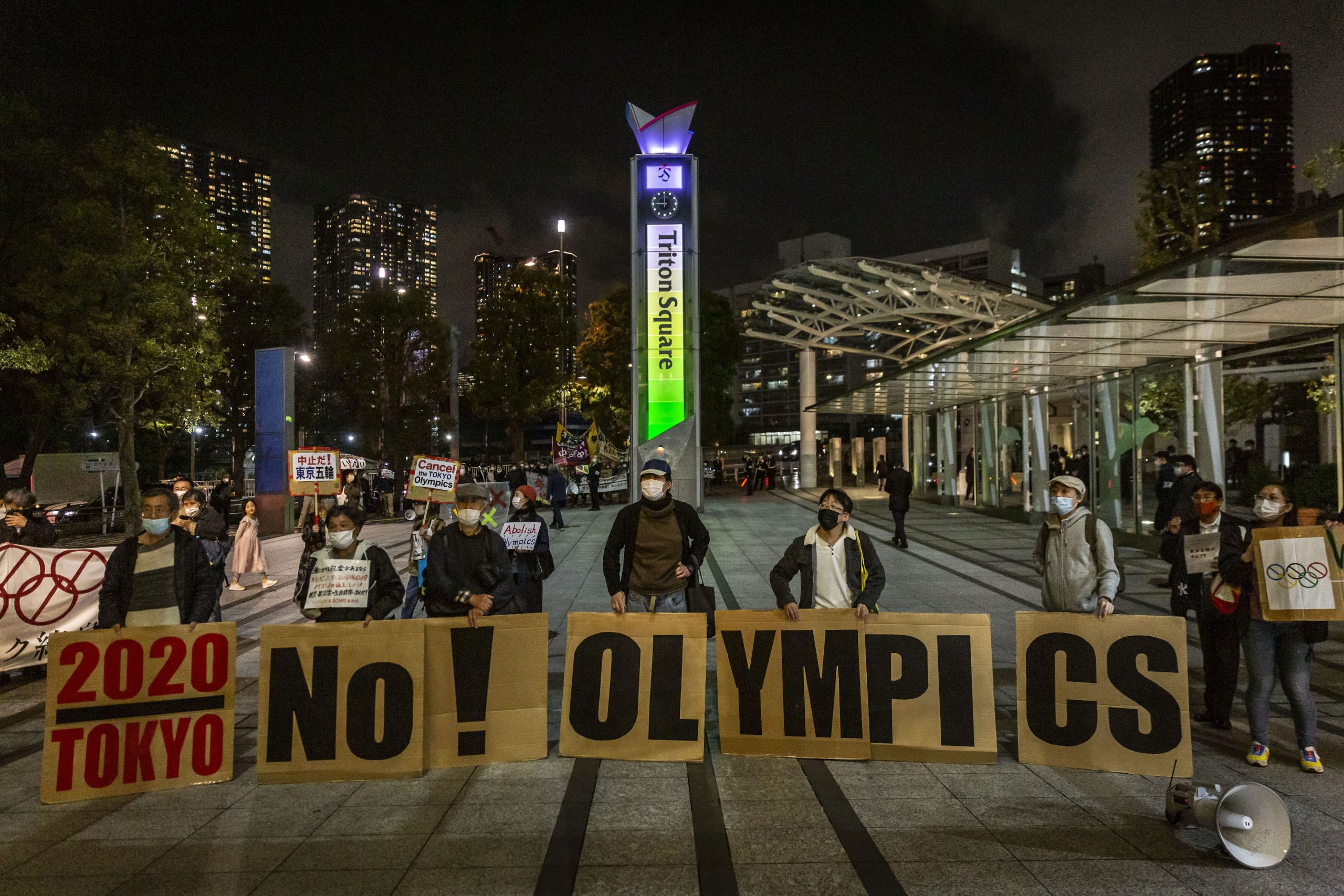 Demonstrators protest against the Tokyo Olympics on March 25 in Tokyo, Japan. Only 17 percent of Japanese respondents said they support holding the games as scheduled, according to a Morning Consult survey conducted May 27-June 1. (Yuichi Yamazaki/Getty Images)
By Alex Silverman

With the Summer Olympics scheduled to begin next month and much of Japan — including host city Tokyo — in a government-declared state of emergency due to the coronavirus pandemic, opposition from the Japanese public to moving forward with the games continues to mount, according to a new survey.

In a Morning Consult poll conducted May 27-June 1, just 17 percent of Japanese adults said the Tokyo Games should be held as scheduled, down from 25 percent in a March poll. Meanwhile, 71 percent of respondents favored either postponing the games (26 percent) or canceling them altogether (45 percent), up from 61 percent in March.

Twelve percent of Japanese adults had no opinion on the fate of the Olympics, which are set to take place July 23-Aug. 8.

The margin of error among the 1,000 Japanese adults surveyed was 3 percentage points for both surveys. 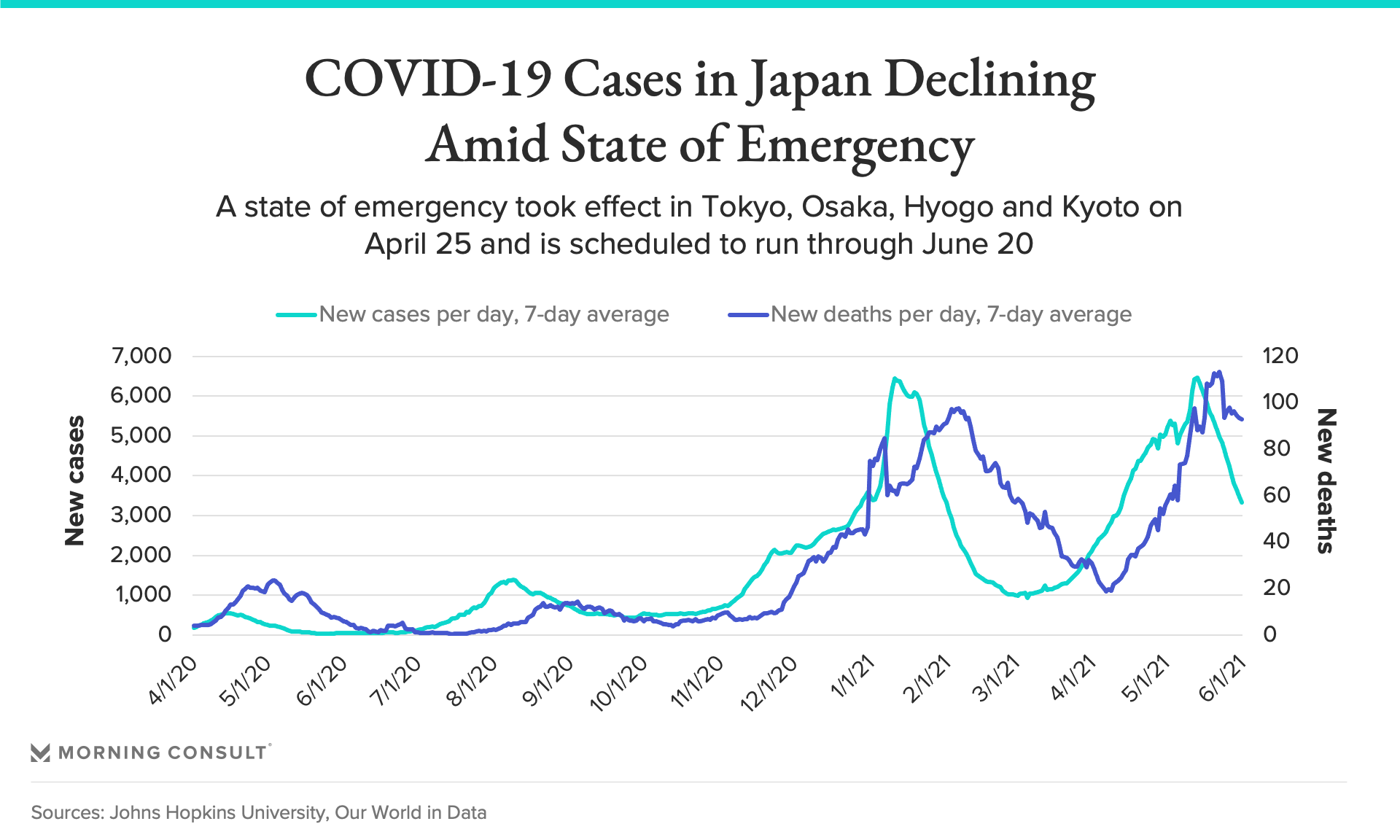 The decline in support for the Tokyo Games, which were first scheduled for July 2020 and postponed in March of last year due to the coronavirus pandemic, over the past several months coincides with worsening coronavirus conditions in Japan. Last week, the state of emergency for Tokyo, Osaka and seven other prefectures, which dates back to April 25, was extended through June 20.

Event organizers and Japanese leaders have sought to reassure the public that they can host the Olympics as planned without jeopardizing public safety, and Group of 7 leaders reportedly plan to issue a statement following their June 11-13 summit in support of Japan’s efforts to move forward with the games.

Related: Roughly 60% of Japanese Adults Say Tokyo Olympics Should Be Postponed or Canceled

Japanese health authorities, however, have expressed concern about the games’ potential to overwhelm the country’s health care system, given the public’s low vaccination rate, which Reuters recently reported at 2.7 percent. Reuters also reported that government medical adviser Shigeru Omi warned a parliamentary committee that it is “not normal to hold the Olympic Games in a situation like this” and urged organizers to downsize the event as much as possible if they plan to move forward.

Meanwhile, support for moving forward with the Olympics has increased among U.S. adults, who have seen pandemic conditions improve domestically and are less aware of the conditions in Japan. In a May 21-24 poll, 46 percent of Americans said the Tokyo Games should take place as scheduled, up from 41 percent in March. Meanwhile, 28 percent said they should either be postponed or canceled, down from 34 percent in the prior poll.