As Cryptocurrency Sits in Washington’s Crosshairs, Half of Voters Favor Tighter Rules on Digital-Asset Taxes to Fund Infrastructure 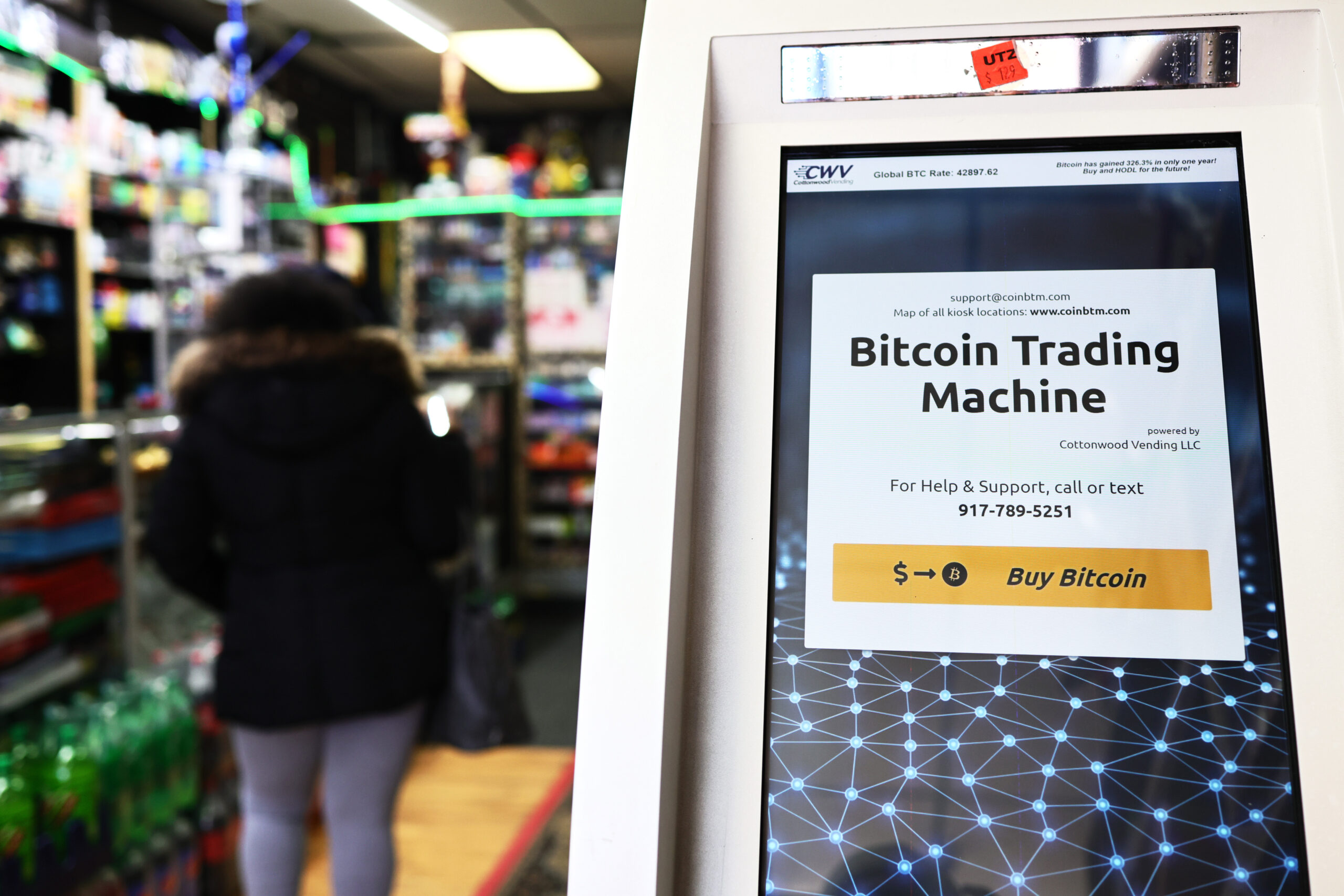 Cryptocurrency became an unlikely target as part of a bipartisan Senate agreement on how to pay for the roughly $1 trillion infrastructure package. After significant negotiations, lawmakers surprised the industry by including tougher scrutiny of digital assets as a potential way to pay for the investments, but more voters than not appear to be on board with the provision.

The proposal, which would tighten tax disclosure requirements on digital assets and aims to give the Internal Revenue Service an easier time of collecting taxes already owed, is supported by 52 percent of voters, according to a new Morning Consult/Politico survey. 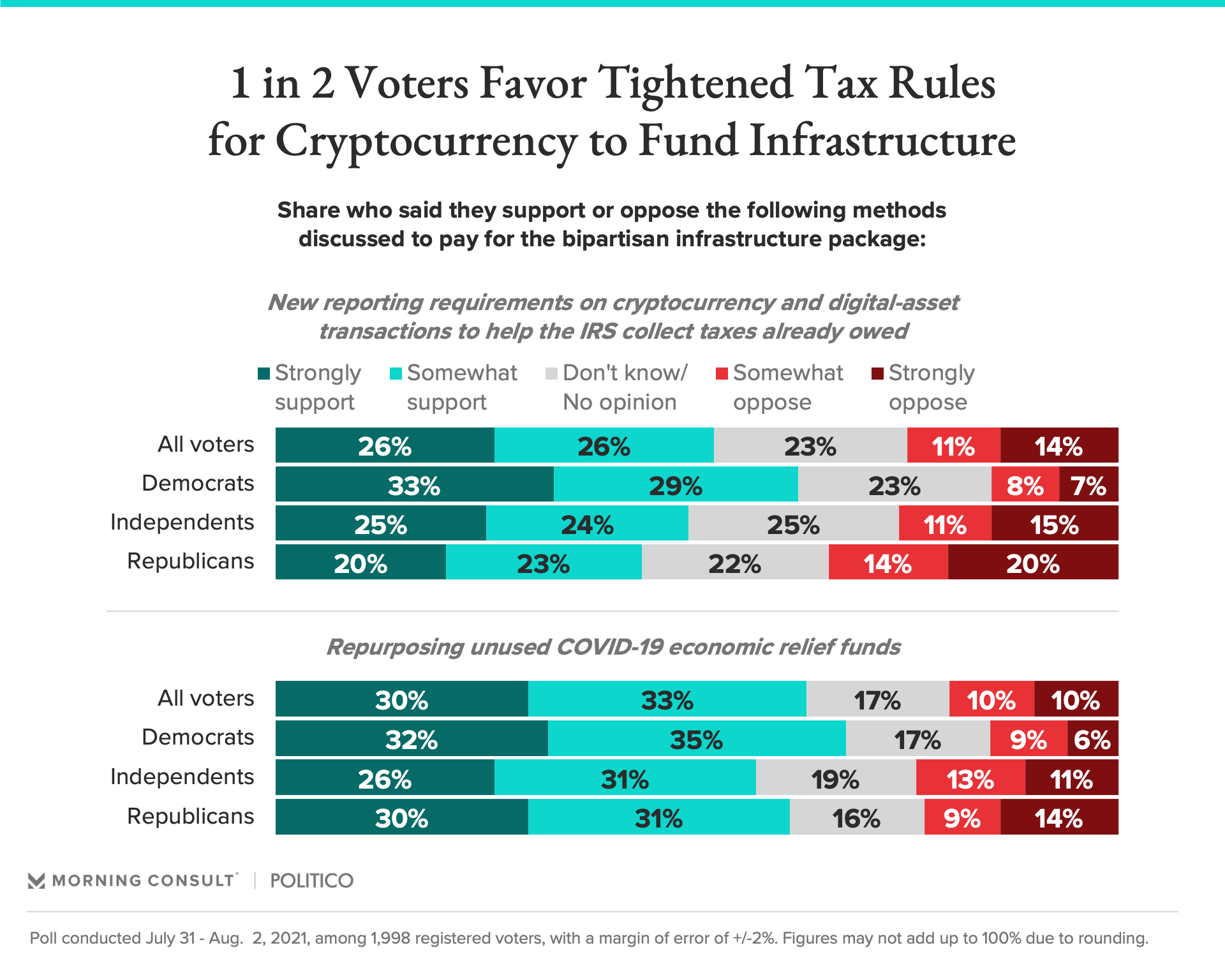 The proposal garnered the highest levels of support from Democrats at 62 percent, while a 43 percent plurality of Republicans also approved. A third of GOP voters said they oppose the idea, compared to 15 percent of Democrats.

Republicans in Washington, meanwhile, are divided: Sen. Pat Toomey (R-Pa.), the Senate Banking Committee ranking member, warned in a statement that the language was too broad and could be used to crack down on Bitcoin miners, while Sen. Rob Portman (Ohio), who led Senate Republicans in the infrastructure negotiations, maintained that cryptocurrency miners and software developers wouldn’t be targeted.

Repurposing unused COVID-19 relief funds, one of the other highly discussed funding methods, was more popular at 63 percent support among all voters and 67 percent of Democrats.

Republicans were much more likely to support tapping into the unspent COVID funds than giving the IRS more power to collect taxes on digital assets: 61 percent said they back the former.

Now that funding for the infrastructure plan has moved to the broader Senate, Democratic lawmakers are considering a reconciliation package that can be passed with a simple majority vote.

President Joe Biden has previously pushed for measures in his “social infrastructure plan,” such as child care and free community college, to be included in this bill, although most Republican lawmakers have rejected those ideas. 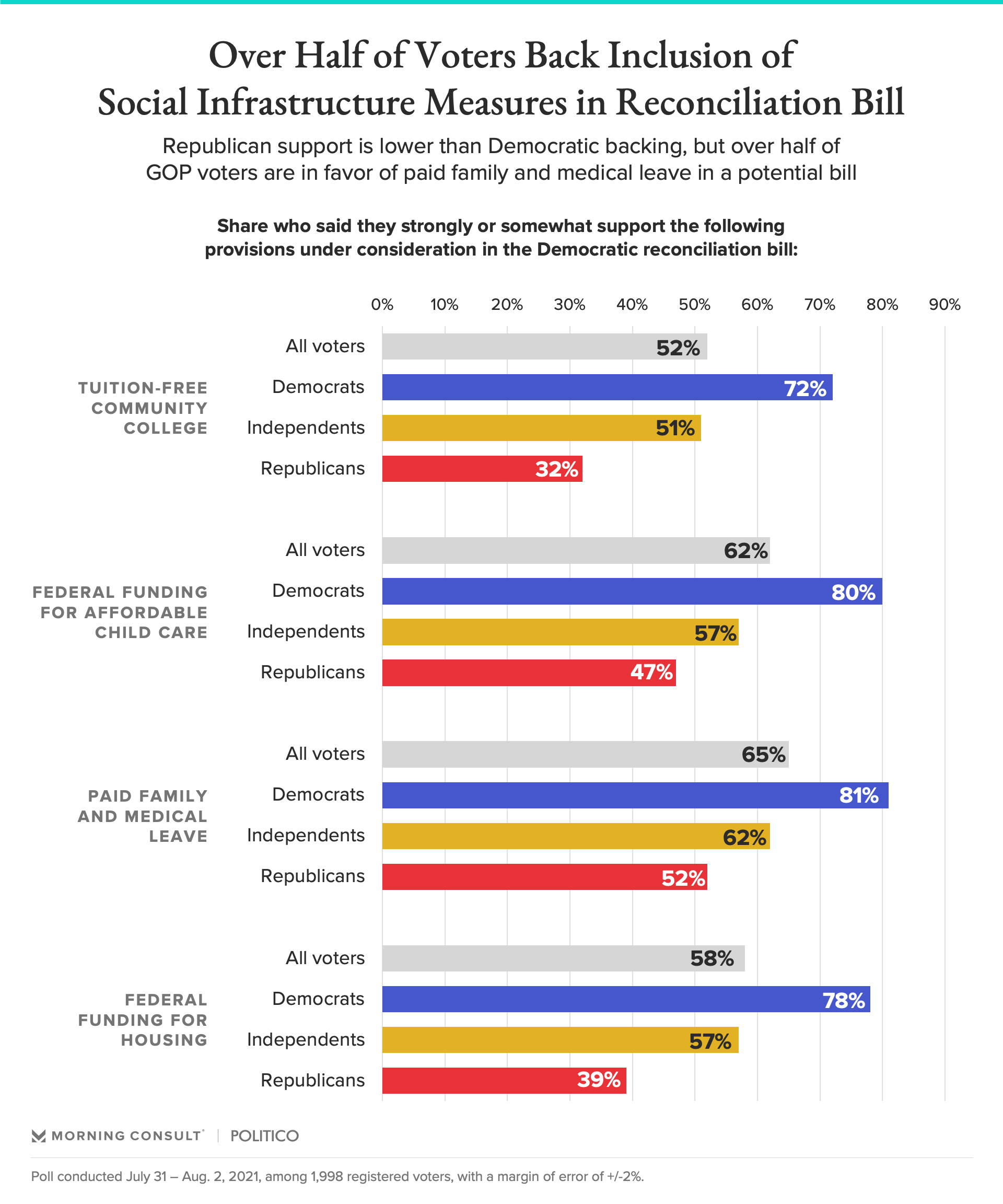 The poll suggests some of the core issues Democrats will be pushing during these talks have voter support, even among Republicans.

While Democratic voters are more likely to support some of the key provisions in the social infrastructure plan, 52 percent of GOP voters said they strongly or somewhat support the inclusion of paid family and medical leave in the bill, and 47 percent said the same for federal funding for affordable child care.

In four key measures surveyed — tuition-free community college and federal funding for housing were the others — all enjoyed majority support from voters, with paid family medical leave the most popular at 65 percent.

The poll was conducted July 31-Aug. 2 among 1,998 registered voters and has a margin of error of 2 percentage points.

Related: Biden’s Child Tax Credit Gets Support From Over Half of Voters. A Similar Share Says It Should Expire
Congressional Politics Cryptocurrency Financial Regulation Infrastructure