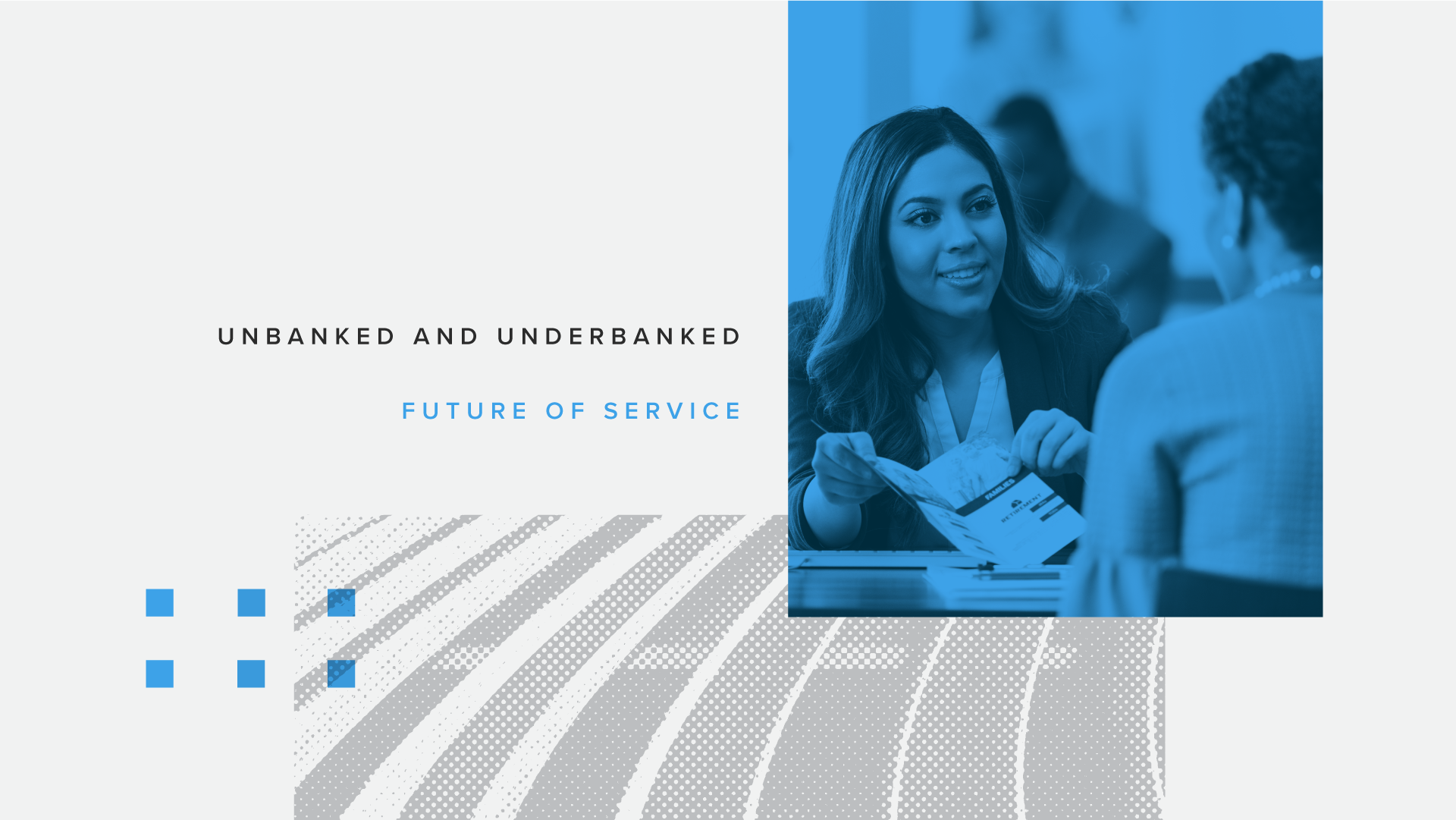 This analyst note is part of a new series exploring unbanked and underbanked Americans, two groups that are difficult to identify but have been at the forefront of financial services leaders’ minds as they seek to better serve consumers and compete with fintechs. Read the other stories in the series, including the groups’ financial goals and how their demographic profiles differ.

Serving unbanked adults: The two biggest and most important hurdles in serving unbanked customers will be earning their trust and raising awareness of the services they offer. Most (62 percent) unbanked consumers don’t believe financial services providers care about their financial health, a reversal of underbanked attitudes, and relatively few trust financial institutions to do the right thing. 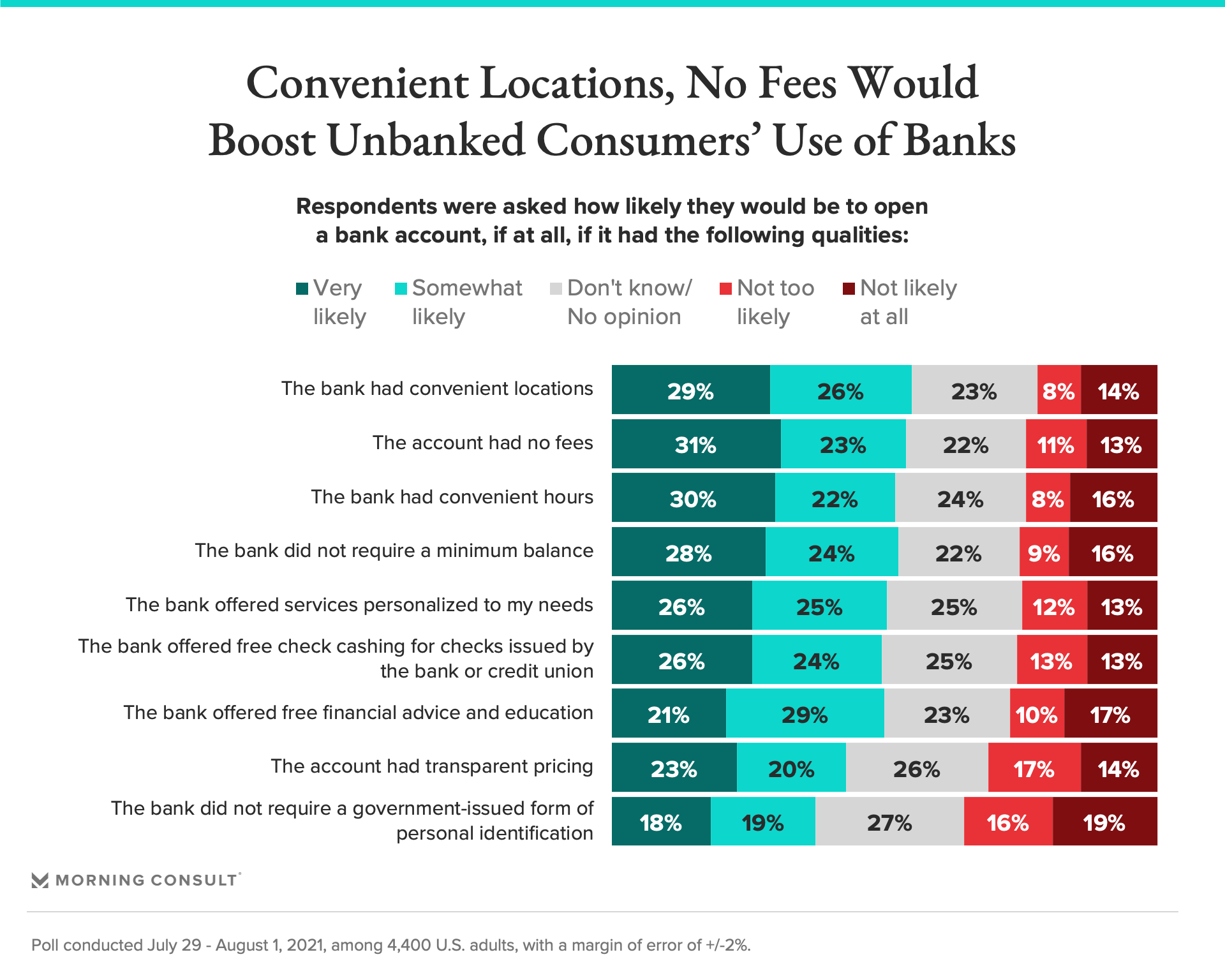 And of the 53 percent of unbanked U.S. adults who are interested in having a bank account, convenient locations and hours, no fees and no minimum balances are top attractions.

And here’s where increasing awareness comes into play: Many banks, as part of the Bank On platform, already have accounts with these features, but only about 1 in 4 unbanked adults say they’re familiar with Bank On accounts.

Underbanked adults are defined as such specifically because they turn to alternative financial services such as money orders, bill payments services and check cashing outside of the traditional bank. That’s largely because they need access to their money more quickly than banks allow.

Underbanked adults see the lack of payments innovation in banking, so much so that a majority (58 percent) say they could manage their finances just as easily without a bank or credit union account, compared to 34 percent of fully banked adults (those who do not use alternative financial services) that say the same. Underbanked adults don’t just need a place to stash their money, they need the vehicles to send and receive it. Besides using payday lenders, bill pay services and money orders, underbanked adults are also more likely to use prepaid debit cards and own cryptocurrency in order to make payments. 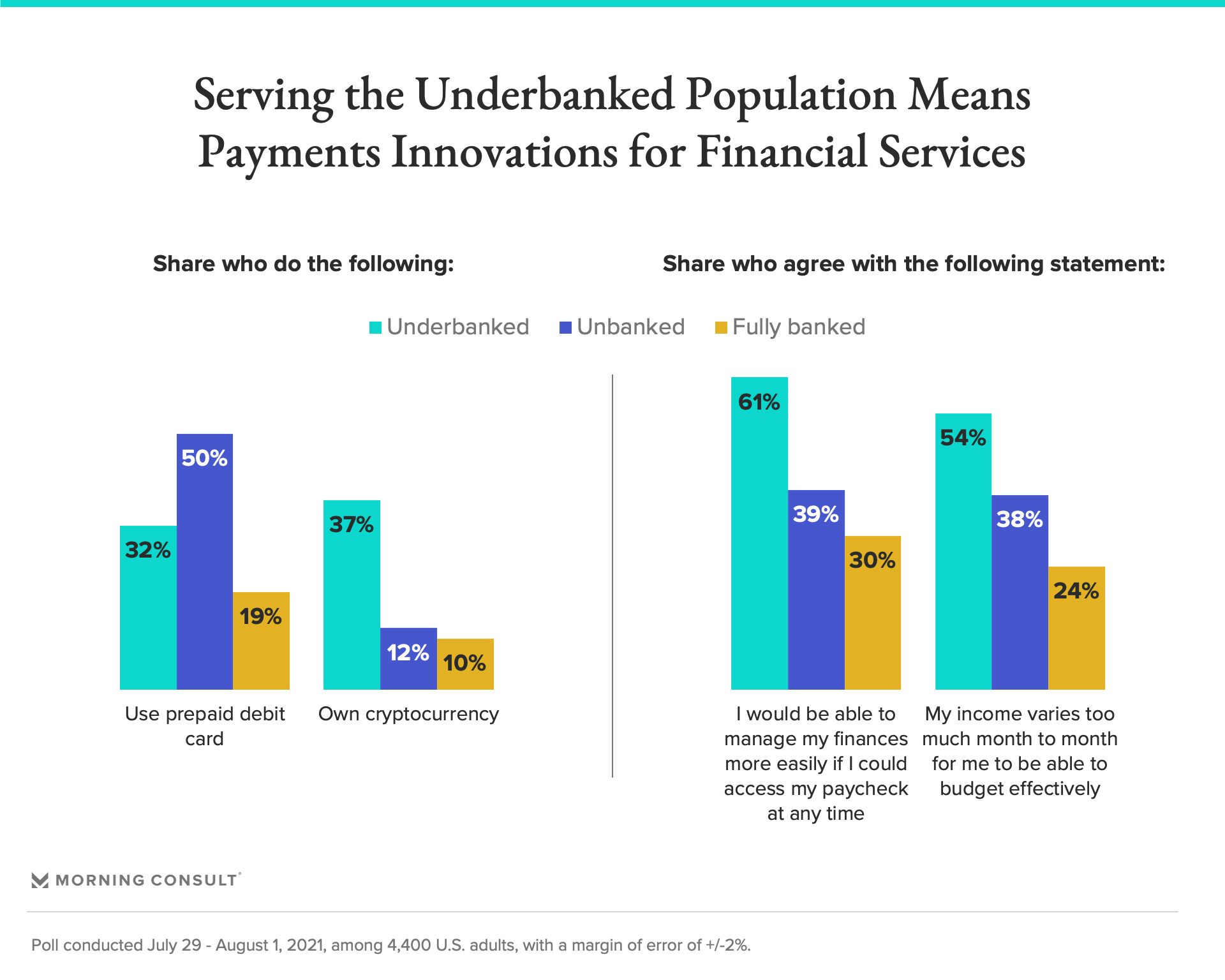 Underbanked adults are more likely to use alternative payments providers, in part due to their higher reported income volatility.

Financial institutions that want to turn underbanked consumers into fully banked customers should embrace features such as providing customers early access to their paychecks, something that banks such as PNC and Huntington Bank have already established — a feature that 61 percent of underbanked adults say would allow them to better manage their finances and would likely eliminate or lessen the need for costly payday or auto title loans.