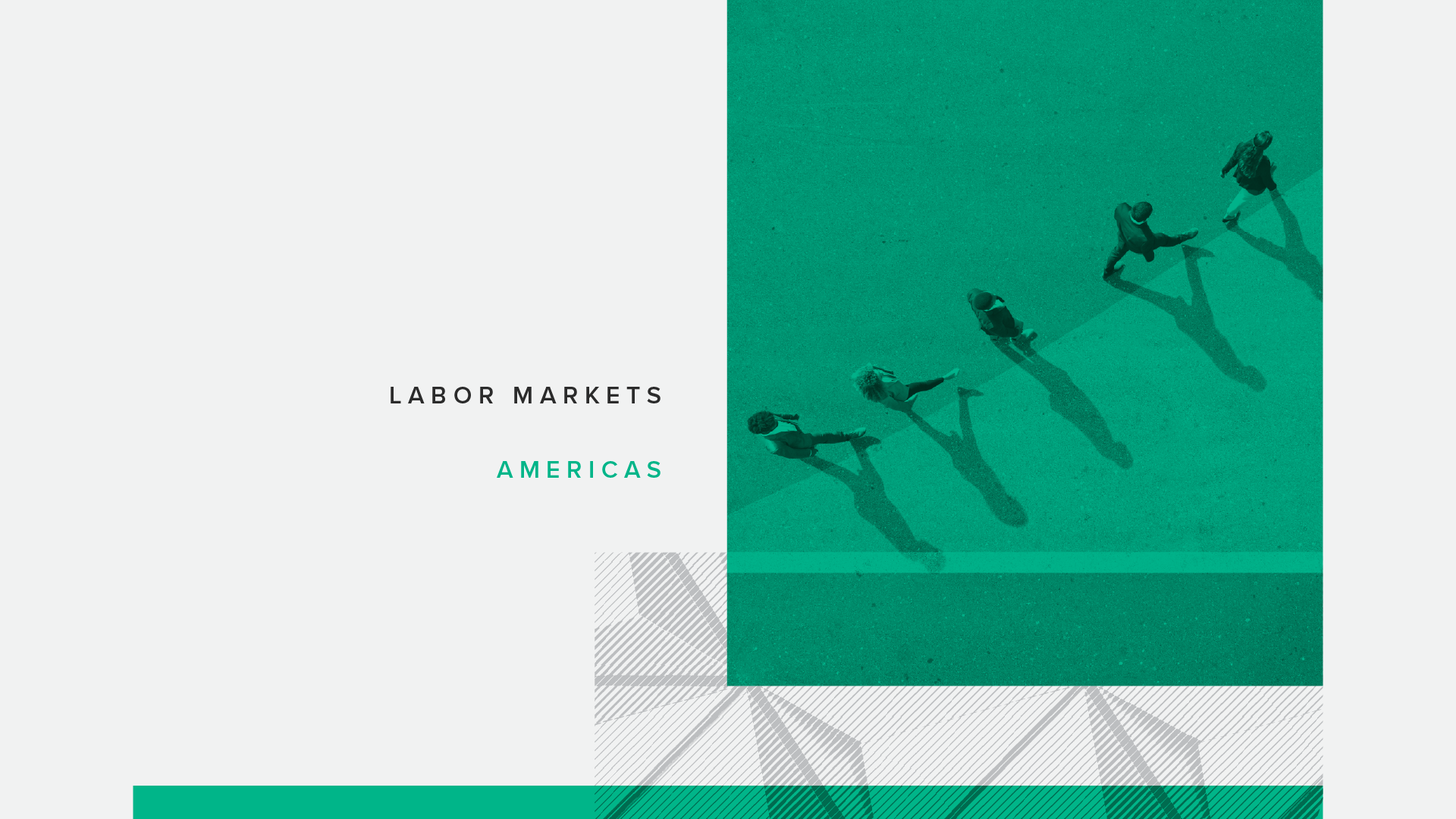 Businesses and policymakers will be closely watching this Friday’s release of the September jobs report by the Bureau of Labor Statistics (BLS) for improvement in workforce participation. Despite falling unemployment and steady hiring, the pace of recovery for the U.S. labor market has been held back by stubbornly low workforce participation, which continues to hover well below its pre-pandemic level.

Recent data from Morning Consult’s high-frequency global employment survey showed that this missing piece of the U.S. employment recovery may finally be falling into place. September showed a sharp increase in workers reentering the labor force, marking a positive sign for employment recovery. However, this week’s jobs report may not fully reflect this improvement, as most of the gains occurred in the second half of the month after the BLS’s mid-month reference week.

The expiration of federal unemployment insurance (UI) benefits, resumption of in-person school and fading threat of the delta variant have helped drive an uptick in workers returning to the labor force. 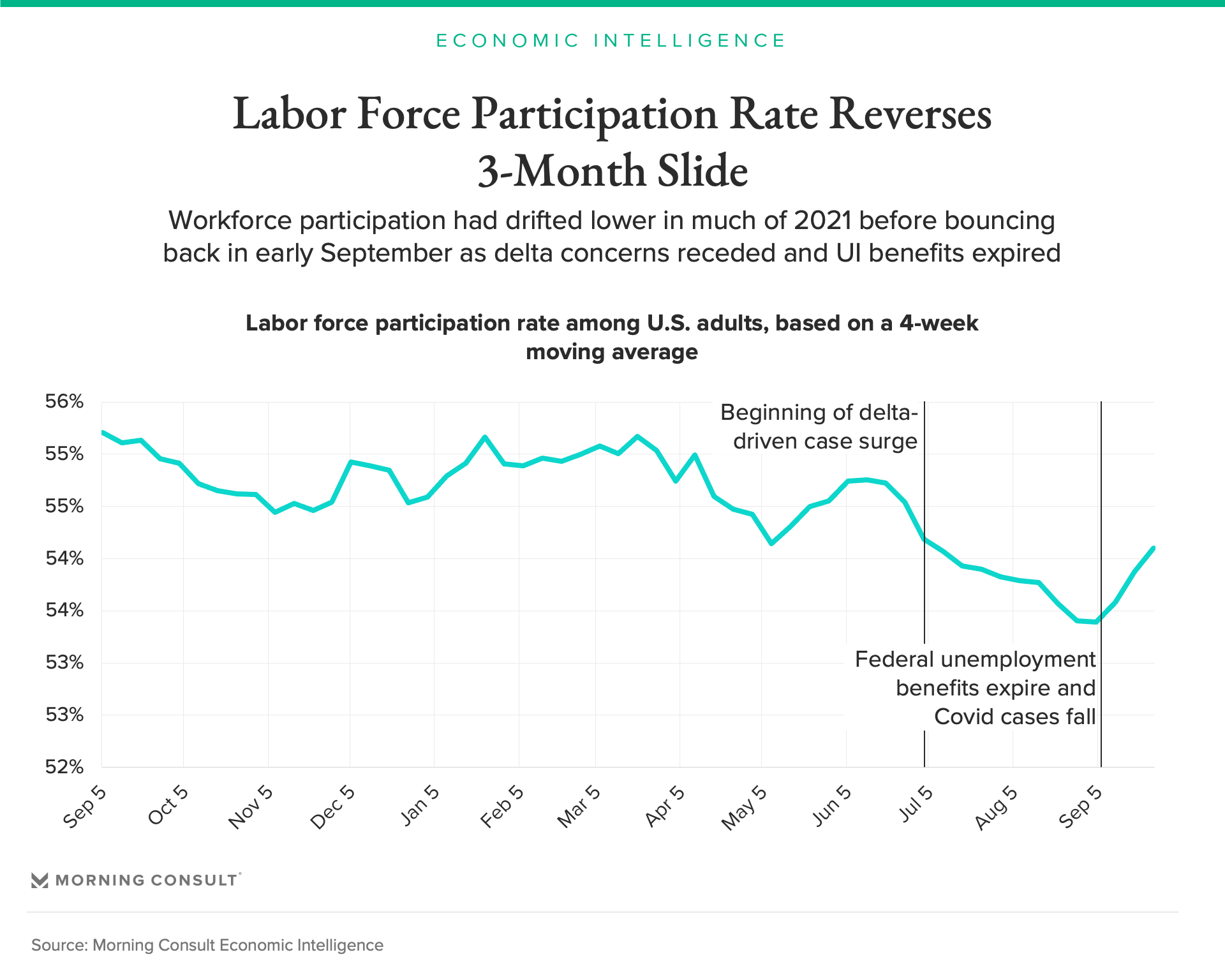 Although workforce participation remains well below its level a year ago, when Morning Consult began collecting employment data, the share of adults working or seeking employment has now recovered to where it stood prior to the onset of the delta-driven case surge. Many workers who left the labor force during the pandemic have expressed their intent to return to work, and are now doing just that.

Women and lower-income workers are leading the return to work

The workforce expansion was largely driven by an influx of lower-income workers — those earning less than $50,000 per year. The expiration of expanded federal UI benefits on Sept. 4 may have contributed to the uptick in job-seeking among this cohort, since the enhanced benefits were a closer substitute for pay at the lower end of the wage spectrum. 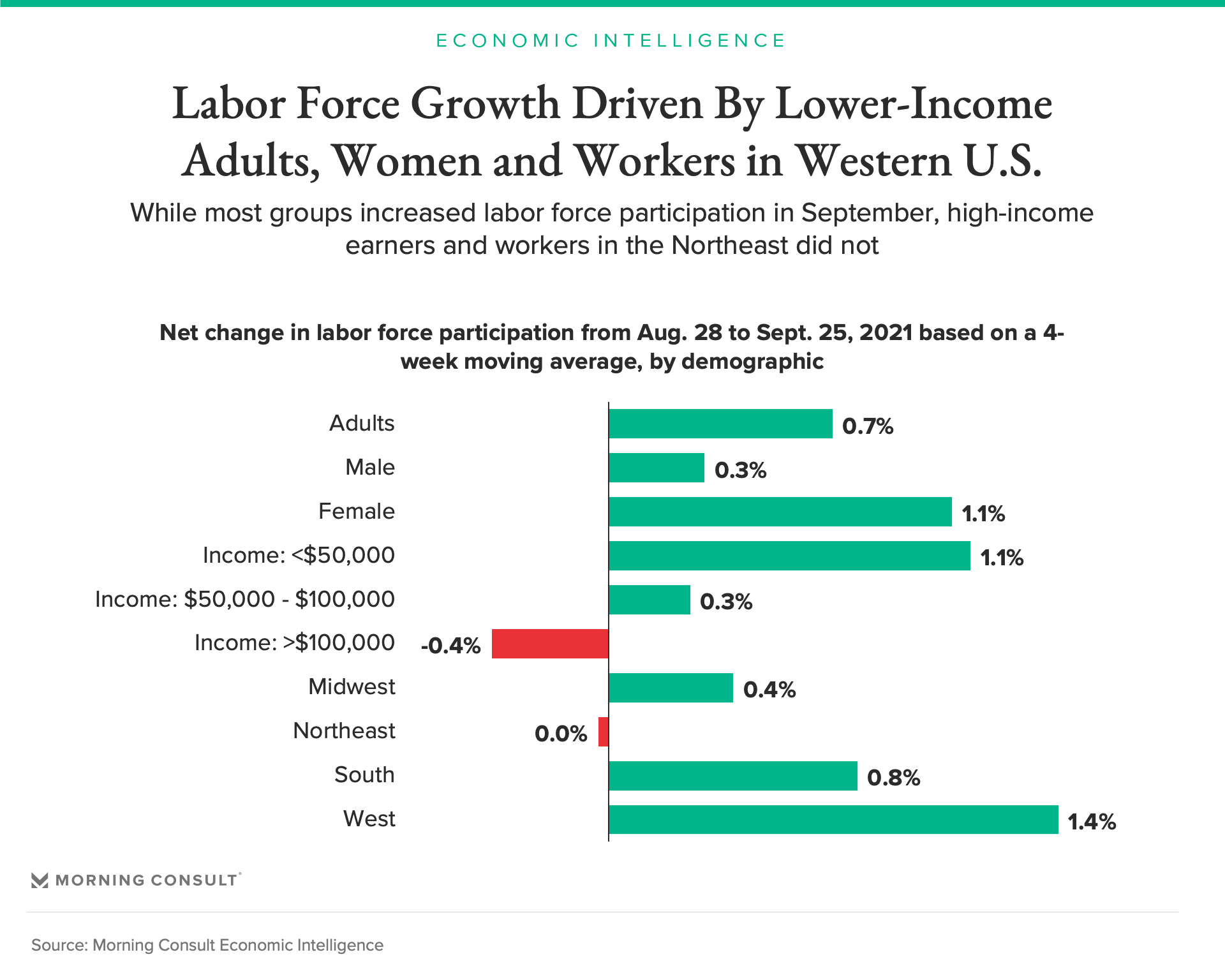 Women are also returning to work at higher rates than men. The return of in-person schooling may be partially alleviating child care obligations that had previously prevented some parents from looking for work — especially mothers, who are disproportionately tasked with domestic responsibilities.

The expanded labor pool allowed for more hiring, but Morning Consult found it also yielded an increase in the unemployment rate, though that increase is more likely a sign of temporary friction than weakening labor demand, as it takes time to match job seekers with employers. As evidenced in the most recent Job Openings and Labor Turnover Survey data, job openings continue to reach unprecedented highs, and shortages persist in many industries including transportation, retail and leisure and hospitality. In fact, businesses’ appetites for more staff are such that rising wages and benefits are not only drawing in workers from the sidelines, but also driving up active job applications from those who are already employed. 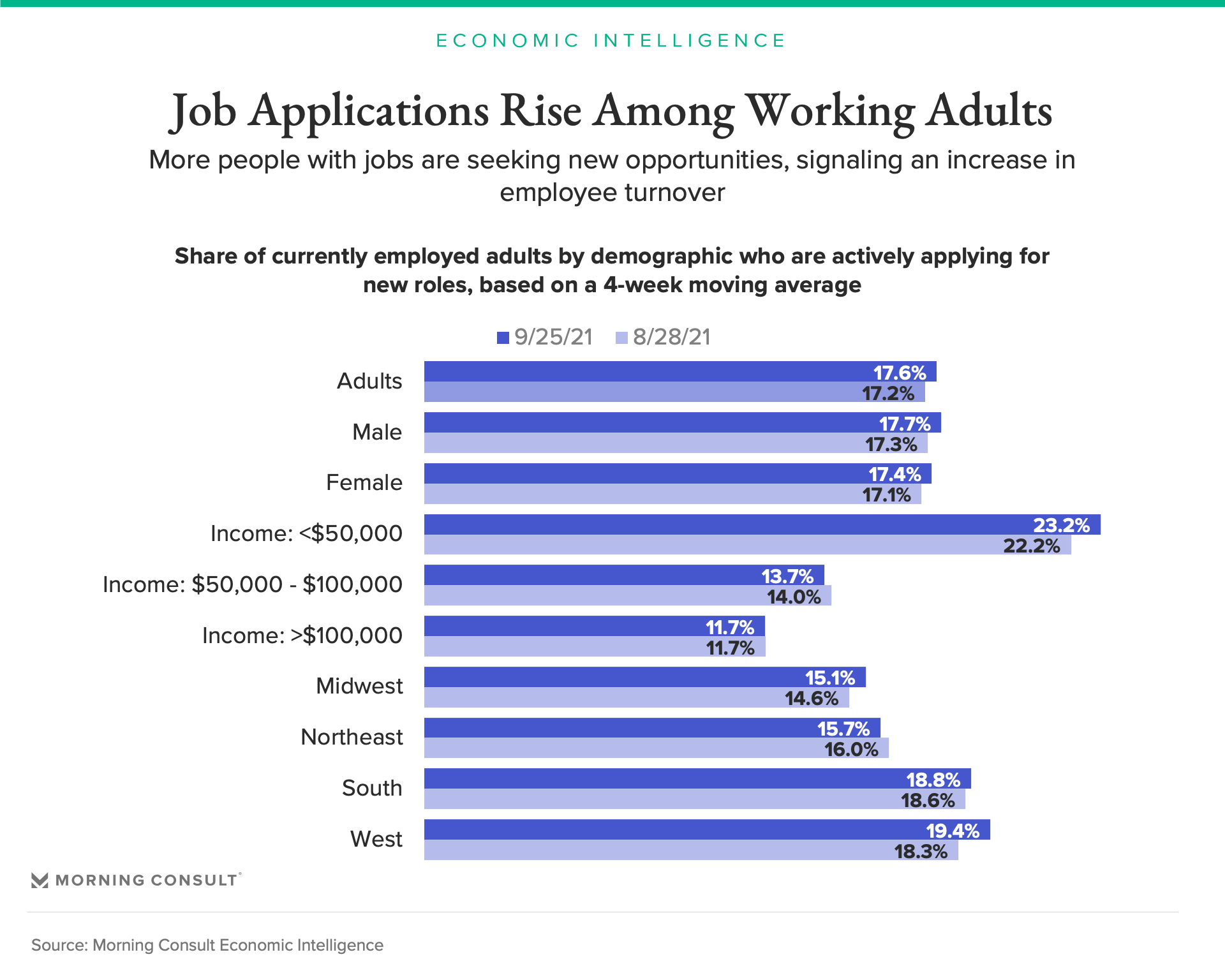 The recent increase in labor force participation reflected in Morning Consult’s data is a welcome sign for businesses struggling with worker shortages and tepid hiring. The indication that many of the new workforce entrants are filling lower-income roles is especially promising for industries such as leisure and hospitality, or transportation and warehousing, which have strained to keep pace with resilient consumer demand.

Insufficient labor supply remains a challenge for businesses. This in turn is filtered through to consumers in the form of higher prices or longer wait times for products and services. A growing number of people who switch roles — and who tend to receive raises faster than those who remain at their jobs — may add to inflationary pressures. Given the overall tight supply-side conditions, the marginal slackening introduced by an influx of workers is a positive step toward recovery.