Voters Are Split on Whether to Ban New Offshore Drilling Nationwide

Following California oil spill, 45% of voters support a ban on future offshore drilling in the state 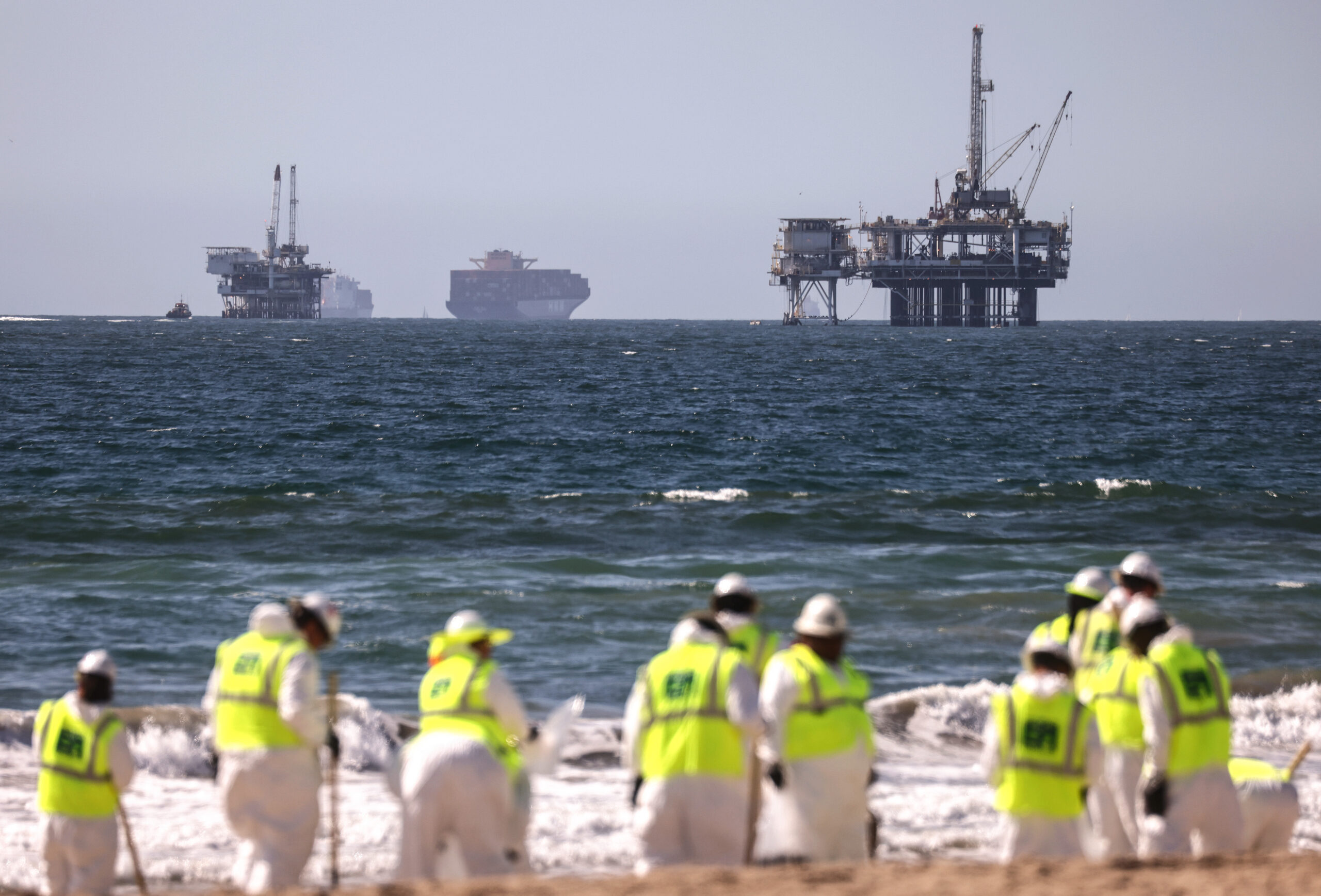 Cleanup workers search for contaminated sand and seaweed in front of drilling platforms and container ships about one week after an oil spill from an offshore oil platform on Oct. 9, 2021, in Huntington Beach, Calif. (Mario Tama/Getty Images)
By Lisa Martine Jenkins

In the wake of the massive oil spill off the coast of Huntington Beach, Calif., the question of whether or not to ban new offshore drilling nationwide has split voters, according to a new Morning Consult/Politico poll, while walking back existing offshore drilling elicits more decisive opposition.

Meanwhile, when asked about new drilling off the coast of California specifically, the balance tips in favor of a ban. 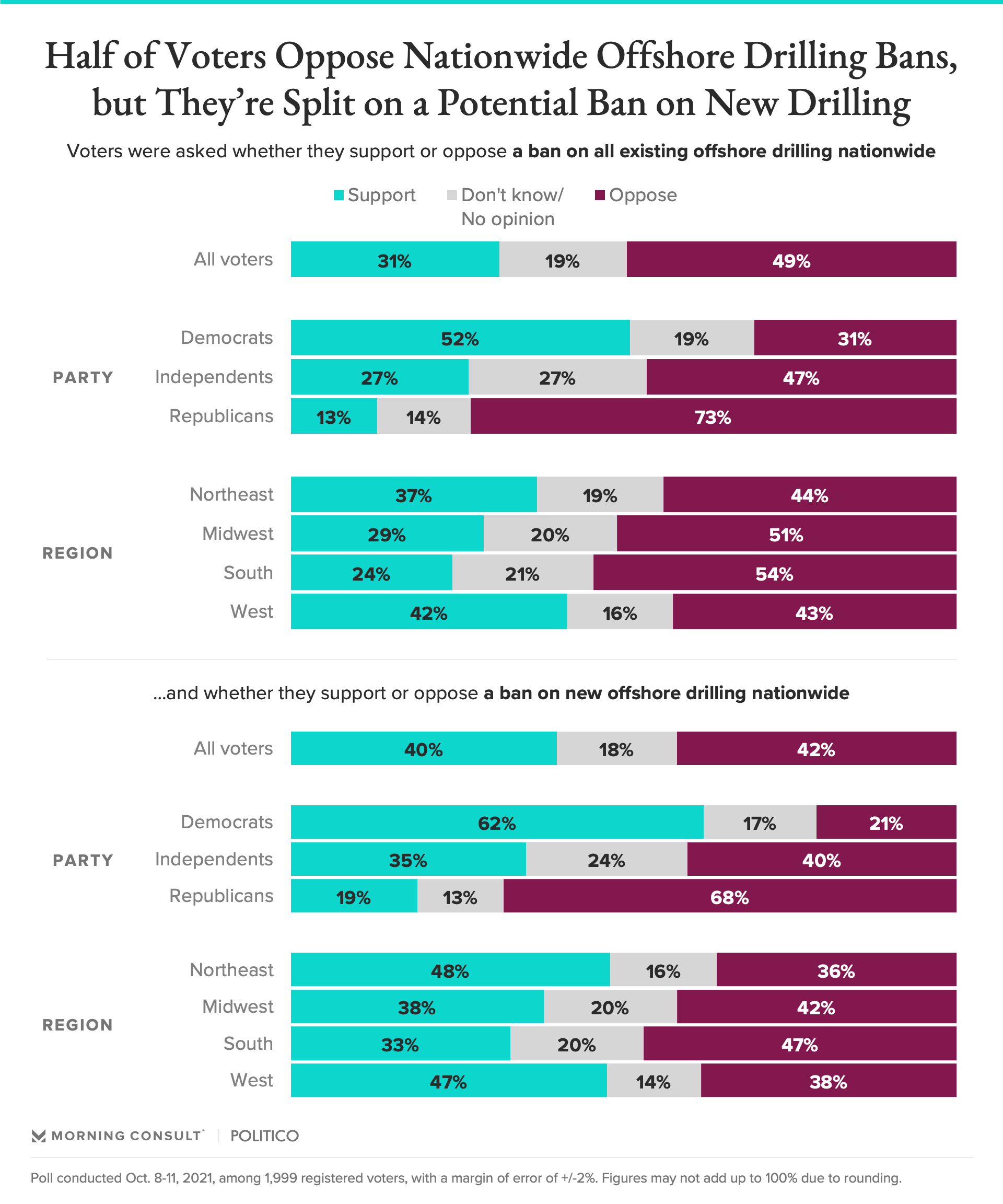 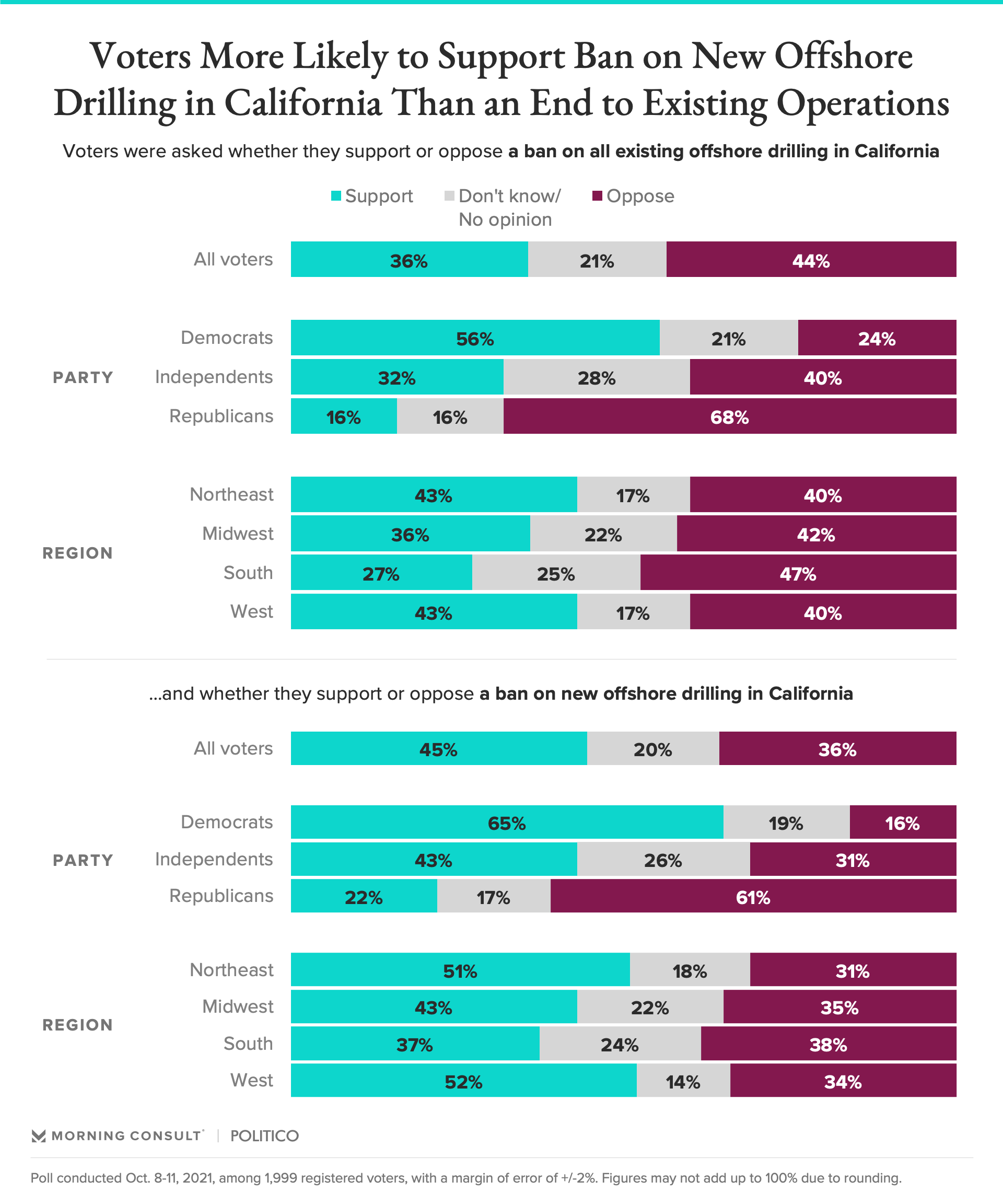 The Oct. 8-11 poll surveyed 1,999 registered voters and has a margin of error of 2 percentage points.