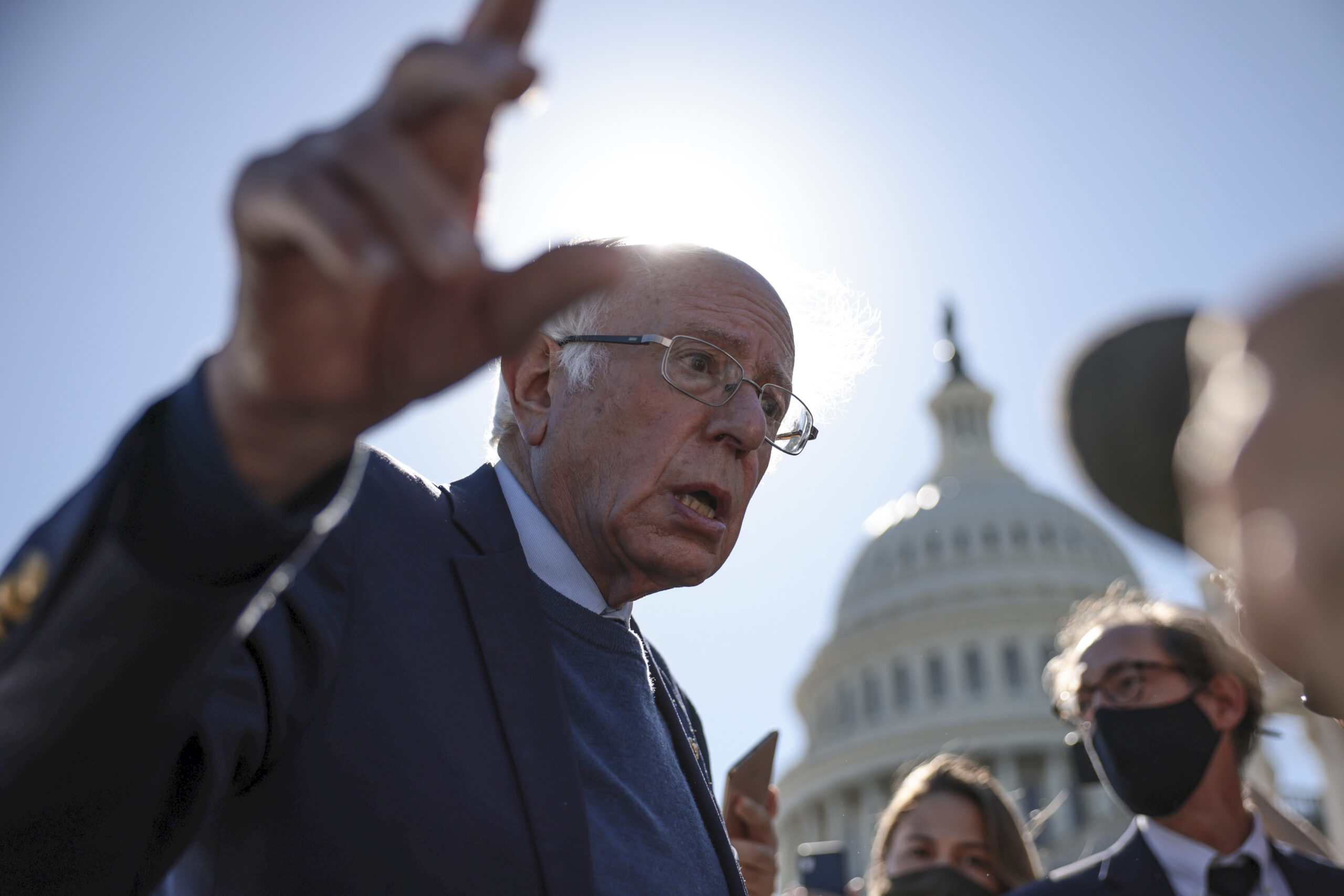 Sen. Bernie Sanders (I-Vt.), pictured after a vote on Oct. 21, 2021, in Washington, D.C., has pushed for the addition of dental and vision benefits to Medicare as part of congressional Democrats’ social spending package. A Morning Consult/Politico poll found that 41 percent of voters listed that measure as one of their top five priorities for the Build Back Better plan. (Anna Moneymaker/Getty Images)
By Gaby Galvin

Congressional Democrats are scrambling to finalize the details of their social spending package as they eye a floor vote this week, but key health policy measures remain in flux — and new Morning Consult/Politico polling shows voters’ No. 1 priority for the bill is a health proposal that’s no longer in the mix. 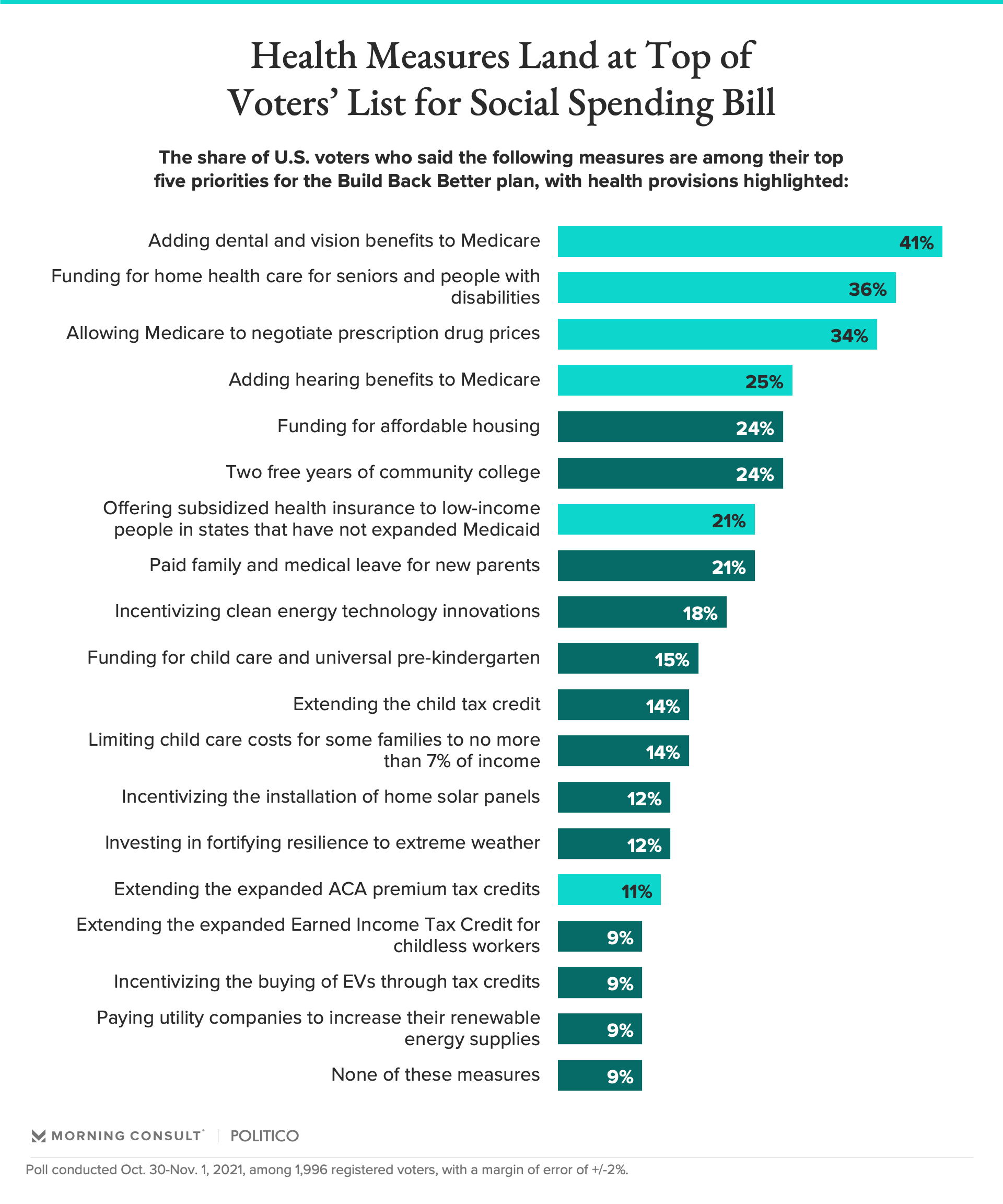 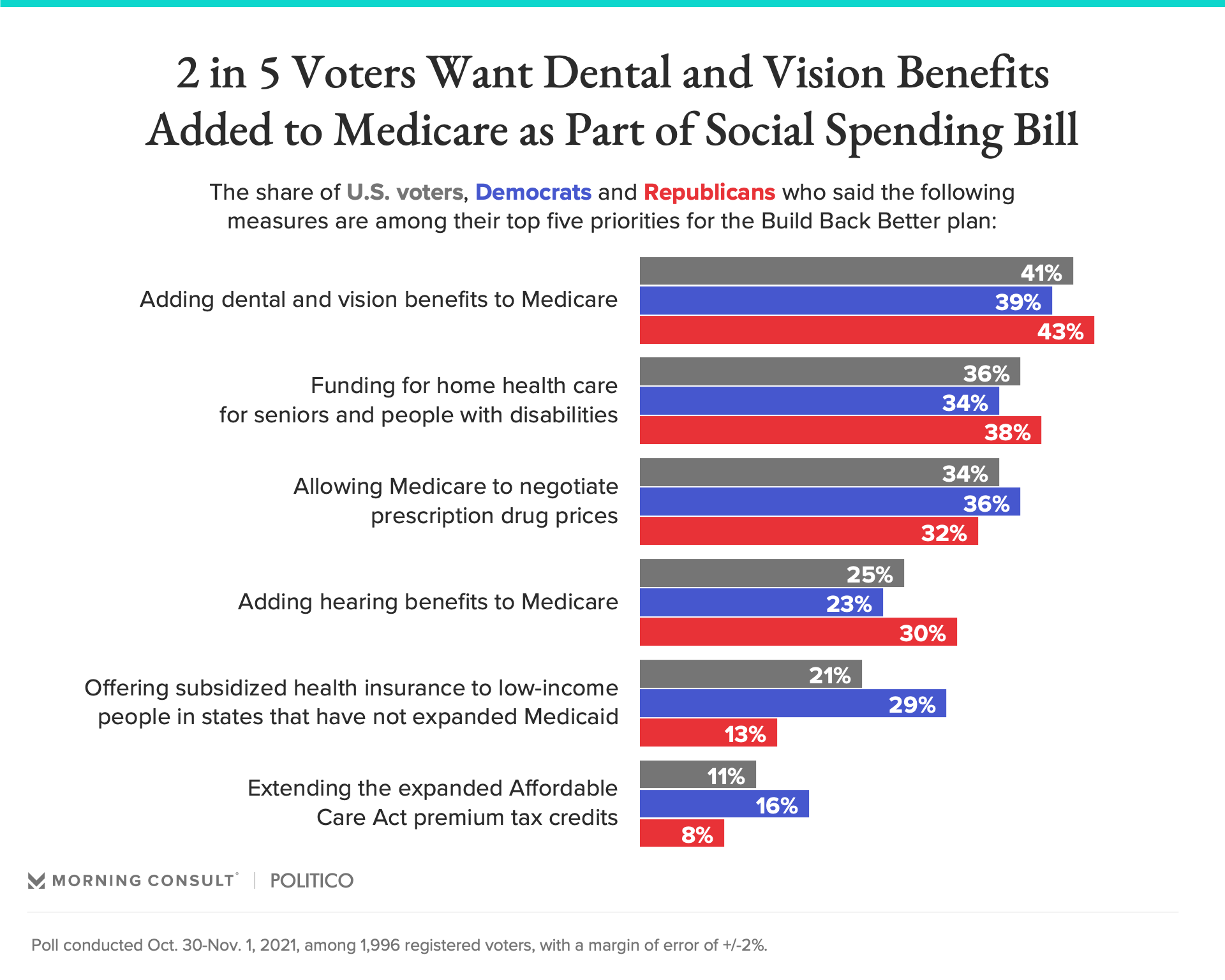