Is Gen Z Too Cool for Marvel? Just 9% of Marvel Fans Identify as Part of the Generation 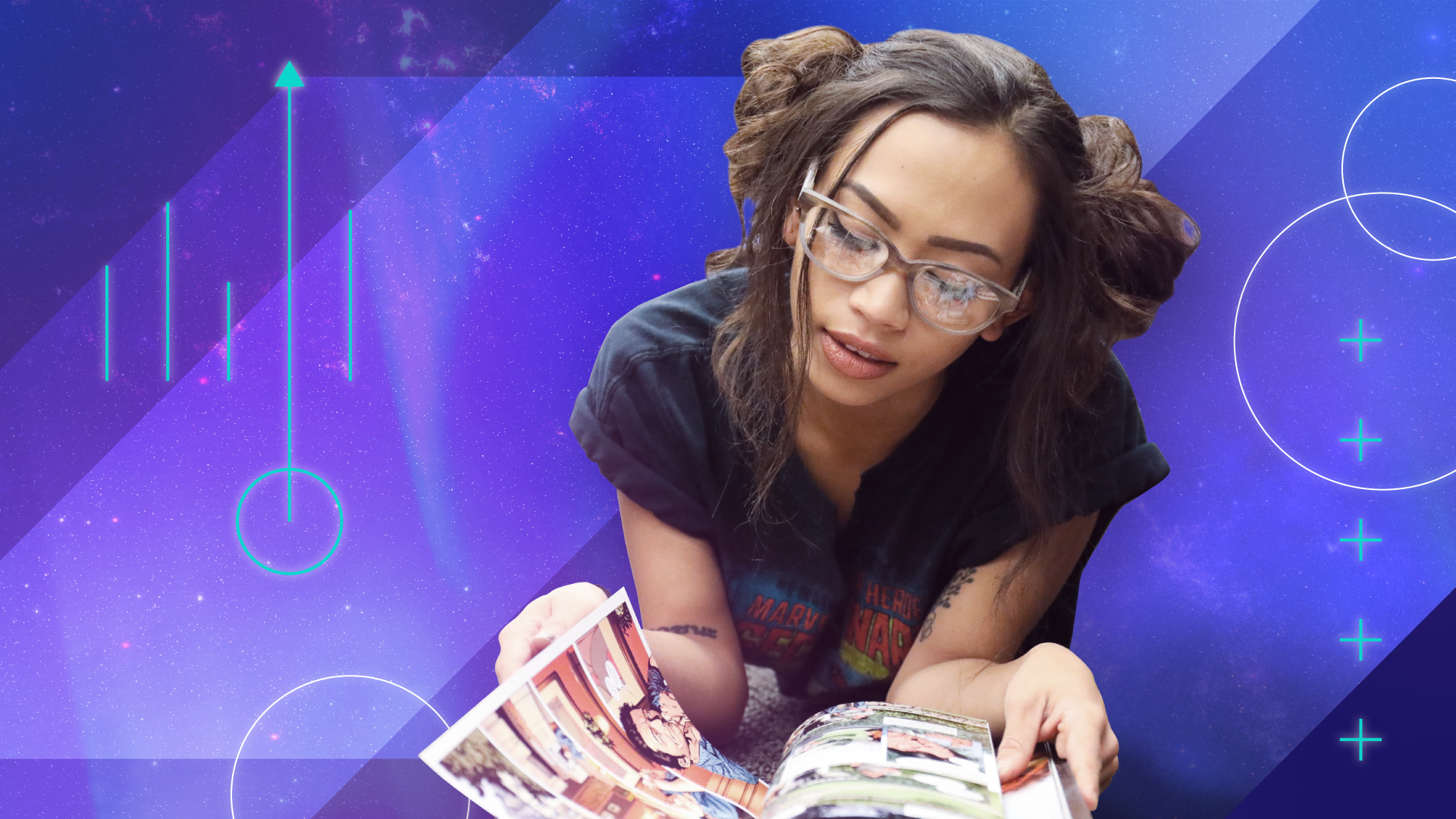 Who are Marvel fans, and what do they want? Morning Consult data reveals only a small portion of the franchise's fan base is comprised of Gen Z consumers. (Unsplash/Getty Images/Morning Consult artwork by Sara Wickersham)
By Alyssa Meyers & Sarah Shevenock

Some consumers claim they’re getting sick of superheroes, but the lion’s share of Americans still say they’re fans, according to new data from Morning Consult. However, exactly how those fans exercise their fandom varies widely depending on their generation.

Sixty-eight percent of U.S. adults identified themselves as “casual” or “avid” fans of superheroes in general. Roughly the same share (67 percent) said they’re fans of movies and TV shows from the Marvel franchise in particular. Americans are slightly less enthusiastic about content from the DC franchise, but a healthy majority (64 percent) still said they’re fans of DC movies and shows.

Millennials, meanwhile, continue to be the driving force behind Marvel’s success, but Gen Zers account for a much smaller portion of Marvel’s fanbase — perhaps a sign the company will have to adjust how it markets its heroes moving forward. 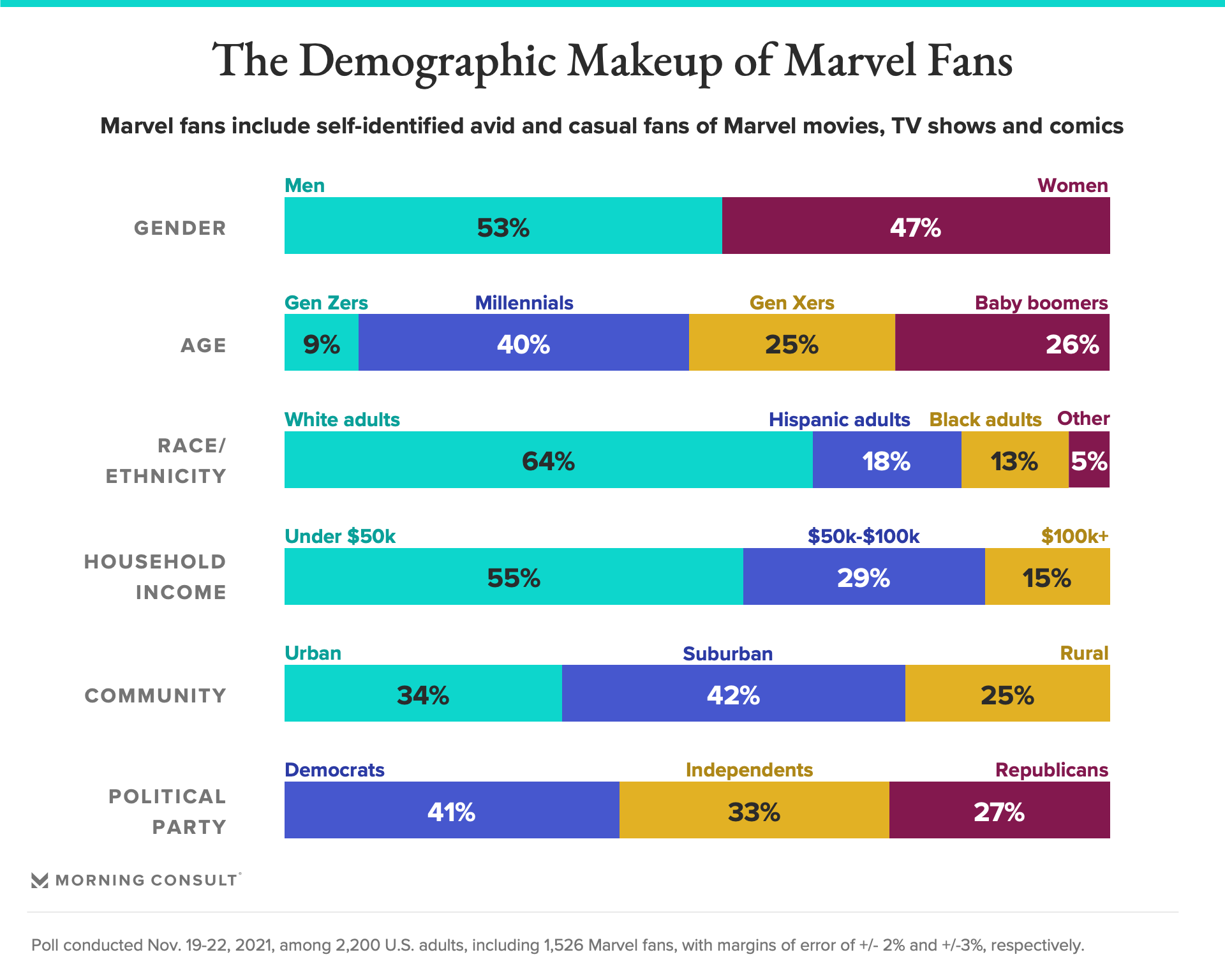 Millennials Are By Far Most Engaged With Superhero Fandom

Shares who said they do the following at least once a month:

Marvel fandom is undeniably a powerful force, with untold millions of fans buying tickets to films, streaming TV series and attending conventions each year. And as Marvel brings more female characters and superheroes of color to the screen, the brand could grow even further. Educating fans on these new heroes won’t be easy, but it’ll likely be necessary in order to continue engaging its core audience and expand into new ones.

Marvel, in short, has to appeal to the next generation of fans. Gen Z adults are more likely to participate in several fan-related activities than the general public, but they’re not nearly as invested as their predecessors. Leaning into streaming is one way Marvel has already started to try to reach Gen Z consumers, but the legacy franchises will have to evolve in more fundamental ways beyond experimenting with distribution if they hope to keep up with rapidly changing consumer habits and preferences.

Correction: A previous version of the Marvel fans demographic chart miscategorized the share of non-Hispanic white adults, non-Hispanic Black adults and non-Hispanic adults of other races who identify as Marvel fans, leading to incorrect percentages.