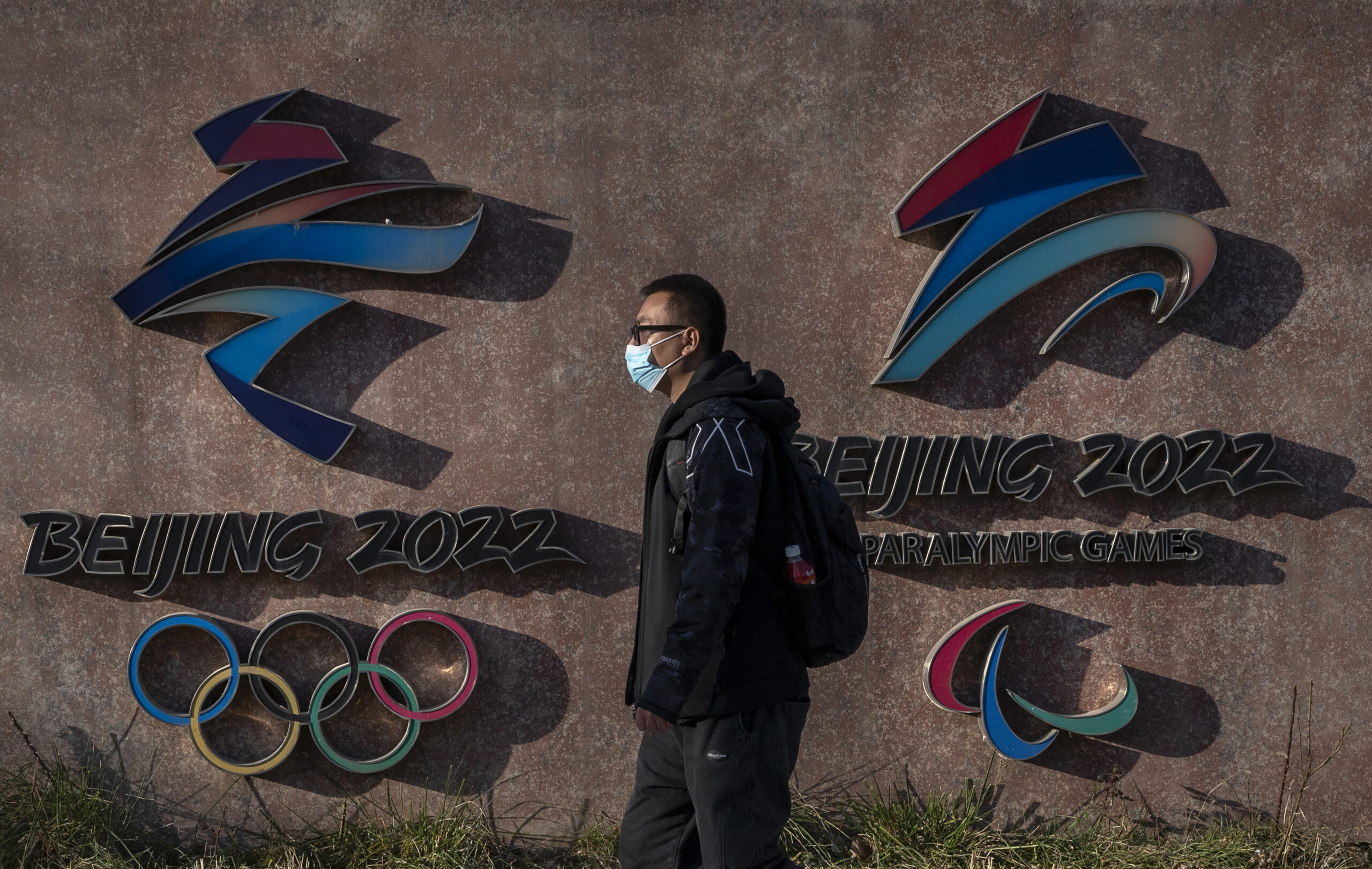 A visitor walks by the logos for the Beijing 2022 Winter Olympics and Paralympics on Dec. 7, 2021 in Beijing, China. Thirty-one percent of Americans said a diplomatic boycott of the 2022 Winter Olympics is the most appropriate action the country to take, according to new Morning Consult data. (Kevin Frayer/Getty Images)
By Alex Silverman

Americans largely agree that the United States should not fully participate in the 2022 Beijing Winter Olympics in light of ongoing human rights violations by the Chinese government and the recent disappearance of Chinese tennis player Peng Shuai from public life, according to new Morning Consult research. About a quarter of U.S. adults and a third of Republicans, however, don’t believe that the diplomatic boycott of the games, announced Monday by the Biden administration, goes far enough.

U.S. adults were asked which of the following is the most appropriate response for the U.S. to the Beijing Olympics, given the Chinese government’s record of human rights violations:

Related: NBC Has a Tough Road Ahead as It Begins Its Beijing Olympics Push

Asked why the Biden administration opted against a full boycott, Psaki said the administration didn’t want to “penalize athletes who have been training, preparing for this moment.” The United States Olympic and Paralympic Committee has been vocal in its opposition to keeping athletes from competing in Beijing and expressed support Monday for the administration’s decision. The diplomatic boycott of the Beijing Games, which are scheduled for Feb. 4-20, is the first official U.S. government protest of an Olympics since the 1980 Summer Games in Moscow, when President Jimmy Carter led an effort to keep American athletes from participating in response to the Soviet invasion of Afghanistan.

U.S. adults were asked whether they support or oppose brands and companies taking each of the following actions in light of the Peng Shuai situation:

Now that the government has taken its stand, U.S.-based companies such as Coca-Cola Corp., Airbnb Inc., Intel Corp., Procter & Gamble Co. and Visa Inc. are likely to face increasing pressure to defend their sponsorship of the Beijing Games. Last month, Human Rights Watch blasted the Olympics’ TOP sponsors, along with U.S. broadcaster NBC, for their silence in response to questions about the Chinese government’s actions.

Meanwhile, there are troubling signs unrelated to geopolitics about the Winter Games’ potential to engage the American public. The share of Americans aware that the next Olympics are scheduled for winter 2022 (prior to being prompted with questions about a boycott) was just 26 percent, a figure that remained unchanged from a late October poll. Meanwhile, the share of respondents who expect to watch “a lot” or “some” of the Beijing Olympics (44 percent) was 36 percent lower than at roughly the same point prior to last summer’s Tokyo Games, which were the least-viewed Olympics on record.