Some collectible issues have sold for as much as $20,000 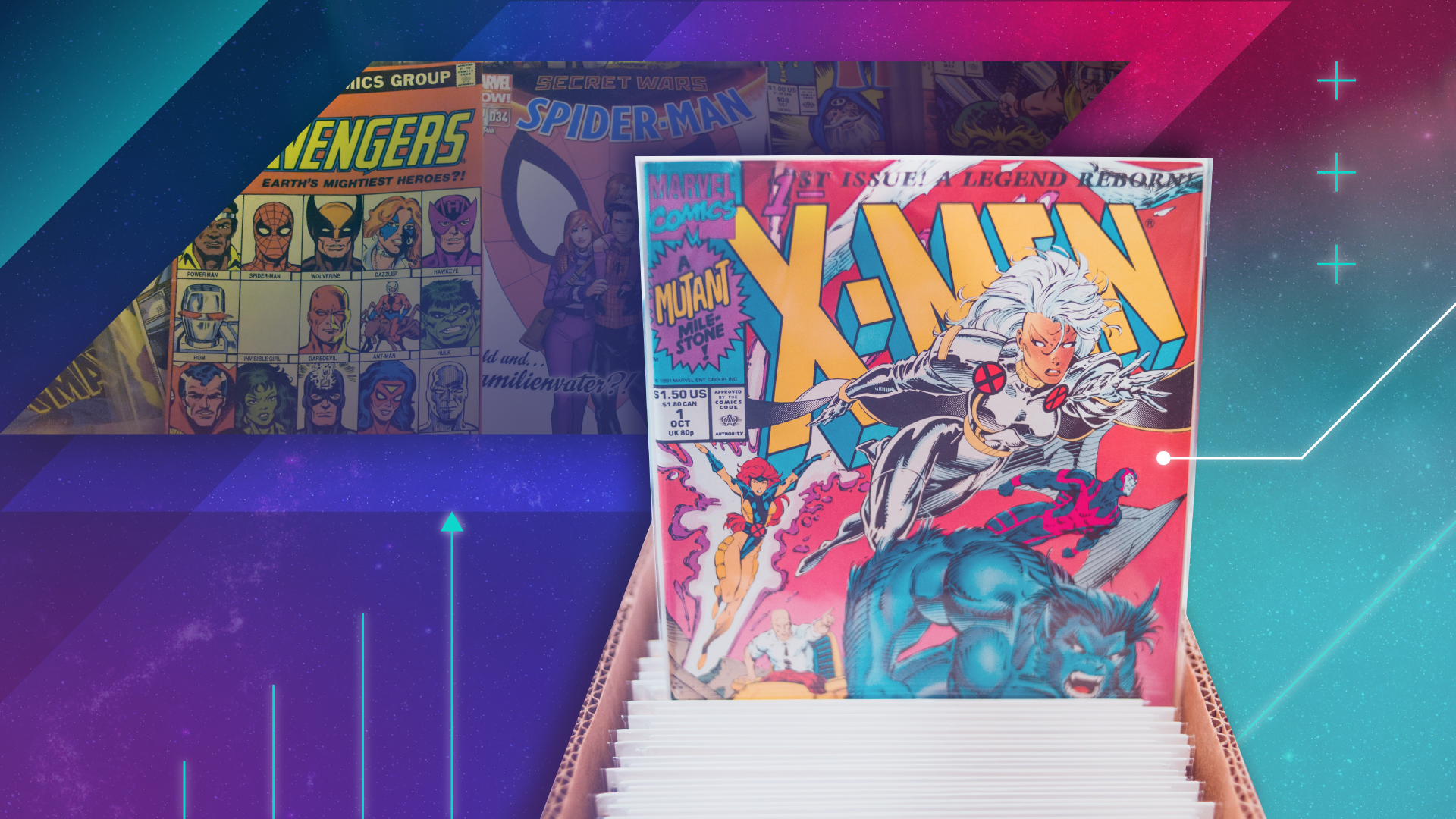 Long before there was ever a cinematic universe, Marvel characters lived solely on the pages of comic books. They’re why Walt Disney Co.’s lucrative superhero property gets to exist at all. And now the on-screen adventures are returning the favor to the medium that birthed them.

According to several comic book shop owners and industry experts, the Marvel Cinematic Universe — including its string of original TV series, which often feature lesser-known characters — is driving a surge of interest in both new Marvel issues and collector’s and vintage items. The Disney behemoth is helping to revitalize an industry that many had left for dead.

“As soon as there’s any kind of announcement or rumor that a new Marvel character is going to be appearing in either a Disney+ show or a movie, there’s an immediate spike in demand and prices,” said Rick Hirsch, director of marketing at the auction site ComicLink.

“We do see an uptick of interest in various comic books that are both available month-to-month as new comic books, and in trade paperback and hardcover collections,” said Marz Richards, managing partner of Sunset Comix, a shop based in West Hollywood, Calif. “A lot of what Marvel is exploring now are titles that may not be immediately familiar to the entire viewing audience,” he added, referring to Disney+ series like “WandaVision” and “Hawkeye.”

Previous Morning Consult data revealed that many of the characters featured in these new and upcoming Marvel Studios projects — like Shang-Chi and Moon Knight — have low awareness among general audiences and Marvel fans. But that may change as readers increasingly seek out comics that feature them, instead of the ones with MCU stalwarts, such as Captain America and Iron Man.

Last year, sales of comics and graphic novels in the United States and Canada totaled $1.28 billion, a 6 percent year-over-year increase from 2019, according to estimates from research database Comichron. That can’t all be attributed to Marvel’s shows and films, but the timing of the introduction of new characters to the MCU was fortuitous for the industry, as consumers were trapped inside their homes due to the coronavirus pandemic.

“You are seeing a shift away from some of the ‘old guard’ characters and moving much towards what is going to become the Young Avengers,” Richards said. “The reading audience is ahead of the viewing audience as far as getting ready for the next round of heroes and villains.”

Golden Apple Comics, a Los Angeles-based comic book store, also saw increased interest in books related to Disney+ originals, including “WandaVision” and “The Falcon and the Winter Soldier,” after those shows premiered on the streaming service.

Joe Annabi, ordering manager at Golden Apple Comics, said that even trailers for upcoming projects have spurred customers to seek out certain titles. The shop saw an “exponential increase in interest” following the trailer release for “WandaVision,” for instance, and now, almost a year after the series itself premiered, the store is still having trouble keeping single issues of comics related to the series in stock, he said.

But this reported surge for comics featuring previously unknown characters is creating some problems for sellers, due in part to supply chain issues that are not entirely related to the pandemic. Stores have had issues meeting the demand for certain titles, including non-Marvel franchises like “Umbrella Academy,” which saw renewed popularity after a Netflix adaptation.

“A lot of the comics publishers are not prepared for the translation of streaming fans to being readers,” Annabi said. “They’re leaving a lot of money on the table.”

Respondents were asked if each of the following statements was a major or minor reason they read comic books:

Marvel Studios has made some progress with its on-screen representation, featuring numerous female leads and characters of color across its 2021 releases. That, in turn, has helped bring new audiences to the comic books on which those films and series were based.

Both Richards and Annabi said they’ve recently seen more interest across all generations and races thanks to Marvel shows and films this year but note that certain demographics are seeking out particular characters.

Hirsch added that though the collectors market remains predominantly white and male, diverse films such as “Black Panther” and “Captain Marvel” have in recent years brought new collectors onto the scene.

“There’s a lot more women that are collecting nowadays and definitely a lot of minorities,” he said. According to Morning Consult data, 54 percent of Black adults said they read comic books, while 28 percent of women said the same.

Among collectors, comics that feature the first appearance of characters are deeply prized. According to Hirsch, as soon as rumors start to circulate about the casting of characters in upcoming movies and series, collectors will pre-emptively look for specific issues, sending their values soaring.

In 2018, Marvel announced that the character of Kate Bishop would appear in the Disney+ original series, “Hawkeye.” Following rumors that actress Hailee Steinfeld would play the character, collectors almost immediately drove up the price of the comic in which she was first introduced, Hirsch said.

“That book went from being probably a $50 book, in great condition, all the way up to $1,000 based simply on the news that she was going to be appearing in the show,” he said. “That’s kind of been the pattern for the last decade or so — as soon as there’s any kind of announcement, we’ll see a huge increase in demand and prices.”

This held true for Shang-Chi, the MCU’s first Asian lead, too. The announcement that a Shang-Chi film was in development sent the character’s first-appearance issue from $100 to as much as $20,000 at the peak of the excitement, Hirsch said.

But that speculation is a bit like sports betting, and it doesn’t always work out for prospectors.

While “WandaVision” was streaming earlier this year, there was rampant speculation among Marvel fans that Mephisto, a classic villain, would be revealed as the series’ antagonist. As a result, collectors frantically searched for comic issues that featured the demonic character. But the show’s real villain turned out to be Kathryn Hahn’s Agatha Harkness, while Mephisto never appeared. Still, in a universe as expansive as Marvel’s, there remains hope for an eventual payoff.

“All of a sudden it was like, ‘Oh, well, I just bought Mephisto for no reason,’” Hirsch said. “But it doesn’t necessarily mean demand is going to fall off completely, because people are still optimistic he’s going to show up at some point.”