47% of voters say the child tax credit should be expanded for a year, as prescribed by the Build Back Better Act, while 42% disagree 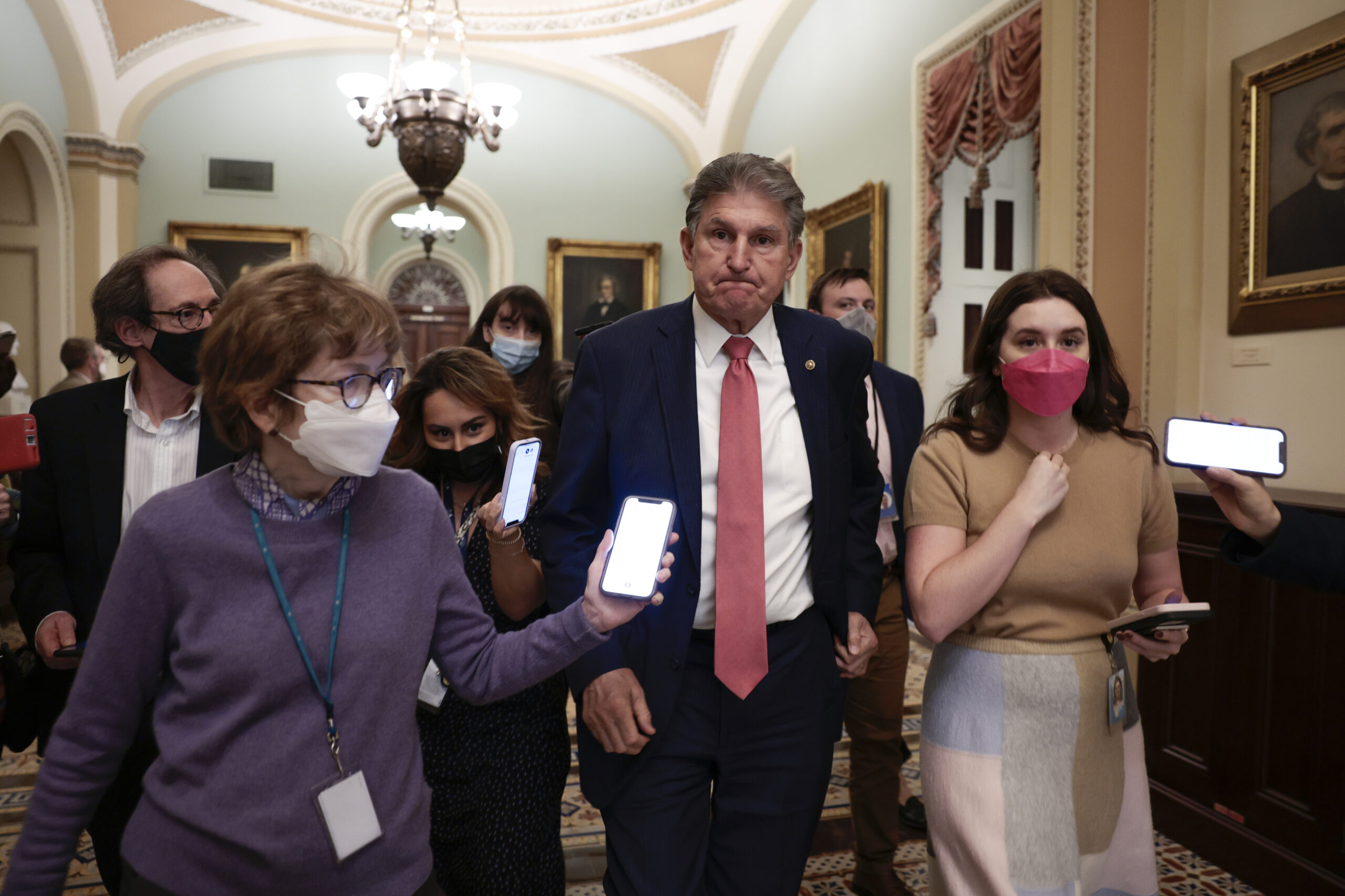 Sen. Joe Manchin (D-W.Va.) is followed by reporters as he leaves a Dec. 17 caucus meeting with Senate Democrats at the U.S. Capitol. Manchin came out against his party's Build Back Better Act, leaving the future of the newly installed expanded Child Tax Credit in limbo, and a new poll shows voters are divided over whether it should be extended for another year. (Anna Moneymaker/Getty Images)
By Eli Yokley

Voters are closely split over whether lawmakers should extend the expanded child tax credit for another year following the final payments last week, according to a new Morning Consult/Politico poll. The measure is part of President Joe Biden’s Build Back Better Act, but that legislation – whose popularity has waned – is on hold due in part to West Virginia Sen. Joe Manchin’s now-public opposition.

The temporary expanded child tax credit, which was authorized for 2021 earlier this year by the American Rescue Plan, has been credited with lifting millions of young people out of poverty: 85 percent of eligible recipients in the Morning Consult/Politico poll said the payment had made at least a “minor impact” on their financial security, with 44 percent of those saying it had a “major impact.”

Democrats have hoped to use the benefit on the 2022 campaign trail as proof of a tangible economic win for Americans due to unified control of Washington. The payments have been relatively popular, with 49 percent of registered voters in support, though that share is down from 54 percent in July.

But it is an expensive program: The Congressional Budget Office estimates it will cost $185 billion for one year, as Build Back Better proposes, or $1.6 trillion over the next decade, which Manchin and others believe to be the true intent of those supporting the policy. The idea that Democrats would push to continue programs beyond the dates proposed by the legislation is one of the reasons he publicly announced his opposition to the House-passed version of the Build Back Better Act, Biden’s signature legislative priority, which has lost a bit of support among voters over the past month. 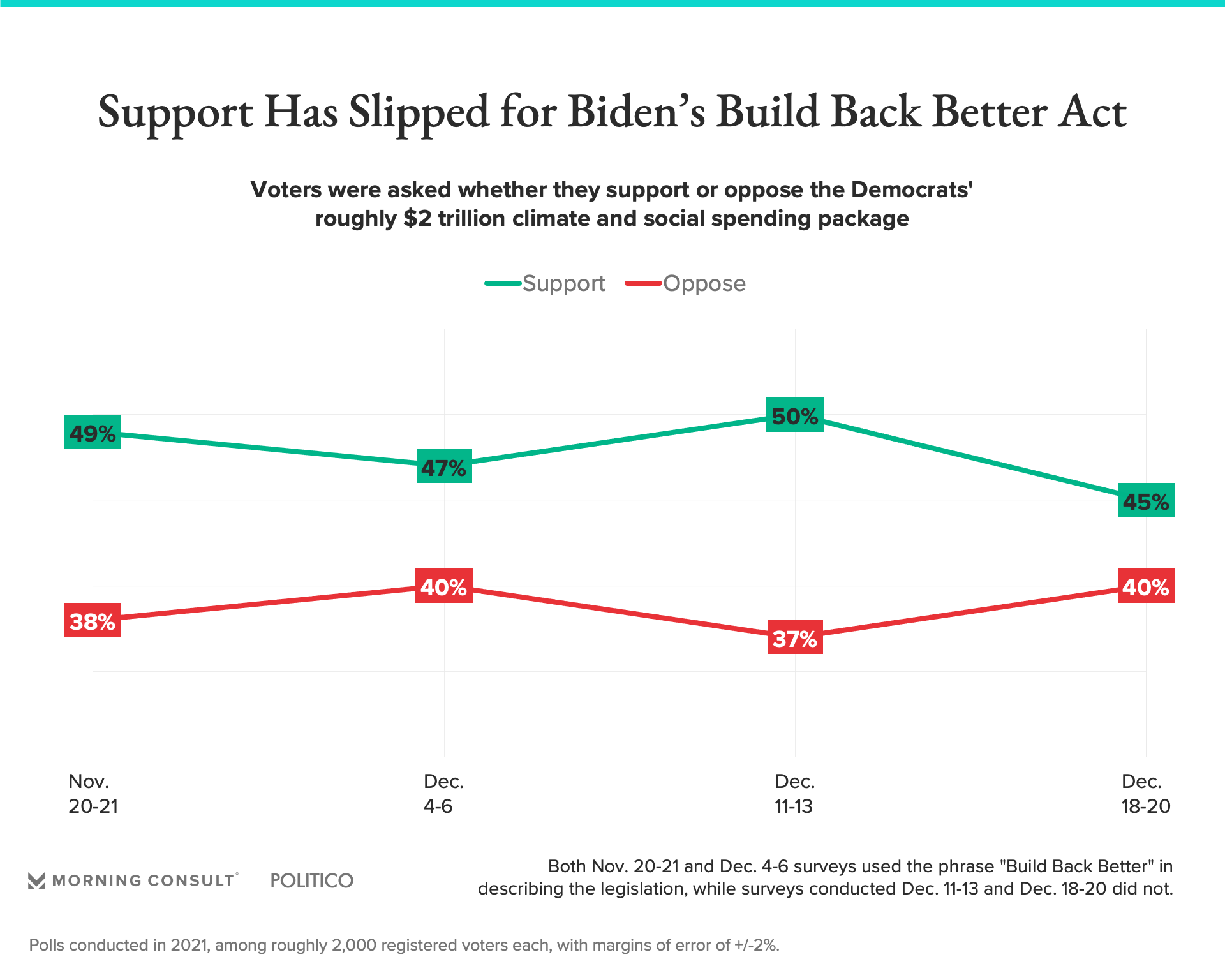 Voters’ views on Build Back Better