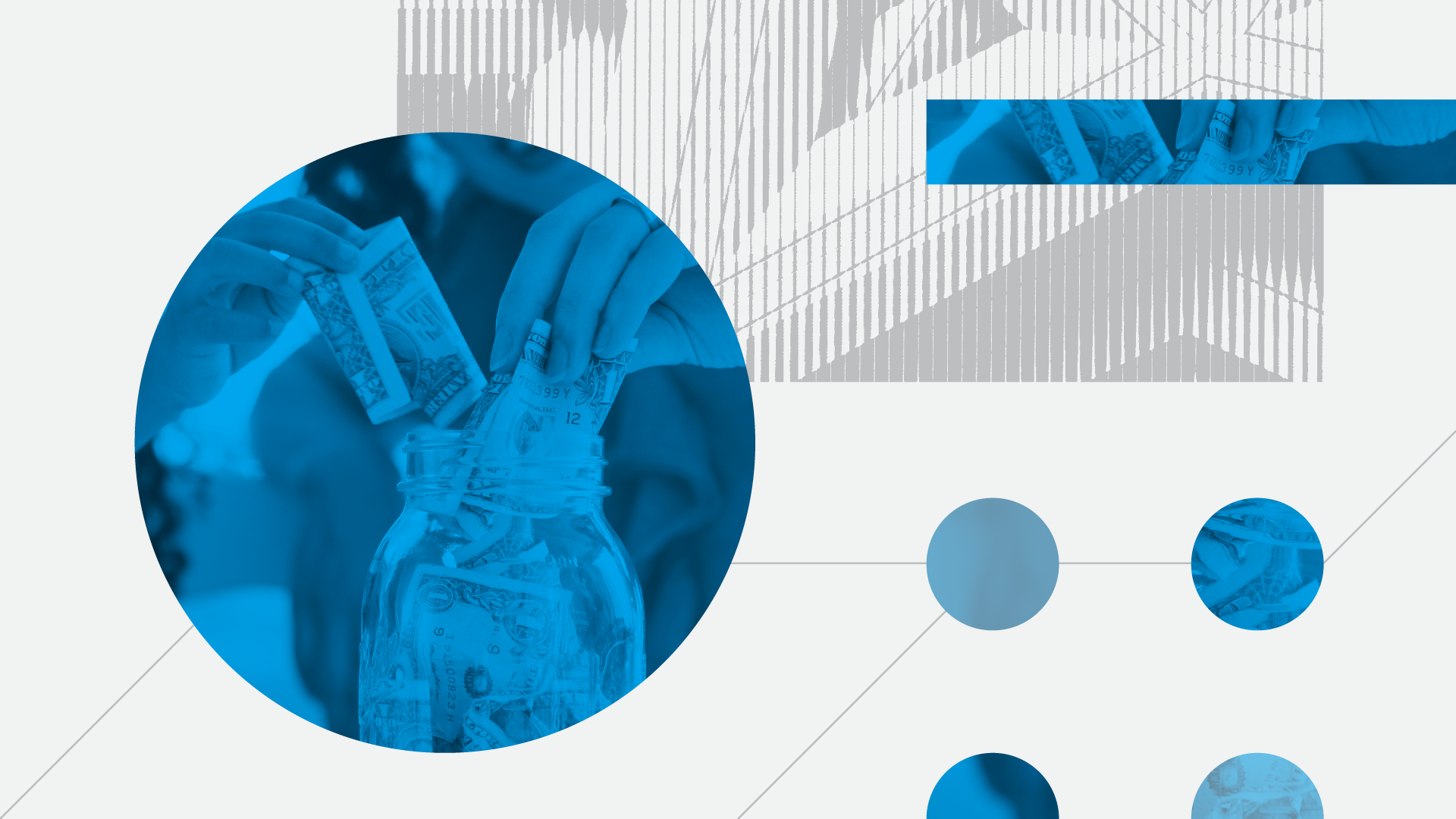 Consumers struggled to make progress toward financial goals last year, and they don’t expect it to get any easier in the year ahead. Understanding and assistance from their banks might help, but consumers suggest there’s room for improvement on that front.

While New Year’s resolutions are notoriously short-lived, financial goals are a constant, according to consumers. Below, we look at how consumers progressed toward their financial goals during the second half of 2021 and how helpful they found their banks as they worked toward those goals.

Amid the headwinds of the pandemic and inflation, 27 percent of consumers say they ended 2021 in a worse financial position than when they began it, and more than a third (37 percent) said it was harder to manage their finances than in previous years.

Important demographic distinctions exist: Women and adults reporting annual household income under $50,000 were most likely to say they ended 2021 in a worse financial position than they started it. Meanwhile, 42 percent of adults with household income over $100,000 said they’re entering 2022 in a better position than this time last year, which does not bode well for income inequality.

The delta variant and expiring federal benefits challenged financial progress for many, dampening their outlook going into 2022

Rising inflation and the impact of the delta variant hampered progress toward near-term financial goals by the fall. Consumers’ top three financial goals (creating an emergency fund, developing and maintaining a budget, and evening out spending) each showed a dip in the share of adults making progress toward that goal between July and October. 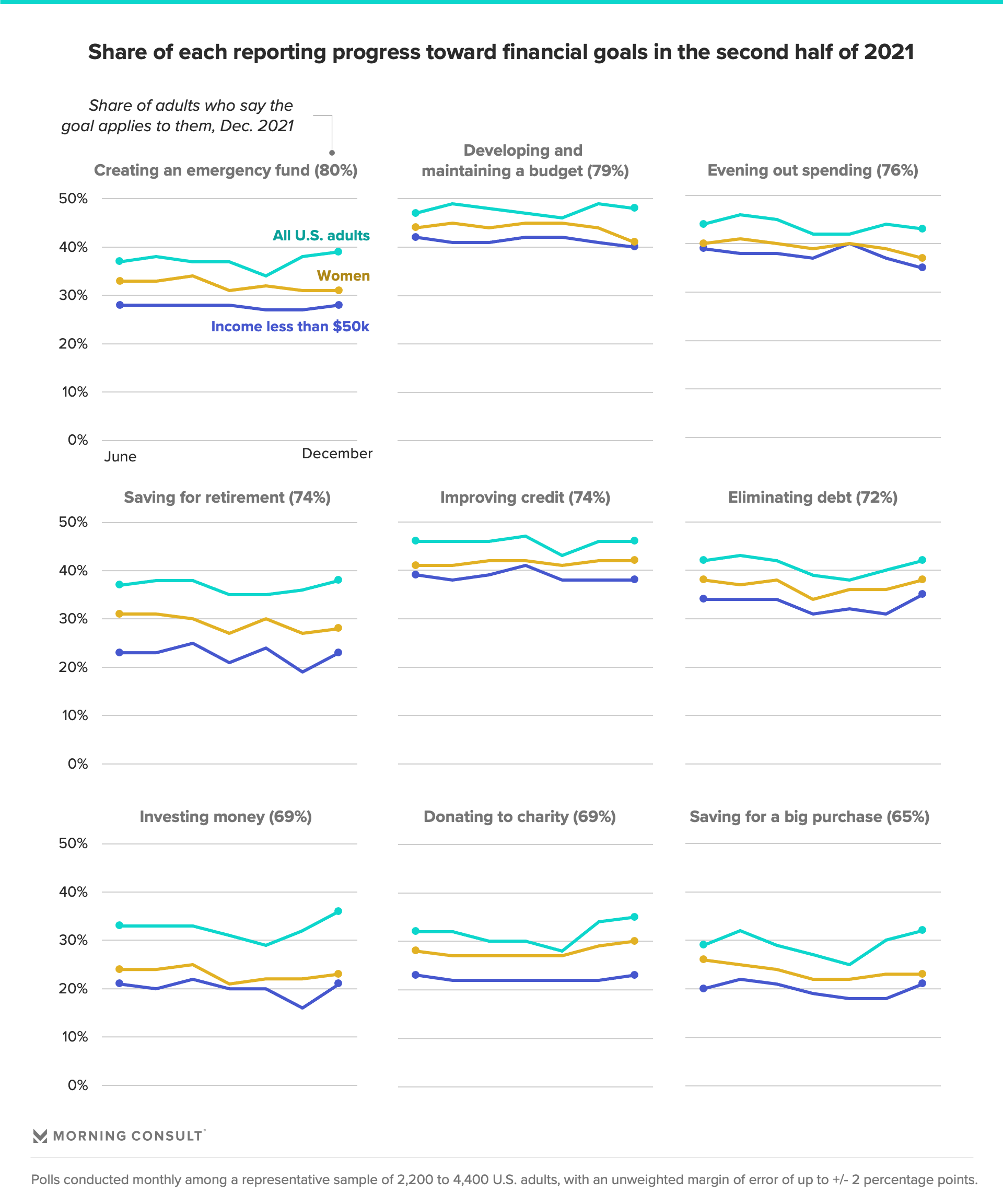 November and December brought an uptick in progress toward financial goals among the general population as many consumers got a cash-flow boost. The sizable 43 percent of Americans who are paid on a biweekly schedule experienced their second three-paycheck month of the year in either October (if their first paycheck of 2021 fell on Jan. 8) or December (if they received their first 2021 paycheck the week prior).

But this uptick didn’t apply to everyone. Again, there were significant differences among women and lower-income households:

What this means for banks: an imperative to step up their efforts to help consumers

The tempered outlook of women and those in lower-income households on achieving their goals can be attributed in part to a lack of support from their providers, Morning Consult’s data indicates. These groups are less likely to report feeling their bank understands or helps them work toward goals, but the responses across all major demographics show that banks have room for improvement on these metrics.

Consumers don’t think too kindly about whether banks actually help them achieve their goals, either: More than a quarter of adults said their provider doesn’t help them with their financial goals (that share increases for women and those in lower-income households), and another 14 percent even rated their banks as unhelpful.

As financial services providers kick off 2022, a good New Year’s resolution would be to redouble their efforts to understand consumers’ financial goals (through surveys, conversations or analysis of consumers’ account habits) and communicate how they can be helpful in achieving them.