22% of U.S. adults mentioned the soft drink as a brand they most associate with the Super Bowl 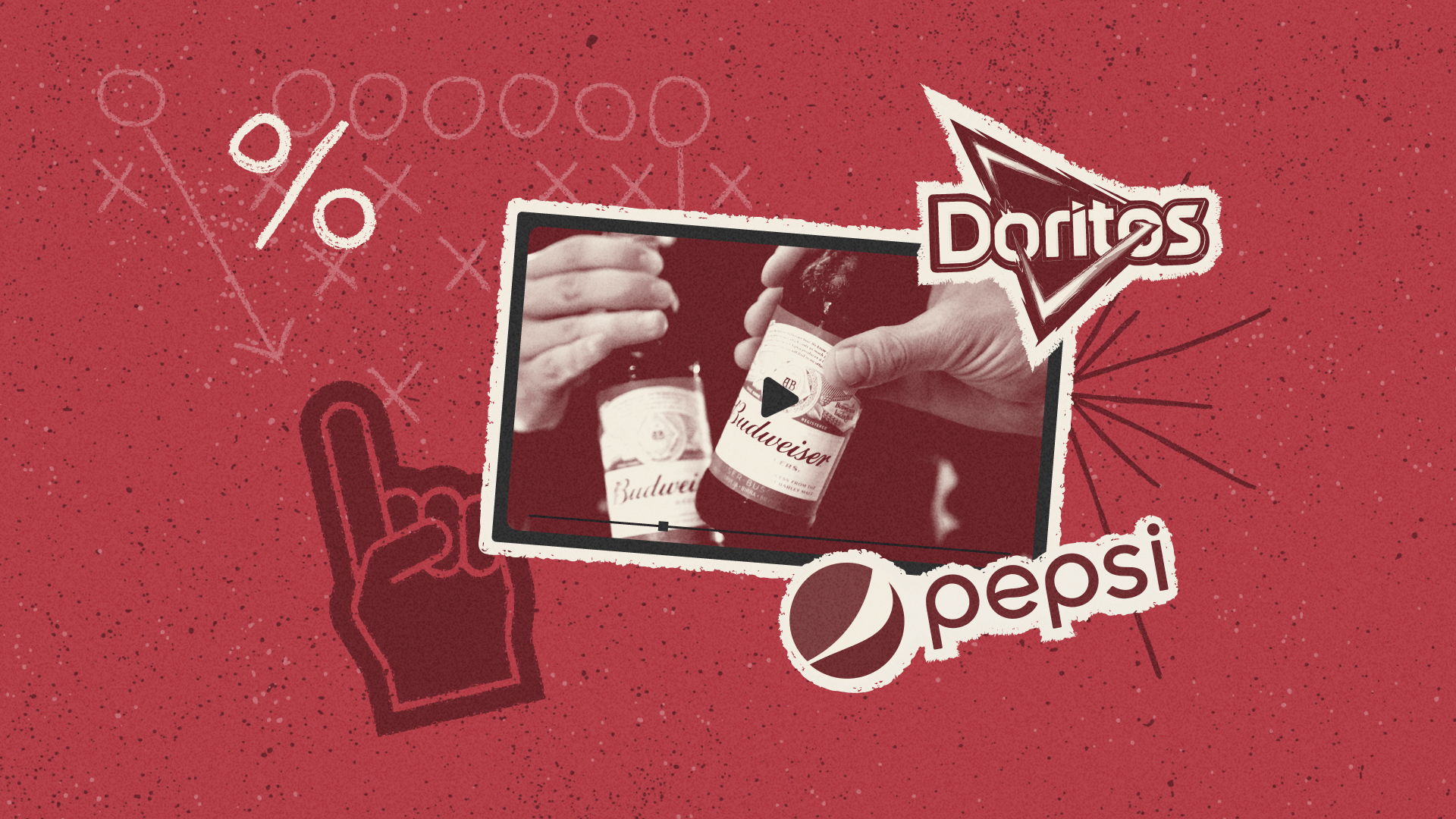 More than 1 in 5 U.S. adults (22 percent) mentioned Pepsi when asked which brand they most associate with the Super Bowl. Budweiser was a close second at 19 percent. (Unsplash / Morning Consult artwork by Ashley Berry)
By Alex Silverman

PepsiCo Inc.’s sponsorship of the Super Bowl halftime show — arguably the crown jewel of U.S. marketing — is paying off in a big way. In a new Morning Consult survey, more Americans said they associate Pepsi with the Super Bowl than any other brand. As for advertisers, U.S. adults were most likely to mention Budweiser as the brand that typically airs the best Super Bowl commercials.

U.S. adults were asked which brand they most associate with the Super Bowl. Percentage represents the share of all open-ended responses that contained a brand’s name

Budweiser in a League of Its Own Among Super Bowl Advertisers

U.S. adults were asked which brand they remember having the best advertisements during previous Super Bowls. Percentage represents the share of all open-ended responses that contained each brand’s name

More about the numbers

Related: Survey Says Super Bowl LVI’s Rap-Focused Halftime Show Will Be a Hit With the Youths

Sunday’s halftime show starring Dr. Dre, Snoop Dogg, Eminem, Mary J. Blige and Kendrick Lamar could be the last under the Pepsi banner, but it’s hard to imagine the soft drink brand relinquishing such prime real estate, particularly in light of market research like this survey. Neither Pepsi nor the NFL responded to requests for comment on the status of the sponsorship rights beyond this season.

The NFL will likely command a significant raise for the halftime entitlement given the sport’s unmatched popularity relative to other TV programming and the recent emergence of sports betting and cryptocurrency brands as major spenders in the sports marketing space.

The strong presence of several brands that didn’t advertise at all last year, such as Budweiser and Coca-Cola, suggests that one’s reputation as a Super Bowl staple is made over years, rather than with just one well-received commercial.

The Jan. 31, 2022, survey was conducted among a representative sample of 2,211 U.S. adults, with an unweighted margin of error of plus or minus 2 percentage points.