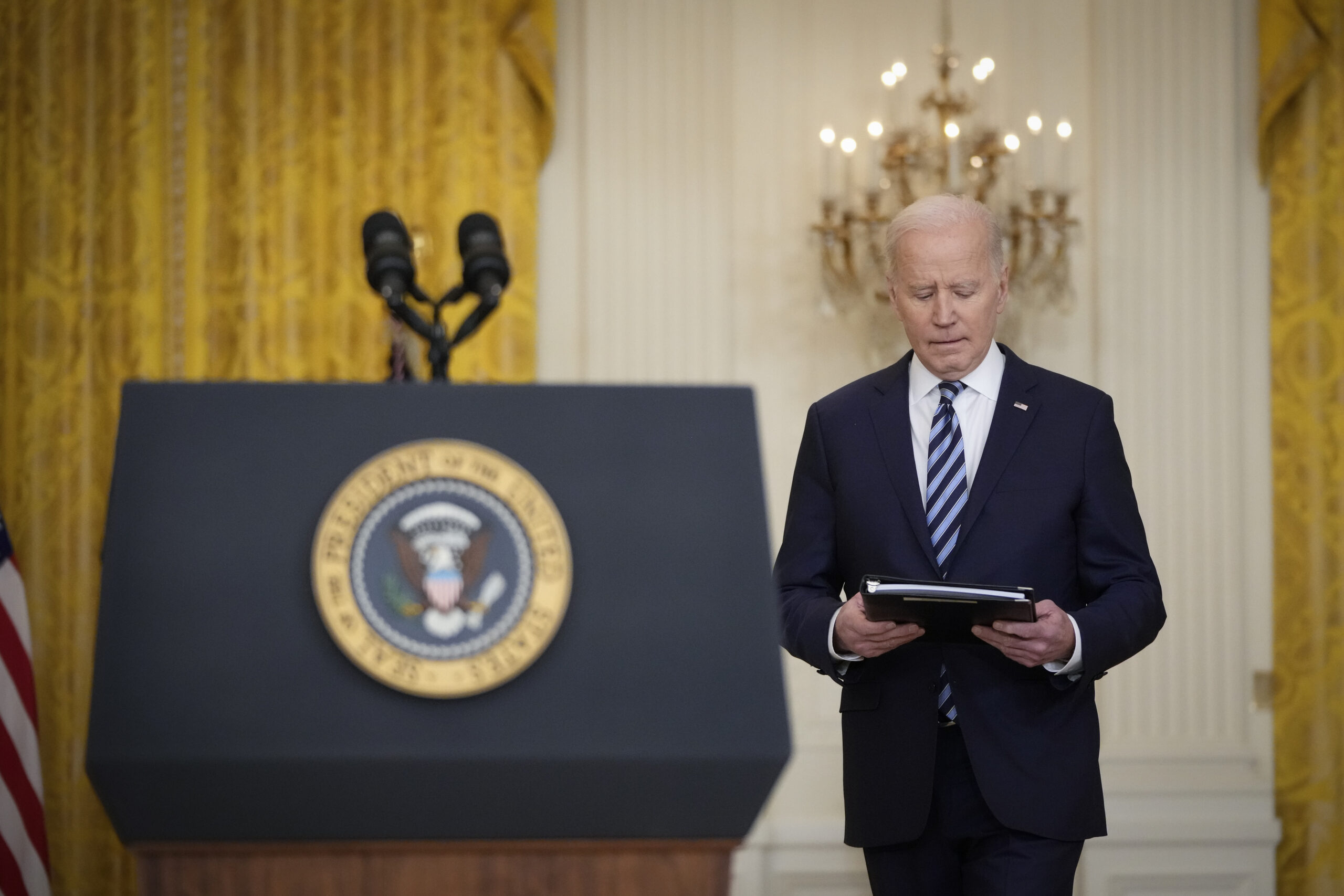 U.S. President Joe Biden arrives to deliver remarks about Russia's invasion of Ukraine in the East Room of the White House on Feb. 24. (Drew Angerer/Getty Images)
By Eli Yokley

Voters in the United States are split over President Joe Biden’s handling of the Ukraine crisis and the West’s unified approach hasn’t provided a popularity bounce at home, according to a new Morning Consult/Politico survey, with most Democrats and Republicans also in disagreement about whether things would be going differently if his predecessor were still in the White House. 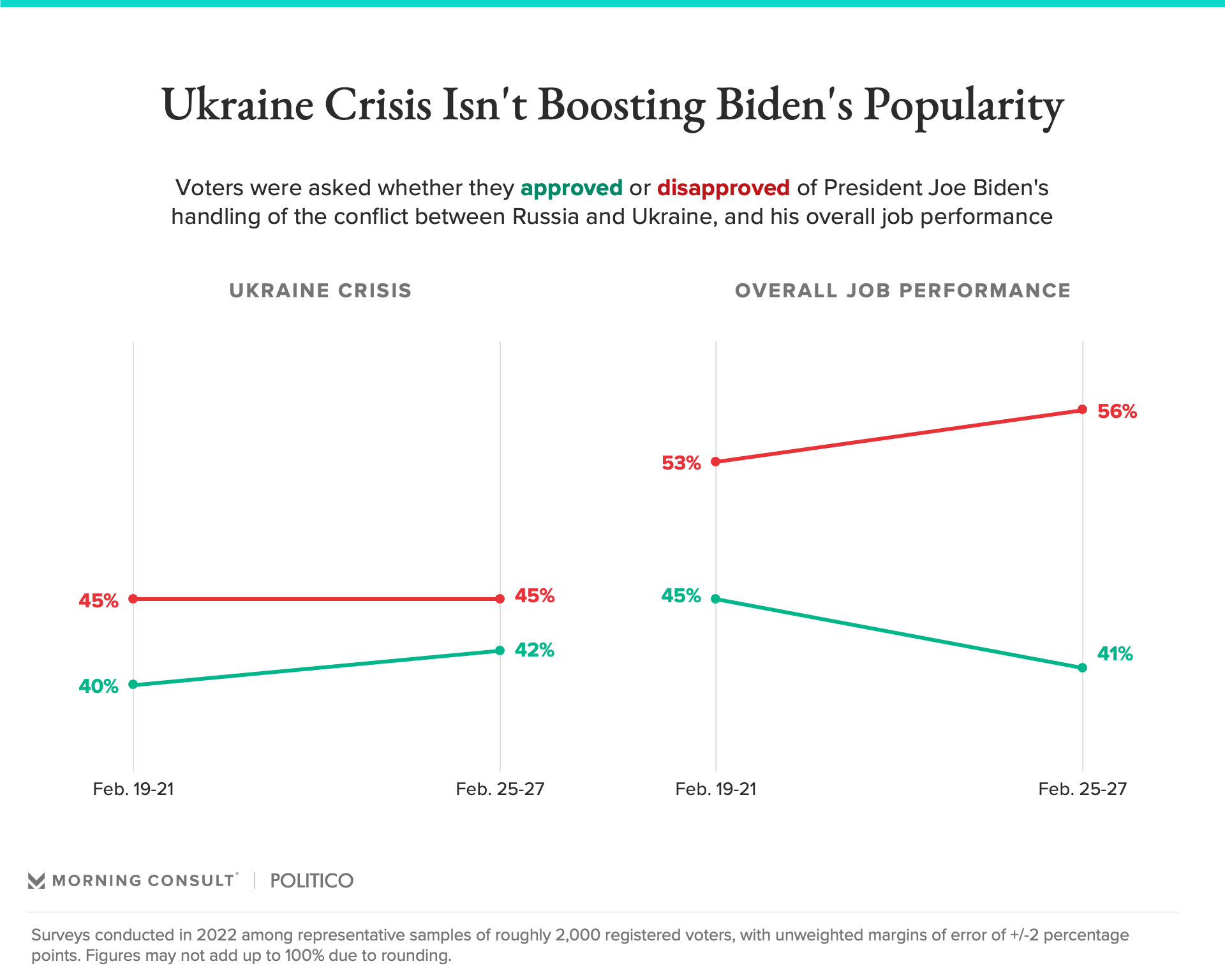 What voters say about Biden

The domestic political impact of a crisis in Eastern Europe without direct American military engagement is tough to gauge, but voters have started to pay attention. In the latest survey, 65 percent of voters said they had either seen, read or heard “a lot” about Russia’s invasion — a level of salience that tops the most-noticed news event of last year.

Voters have been less attuned to Biden’s actions, with 37 percent saying they had heard a lot about the imposition of sanctions and economic penalties against Russia by the United States and other world powers. Even fewer (18 percent) said they had heard a lot about Biden’s Feb. 24 speech on the invasion — roughly matching the awareness about former President Donald Trump’s claims that Russia would not have breached its neighbor’s border if he were still president.

Trump’s attacks against Biden, which were coupled with his framing of Putin’s invasion of Ukraine as “genius,” put him at odds with many voters. 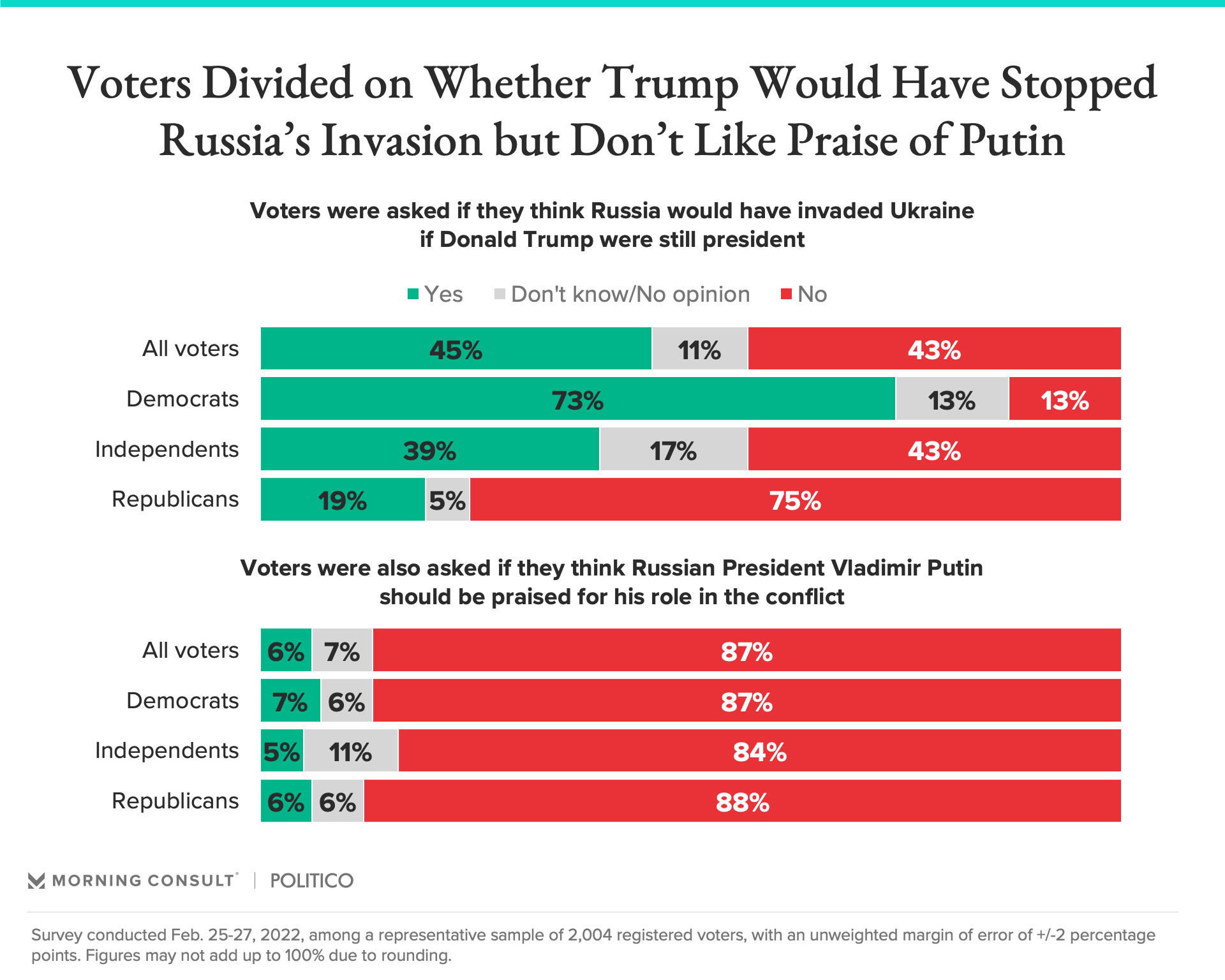 What voters say about Trump