Rick Scott’s Plan to Tax All Americans Is Unpopular, but Other Parts of His Agenda Aren’t

51% of voters oppose requiring all Americans, including low earners and retirees, to pay income tax 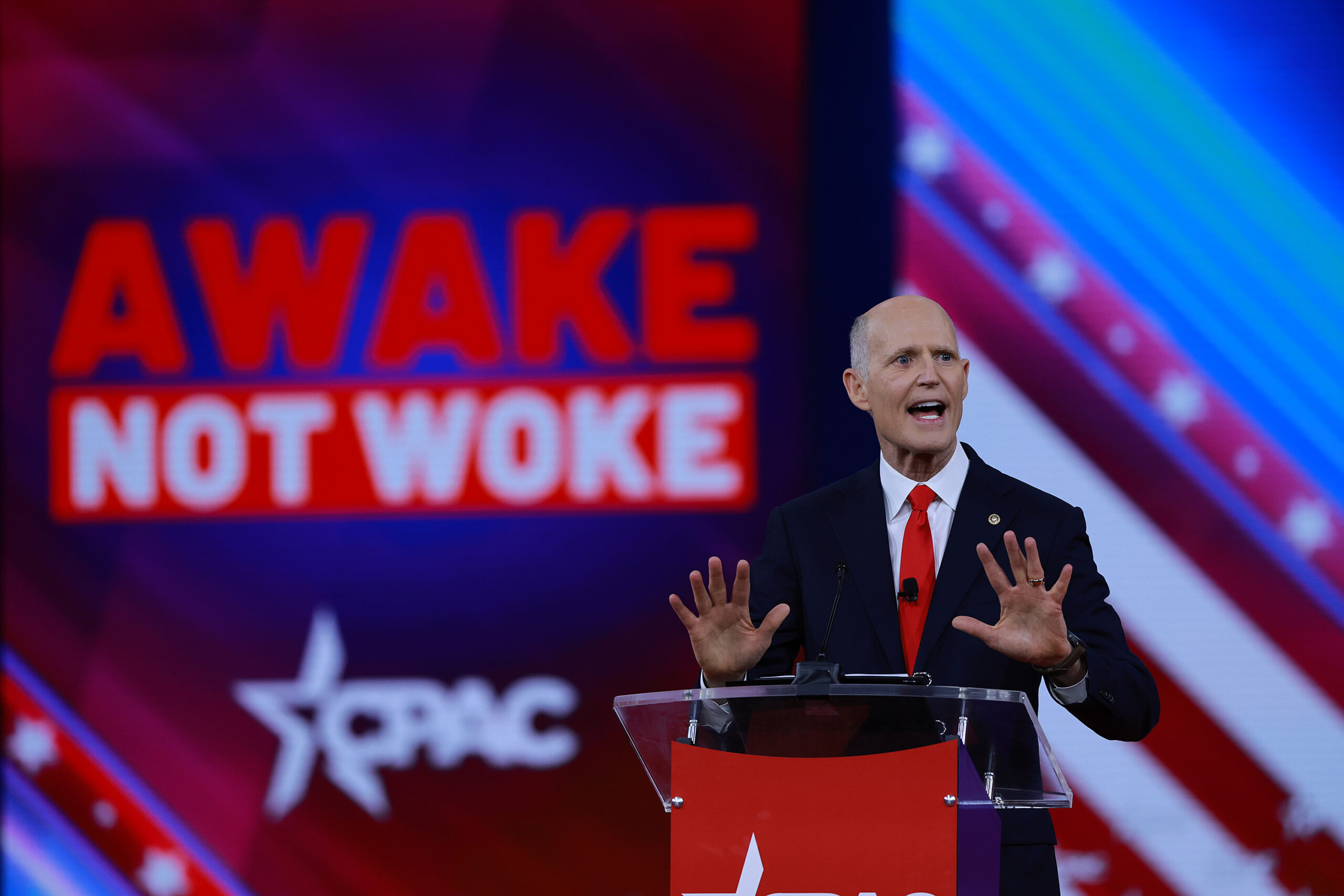 A provision described in Florida Sen. Rick Scott’s plan for Republican governance that would require all Americans to pay income tax could prove to be a political liability — especially among the country’s lowest earners — according to a new Morning Consult/Politico survey. But other pieces of the cultural and economic message the Senate GOP campaign chief has touted ahead of the midterm elections are generally backed by the U.S. electorate.

Voters were asked whether they support or oppose a proposal to require all Americans to pay income tax, including low-income and retired individuals, included in the “Plan to Rescue America” authored by Sen. Rick Scott (R-Fla.):

Survey conducted Feb. 25-27, 2022, among a representative sample of 2,004 registered voters, with an unweighted margin of error of +/-2 percentage points. Figures may not add up to 100% due to rounding.

Where voters stand on the tax provision

Scott’s messaging document, containing dozens of objectives and sometimes vague policies wrapped into an 11-point plan, seeks to lay out what Republicans would fight for if they were to win the Senate this fall. But it also gives the potential 2024 presidential aspirant, who is largely unknown to the nationwide Republican electorate, another platform to preach to the party’s pro-Trump voters.

The document was released by Scott’s campaign committee, not the Senate GOP’s arm, and has already become a focus of paid Democratic attacks. Senate Minority Leader Mitch McConnell (R-Ky.) has so far declined to put his own agenda to paper, instead opting to try to keep the 2022 contests focused on President Joe Biden’s unpopularity, and panned Scott’s tax proposal.

“We will not have as part of our agenda a bill that raises taxes on half the American people and sunsets Social Security and Medicare within five years,” he told reporters Tuesday at the Capitol. “That will not be part of the Republican Senate majority agenda.”

Aside from the tax policy, which, many of the 13 provisions of Scott’s plan tested in the survey were popular both with the Republican base and the wider electorate. 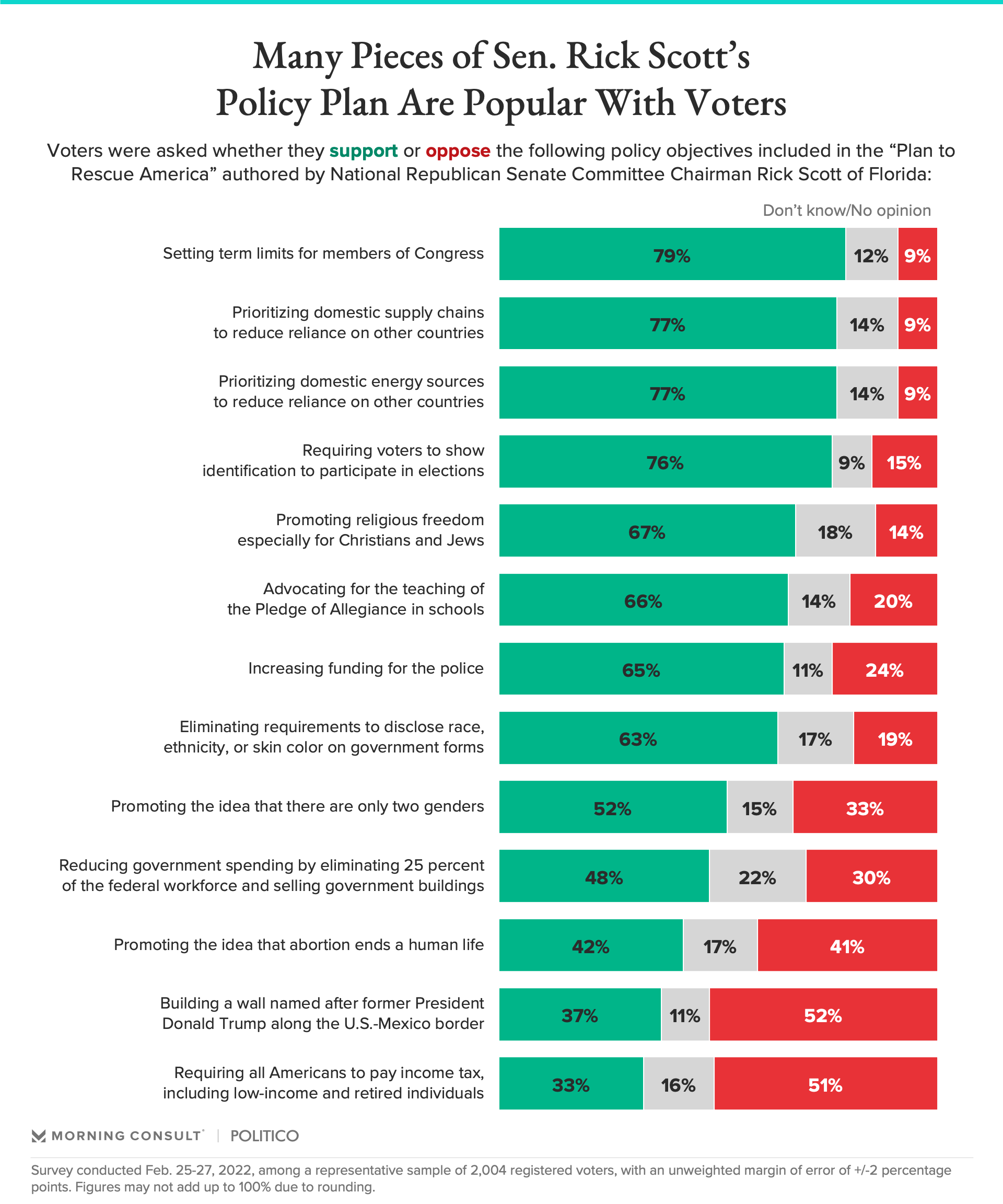