24% know redistricting happens once a decade; 27% know whether or not their state gained seats 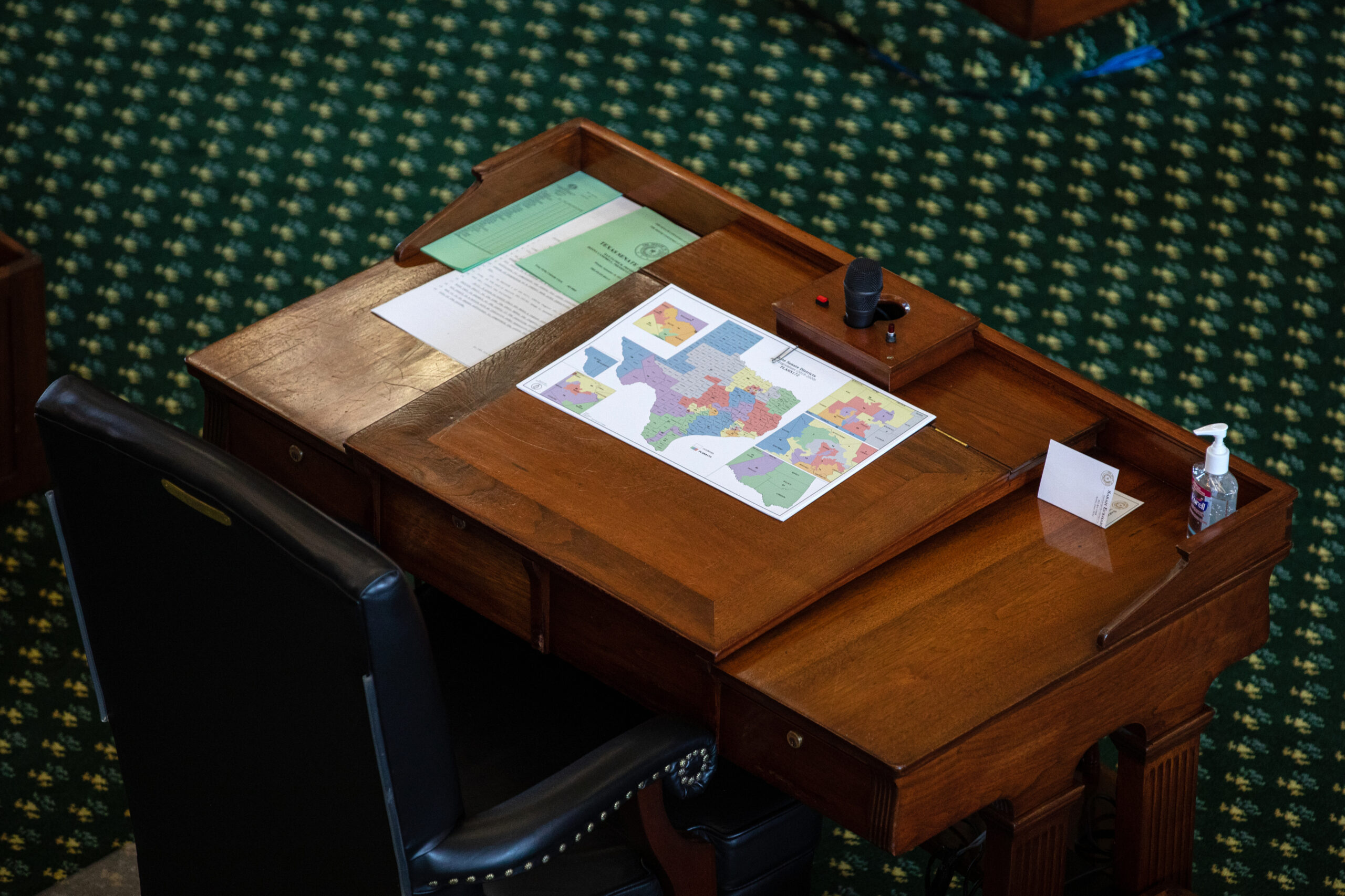 A map of state Senate districts is seen on a desk in the Senate chamber on the first day of Texas' 87th Legislature's third special session in Austin in September 2021. (Tamir Kalifa/Getty Images)
By Eli Yokley

Very few voters can correctly identify whether their states gained or lost seats in congressional reapportionment, and even fewer knew how often it takes place, according to a new Morning Consult survey. But while their understanding of the process is weak, their opposition to drawing lines based on racial, partisan and socioeconomic factors is strong — and bipartisan. 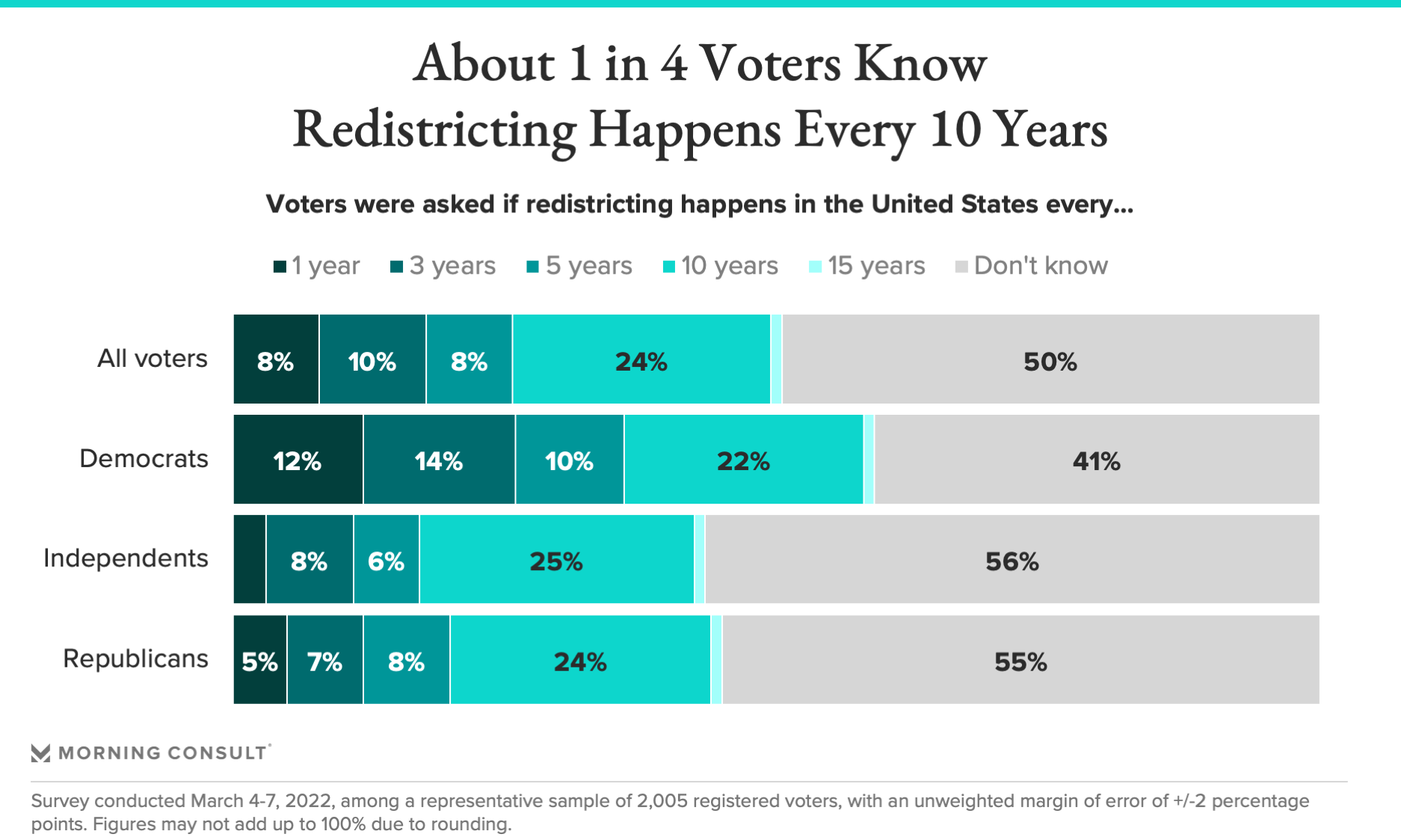 What voters know about redistricting

Despite its importance for power on Capitol Hill and state capitals, very few Americans are attuned to the redistricting process that’s been playing out since the Census Bureau released its updated population count last year. It has prompted efforts from groups like the House Majority PAC, which supports Democratic candidates, to spend money to inform voters about the process and introduce them to their sometimes new members of Congress.

Nonetheless, more voters than not (47 percent versus 16 percent) believe that gerrymandering has occurred – and they’re inclined to believe many reasons officials use for drawing lines are bad. 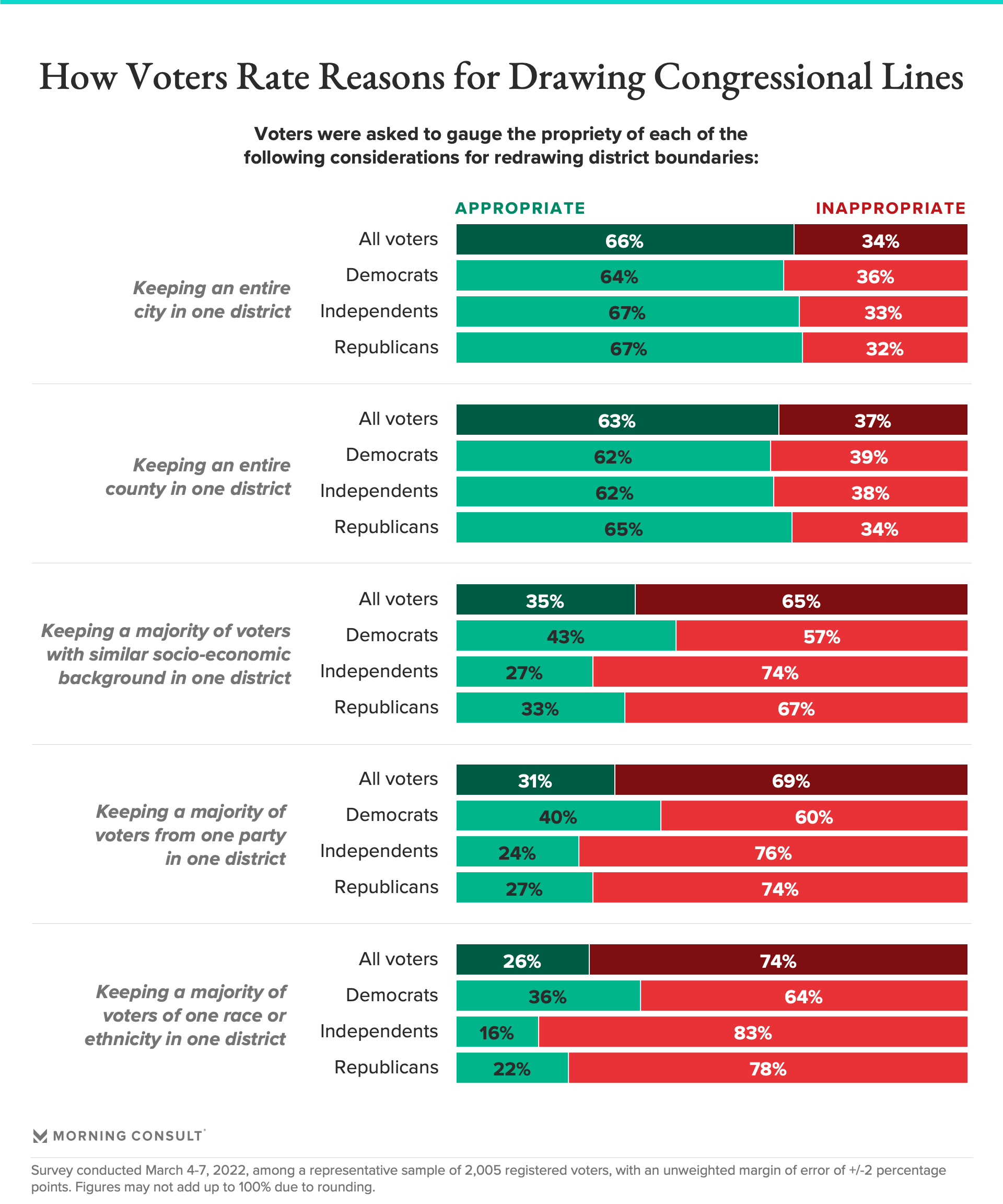 What voters think about redistricting rationales

The Morning Consult survey was conducted March 4-7, 2022, among a representative sample of 2,005 registered U.S. voters, with an unweighted margin of error of plus or minus 2 percentage points.