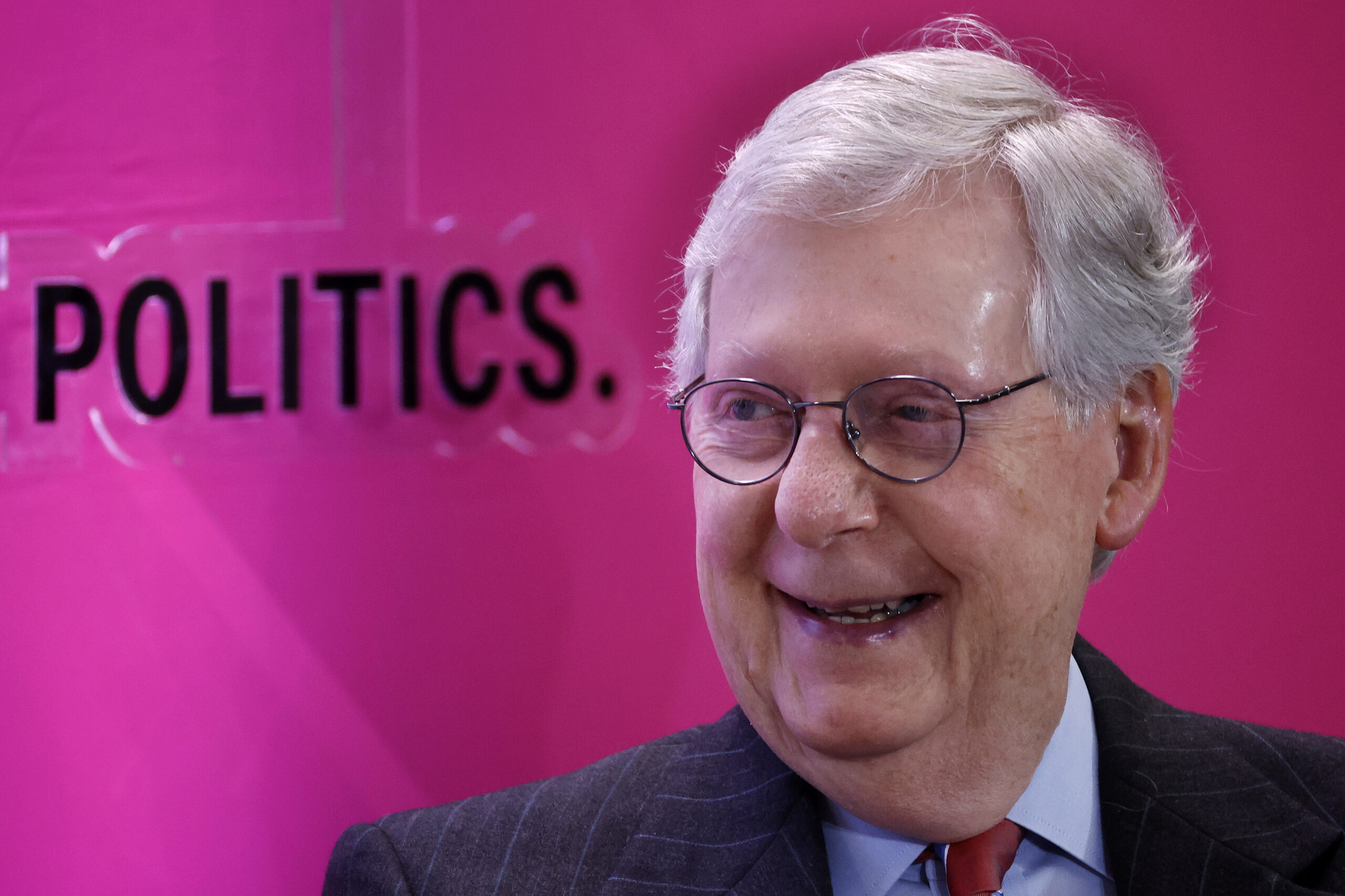 Voters who received expanded child tax credits payments in 2021 ended the year more likely than not to support Democratic candidates for Congress in this year’s midterm elections. But months after that benefit expired, a new Morning Consult/Politico survey shows Republicans have made up that ground. 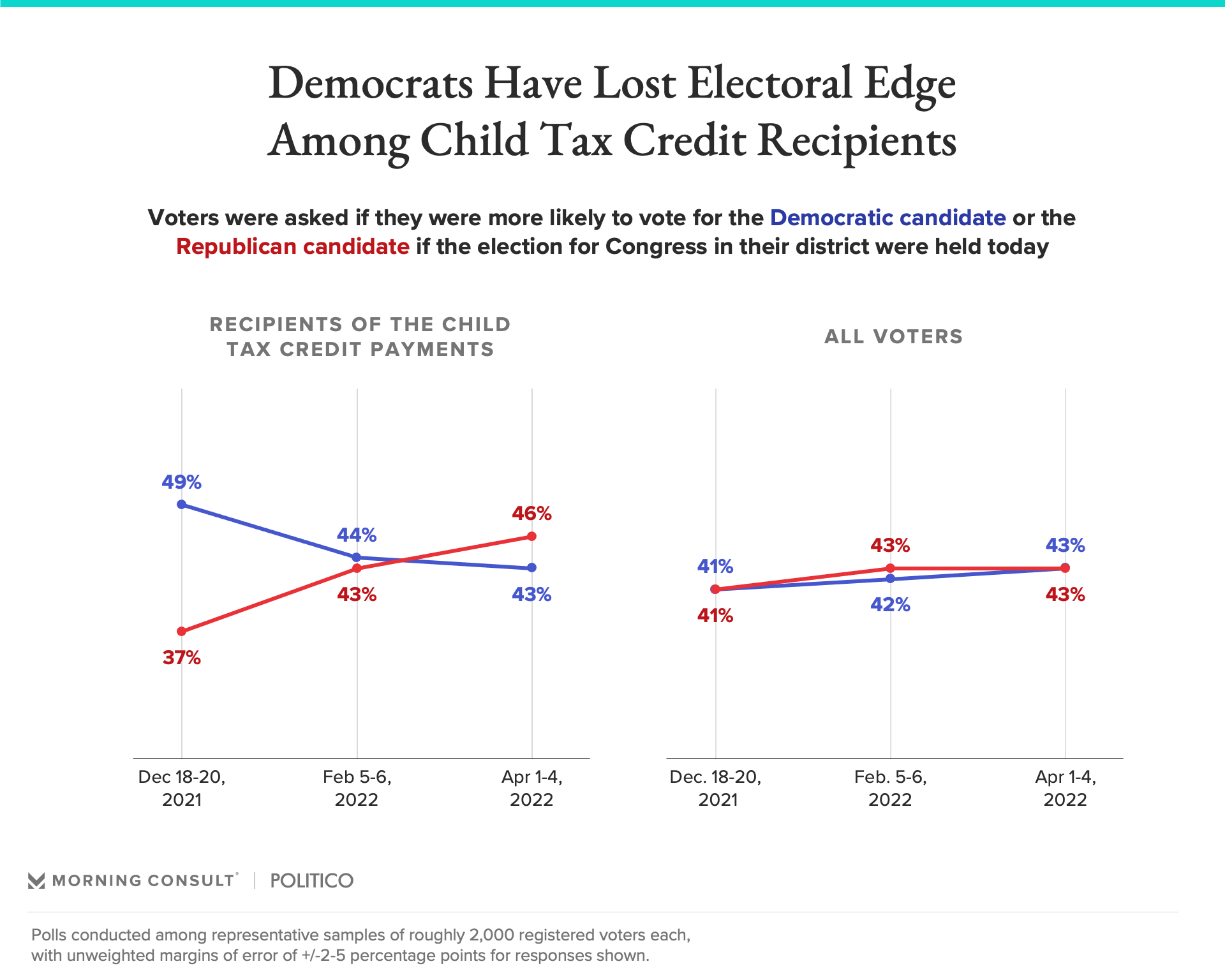 The expanded child tax credit payments, enacted through 2021 as part of President Joe Biden’s COVID-19 relief package, were credited with slashing child poverty. But they were temporary, and their extension failed as part of the demise of Biden’s sweeping domestic policy agenda, the Build Back Better Act. It’s safe to say this iteration of the benefit, which is opposed by Sen. Joe Manchin (D-W.Va.), will remain off the table for the rest of 2022 at the very least.

As Americans of all stripes have endured the rising cost of living, many voters who received the payments — a group that leans Democratic and makes up just under one-fifth of the electorate — say they’re feeling economic strain.

The latest survey was conducted April 1-4, 2022, among a representative sample of 2,003 registered U.S. voters and 337 who reported receiving the tax payments in 2021, with unweighted margins of error of plus or minus 2 and 5 percentage points, respectively.