As Pandemic Drags On, Kids Are Struggling With Their Mental Health. So Are Their Parents

Parents’ views of their children’s mental health and their own are linked, survey shows 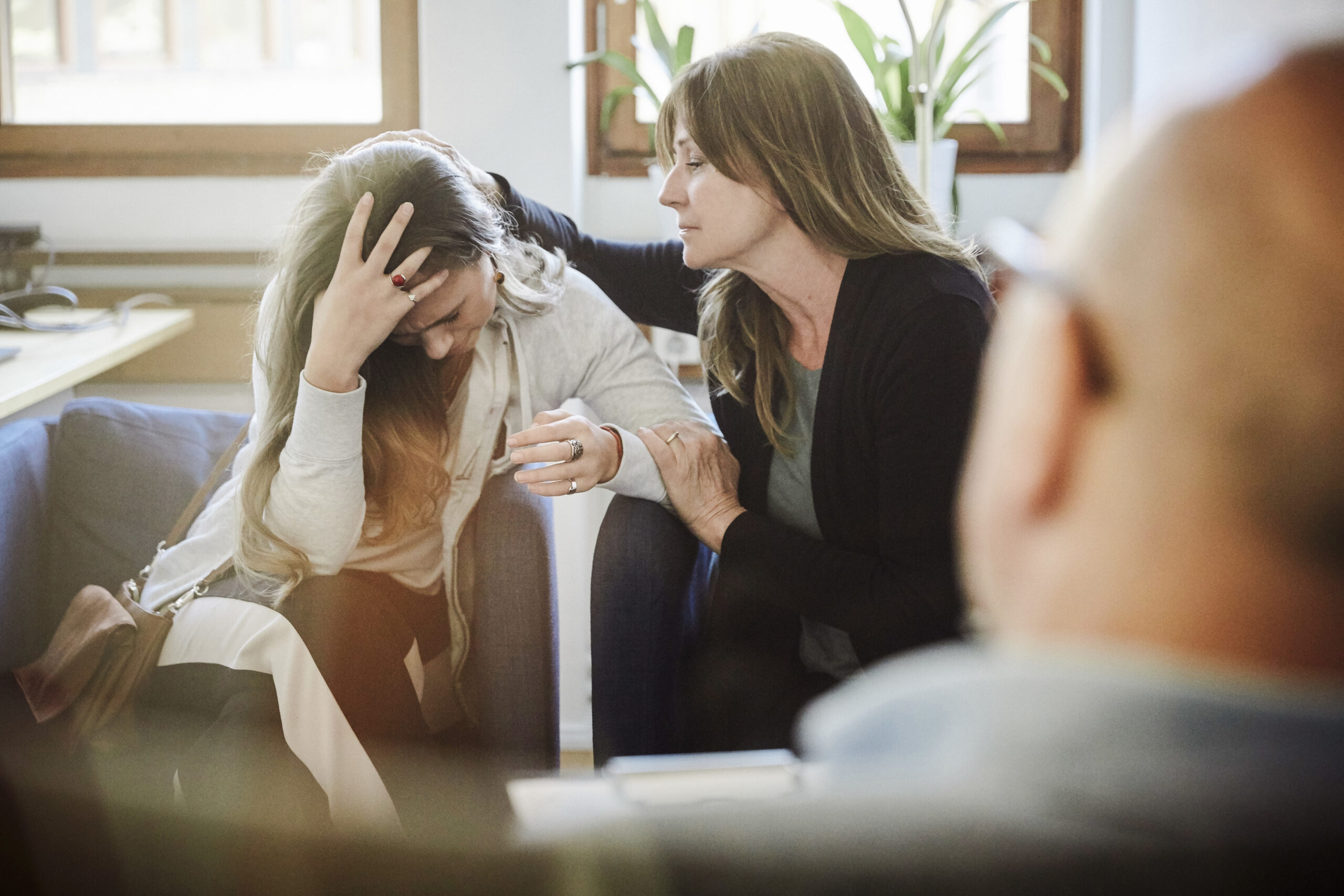 A Morning Consult survey found that 68% of parents said their children’s mental health is currently good, but 83% said that was the case before the pandemic. (Getty Images)
By Gaby Galvin

Parents’ perceptions of their own mental health and their children’s well-being are closely linked, according to a new Morning Consult survey that comes as health officials warn that the past two years have taken their toll on American kids.

“It’s really not clear how these problems start,” said Dr. Marcy Burstein, a clinical psychologist who works at the National Institute of Mental Health and has studied this link. “The relationship between parent and child is complicated, and it’s not one way.”

Increased demand for care as mental health suffers during pandemic

Notably, 68% of parents said their own children’s mental health is currently good, but 83% said that was the case around March 2020, before the pandemic led to major disruptions. There was an even bigger gap in how they rated their own mental health now and before the pandemic, with 53% saying it’s good now and 75% saying it was good two years ago.

Share of parents who describe the following groups’ mental health as “good” now versus before the pandemic:

Survey conducted April 6-10, 2022, among a representative sample of 426 U.S. parents of school-aged children, with an unweighted margin of error of +/-5 percentage points.

Parents are certainly biased when it comes to their own kids, but the findings complement recent data from the Centers for Disease Control and Prevention showing that the COVID-19 pandemic has harmed young people’s well-being. And experts have been ringing the alarm bells for months: The American Academy of Pediatrics declared a national emergency in October, and two months later, Surgeon General Dr. Vivek Murthy issued a call to action to address the country’s youth mental health challenges.

“Demand is really at an all-time high,” Burstein said of mental health services for kids, adding that the “pandemic has also worsened disparities that already existed.”

In one agricultural community tucked in California’s Central Valley, demand for mental health support at school has surged, according to Alma Lopez, the counselor coordinator for Livingston Union School District, which includes three elementary schools and one middle school. She said that each fall after her team gives a presentation on suicide prevention, some 30 out of 800 students typically reach out to ask for help.

“The cool thing is that kids were asking for help,” she said. “The challenging thing is that’s a lot of kids.”

Parents worried about impact of pandemic, school and general uncertainty

Lopez’s experience mirrors broader mental health challenges during the pandemic. In the survey, at least half of parents said that personal financial struggles, the state of COVID-19, general uncertainty, a death or illness close to the family, child care issues or work had a negative effect on their mental health over the past year. Meanwhile, at least half cited COVID-19, schoolwork, uncertainty and friendships or relationships as hurting their children’s mental health.

Share of parents who said the following have had a major negative impact on their children’s mental health over the past year:

Survey conducted April 6-10, 2022, among a representative sample of 426 U.S. parents of school-aged children, with an unweighted margin of error of +/-5 percentage points.

Asked to describe their concerns for their children’s mental health in an open-ended survey response, many parents cited the lack of socialization during the pandemic, school bullying and the effects of social media or the internet.

“Being stuck at home during the pandemic was really isolating for a lot of people, including my kids,” one parent wrote, while another said their “own financial and health issues and the inability to access assistance” had taken a toll on their children.

Acknowledging the issue doesn’t necessarily mean families are getting help. Lopez said some of her students have parents who delayed their own mental health care during the pandemic, “just like some other health needs went unaddressed for a while.”

Despite the challenging situation, the vast majority of parents in the survey said they feel confident that they’d be able to access mental health care for their kids if they needed it, and 30% said they already have.

Parents were asked if it would be easy or difficult to do the following if their children needed mental health care:

Survey conducted April 6-10, 2022, among a representative sample of 426 U.S. parents of school-aged children, with an unweighted margin of error of +/-5 percentage points. “Don’t know/no opinion” responses are not shown.

Yet Burstein cautioned that “there’s always been a large discrepancy between child mental health care needs and access.”

To help alleviate the shortage of mental health clinicians for kids, she said, experts can deploy more “light-touch interventions” in the community, like training teachers how to work with students on coping skills and identifying early warning signs in order to connect them with more intensive services as needed.

That’s an approach Lopez’s district is taking. Teachers are now leading weekly sessions on social and emotional issues like conflict resolution, empathy and working in groups, and her district hired a part-time mental health clinician to work with higher-need students. Lopez’s team is also using a virtual platform that helps coordinate appointments with outside specialists for families they don’t have the bandwidth to see in school.

Lopez expects that the grief, anxiety and other burdens wrought on children and their families during the pandemic will far outlast it.

“We don’t fully understand what all the challenges are going to be,” Lopez said. “Math and reading are important, but first we’ve got to make sure these kids are OK.”