Australians Back Their New Leader by a 2-to-1 Margin 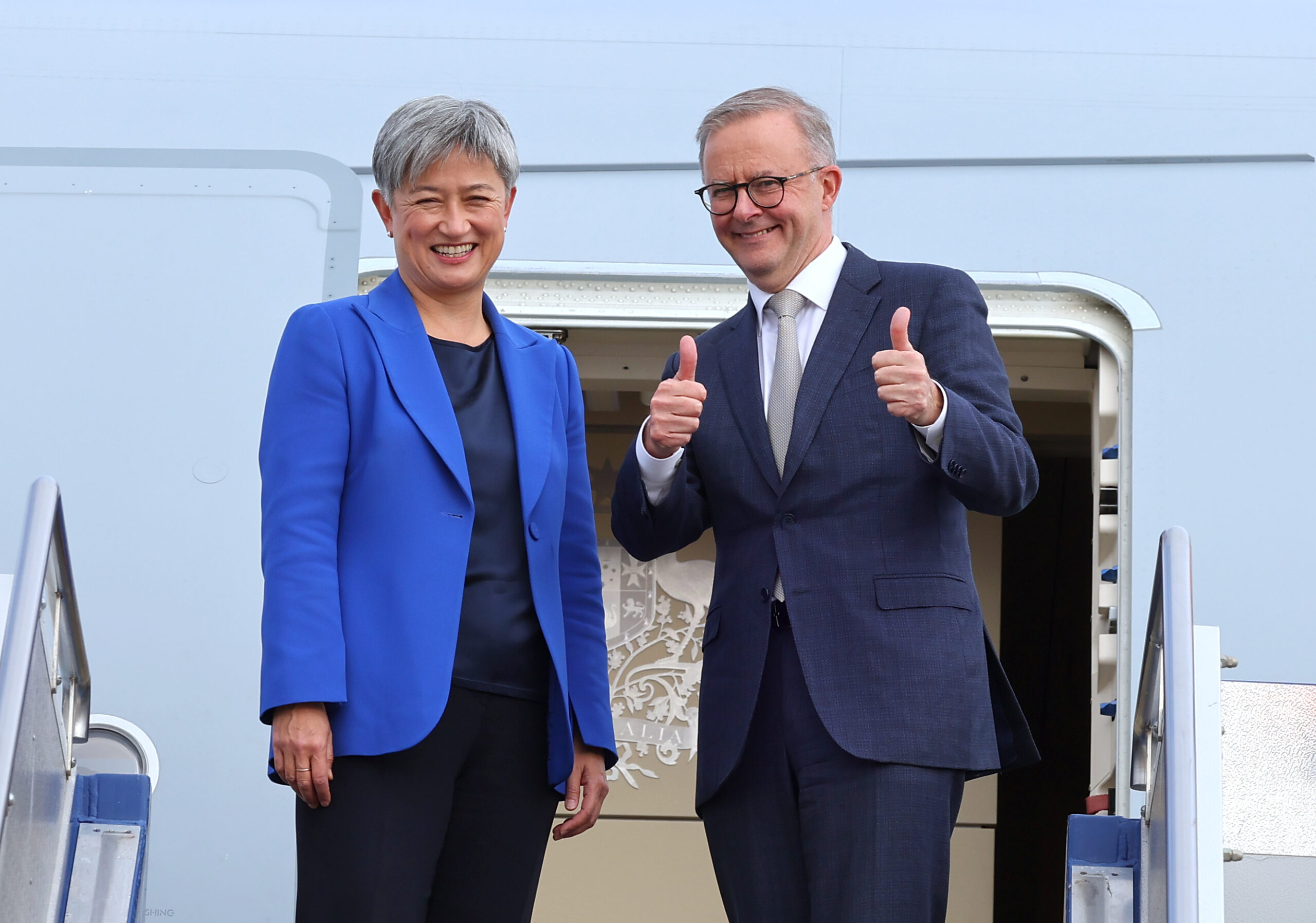 Australian Prime Minister Anthony Albanese on May 23 stands with newly appointed Foreign Minister Penny Wong, at the door of their plane in Canberra, Australia. (David Gray/Getty Images)
By Alex Willemyns

Australian Prime Minister Anthony Albanese has had a solid first week in office, earning approval from a slim majority of Australians and even a third of voters aligned with the conservative coalition he ousted from power last month, according to a new Morning Consult survey. 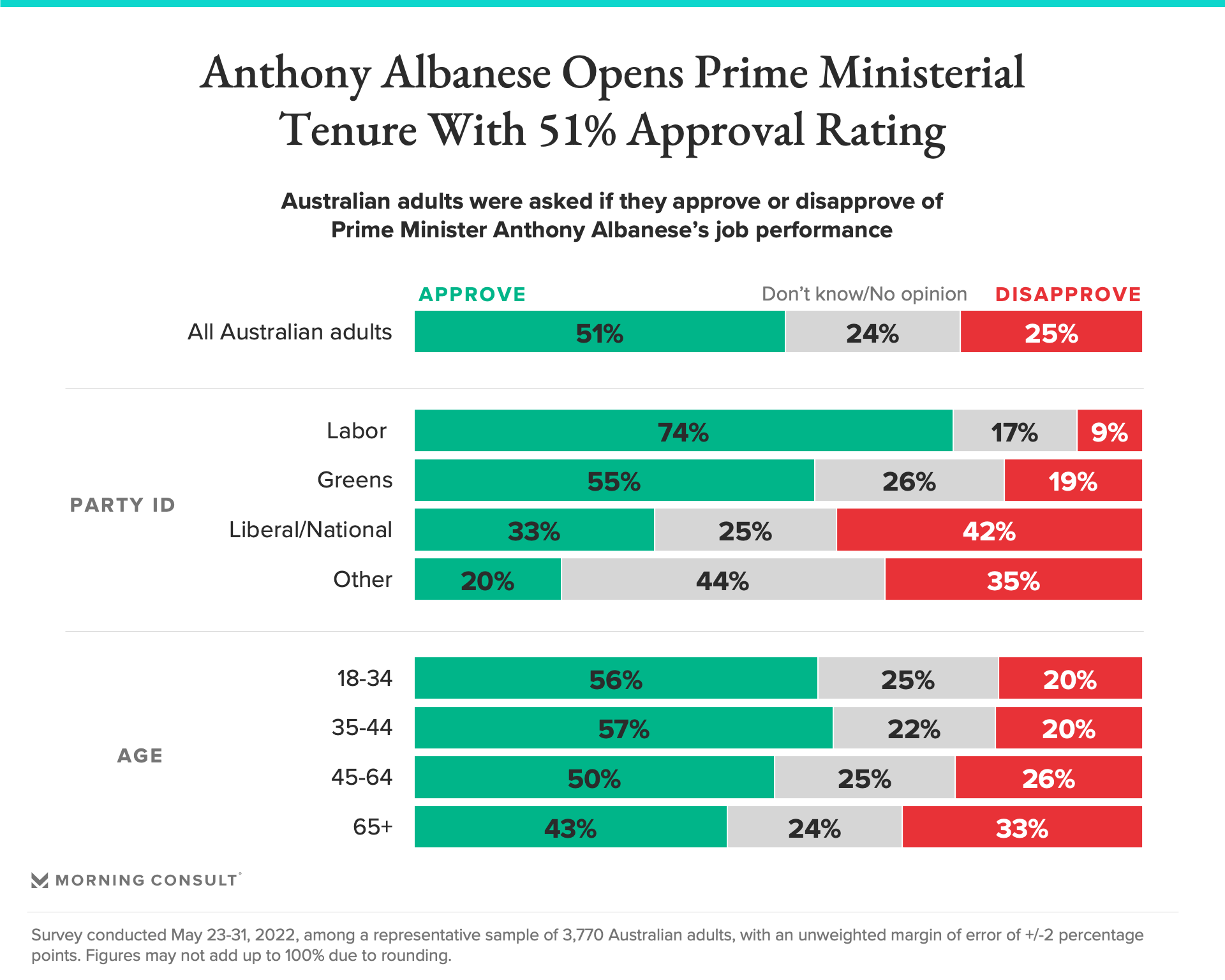 Foundations for a long Labor government

Albanese, a former deputy prime minister, was sworn in on May 23, restoring occupancy of The Lodge to the center-left Labor Party and ending nearly a decade of conservative rule in Australia. But he comes to office after Labor recorded its lowest primary vote since World War II, and a surge of votes for the Greens and “teal” independents means he will govern with only a three-seat majority in Parliament.

However, former Prime Minister Scott Morrison’s Liberal/National coalition also recorded its lowest combined primary vote since the war. It lost some of its historically safest seats to the moderate “teal” candidates, who all ran on an anti-Morrison policy platform of combating climate change, establishing a national corruption commission and increasing female representation in Parliament. In fact, seats once held by the past three conservative prime ministers before Morrison — Malcolm Turnbull, Tony Abbott and John Howard — were all lost by his party.

With his opponents reduced to a rump, and now being led by Peter Dutton, a hard-line former police officer who has shaken off comparisons to Harry Potter villain Lord Voldemort, Albanese has set his sights on governing for at least two electoral terms by pledging to lead as a centrist.

In the wake of an election where fewer than 1 in 3 voters cast their primary vote for his party, Albanese could do worse than to stake out the center — especially as commentators on Rupert Murdoch’s Sky News vow to push the new opposition further to the right and an invigorated Greens party squeezes Labor from the left ahead of the next federal election due by 2025.

The latest survey was conducted May 23-31, 2022, among a representative sample of 3,770 Australian adults, with an unweighted margin of error of plus or minus 2 percentage points.