Americans Mostly Support the Status Quo in the U.S.-Cuba Relationship

With lukewarm support for reconciliation, the window for rapprochement with Cuba may have already closed 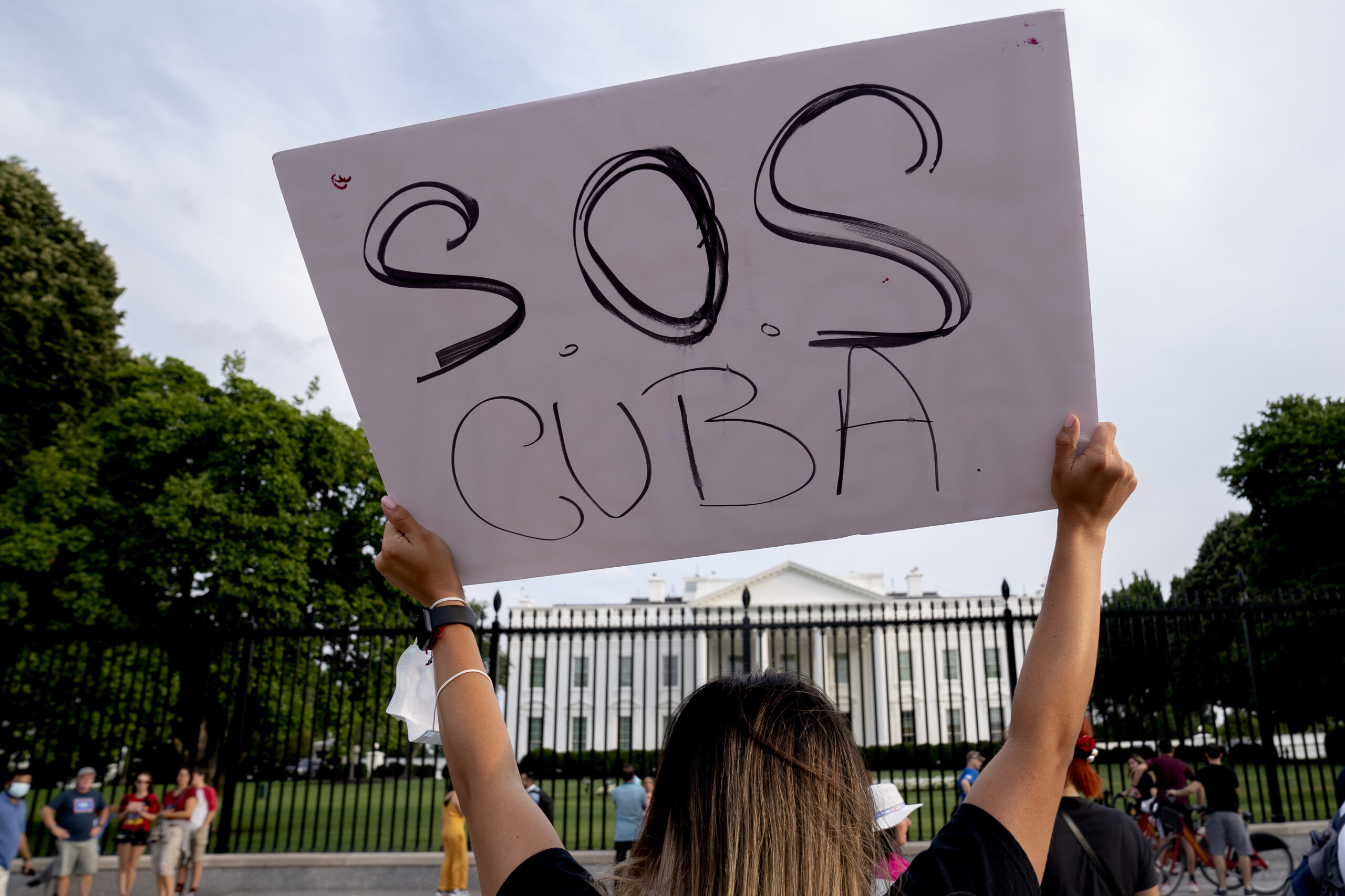 A demonstrator gathers with others outside the White House Washington, D.C., in solidarity with protests in Cuba in July 2021. (Stefani Reynolds/Getty Images)
By Matthew Kendrick

The Biden administration has largely turned a cold shoulder to re-engaging with Cuba after former President Donald Trump’s reversal of Obama-era rapprochement. A new Morning Consult survey suggests that stance is in line with public opinion: Reconciliation is not a priority for most Americans. 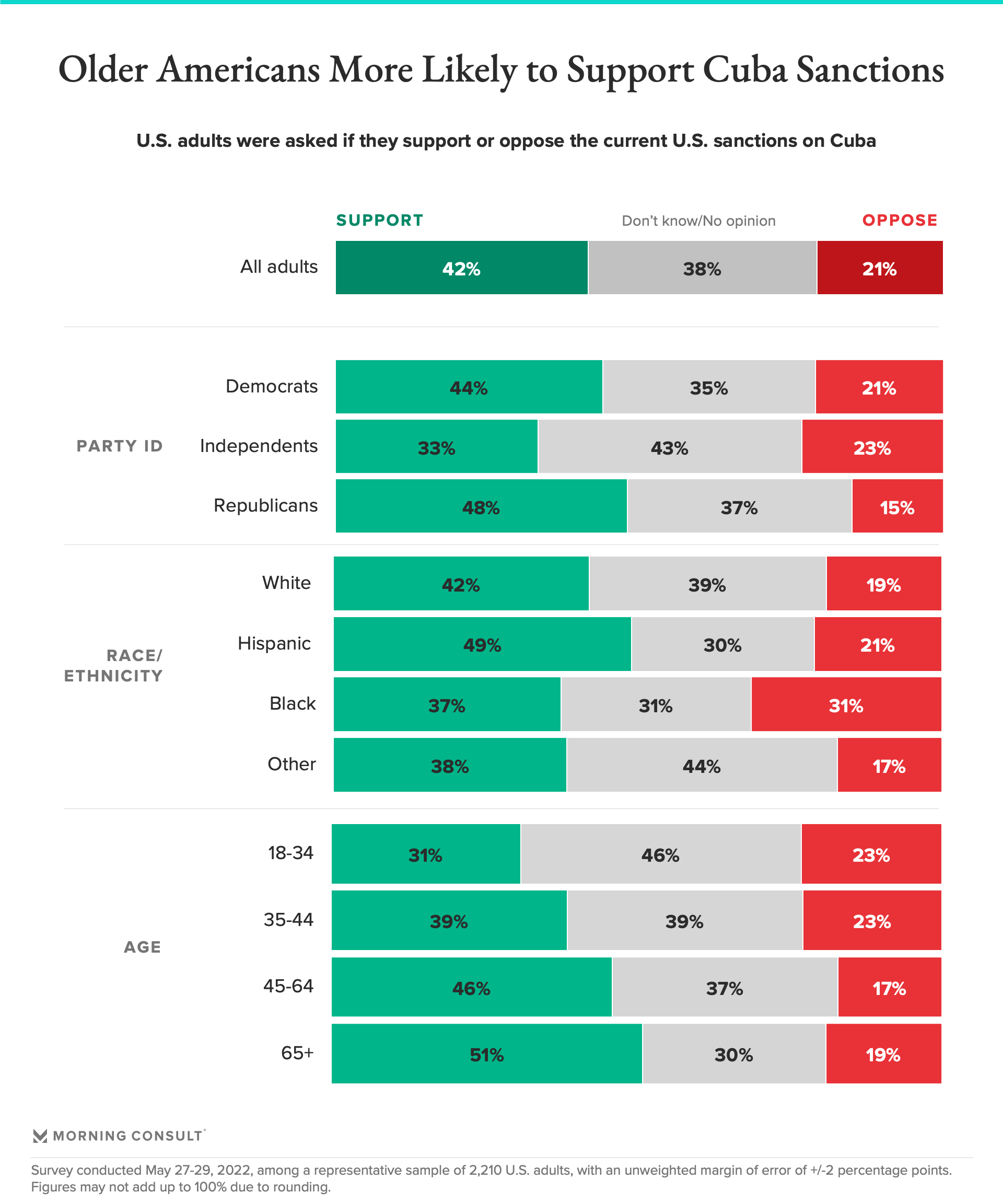 The recent history of U.S.-Cuba relations

One of President Joe Biden’s major foreign policy achievements during his time as vice president was the so-called Cuban thaw, which warmed up one of the Cold War’s last icy spots in the Western Hemisphere. But the Trump administration slammed the freezer door shut by ending bilateral travel, reimposing sanctions and designating Havana as a state sponsor of terrorism.

After taking the Oval Office, though, Biden dedicated little time to Cuba, and survey data suggests that may be a domestically savvy move. Even though opposition to current sanctions is highest among two key demographics for the Democrats, it’s by no means the consensus position. The Democratic Party is also confronting diminishing returns in recent election cycles with Hispanic Americans, among whom support for sanctions is strong.

That being said, Latinidad is complex, and the political interests of Cuban-Americans often differ from communities with roots in other parts of Latin America. That means hawkish Cuba policies that turn out the vote in Miami might not move the needle in Phoenix, Denver or Houston.

But U.S.-Cuba tension is already hurting the Biden administration geopolitically, after Mexican President Andres Manuel López Obrador reacted to the exclusion of Cuba, Venezuela and Nicaragua from this week’s Summit of the Americas in Los Angeles by declining to attend himself. That prompted the leaders of Bolivia and Honduras to announce they would also boycott, and led to criticism from the leaders of Chile, Argentina and multiple Caribbean countries.

“The reluctance of the U.S. to engage with Cuba further contributes to perceptions that the U.S. proclaimed solidarity with the region does not translate into concrete new policies,” said Lorena Barberia, associate professor of political science at the University of São Paolo.

U.S. adults were asked whether they supported the following policies toward Cuba:

Americans are most likely to oppose remittances for Cubans