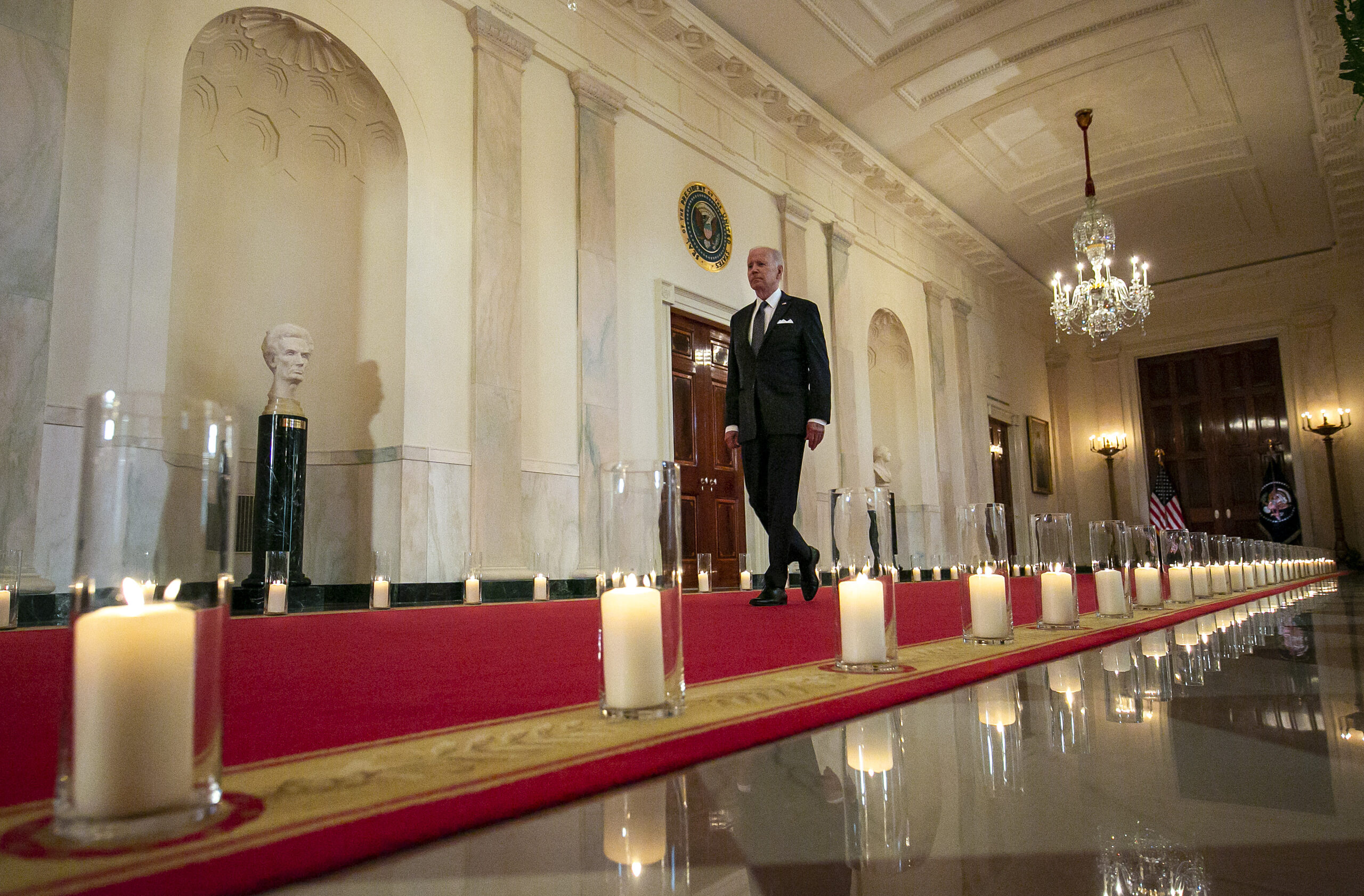 President Joe Biden walks to the podium on June 2 to deliver remarks on recent mass shootings in the United States. (Kevin Dietsch/Getty Images)
By Eli Yokley

President Joe Biden’s job approval rating has reached a new low, according to Morning Consult/Politico tracking, slipping below 40% for the first time since he entered office.

Surveys conducted in 2021 and 2022, among a representative sample of roughly 2,000 registered voters each, with unweighted margins of error of +/-2 percentage points.

Related: Despite Stumbles as Kingmaker, Trump Is Still Dominating the 2024 GOP Primary Field

Biden’s diminishing standing should be alarming to Democrats working to hold control of Congress in the midterm elections this fall. While Biden’s decline has not yet dragged down approval for most Democratic incumbents on the Senate side of the aisle, studies have shown an increasing association between a party’s House performance and their president’s job approval rating.

When it comes to this president, specifically, surveys at this point have found that an aversion to Biden doesn’t necessarily mean a vote against the Democratic Party come November, though that likely provides little solace given the bleak nature of the political environment.

Voters Are Split Down the Middle on Generic Midterm Ballot

Voters were asked whether they would vote for the Democratic or Republican candidate if the election for U.S. Congress was held in their district today

Survey conducted June 4-5, 2022, among a representative sample of 2,006 registered U.S. voters, with an unweighted margin of error of +/- 2 percentage points.

Biden’s impact on the midterm ballot

The latest Morning Consult/Politico survey was conducted June 4-5, 2022, among a representative sample of 2,006 registered U.S. voters, with an unweighted margin of error of plus or minus 2 percentage points.