Consumers Are Cutting Back on Dining Out, Meat Consumption as Inflation Intensifies

Over half of U.S. adults say they’ve adjusted the way they eat or drink as a result of rising inflation, writes food & beverage analyst Emily Moquin 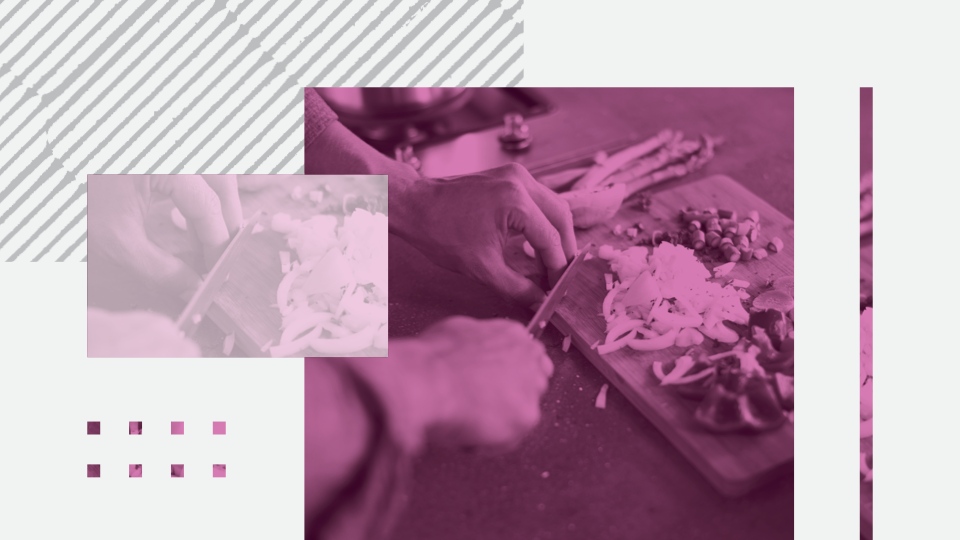 Food inflation has consumers across all demographics re-evaluating their choices around what and how they eat and drink to save money. Further increases in the most recent Consumer Price Index suggest this pressure is unlikely to ease anytime soon.

We know that last month 72% of U.S. consumers said they intentionally took steps to save money as a result of rising inflation. This comes as the overall Consumer Price Index increased 8.6% year over year in May.

But new survey research finds that the food & beverage industry is being hit hard by inflation, with over half (53%) of U.S. adults last month reporting that they changed their eating and drinking habits as a result of inflation. Food & beverage brands may already be feeling this consumer sentiment, with the Consumer Price Index for food at home up 11.9% over the past 12 months, and this trend will likely continue as recession warnings strengthen. 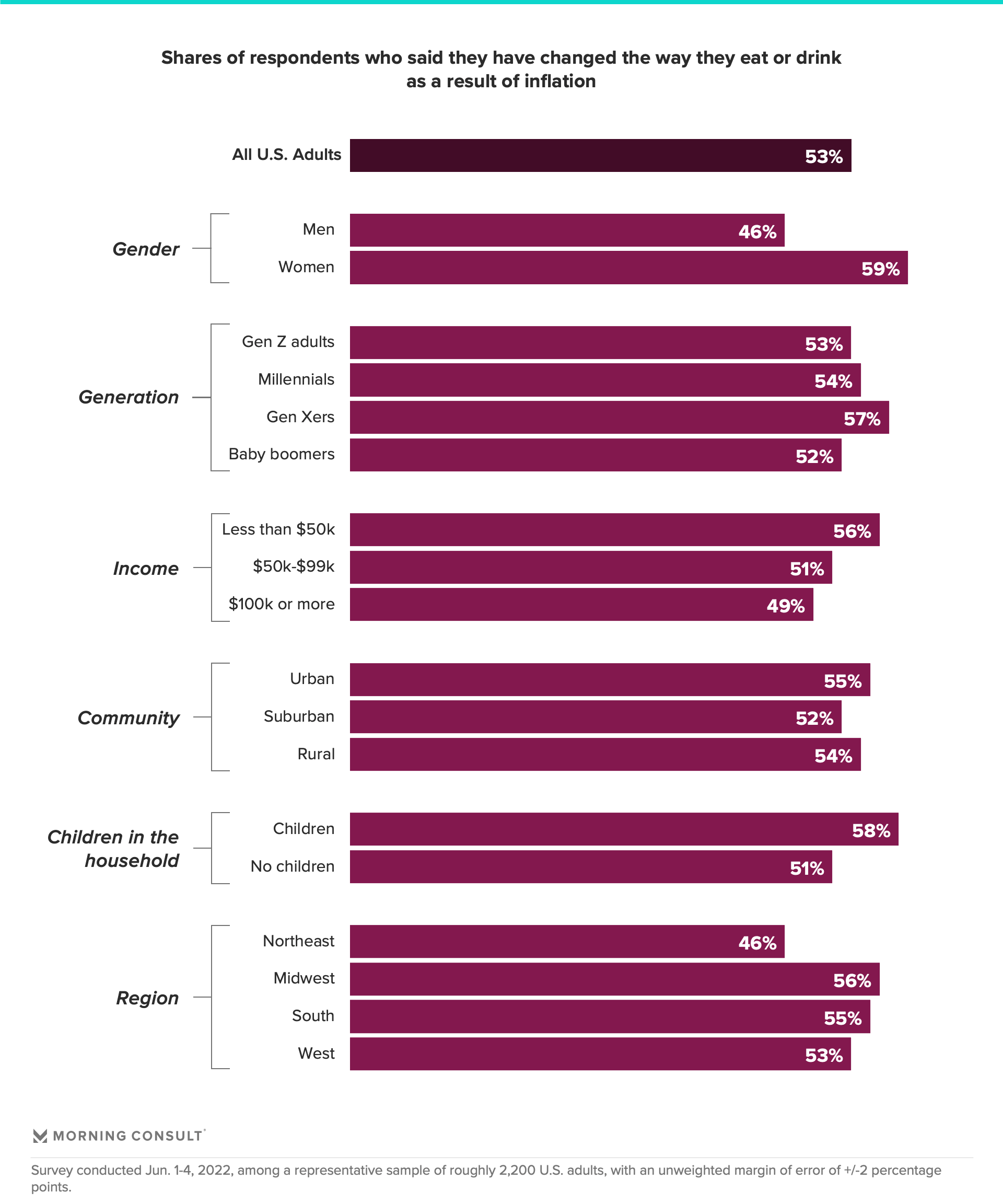 One of the biggest demographic gaps is between men and women. Women are 13 percentage points more likely than men to say they’ve adapted, likely because women are more likely to identify themselves as their household’s primary grocery shopper.

When it comes to overall changes as a result of inflation, restaurants and bars are on consumers’ chopping blocks. More than 8 in 10 respondents who say they’ve made adjustments are eating out at restaurants less often. Roughly three-quarters are going to bars less often. Consumers are also cutting back on specific, high-priced categories like meat, as well as discretionary categories such as alcohol.

Health and wellness behaviors might be deprioritized for the time being, too: Among those who’ve made changes, over half said they stopped buying organic produce, and 22% said they stopped a specific diet due to inflation. 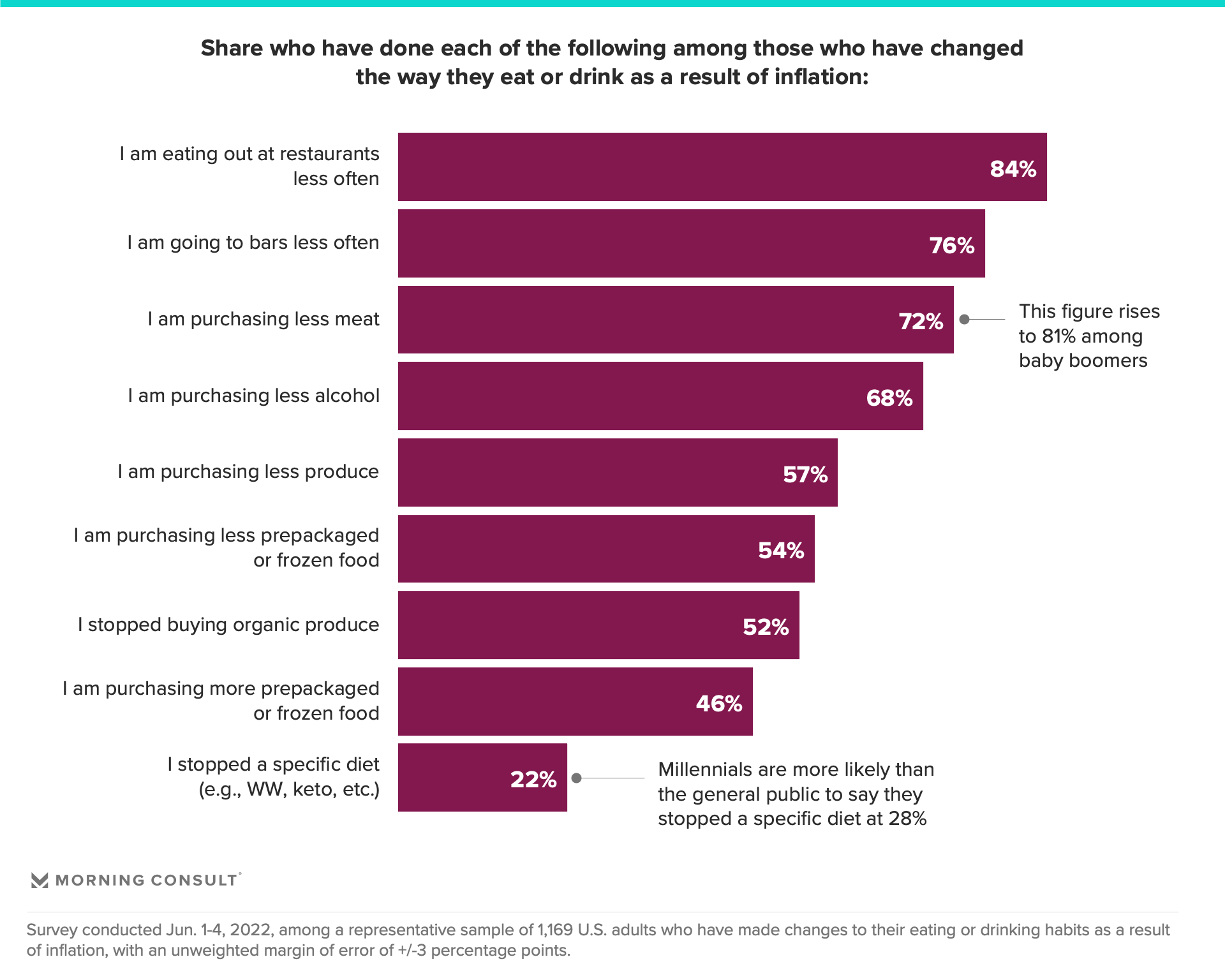 Despite this challenging environment, there is still opportunity to position offerings competitively. For instance, the share of consumers who say they’re buying more prepackaged or frozen food is nearly as high as the share who say they’re buying less. This comes down to the competitive set. For the 46% of consumers who are buying more, those products may offer solutions for busy days and nights as a cost savings compared with restaurant meals.

Amid decades-high inflation, people are hungry for solutions to rising prices. It’s important for brands to note that those solutions come in many forms. Not only are consumers adapting their grocery shopping behaviors, but they’re also adapting their overall patterns of eating and drinking. No matter who a brand’s target consumers are, chances are they are adapting to ease the pressure of growing prices.